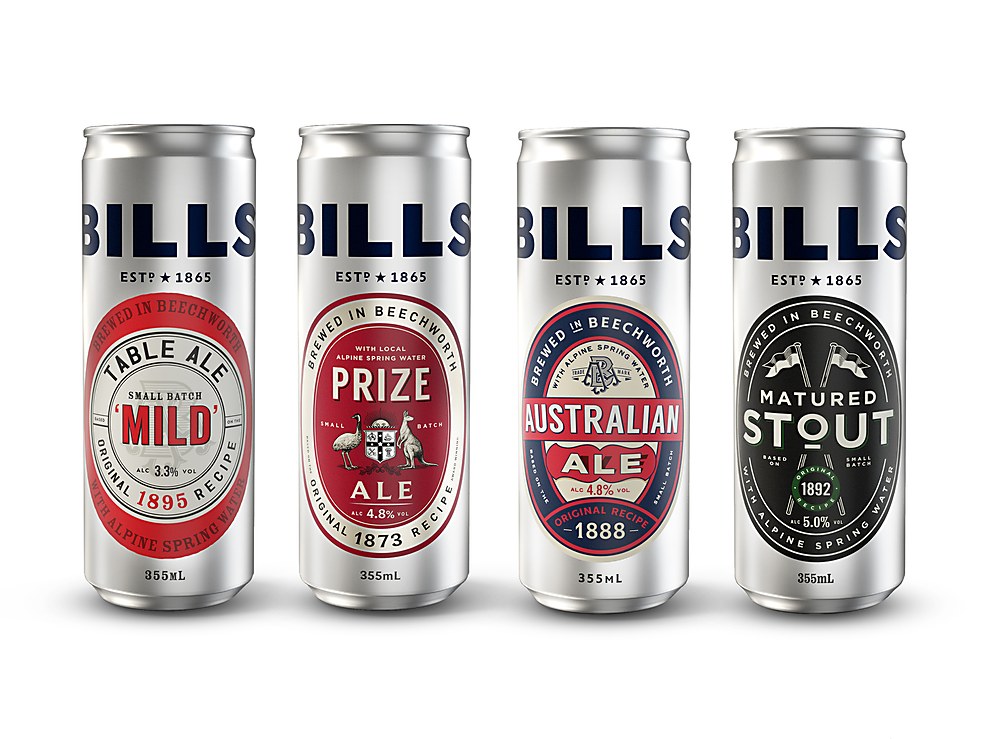 Background: In 2017, new owners bought Murray Breweries, returning it to its original name: Billson’s Brewery. They were passionate about the revival of the brewery, and they had a fervent commitment to using local ingredients and the Alpine spring water that bubbles up from their on-site spring. Most recently, the brewery has started to produce beer again. The drinks that Billson’s produces appeal to the visitors to the historic Australian hometown of Beechworth, and foodies and craft beer enthusiasts throughout Australia.

Reasoning: We wanted the design for the craft beer range to be impactful and single-minded to play into the cues of today’s craft beer category. Messaging on the cans is straightforward with simple, direct descriptors, while the bold color palette and metallic silver create a modern, contemporary feel. In contrast, the design of the four traditional beers is a subtle reimagining of the original labels from 70 years ago.

Challenges: Working across such a huge time difference with the client in Australia and Cowan in London, but we managed it!

Favorite details: The subtle imperfections within the typography and graphic elements that relate back to the original Victorian labels. Although the label designs have been simplified and modernized to resonate with today’s consumer, the touch of hand-drawn imperfection and irregularity and the slight quirkiness has been retained, which we felt was important to deliver authenticity.

Visual influences: The Victorian labels that were discovered during brewery renovations. Since Billson’s was creating new beers inspired by the brewery’s original recipes, we took the same approach towards the packaging design.

Each one of the craft beers is inspired by a historical item from the brewery: a copper kettle for the Pale Ale, the brewery’s tall chimneys for Lager, Billson’s own 1950’s yellow Chevy pick-up for Golden Ale and a horse-drawn cart for the Porter. For the heritage range, we took the most distinctive elements of the historic labels and reworked them for a modern eye. The brand mark Billson’s is also faithfully replicated on the cans, taken from the hand-painted branding that appears on the brewery building. The design mimics the huge, bold type from the original, giving them a super-confident feel.

Specific demands: Because Billson’s is a new brand, we struck a balance between establishing it as a credible brand in the crowded Australian craft beer market, while giving each product range individual touches to engage consumers. It was also important that we found a way to convey Billson’s rich heritage, but in a way that would connect with a contemporary audience. 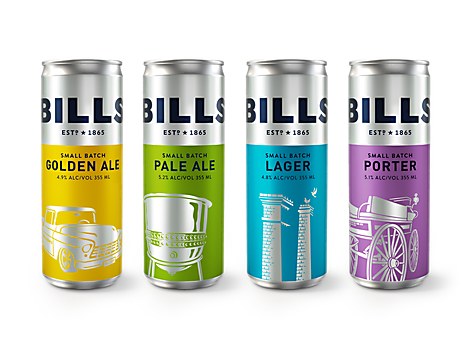 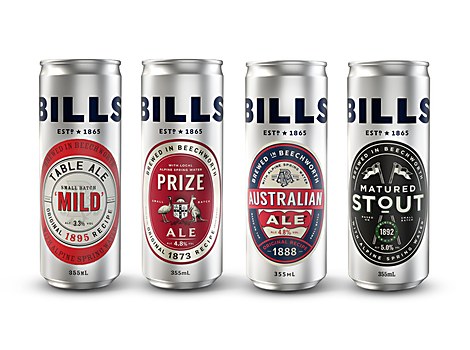 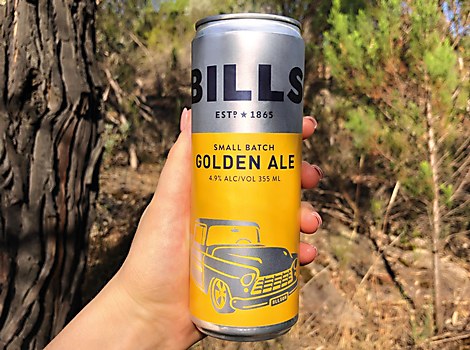 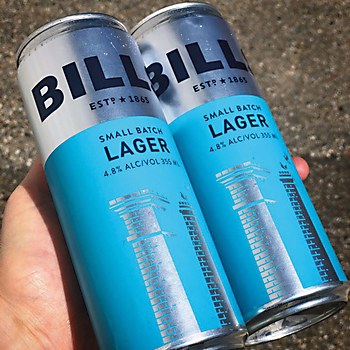 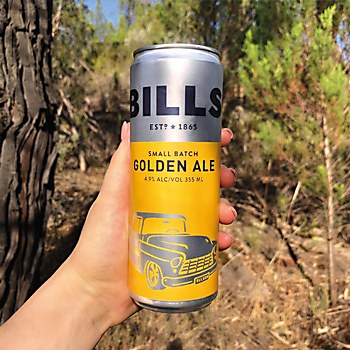 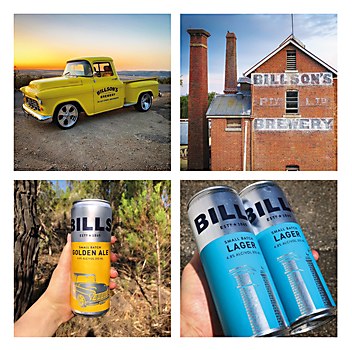 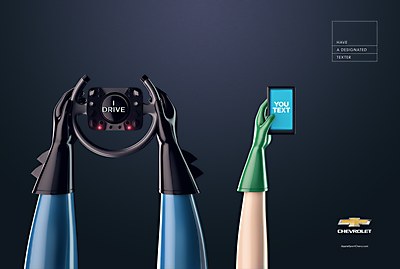 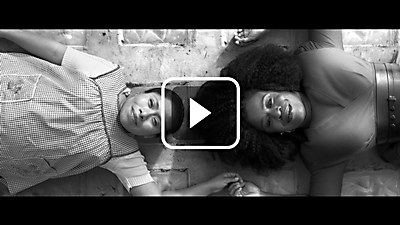 Exhibit / Advertising
Netflix short film
“Make Room” showcases Netflix’s deep commitment to diversity in all its forms and how it is a necessity for new stories today. 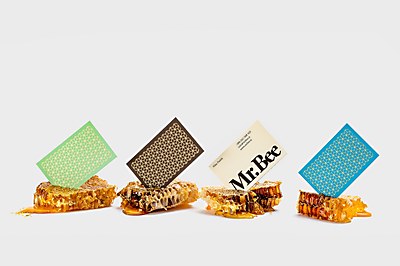