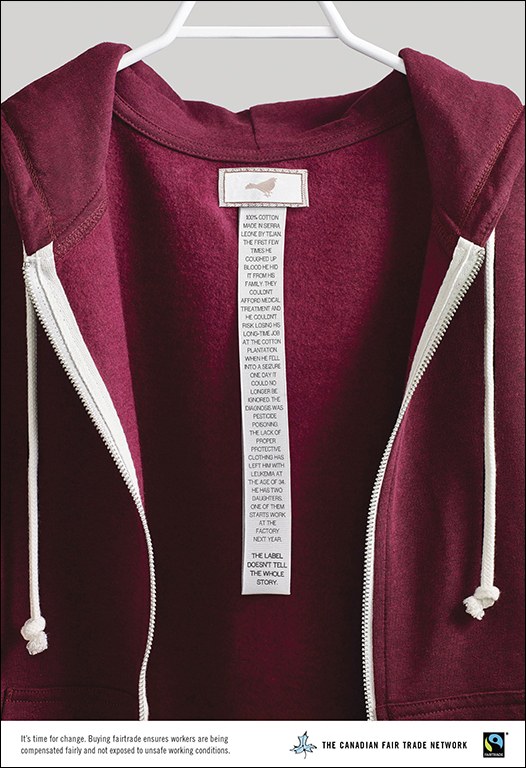 The Canadian Fair Trade Network (CFTN) is a non-profit organization that works with civil society and industry stakeholders to advance awareness and support for fair trade in Canada. It supports collaboration and best practices within the fair trade movement to increase Canadian commitments to international social responsibility. The Canadian Fair Trade Network tasked Rethink Canada to create a campaign that brings awareness to the horrific working conditions in the clothing manufacturing industry. The Label Doesn’t Tell The Whole Story campaign reveals the perspectives of three workers at each level of clothing production: cotton farming, textile creation and garment manufacturing. While clothing labels merely tell us where our clothes are made, this campaign aims to tell the whole story of where and how a garment is produced, and shed light on how little we know about the products we purchase. Since its launch in February this year, the campaign has helped the Canadian Fair Trade Network engage hundreds of thousands of readers through coverage in major news outlets such as the Huffington Post, Daily Mail and BuzzFeed. Its site has seen increased traffic in the thousands and generated audience reactions in North America, Asia, South America and Europe.

The top tag reads: “100% cotton. Made in Sierra Leone by Tejan. The first few times he coughed up blood he hid it from his family. They couldn’t afford medical treatment and he couldn’t risk losing his long-time job at the cotton plantation. When he fell into a seizure one day it could no longer be ignored. The diagnosis was pesticide poisoning. The lack of proper protective clothing has left him with leukemia at the age of 34. He has two daughters. One of them starts work at the factory next year. The label doesn’t tell the whole story.” Read the others at Rethink Canada. 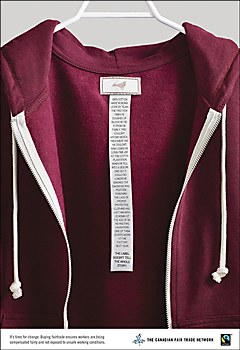 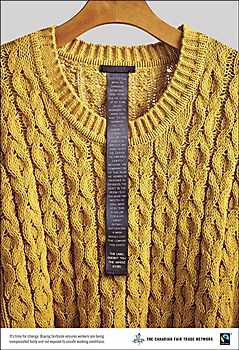 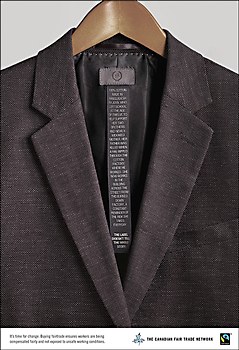 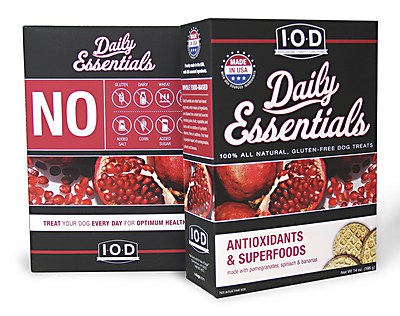 Exhibit / Advertising
adidas TV spot
adidas and 180LA show how true athletes compete for the moment in this spot. 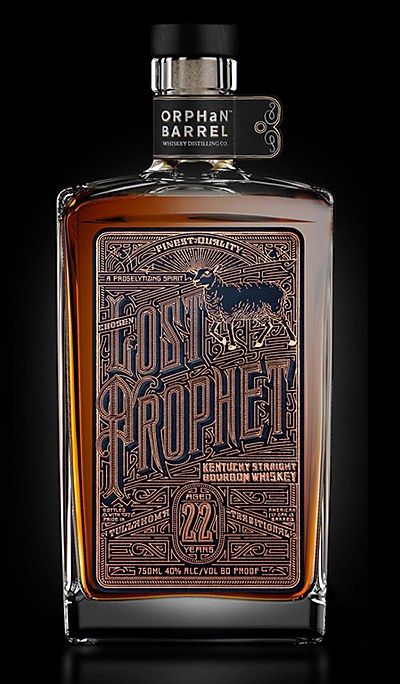