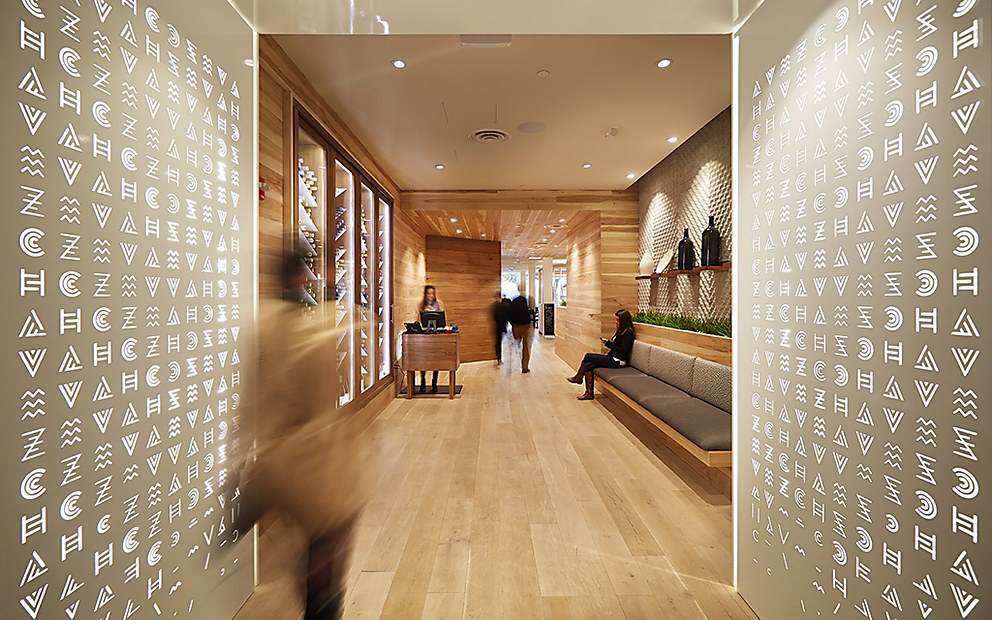 This contemporary Mesoamerican motif celebrates one chef’s take on the coastal cuisine of his childhood at the CHAVEZ restaurant at the Radisson Austin. The defining element of the CHAVEZ brand identity system is its pattern. Design firm FÖDA placed considerable time and value on developing a glyph palette, each representing an element of the project. This started in simple chalk studies and evolved into finely tuned elements cut from steel, burned into wood and silkscreened onto various strata. The glyphs symbolize the following: C, rings or droplets in water of the adjacent pool; H, the Congress bridge; A, flame from the kitchen; V, the hulls of canoes and rowing sculls on the river; E, the bats flying from beneath the Congress bridge; and Z, stairs leading from the banks to the riverside. Developed in six weights, the glyphs create patterns found in Mesoamerican textiles and pottery as well as contemporary Mexican folk art. In many applications, the pattern is deconstructed to terminate like a serape, fringed at the ends with a crisp line on the perpendicular. For the final exploration—posters and advertisements—the palette was further extended to recreate the very forms that inspired the glyphs. 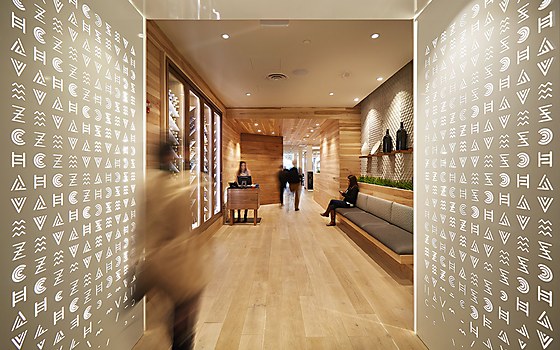 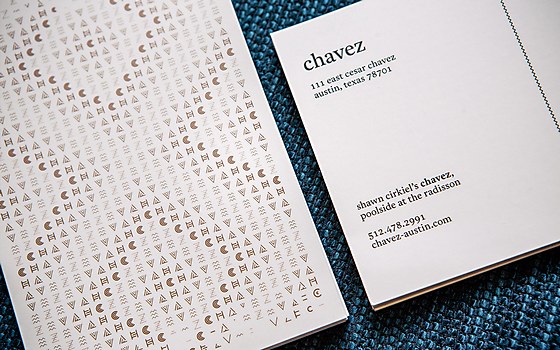 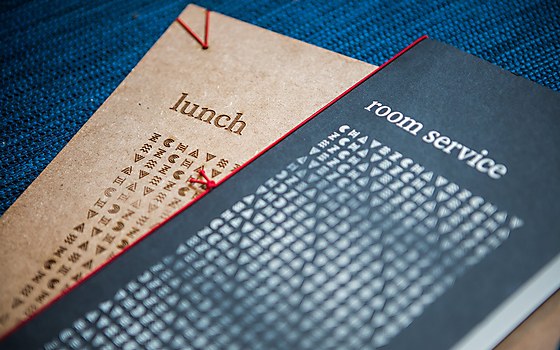 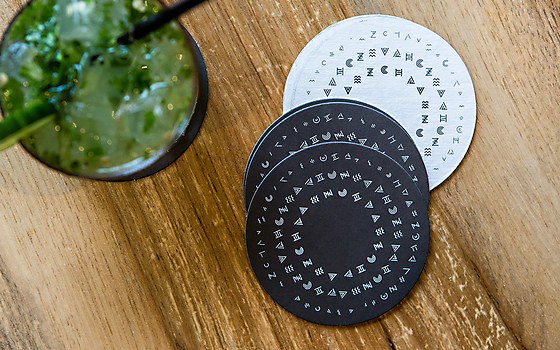 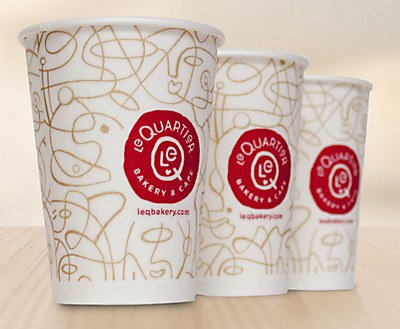 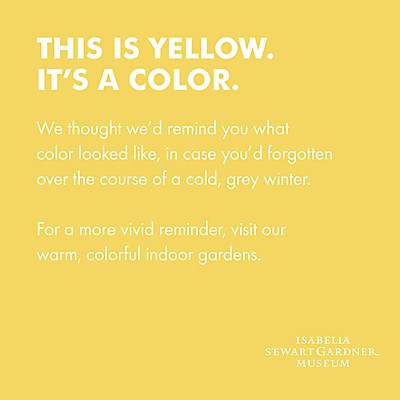 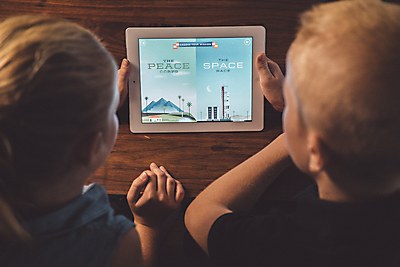