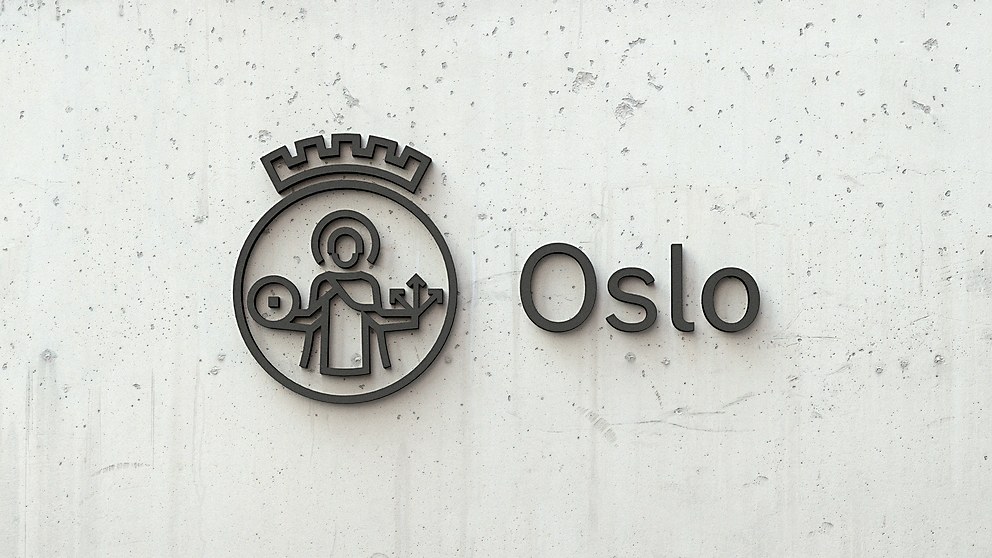 Unified yet flexible, the new identity for the City of Oslo is an ode to its various cityscapes and forests.

Background: The city and municipality of Oslo, Norway, had an outdated identity, which was largely unchanged for over 20 years. There were over 250 municipal logos in use that were created during these years; therefore, it was unclear to its residents what the city and municipality does. It was also estimated that the fragmented approach to communications cost the city over $5 million each year to maintain all these different identities, so, one of the main goals was simplifying and clarifying the identity.

Reasoning: We worked with the city to clarify its identity. We made a new logo by simplifying the city’s seal, and a flexible system inspired by shapes from Oslo’s streetscapes and architectural details. The shapes also spell Oslo as a word picture. In addition, the design system is the foundation for the Oslo Digital Design Assistant that we developed, where any of the city’s 53,000 employees can log into the online tool, choose a template style, input information, upload photos and receive designed and exportable layouts.

Challenges: Developing an identity that was unified yet flexible, allowing all communication styles and tones. There are many different communication needs and a wide range of applications and surfaces the identity will be used for. We wanted a dynamic system that would work as well in 2-D, in 3-D and in motion.

Favorite details: We developed Oslo Sans, a bespoke typeface for the project, and gave it a central role in the identity. Oslo Sans is inspired by many generations of streets signs in Oslo. The font adheres to the principles of universal design and is made with a utilitarian focus aiming to be functional and timeless, yet distinct enough to be recognized. A quirky detail is that the dots on the letters i and j, and the punctuation marks, alternate automatically to reflect the Oslo shapes.

Visual influences: The Oslo shapes abstractly refer to forms often found in Oslo’s streetscapes and architectural details in buildings like the Oslo City Hall, the Barcode Project or the Vigeland Park. The colors of the identity are inspired by Oslo’s cityscape: blue from the iconic Oslo trams and the Oslofjord; green from the parks, fields and Oslo’s protected forests; and warm and neutral colors inspired by the facades of the city’s buildings.

Specific demands: Designing a new identity for any capital city is especially challenging because there are many stakeholders involved, and residents have strong emotions and opinions when it comes to their city’s logo and identity. We had a transparent “design by committee” process and received a lot of feedback throughout the design process. 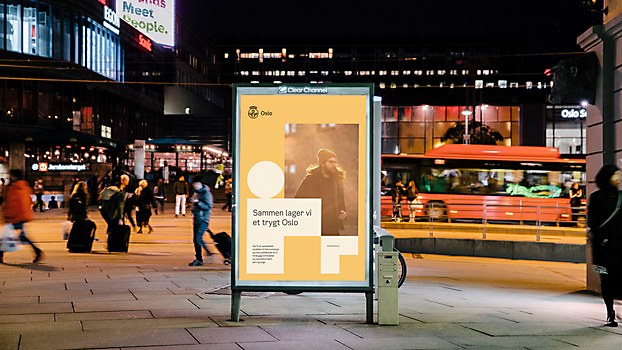 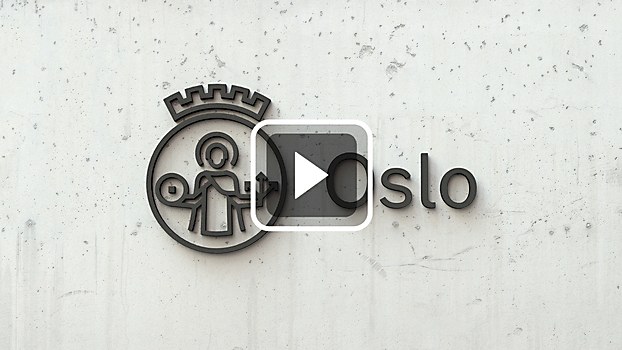 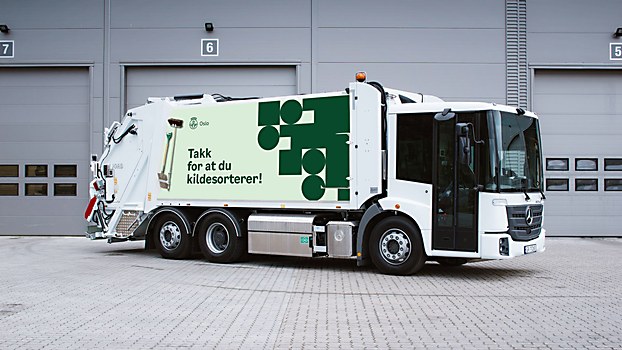 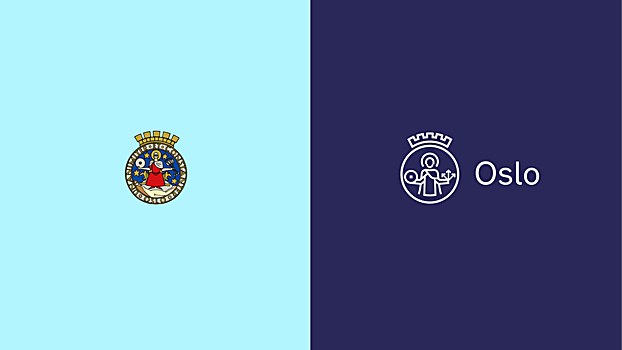 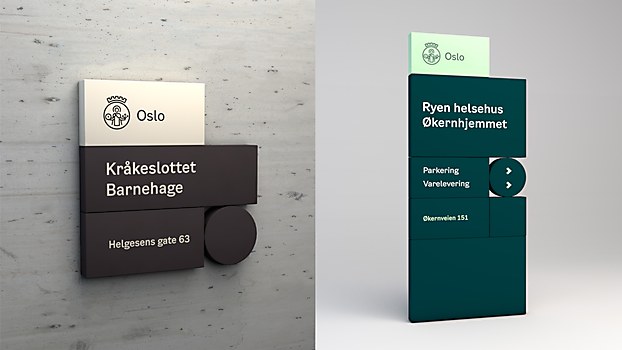 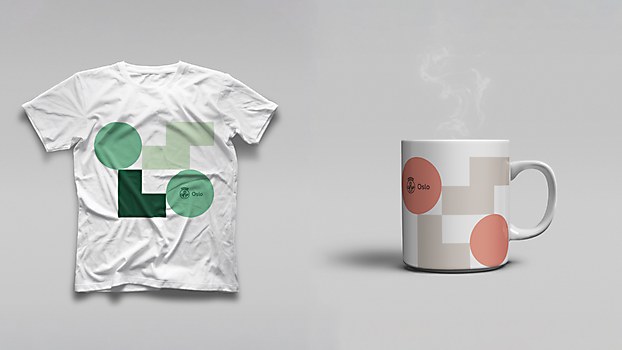 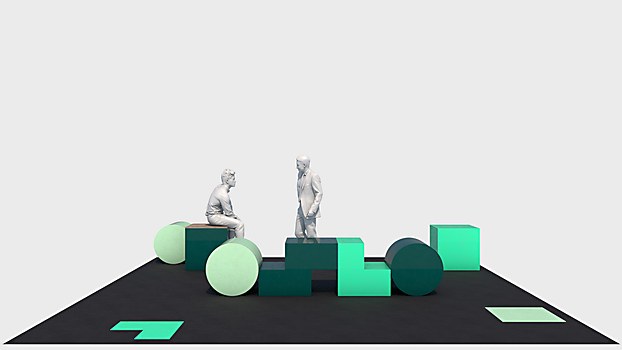 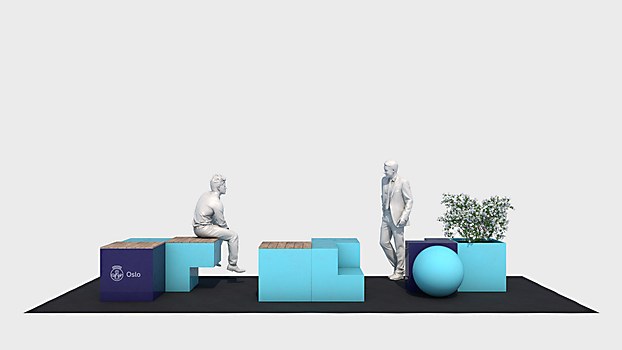 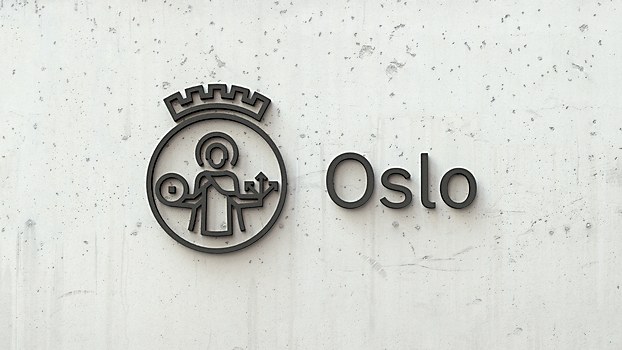 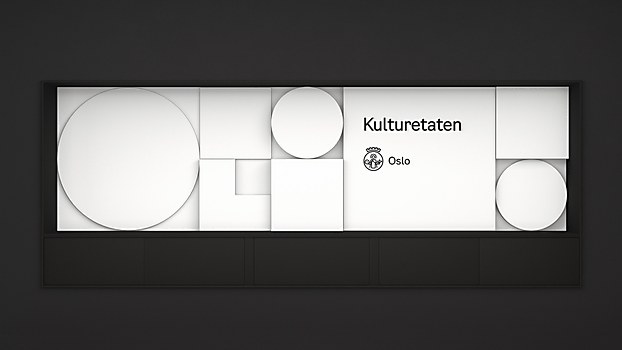 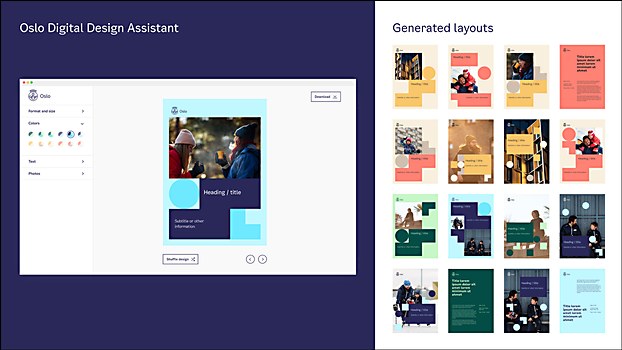 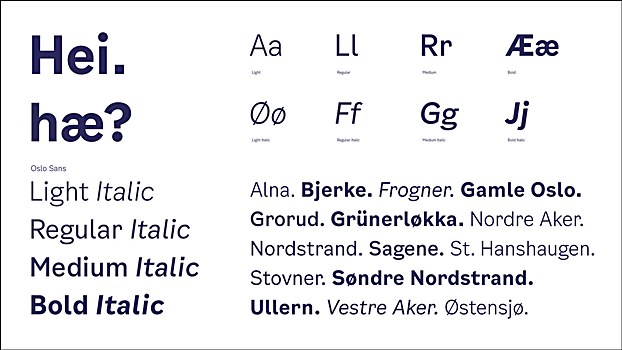 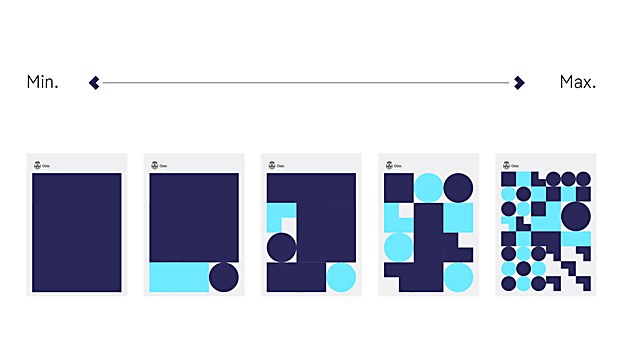 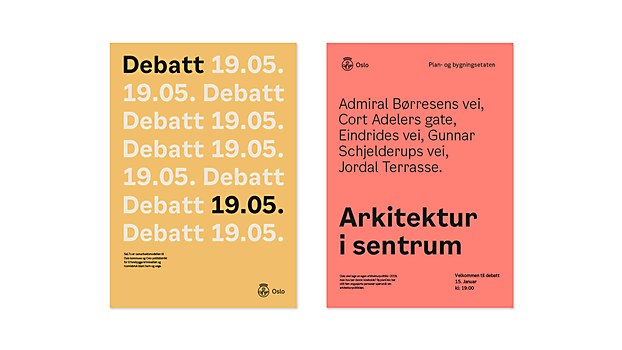 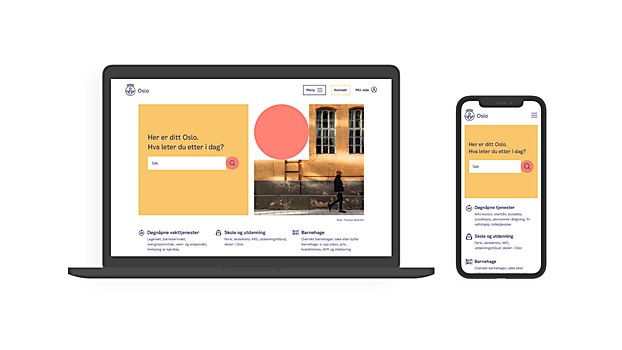 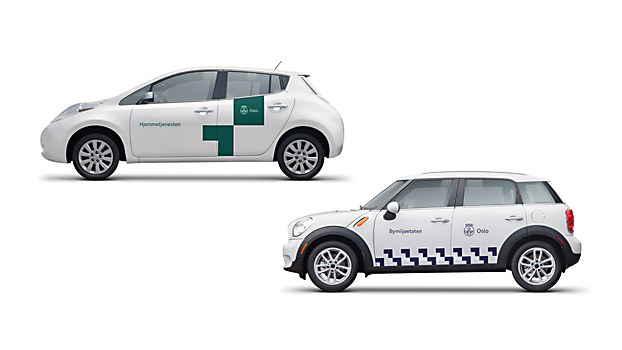 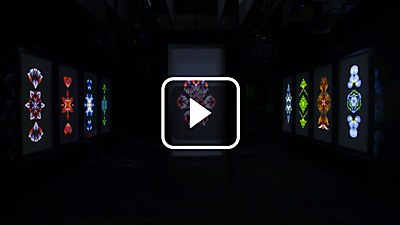 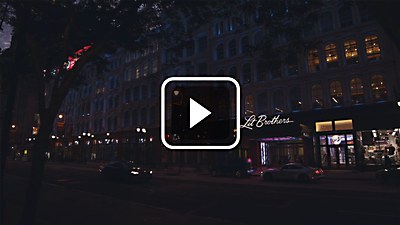 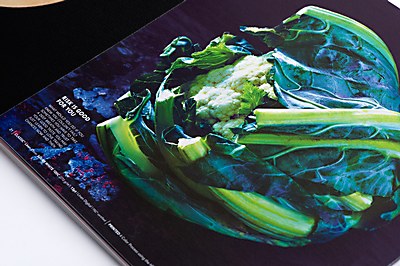