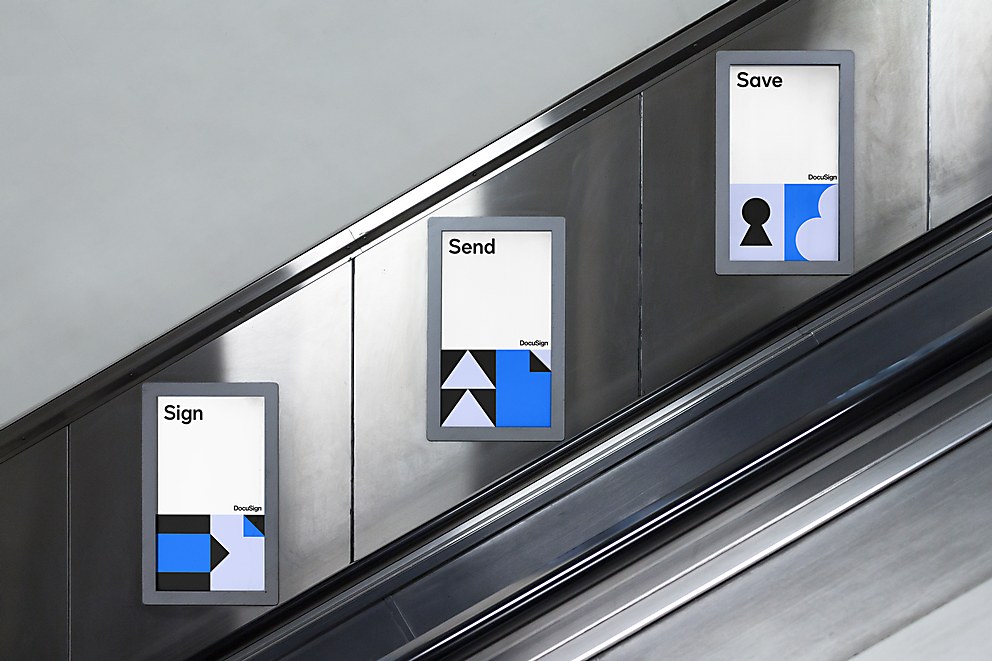 Minimalist yet playful, the identity for DocuSign emphasizes the eSignature platform’s core brand ethos of efficiency.

Background: DocuSign is the world’s leading eSignature platform, facilitating safe and secure business transactions on a global scale. Its forward-thinking approach emphasizes efficiency for its users and the environment, saving billions of pieces of paper through avoidance of wasted printouts for signatures. With brand principles rooted in efficiency, DocuSign needed an accompanying visual system to create greater impact, meaning and memorability.

Reasoning: Rather than simply creating brand illustrations, we, instead, developed a modular system that can articulate virtually any message from screen to billboard. The basis for this system is a suite of uniform gridded assets, which can be paired, combined or compiled for added meaning. With these simple iconic building blocks, we mirrored DocuSign’s core brand ethos of efficiency, communicating unlimited messages with minimalist means.

Challenges: Creating a modular system that could become a defacto language unto itself was the biggest challenge. Developing universal symbols that could be easily interpreted and also work together was fun and frustrating in equal measure.

Favorite details: Seeing the time and effort that went into creating robust system rules, which then translate with in ease in practice, is always rewarding to see.

Time constraints: The overall project time constraints actually fueled a thorough round of explorations, many of which looked great but did not function on the same conceptual level as the final system. Thankfully, having to move quickly actually aided the decision-making process. 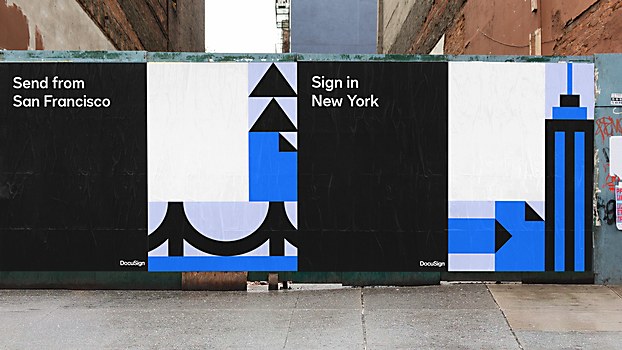 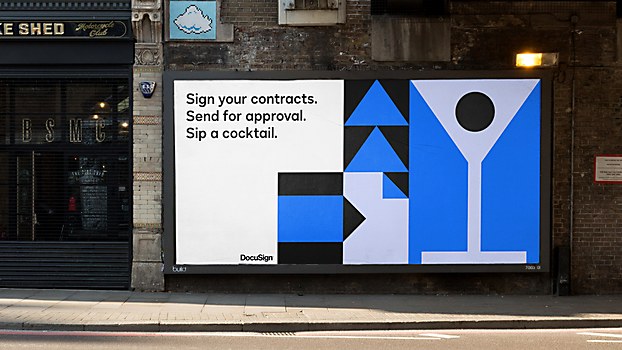 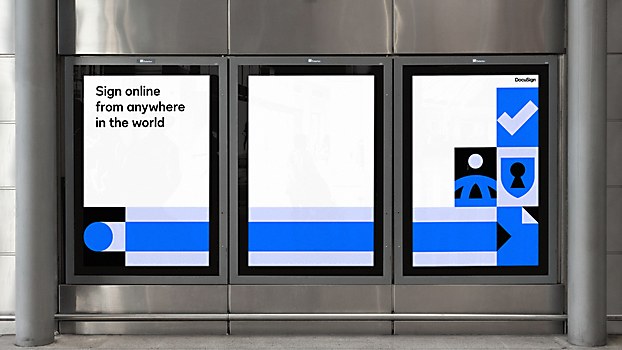 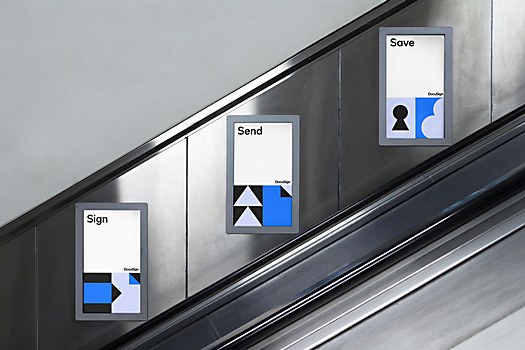 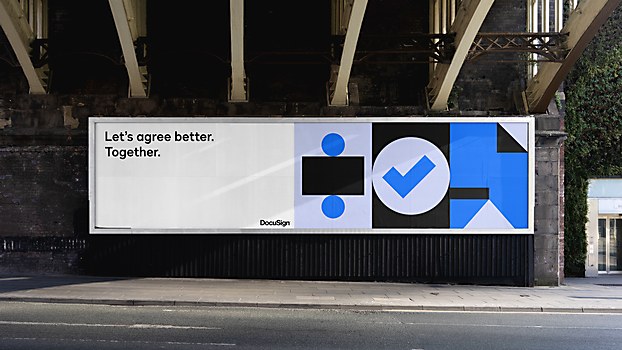 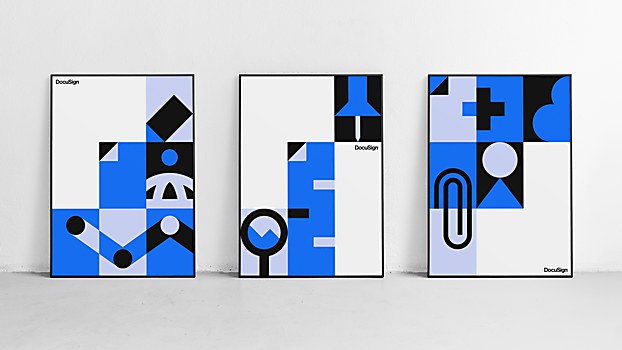 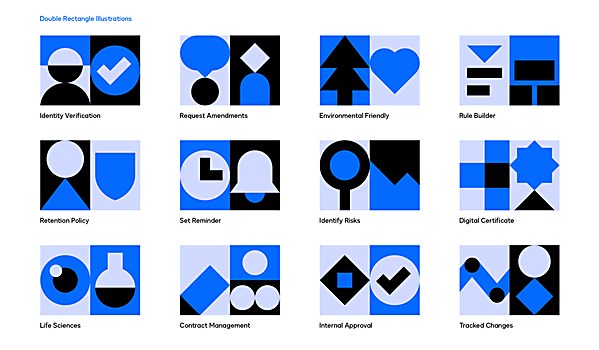 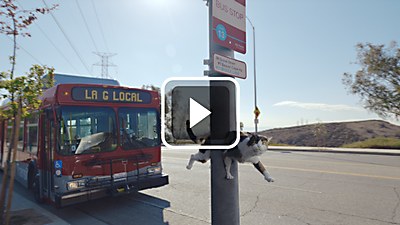 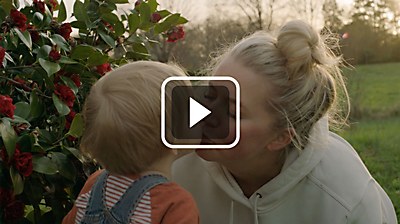