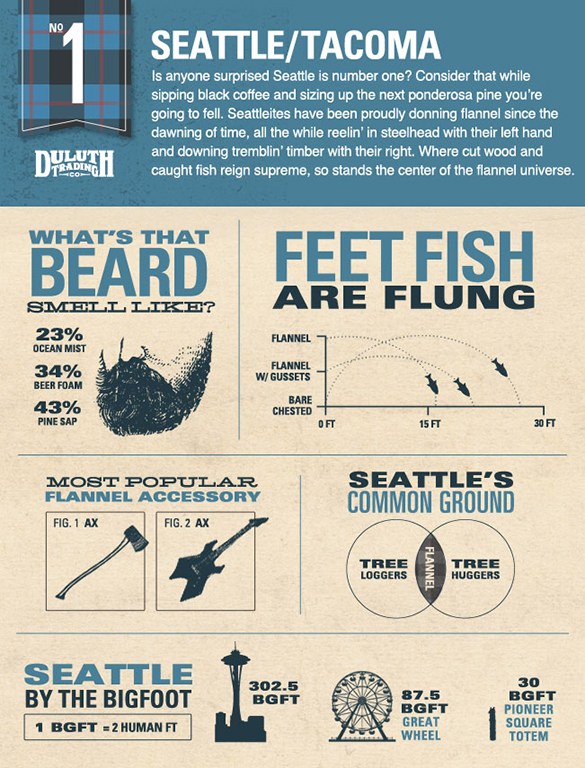 You may know which cities are the wealthiest, fittest or happiest, which ones have the most expensive apartments or the best donuts. But how does your city stack up when it comes to flannel? Thanks to Colle+McVoy’s Flannelytics infographics for Duluth Trading Company (purveyors of fine flannel), you need wonder no longer. The Flannelytics campaign was created to build Duluth’s momentum heading into the holiday season. The cheeky ads delight those loyal to the towns they love and give the brand a hipster edge, and the infographics helped launch the similarly irreverent Duluth Whatchamablog.

Response to the campaign has been enthusiastic and far-reaching. Flannelytics was featured in The Huffington Post as well as People StyleWatch, and got plenty of media coverage in the Top Ten Most Flannel Cities. After all, who doesn’t love being top-ten? 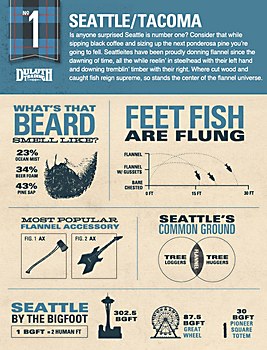 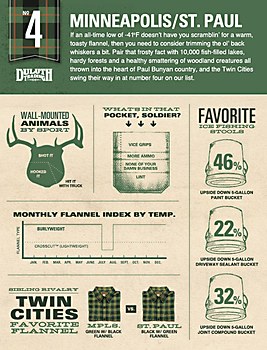 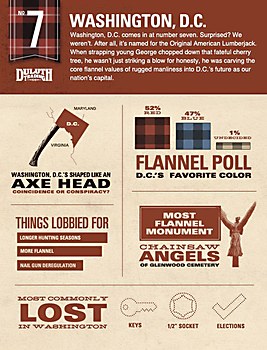 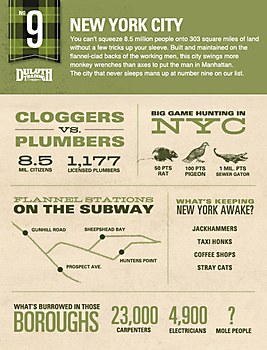 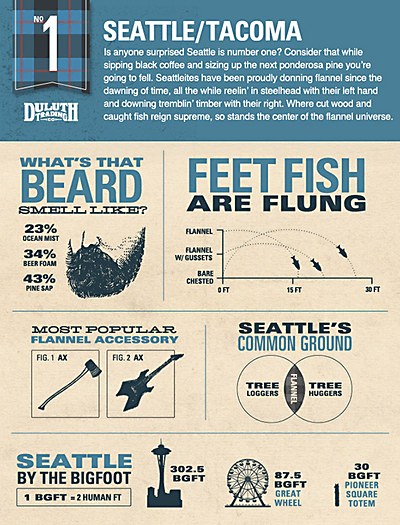 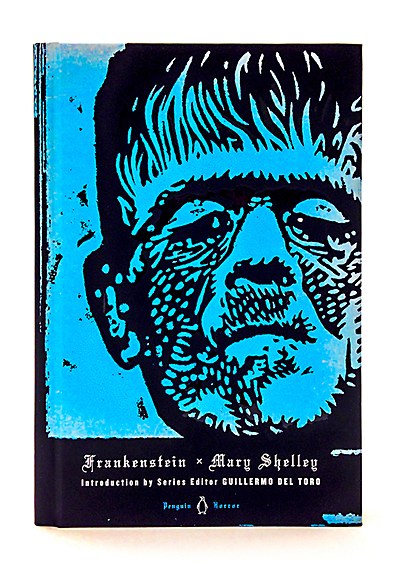 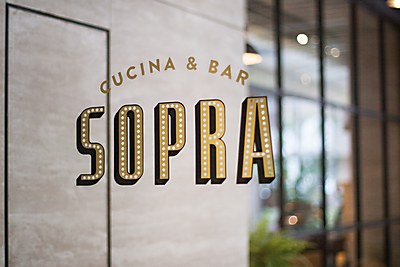