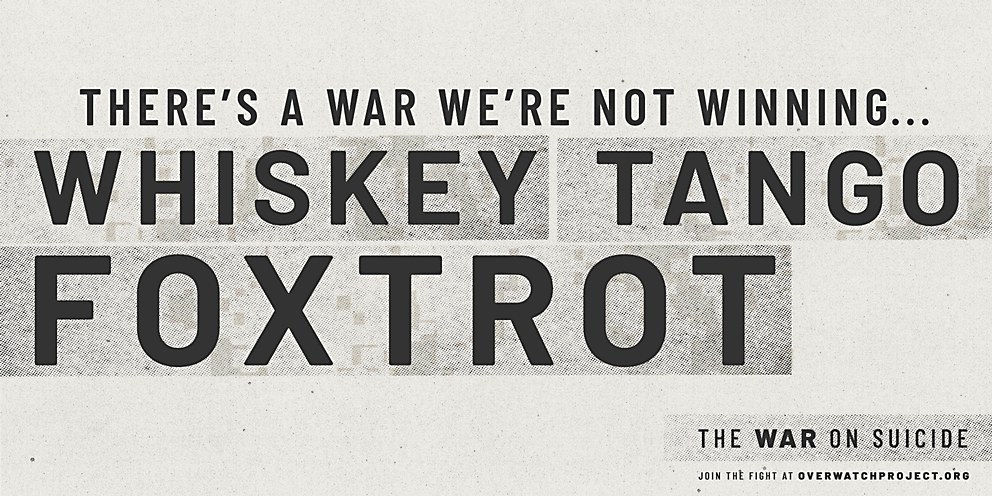 Insightful and witty, these OOH ads for FORGE speak to veterans in a language that only they would understand.

Background: Every day, more than 20 American veterans and active military take their own lives. The Overwatch Project, an initiative of our nonprofit client FORGE, is focused on creating new tools to save lives and end veteran suicide via outreach campaigns and a new online peer platform. Our job was to create a campaign to reach a younger generation of veterans, who have the highest suicide rates.

Reasoning: After serving in the military, many veterans face challenges coming home, including a sense of isolation and loss of purpose now that they are no longer serving the military. These challenges contribute to the high veteran suicide rate. The campaign we created taps into veterans’ desire to continue serving by enlisting them in the “War on Suicide.” The idea behind the OOH campaign is to speak in a language only veterans understand by using the military phonetic alphabet and slang military acronyms to raise awareness and drive people to the Overwatch Project’s online suicide prevention resource platform. We did this to show vets that they are not alone in their fight on suicide, and there is a new organization out there that truly understands them.

Challenges: Ensuring authenticity. We enlisted a team of veterans to ensure we got the slang, acronyms and message right. It would have been disastrous to attempt to “speak to veterans in a language only they understand” and then get the language wrong.

Favorite details: Because we were using military slang and acronyms, we were able to inject some humor into the conversation about preventing veteran suicide. An example is this line: “There’s a War We’re Not Winning . . . Whiskey Tango Foxtrot.” “Whiskey Tango Foxtrot” means “WTF”; “Whisky Alpha Romeo” means “WAR”; and “QRF” means “Quick Reaction Force.”

Visual influences: One of the brand identity themes for the Overwatch Project campaign was “night vision,” because the campaign is focused on something that can help veterans find their way out of the dark. The pixilation on the OOH echoes the grainy view through night vision goggles. We also applied a subtle camouflage pattern to echo the pattern on military uniforms.

Anything new: As part of this project, our team learned a great deal about veterans, their challenges, and veteran and military culture. Our client FORGE had worked with more than 300 veterans on a pilot project leading up to the campaign, and we were able to tap into that network to ensure we got it right. 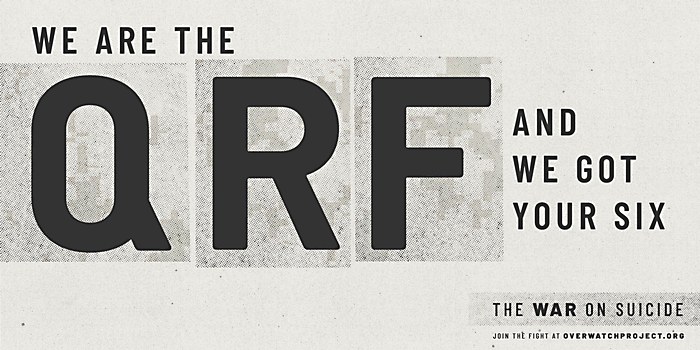 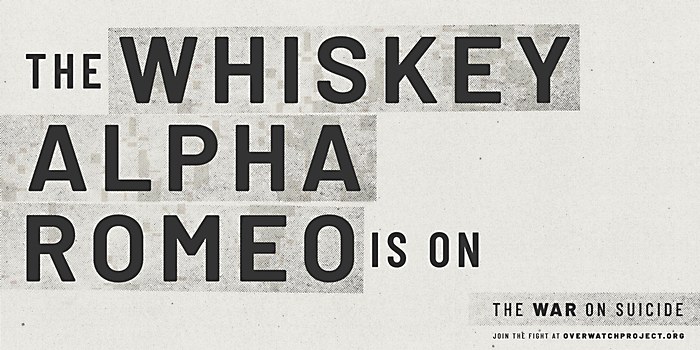 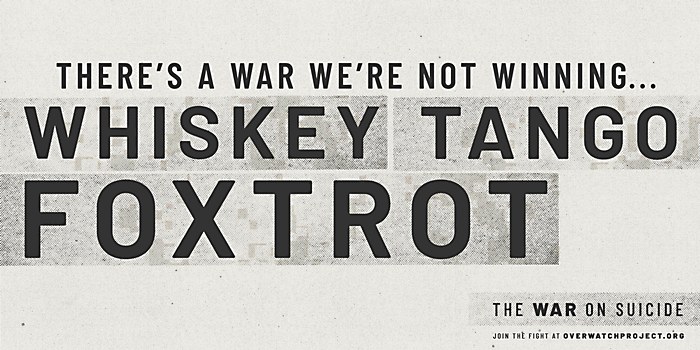 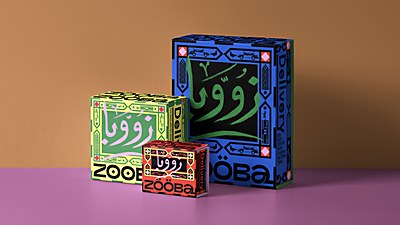 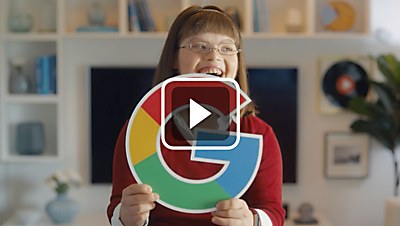