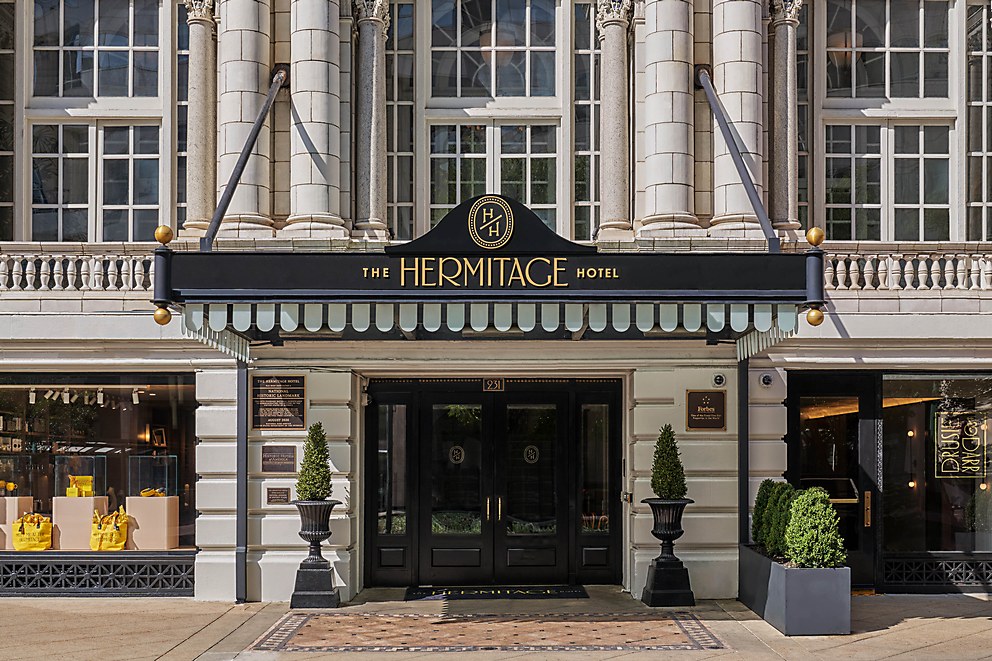 Mucca’s new identity for this Nashville hotel features a bold yellow that references its historical import to the US suffragette movement.

Background: The Hermitage Hotel in Nashville, Tennessee, once played a key role in the women’s suffrage movement when Tennessee’s senators and representatives attended a special session called by the Governor. At stake was the right to vote for women, and the Hermitage Hotel became an infamous backdrop for political leaders in the weeks and months leading up to ratification. Mucca’s rebranding for the hotel draws upon the bold yellow roses of the pro-suffragists and includes a custom typeface named Suffragette.

“In many ways, this was the same brief that we receive time and time again—to update the brand identity to appeal to a younger, more contemporary audience without alienating the longtime, loyal clientele,” says Sean O’Connor. “As the Hermitage Hotel’s past is riddled with an eclectic array of past logos, monograms, fonts and colors, our job was to define a clear point of view and consistent identity across all touchpoints for the hotel, all while injecting a sense of fun into the new iteration of what the identity would ultimately become.”

Design thinking: “We arrived at the final solution somewhat unconventionally,” says O’Connor. “It was through a round of revisions that we stripped back the initially proposed, historically Beaux Arts typography in favor of something less expected.

“One of several fonts the hotel was using at the time was University Roman,” he continues. “It’s a ubiquitous 1970s font from dry transfer–sheet manufacturer Letraset with wide ovals, narrow vertical strokes and a high waist. The truth is, it didn’t have anything to do with the hotel, though we liked the skeletal structure of the font. We proceeded to humor ourselves by reimagining this font as if it were a sans serif to modernize the typographic palette and, in turn, the whole visual identity. Turns out, it worked.”

Challenges: “Selling the client on the yellow,” O’Connor says. “It’s tricky presenting slide after slide of a yellow key card, followed by a yellow umbrella, followed by yellow stationery—and so on. This bold decision can initially seem jarring and hard to embrace overnight. And in our client’s defense, we get it. But we also like to challenge our clients because we feel it’s in their best interest to make some noise and be recognized.

“Needless to say, we explored dozens of other color pops as alternatives to our initially proposed yellow,” he continues. “After looking at countless options, the client ultimately returned to the yellow, trusting that it was the right decision but also finding comfort in its familiarity. Funny how that works.”

Favorite details: “In the initial stages of any design and concept development, we mockup many hypothetical designs to help contextualize the graphics with the project,” says O’Connor. “Whether it’s the umbrella or the signage on the awning, it’s always rewarding seeing these touchpoints come to life—not just physically produced, but in a brand guidelines–approved kind of way.

“For example, in addition to an arsenal of logos and monograms optimized for various sizes, we also equipped the hotel with what we call the ‘pattern logo,’ which can be scaled infinitely to be used on anything from tissue paper to a wallpaper backdrop,” he continues. “Seeing how they applied it to the shopping bags, for example, was a great testament to the fact that we created a relatively easy system to maintain without needing a graphic designer in-house.”

New lessons: “At Mucca, we usually design custom typefaces for projects,” says Matteo Bologna, “and unfortunately, the time it takes to finish one rarely corresponds to the budget allocated. In this case, we asked ourselves how we could produce a kick-ass project while being resourcefully nimble. So, we planned on designing an all-caps typeface to fit perfectly with the branding. That reduced character set unexpectedly simplified the design implementation of the brand because it reduced the possible number of decisions. It also made the design tighter and more effective.

“In learning from this experience, we’ve joked that for the next project, we will design a font without vowels and one without vowels and consonants for the project after that,” he continues. “Maybe in a few months, we will learn that just licensing existing typefaces is the way to go.”

Specific project demands: “We designed the project during quarantine and couldn’t go to visit the Hermitage Hotel, which is not an entirely uncommon issue,” says Bologna. “However, for this project, we were lucky to work closely with the hotel’s official historian, who gave us the whole background of the place. Similarly, we worked with a different historian for our branding of the Chicago Athletic Association Hotel and found it very helpful. It gave us access to many old documents, archival photography and anecdotes from the historian about the celebrities, musicians and politicians who stayed at the hotel. Having a historian at our disposal definitely helped us get to the soul of the place and created more layers of understanding.” 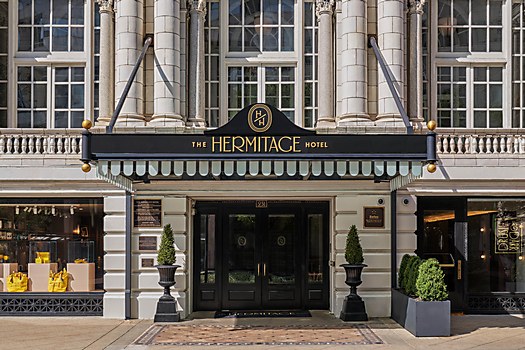 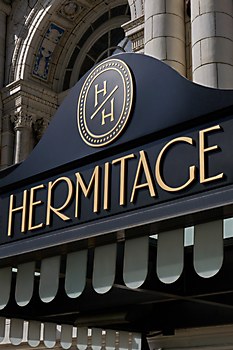 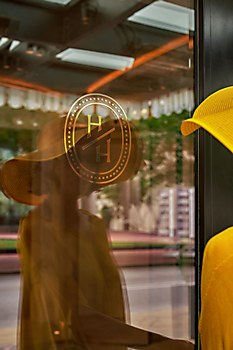 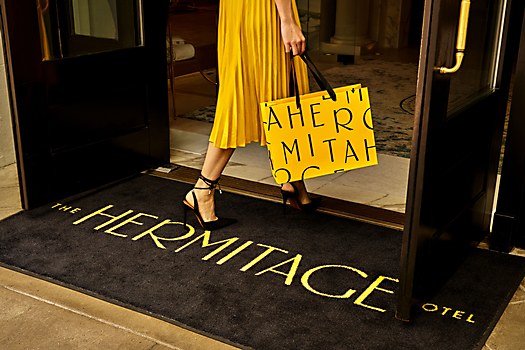 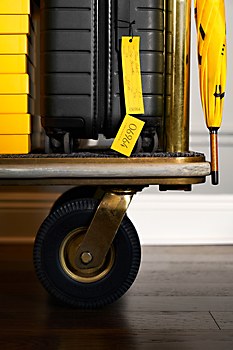 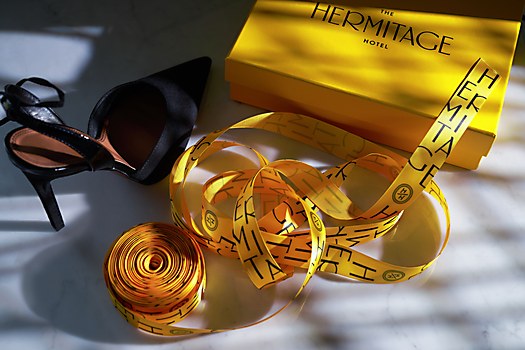 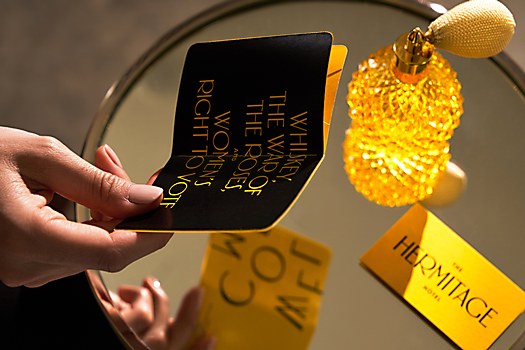 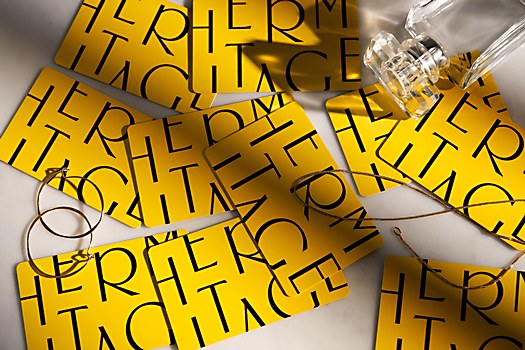 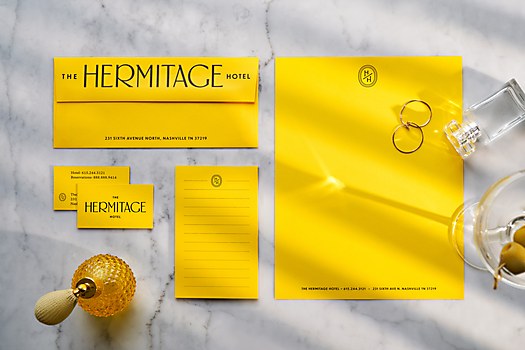 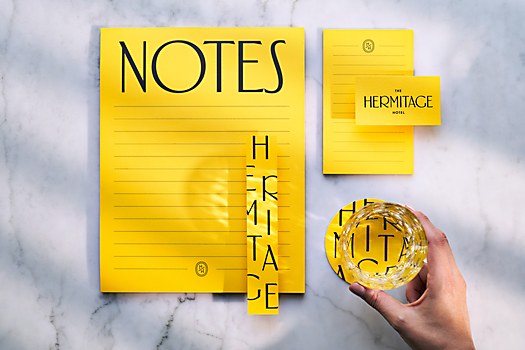 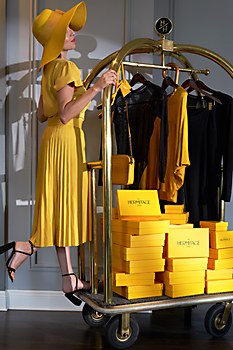 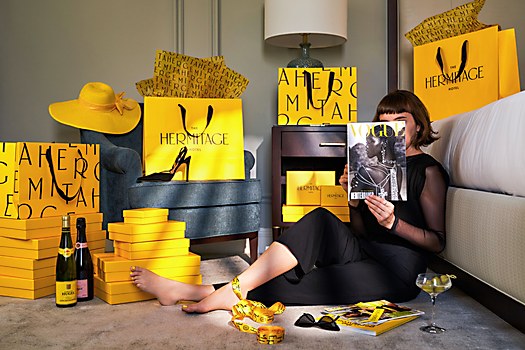 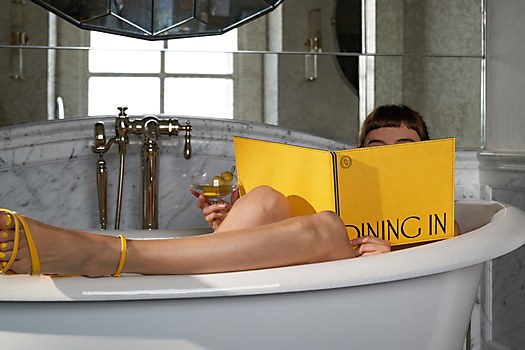 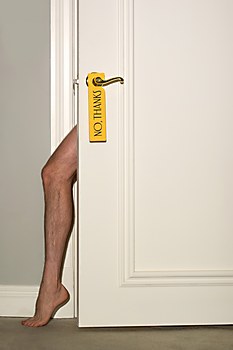 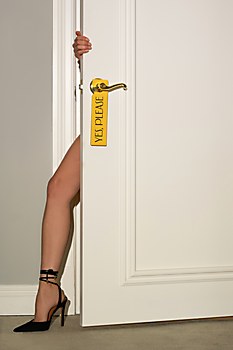 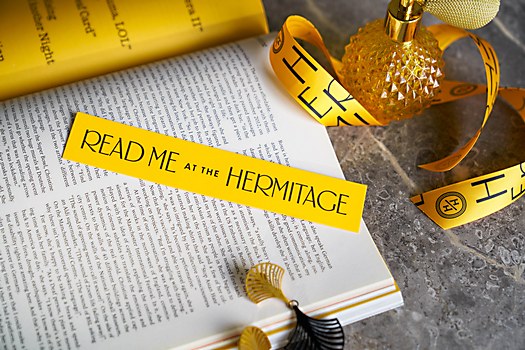 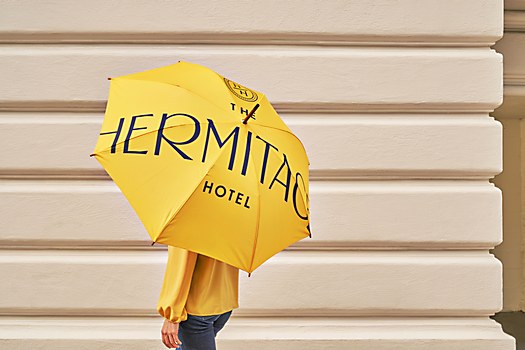 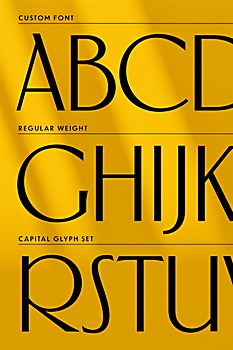 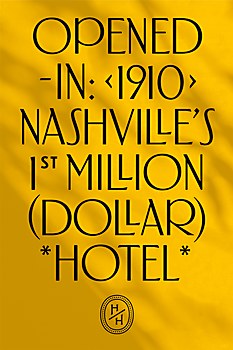 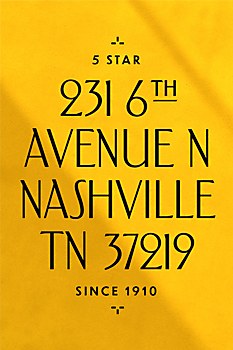 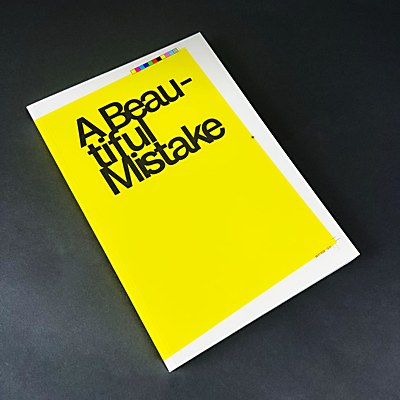 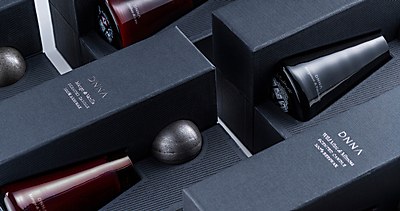 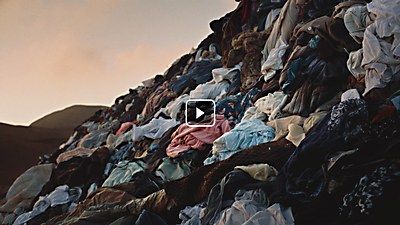