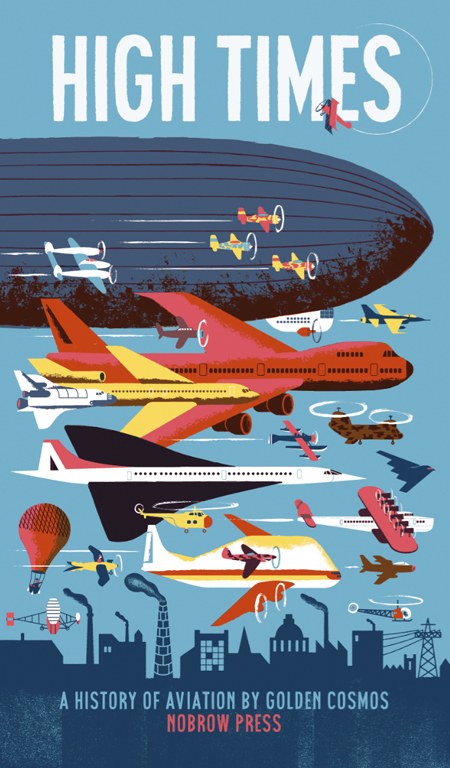 Nobrow Press, a London-based independent graphic arts and comic publisher, recently published the first book by acclaimed Berlin-based illustration duo Daniel Doltz and Doris Freigofas (Golden Cosmos). Their deep knowledge of traditional printmaking techniques have won them widespread critical acclaim in illustration circles worldwide and their self-published screenprinted books and limited-edition prints have won them fans all over the world.

High Times: A History of Aviation, a $16 concertina book folds-out to a spectacular four-and-a-half-foot panorama detailing the history of flight and aviation from the legendary attempts of Icarus to the revolutionary innovations of the Jet Age. The wraparound cover presents illustrated and written entries, detailing notable benchmarks in the history and mythology of aviation. Published in October, it’s a fantastic education tool as well as a dazzling work of art that celebrates humanity’s desire to fly throughout the ages. Stylish with a retro look-and-feel, the book pays homage to the bold patterns and geometry of early Russian constructivism with a nod to mid-century French commercial art. 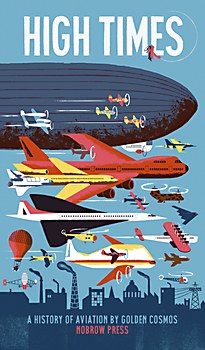 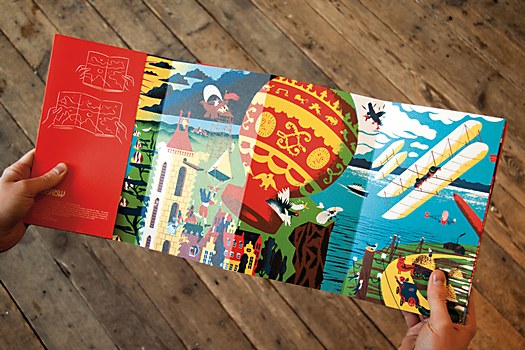 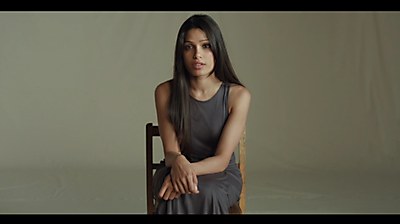 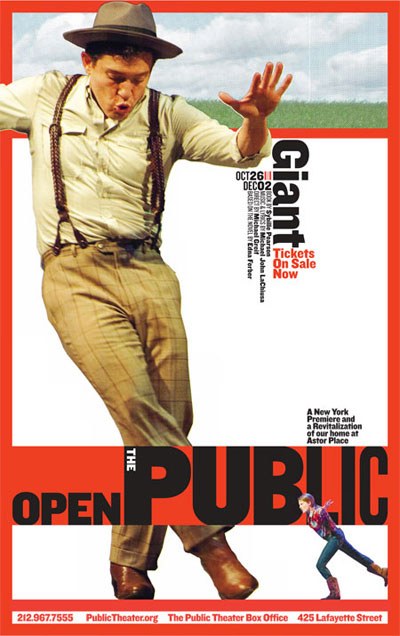 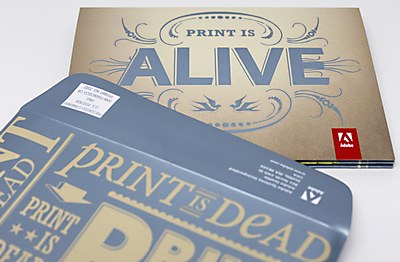