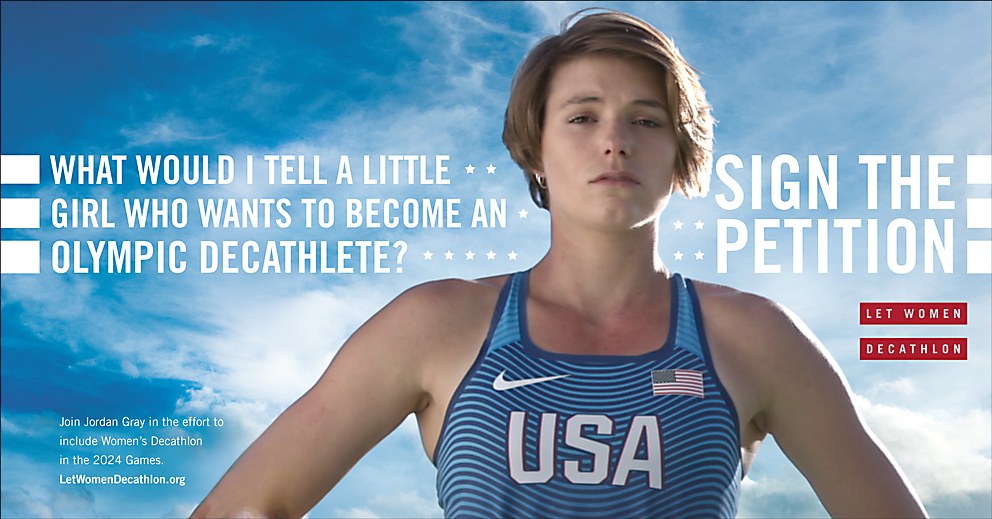 Luckie teamed up with US women’s decathlete Jordan Gray to petition the IOC to add the Women’s Decathlon event to the 2024 Summer Olympics.

Background: The Olympic Decathlon crowns the World’s Greatest Athlete. Yet somehow, women are still not allowed to compete. This blew our minds. So we teamed up with US women’s decathlete and world record-holder Jordan Gray to fight for gender equality in the Olympics by launching Let Women Decathlon, an organization petitioning the International Olympic Committee to add Women’s Decathlon to the 2024 Olympic Games. We’re asking anyone who believes women should have equal rights as men to sign at letwomendecathlon.org.

Reasoning: This is one of those situations where as soon as people hear about this injustice, they’re ready to act. But no one is aware. We just wanted to frame up the unfairness, and give people a voice and a path to create change.

Challenges: If you asked Jordan, it would be that it was 20 degrees on the shoot. Actually, she wouldn’t complain. She’s invincible. But the rest of us were wearing all gloves and blankets and wool caps.

Favorite details: This was a labor of love. No big budget, just our in-house production company, Luckie Underground, coming together to help Jordan Gray get the word out. It’s been so gratifying to see thousands of people sign the petition and post their messages of support from all over the world.

Visual influences: The graphic and bold simplicity of past Olympic logos and posters was definitely a visual influence on these designs.

Time constraints: We basically shot Jordan doing a ten-event decathlon in our one- shoot day. The prep time and shoot were hurried and condensed. Then with COVID, we suddenly had months to think about how best to use it, which helped us organize, create the site, write headlines, develop a social strategy, plan a data approach, build social posts and edit the videos we would need. It was a rush, then it was a luxurious amount of time to do things right. Not sure we’ll ever replicate that, but it worked well for us this time.

Specific demands: The biggest challenge in designing the posters was the fact that we didn’t have still photos to work with, only screen captures from the video. This fact informed many of the design decisions, like image cropping and color correction, in order to create a visually pleasing static image. Fortunately, the video that our director and director of photographer captured was beautiful to begin with.

Anything new: Obstacles are made to be overcome. Also, if you’ve never thrown a javelin, you are going to really embarrass yourself the first time you try.

Alternative approach: Seeing the outpouring of support, it would have been nice to include female decathletes from around the world. Hopefully, that will be the next phase. 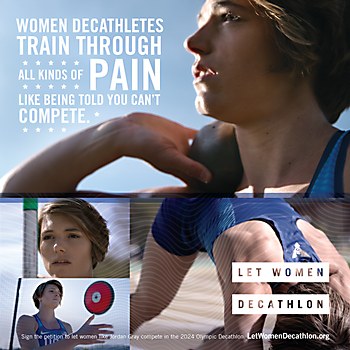 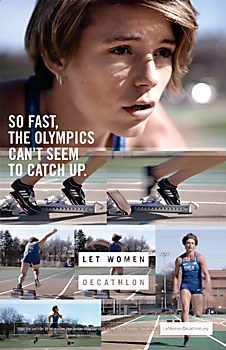 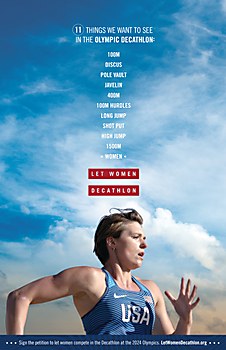 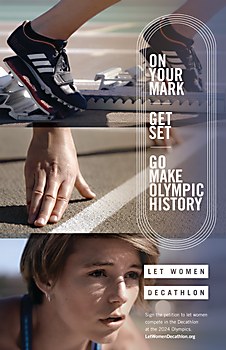 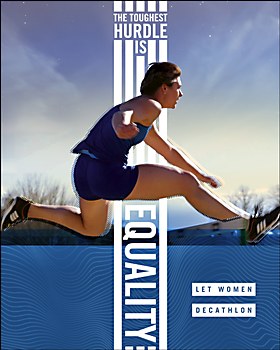 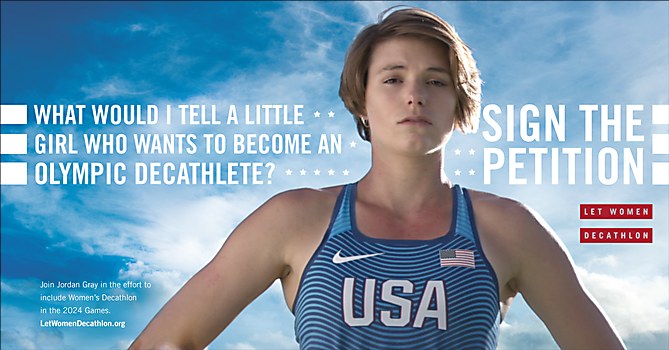 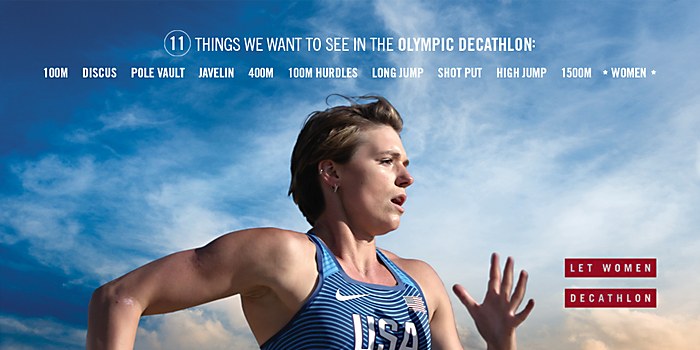 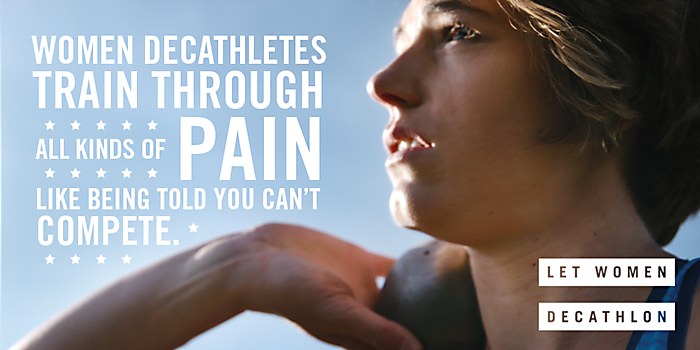 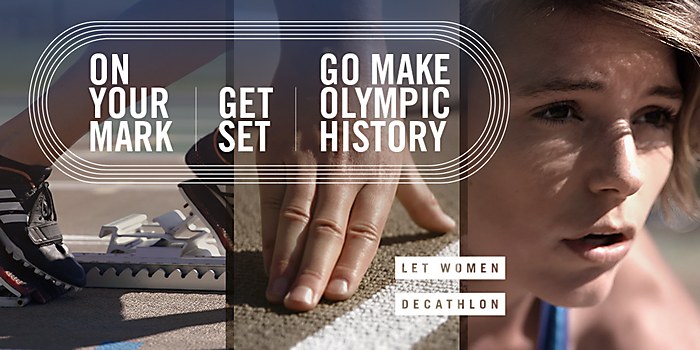 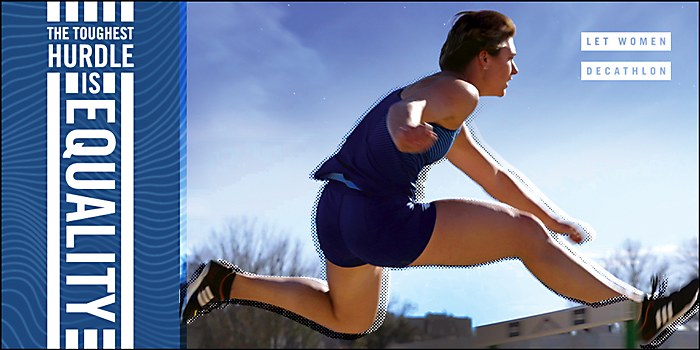 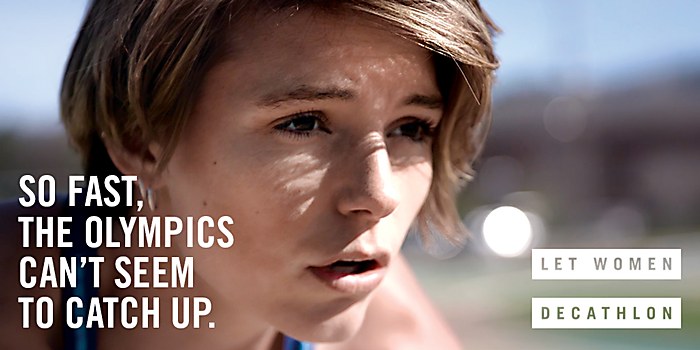 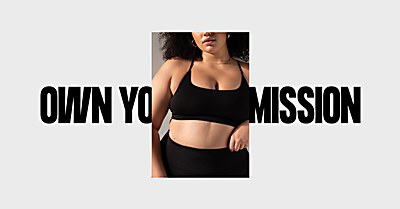 Exhibit / Design
Permission identity
Impactful and dynamic, the identity for this body-positive activewear brand captures the idea of motion through graphic design. 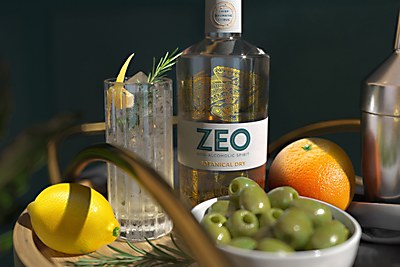 Exhibit / Design
ZEO packaging
The knockout packaging for this zero-alcohol spirits brand creates a sensorial experience for consumers who want to enjoy something truly special. 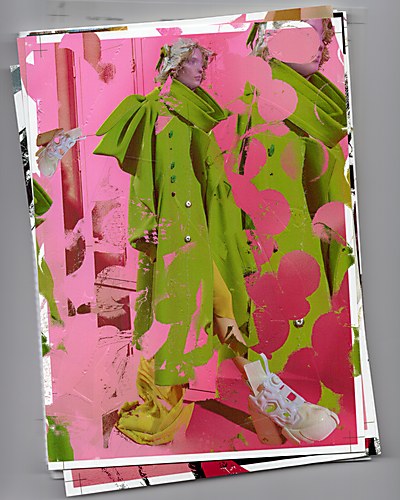