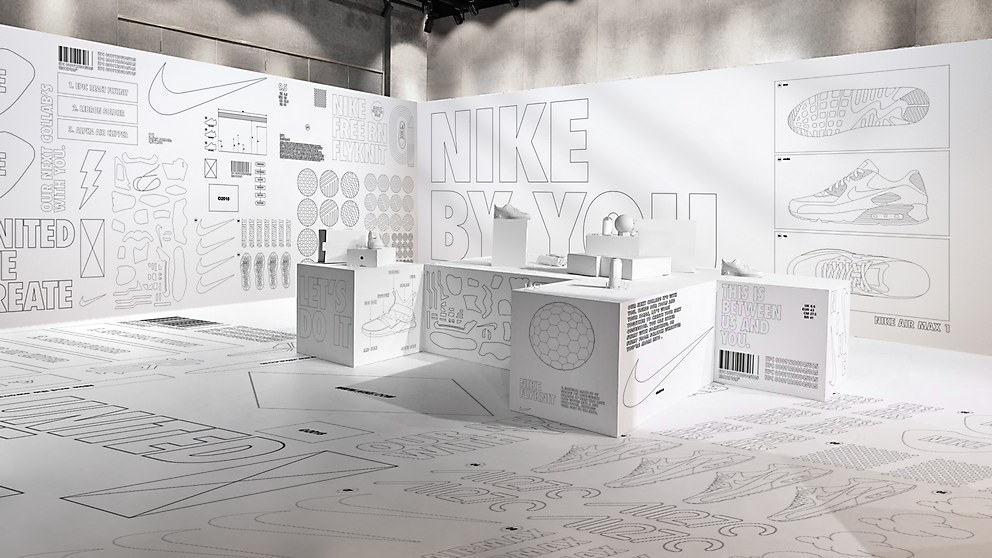 Nike By You identity

The identity for Nike By You directly speaks to collaboration—further engaging younger audiences with Nike’s customization service.

Background: Our brief was to translate Nike iD—Nike’s original customization service for the future—by rethinking the strategy, visual identity system and name. Since Nike iD’s inception 20 years ago, the expectations around customization and personalization have changed. Now, emerging younger audiences prioritize brands that more reflect their personal stories, with an increased desire for tailored experiences and products on demand.

This project was influenced by a Gen Z mentality, pursuing a higher level of co-creation with brands that they love and interact with. We give consumers the chance to co-create with Nike and place them on the same level as the brand’s other well-known athletes and collaborators.

Reasoning: Our rebrand of Nike iD as Nike By You gives consumers the chance to co-create their own sportswear. It is a strategic and creative repositioning of Nike as a service and a product. Nike iD was the first of its kind when it launched in 2000, and we think Nike By You will be the first of its kind now and into the future. Starting from a need to refresh Nike iD’s existing identity, it quickly became a major overhaul of how the brand considered and expressed all of its offerings.

Challenges: We needed to figure out a way to re-orientate the brand around co-creation, delivering something that is recognizably Nike and that can stand out within Nike environments and flex across endless, unique applications.

Favorite details: Our thinking and solution has made its way across the entire brand, not only in other customization initiatives and products, but also in how the entire brand is positioning itself for the future. On a creative level, we’re proud that we created a system that speaks directly to collaboration, will be bespoke to each co-creation and that designers are genuinely excited to use.

Visual influences: We expressed the idea that the brand and its expertise were more open and available to consumers. We put everything on the table—Nike logos, patents, garment labels, legacy icons, shoe diagrams, shipping slips. By making these elements more visible, consumers can pull them apart and put them together as they see fit. The way these components were presented was based on the visual lexicon of blueprints and technical manuals—black and white wireframes, which allowed a distinct contrast to the expressive You layer.

Specific demands: Working with a brand like Nike is a huge responsibility, not only in significance, but also in scale. The challenge was its size and internal complexity. We worked on a singular part of the brand that would eventually ripple out to affect the organization as a whole, unifying businesses and initiatives that we had no visibility of both strategically and creatively. 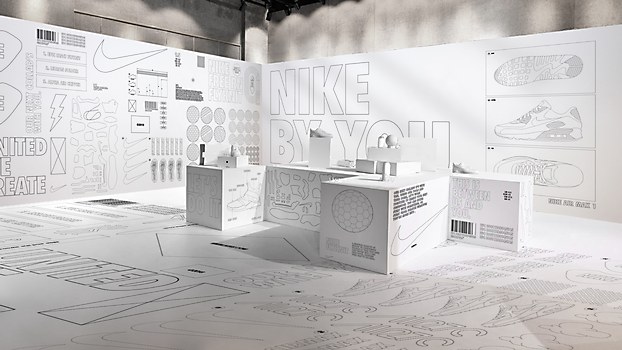 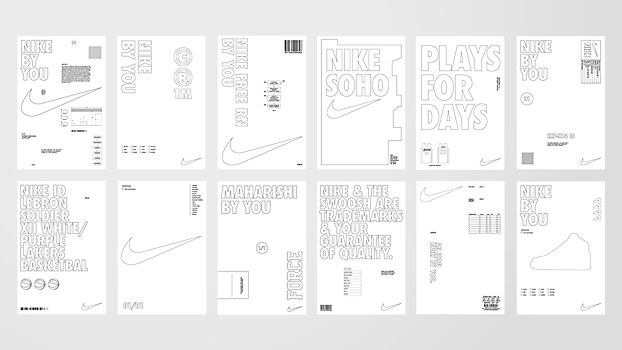 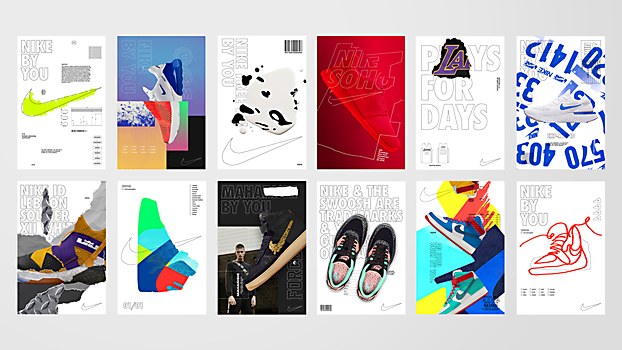 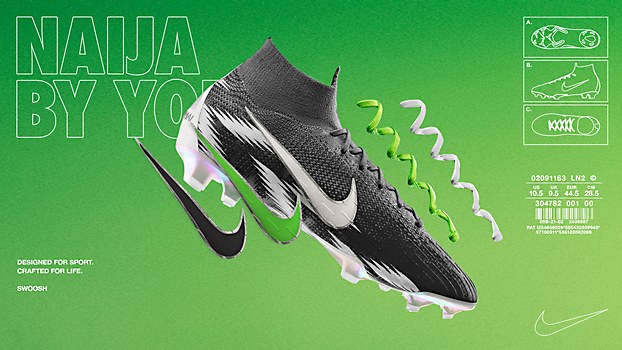 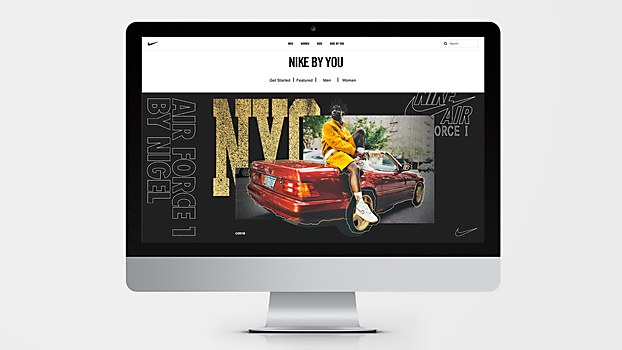 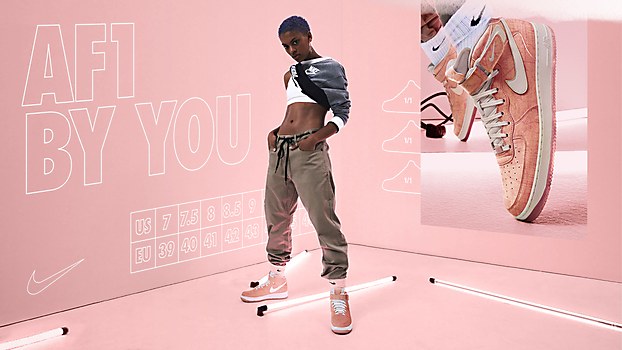 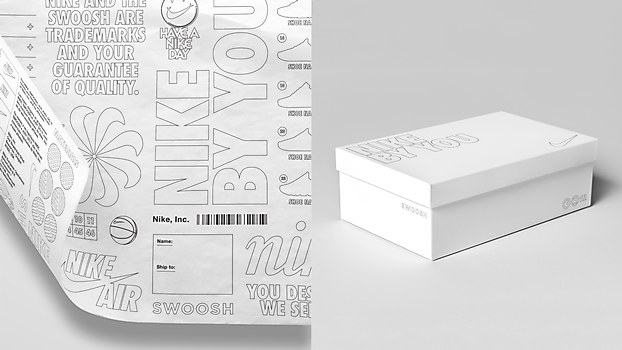 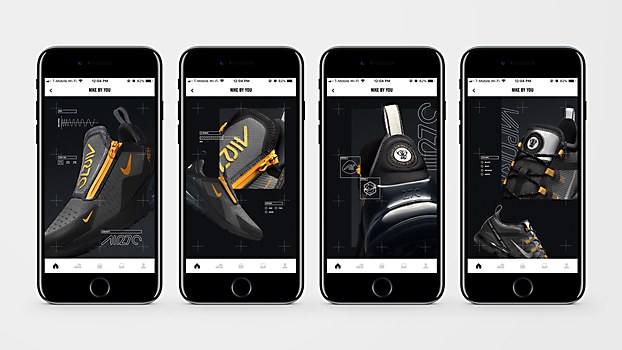 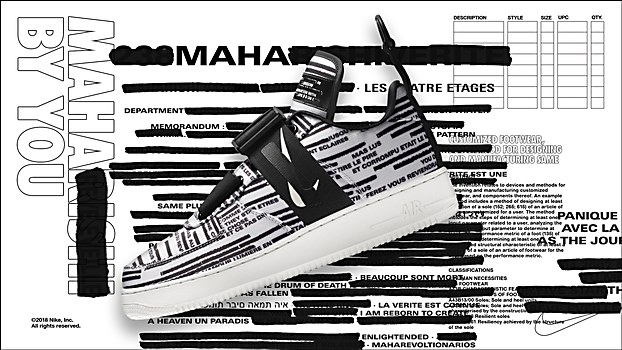 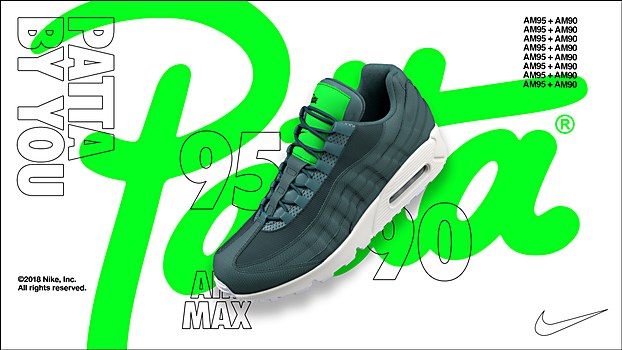 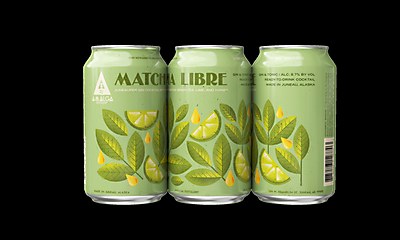 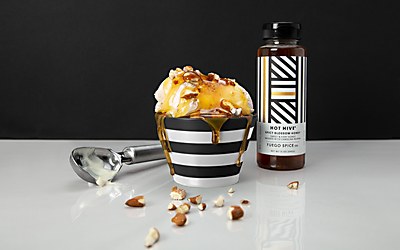