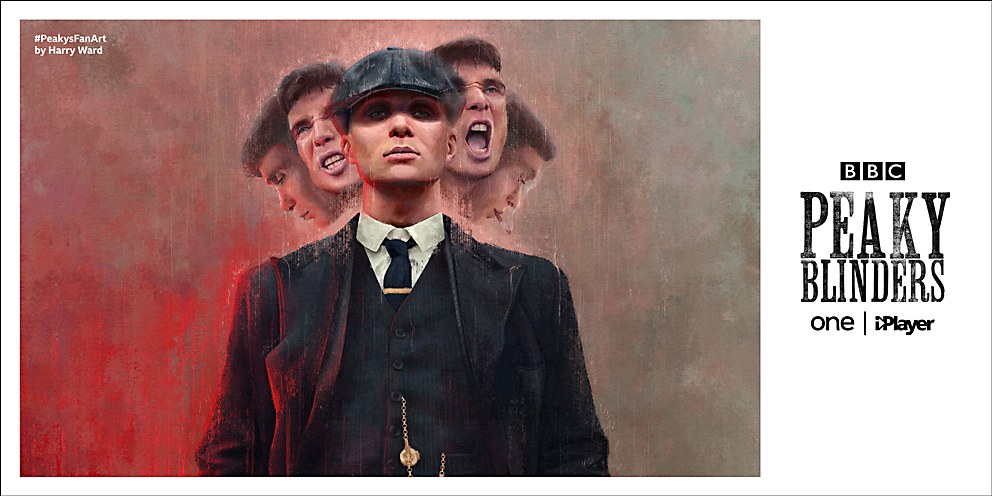 Fanart is at the heart of the new OOH campaign for cult British drama Peaky Blinders as it celebrates its fifth season.

Background: The marketing brief called for a campaign that unlocked the power of the existing Peaky Blinders fanbase, knowing that the move from BBC Two to BBC One was going to expose the show to a broader audience. As the show was heading into its fifth series, we wanted to celebrate Tommy Shelby as a truly iconic character, putting him shoulder-to-shoulder with the likes of Tony Soprano and Walter White.

Reasoning: While researching the brief, we stumbled upon a thriving fanart community, populated by artists from all over the world. We had to put these talented fans at the heart of our campaign; giving them a platform to express their love for Peaky Blinders through their art made for more powerful posters than a photo of the cast with a snappy strapline. Showing fandom about the show says more than we could say ourselves. It’s all about authenticity.

Challenges: Picking the artwork was tough! We had to narrow it down to sixteen finalists from over 1200 entries, and we pored over every single one. There were many stunning, thoughtful pieces in every type of medium. The level of craft just blew us away and we found it hard to choose.

Favorite details: Helping talented artists get the exposure they deserve. Also, getting local with the OOH. We mapped out where all the artists were from, and worked hard to ensure that most of the artists had a large-scale digital billboard in their hometown or city. It was important that they were able to share their fanart with family and friends.

Visual influences: We wanted each piece of OOH to feel like it was in an art gallery, so we worked with our design team to develop a white frame lockup that helps the BBC branding complement the artwork. It was also important that we credit each artist for their work, so we put their names on each piece of art, as well as our campaign hashtag #PeakysFanArt.

Specific demands: When it came to choosing our final sixteen, it took a while to agree on a set that satisfied BBC Creative, our marketing department and the show’s production team. In the end, this long process resulted in a collection that everyone loved. A set that we think expresses not only a broad range of fan interpretations of the show, but also represents artists from every corner of the UK.

Anything new: We learned just how much of a cult the show is, and how much the characters resonate with people on a personal level. It was also amazing to read how people had approached their fanart. Ben Wills, who created the winning piece for character Arthur Shelby, wrote that he painted the piece the way Arthur would have done it—through amazingly fierce, chaotic pen work. 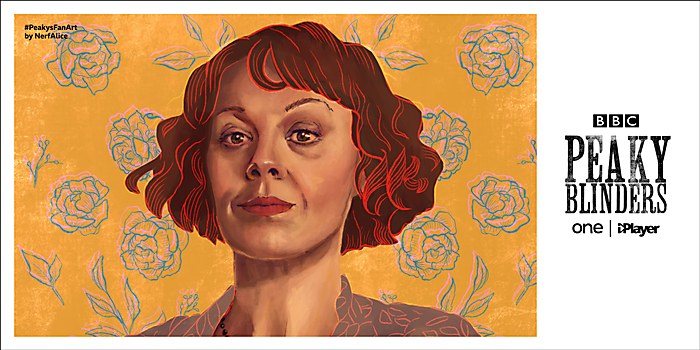 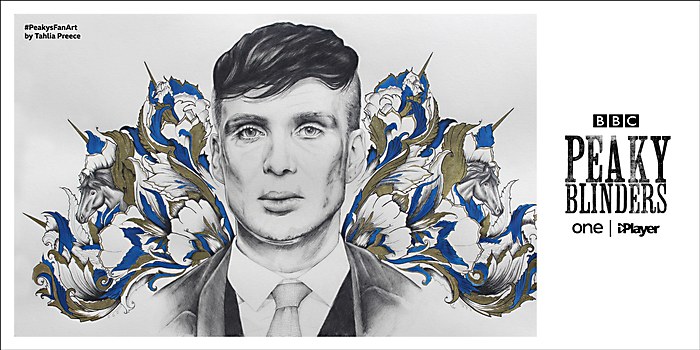 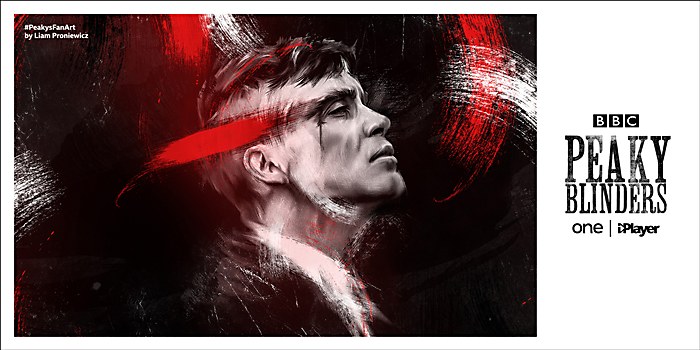 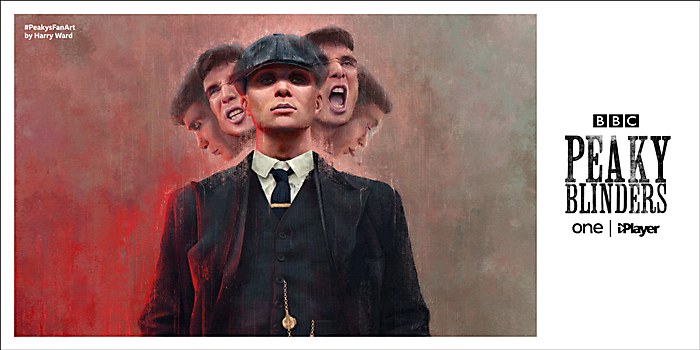 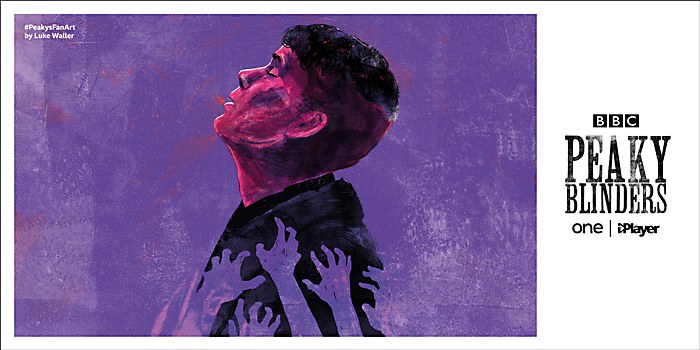 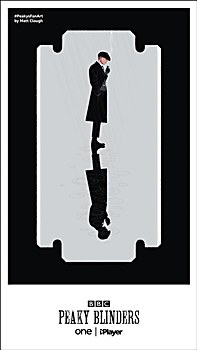 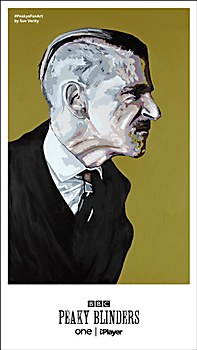 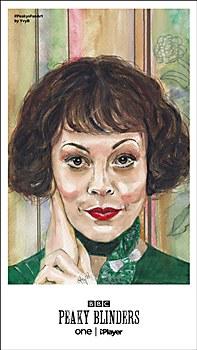 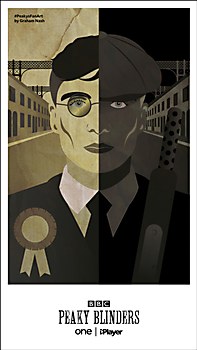 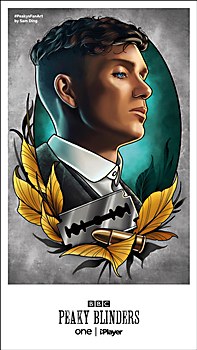 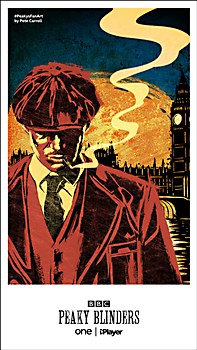 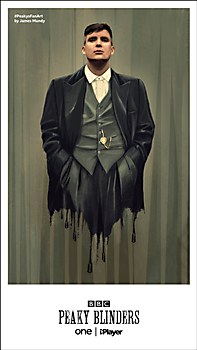 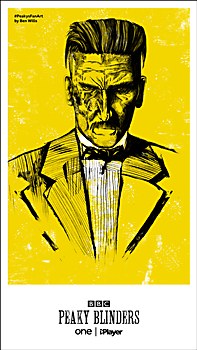 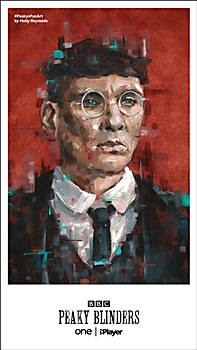 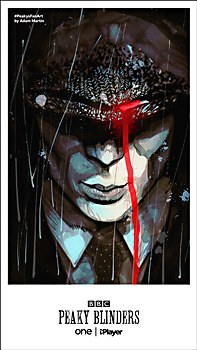 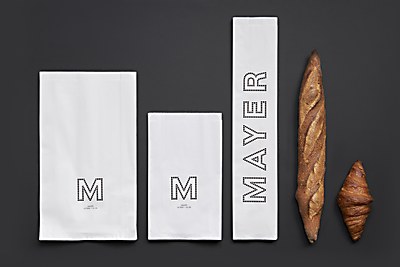 Exhibit / Design
Mayer identity
Craft and mosaics fuse together in the identity for this new high quality bakery in Barcelona. 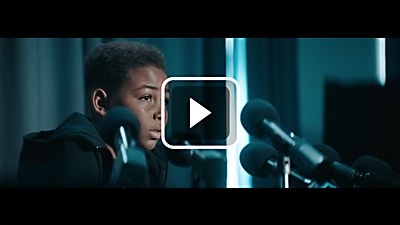 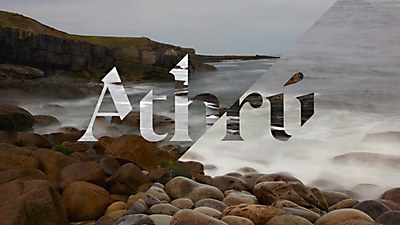