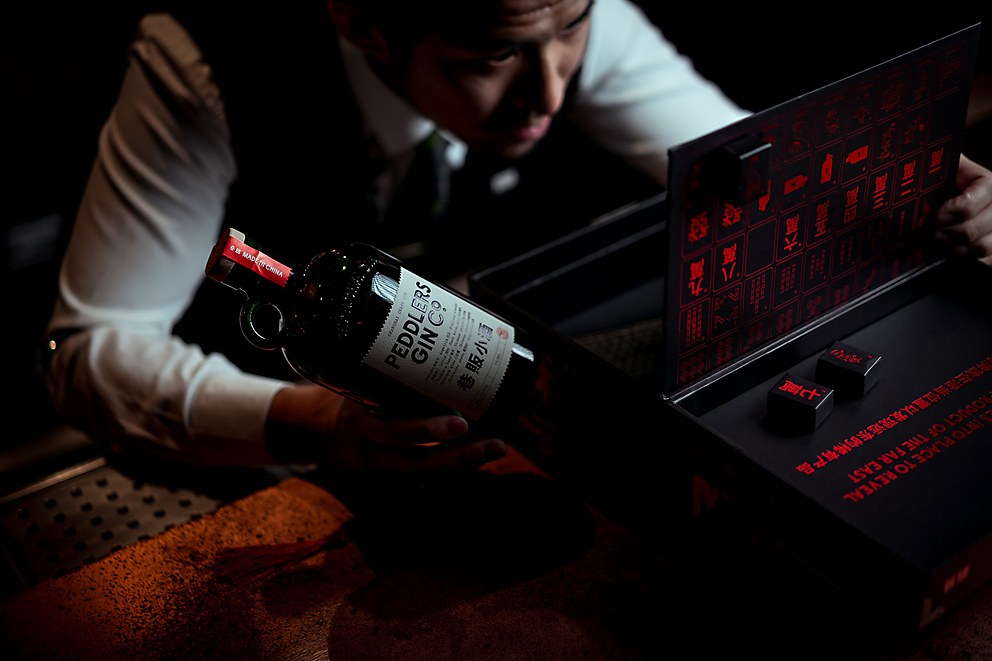 OMSE crafted an adventurous identity for Peddlers Gin Co. that was inspired by the thrills of Shanghai street culture and Mahjong.

Background: Born on the back streets of Shanghai, Peddlers Gin Co. carries the legacy of the secret societies that thrived in the world’s biggest trading port during the early 20th century. We wanted to build on this story and highlight its history, and thus, the brand was crafted for the most discerning and adventurous drinkers!

Reasoning: To deliver on this story, we needed to get all the supporting elements just right, rather than just create a visual system. With help from Render Studio,The story comes to life through physical touch points, such as the custom bottle with a functional ring, revealed through packaging designed as a recreation of a Mahjong game and displayed on a peddler-like trike.

Challenges: The custom bottle we designed is the culmination of a three-year process from concept to creation. Following the initial brand design process, Peddlers had planned to create the custom bottle immediately. But in the first year, the gin brand had difficulty finding a supplier who could deliver the exact form we were after.

We produced multiple rounds of samples and iterations in year two, reshaping and remodeling the bottle through various tests to reach the perfect form. Since Peddlers has a strong focus on the bartending community, it was critical the bottle not only had a distinctive look and feel, but also was also sturdy, functional and fit for all environments.

Eventually in year three, Peddlers was able to bring a solid supplier on board to produce the bottle exactly how we wanted it. Then, after some delays due to COVID, we were able to finally produce and release the bottles.Favorite details: Taking influence from the traditional Chinese game of Mahjong, we wanted to play to the concept while adapting the traditional icons to reflect the Peddlers brand story and launch the new bottle. Influencers and top bartenders who received the limited-edition box would have to move the tiles into place to unlock the trap door and reveal the new bottle smuggled inside in a secret compartment.

Visual influences: When creating the typeface with Family Type, we were influenced by Chinese sign writing of the early 20th century, but it’s really hard to pinpoint a single reference. We actually hand painted the letters on A3 sheets of paper first, then later digitized them one by one in Glyphs.

Specific demands: The brief was challenging in that the brand was inspired by Shanghai’s street culture and the spirit of peddling, but also needed to feel premium and relevant to a modern audience with the ability to flex both for China and internationally. Being the first gin from China, it was a learning curve for the client in terms of the regulatory environment. This had implications for Chinese naming, and what copy we could use on labels and other materials. 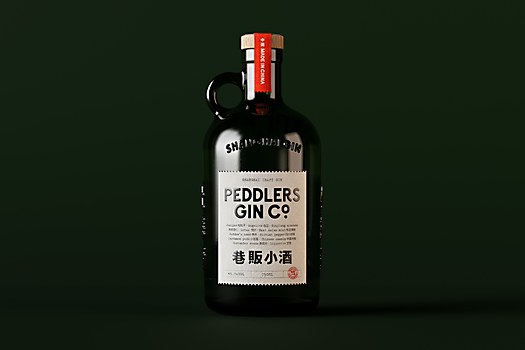 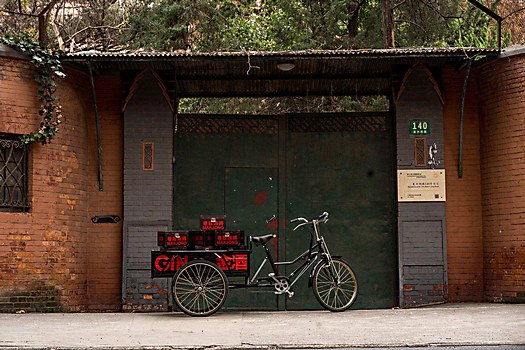 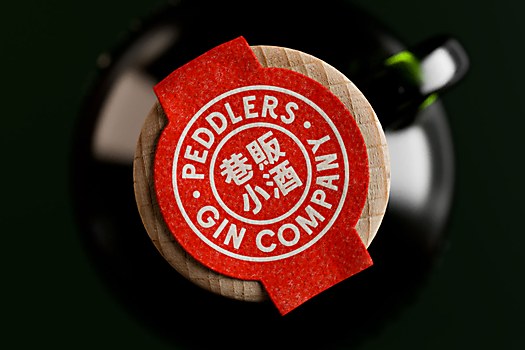 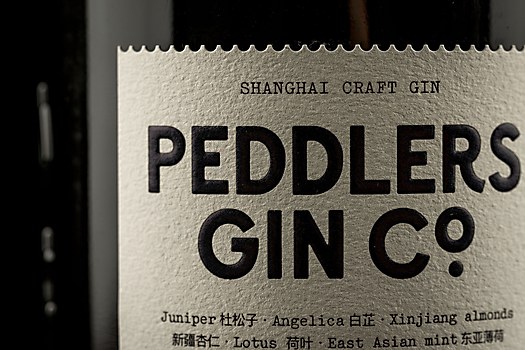 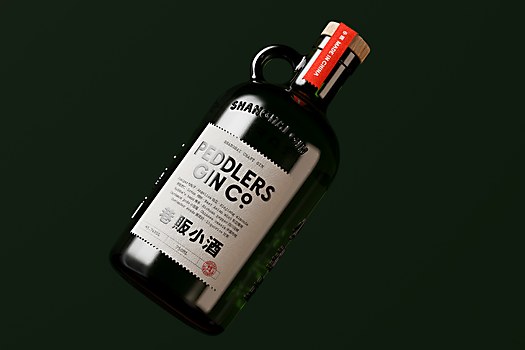 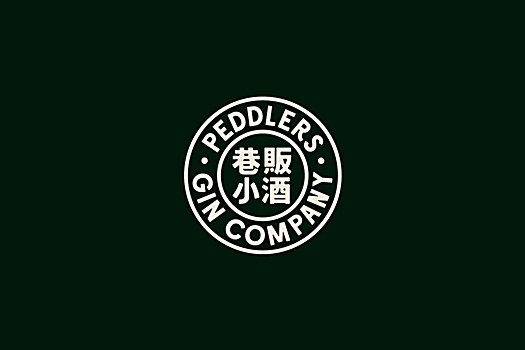 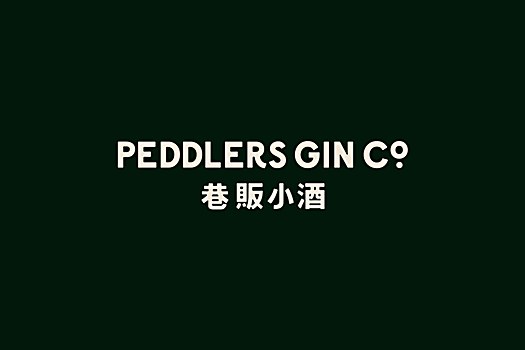 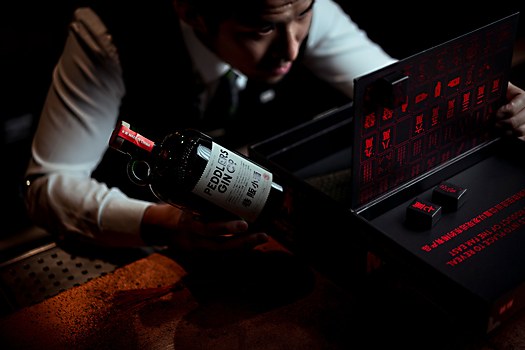 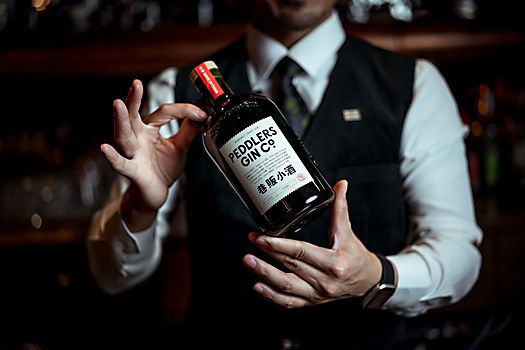 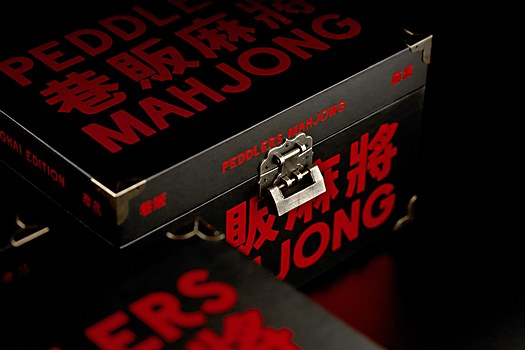 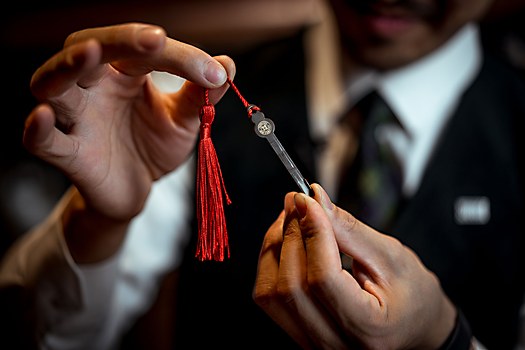 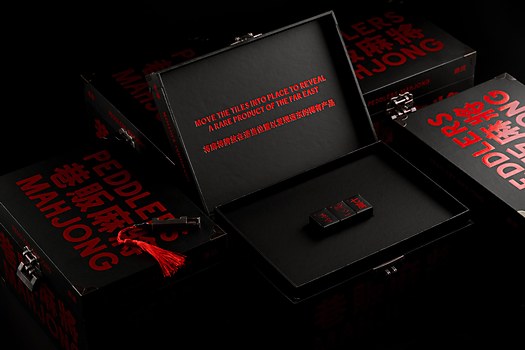 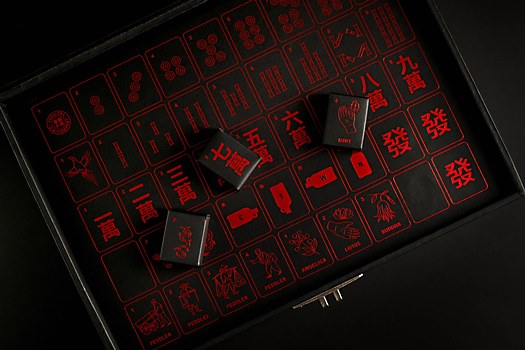 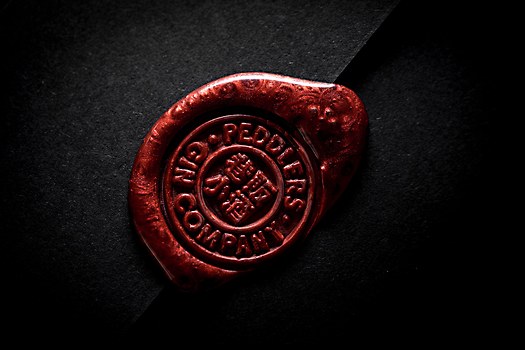 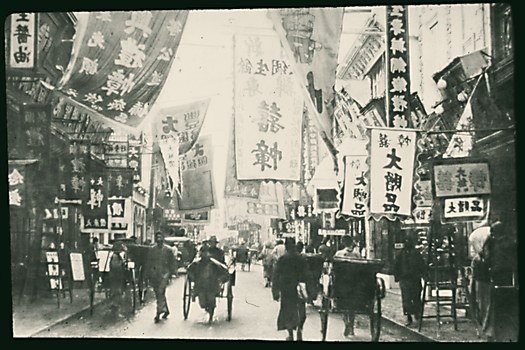 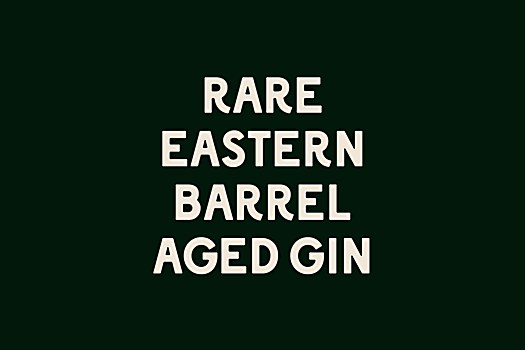 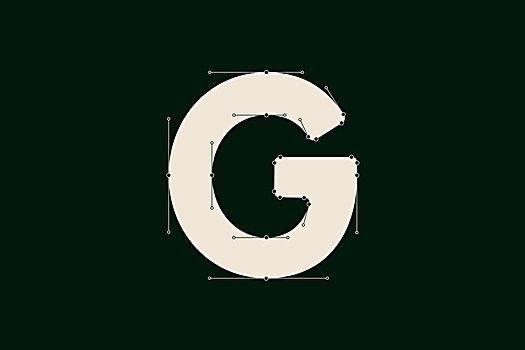 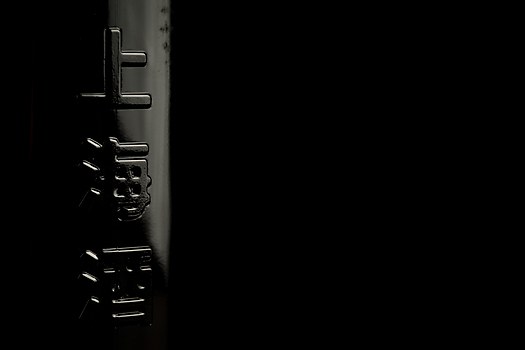 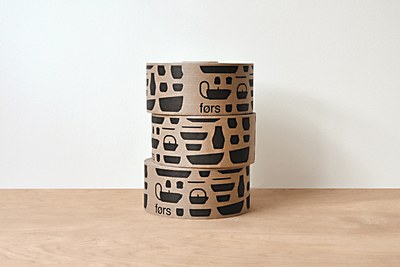 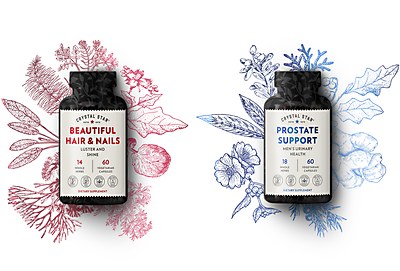 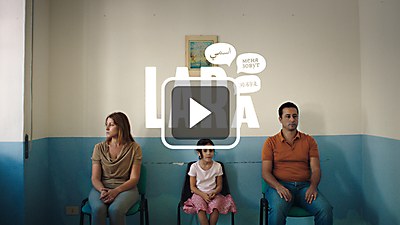