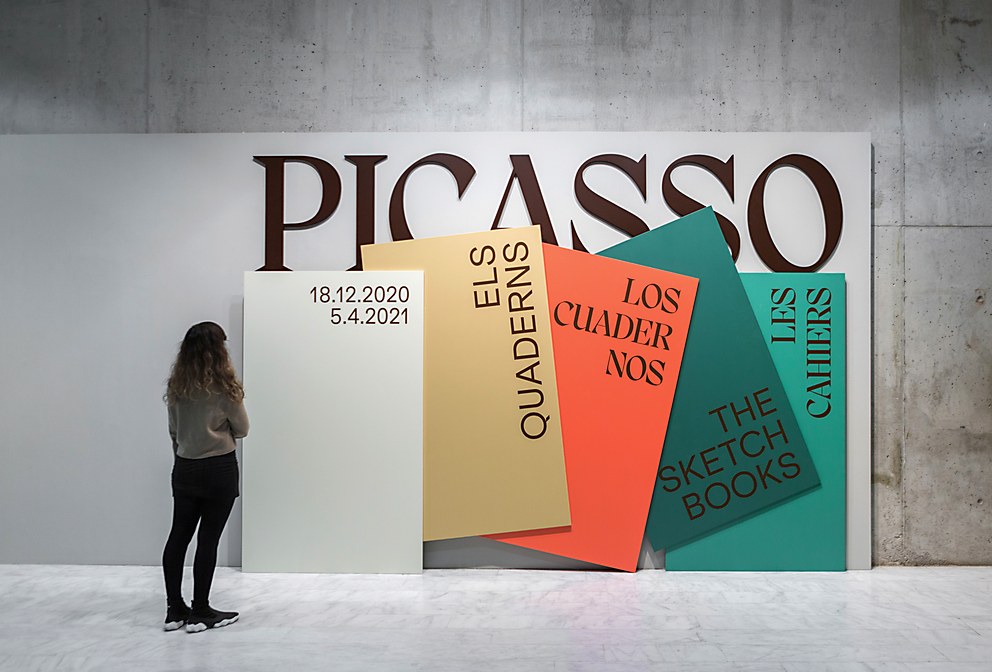 The layered graphics for the Picasso Museum Barcelona’s newest exhibition highlight Picasso’s numerous sketchbooks in all their glory.

Responses by Ara Estudio and Todojunto

Background: The Picasso. The Sketchbooks exhibition for Picasso Museum Barcelona is part of the 50th anniversary of Picasso’s donation of hundreds of works to the city of Barcelona in 1971. This exhibition focuses on Picasso’s series of sketchbooks from his early years. Therefore, the color palette reflects the very varied colors of the sheets and covers of the books, with its papers more and less affected over the time. The exhibition targets anyone who is interested in the work of Picasso, and, above all, who admires his sketches and the genius of his line drawings. The exhibition also showcases his notebooks, where he wrote—apart from drawing—ideas and clues about the places he stayed during specific moments.

Reasoning: We wanted something modular that suggested the notebooks in a minimal way and allowed flexibility when adapting the graphics to the different media. In addition, these shapes simulate pages in a notebook that overlap the word Picasso, giving them more prominence. One of the main ideas for the graphics was right above our work desks, as we saw our sketchbooks, books and daily papers overlapping each other in different layers.

Challenges: We decided that the title of the exhibition should be on a large scale so that it would be impressive to visitors. Therefore, the second part of the title: The Sketchbooks, was translated into Spanish, Catalonian, French and English. The exhibition design, with interior design created by Espai E, production and assembly were complex, but it was well worth it.

Favorite details: We love the use of this concrete color palette, and also loved that we gave so much prominence to Picasso’s notebooks. These unique graphics replaced the exhibition’s traditional background image with text above. In addition, some of the new graphic elements, seen on the street canopies and the canvas of the museum’s patio, have been very well received by the public, which makes us happy.

Specific demands: We were free to represent the general idea of the exhibition according to our vision, so everything flowed perfectly. The only major change from the first drafts was that we had to include photographs of works or of Picasso himself, so we chose not to show them as details, but rather at the size of the rest of the geometric shapes in the graph, to integrate and enhance them. They are a small part of the rest of the exhibition.

Anything new: Working with all the restrictions and regulations for an establishment such as the Picasso Museum Barcelona, whose objective is to honor the artist himself, is in itself a challenge. But, we have been comfortable with the changes that have arisen during the work process, and we have learned to manage a project with so many different applications. 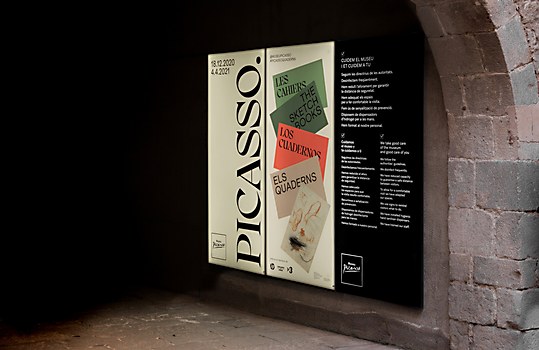 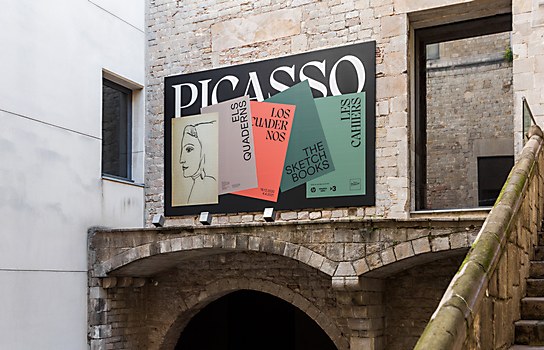 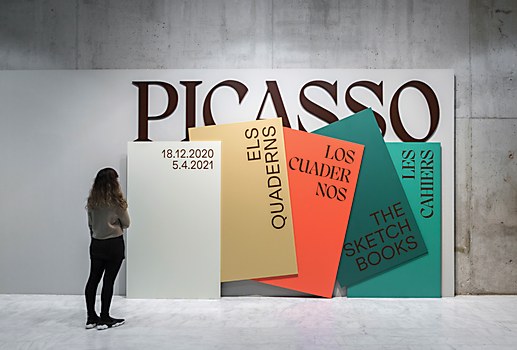 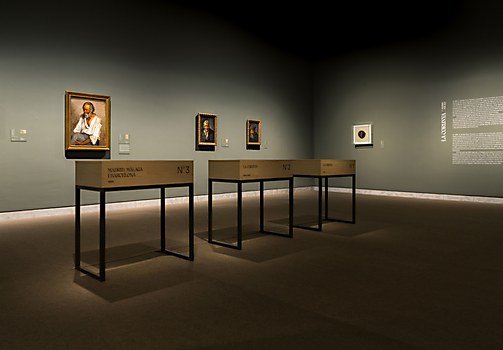 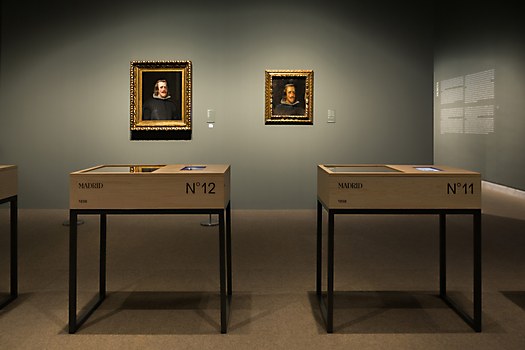 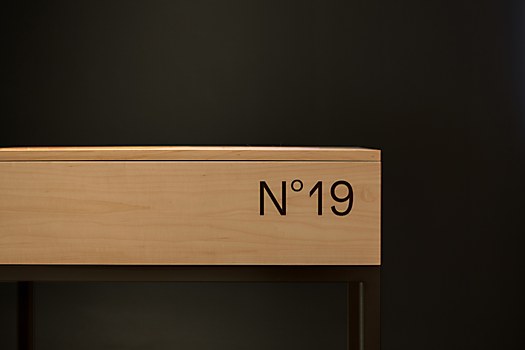 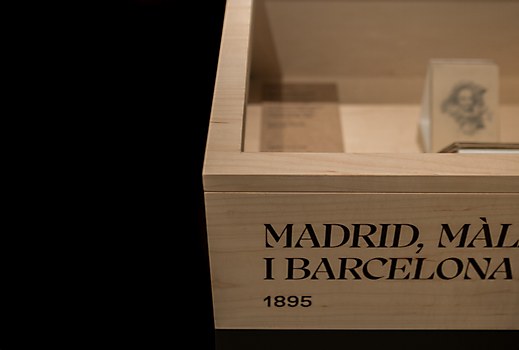 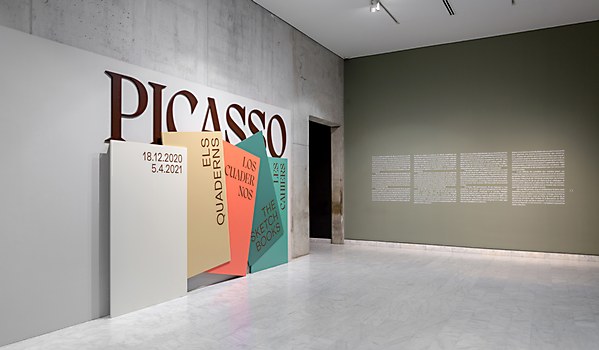 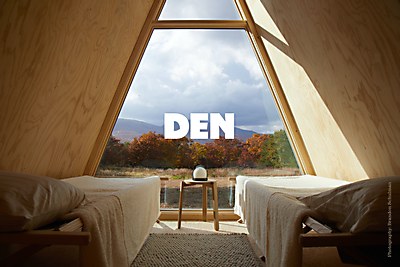 Exhibit / Design
Den identity
The spirited identity for this outdoors brand boldly encourages DIY fans to create their own spaces in nature. 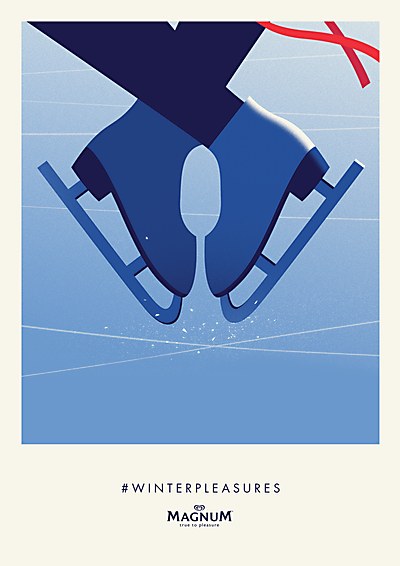 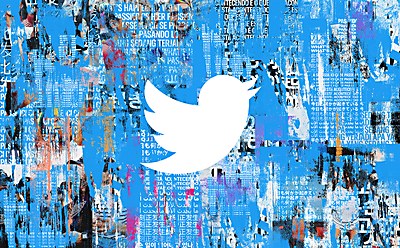