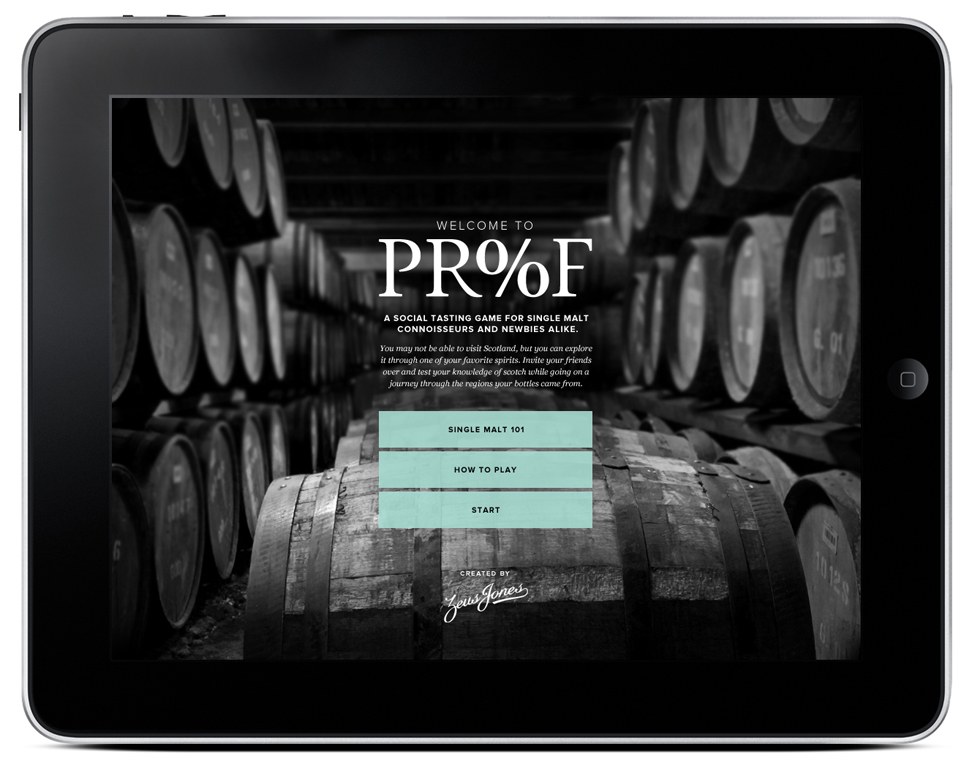 Zeus Jones created the app to turn whisky tasting into a democratic social board game.

Minneapolis agency Zeus Jones is a big fan of Scottish whisky. However, since tasting events can be stuffy and traditional they created the PR%F Whisky tasting app—an HTML5 social tasting game for single malt whisky connoisseurs—with an identity that’s a play on the concept of alcohol purity and proving a knowledge of scotch.

More inspired by board games than any one example of technology, it’s social, democratic and easy for anyone to enjoy. It was important that PR%F remained device agnostic, so the team avoided app store restrictions and designed it as a mobile site, taking extra care to make sure it felt like a native experience on a touch screen. It uses some of HTML5’s most exciting features—including its Canvas API, which allows players to visually represent their impression of each whisky—but how much fun is a scotch tasting without the scotch?

To complement the app, the team created a scotch kit with carefully considered details. Scotch whisky reflects the region where it was created and the ingredients that went into its distillation and since PR%F is a tour of Scotland’s whisky-making regions, the whiskies were carefully chosen to represent the area in which they were made. While there is plenty of creativity and variation among Scottish whiskies, the kit includes the single malts that stayed truest to their home base.

Each of the labels was hand-stamped with a custom design, which blended PR%F typography with Zeus Jones’s alternative wordmark (a script logo that was originally designed to decorate the jerseys of the agency’s unofficial cycling team). To add to the mystique of holding a bottle of fine scotch, each bottle was hand-dipped in wax and stamped with the percent sign from the logotype. The kit was hand delivered to several hundred family, friends and clients. 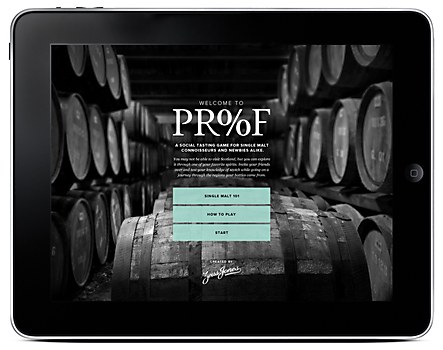 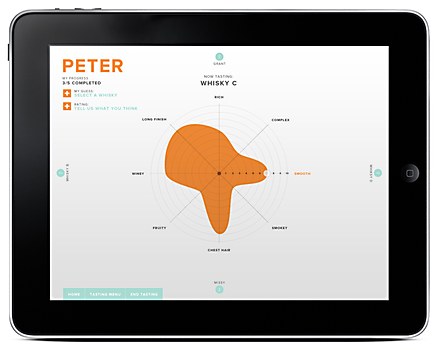 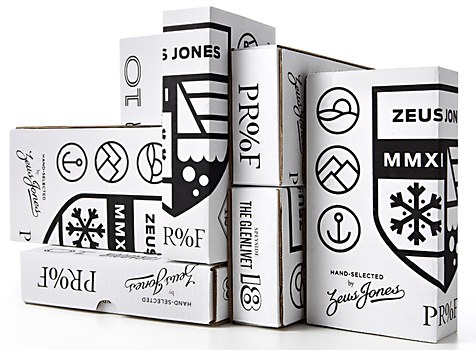 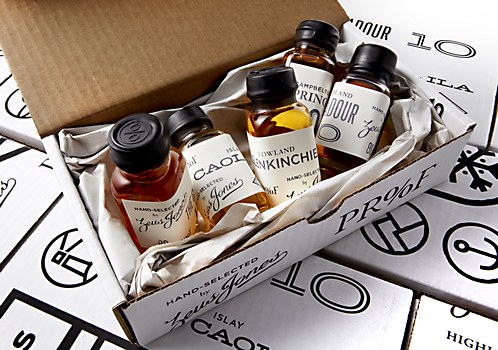 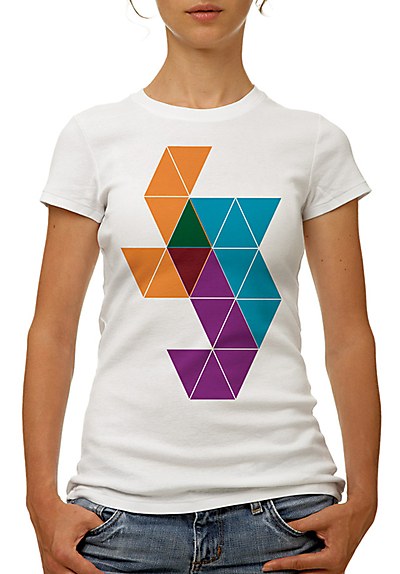 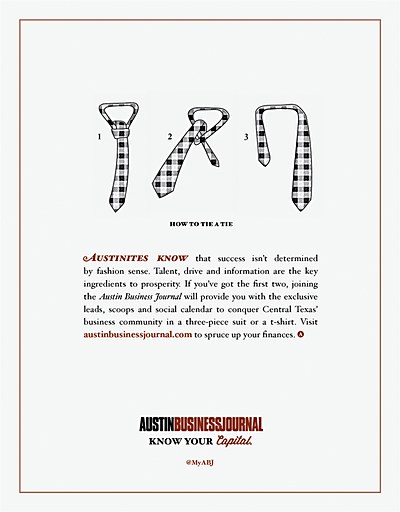 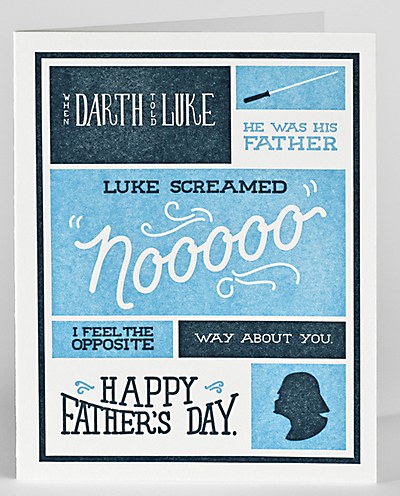