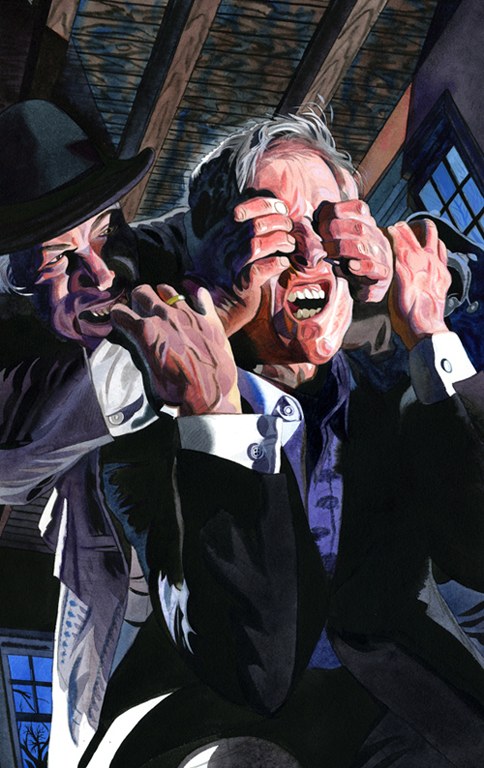 In January 2009, illustrator Jeffrey Smith got a call from David Talbot, the former senior editor of Mother Jones magazine, and the founder and former editor-in-chief of Salon.com. David asked him if he’d be interested in a new project that told the story of the men and women who fought a secret war against Adolf Hitler and the Nazis. All of these brave souls—people like Noor Inayat Khan, Harry Ree, Claus Helberg, Hugh Dalton, Brigadier Colin Gubbins, Selwyn Jepson, Jens Poulsson, Knut Haugland, and many more—volunteered to serve as members of Winston Churchill’s SOE (Special Operations Executive). Some were well-suited for the job, some were reluctant, and others were unlikely.

The scope of the project was important enough to travel, so on June 15, 2009 Smith went to Paris; author Gary Kamiya provided him with the addresses of places to visit. Visiting the locations provided the grit he needed to stay focused on a project that would take seven-and-a-half months to complete, to research thousands of photographs from the Internet, books, and magazines, to shoot 567 photographs, to produce 22 photographic comps, many more sketches, 22 full page paintings, and 2 covers for this wonderfully exhausting project. On October 12, 2009, Smith viewed the first chapter of Shadow Knights: The Secret War Against Hitler. On May 28, 2010 he submitted the final illustration. The book goes on sale October 5, 2010.

Accompanying text (top to bottom): Harry Ree fighting a Gestapo man to the death.; Martin assassinated as a traitor by members of the SOE.; "Liberte!" 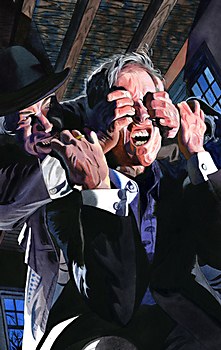 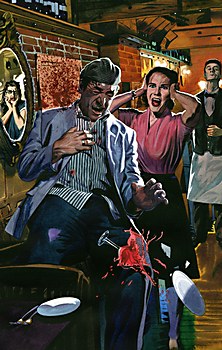 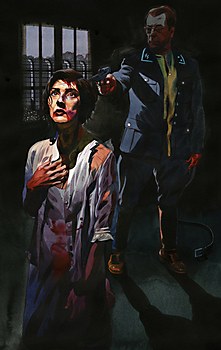 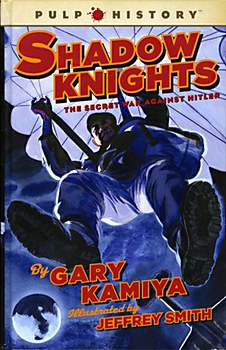 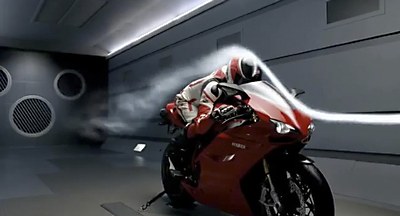 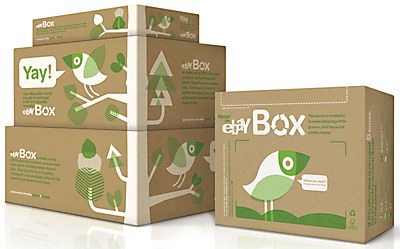 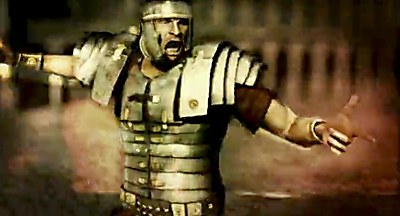