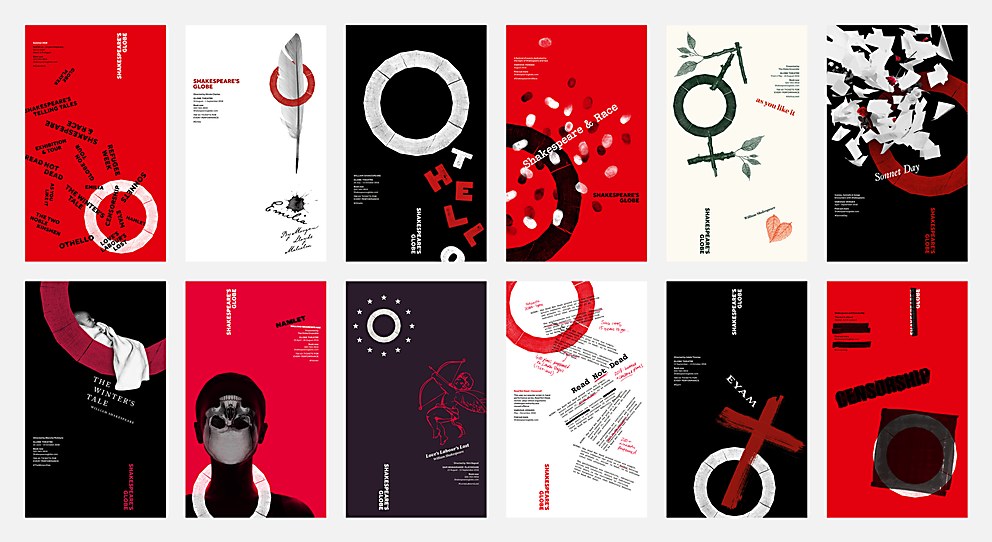 The new identity for this iconic cultural landmark uses its circular shape to celebrate Shakespeare’s impact on the world.

Background: Part of the beauty of our work with Shakespeare’s Globe is that we navigated the project with no real fixed brief, which gave us the freedom to experiment. We worked together with cultural strategy agency Morris Hargreaves McIntyre to create both a new mission statement and a new visual identity, appealing to the Globe’s stakeholders, longstanding visitors, Shakespeare buffs and newcomers alike.

Reasoning: We went through an extensive immersion process to gain a deep understanding of Globe, and we arrived at three core themes: “alive,” “shared experience,” and “wonder.” A new mission statement then emerged: “We celebrate Shakespeare’s transformative impact on the world by conducting a radical theatrical experiment.”

Challenges: Finding the appropriate balance. The core idea and our approach were instrumental in keeping us on track. We would keep testing whatever we had created against the question “does it feel alive?” and if it wasn’t different enough, it simply wouldn’t hold up. We would try things out, see what worked and allow the answers to materialize.

Favorite details: The logo’s story provides a microcosm of the project as a whole. When we first began immersing ourselves in the Globe and exploring its depths, we were drawn to the theatre’s circular shape. While it was described in the prologue to Henry V as “this wooden O,” in fact, the Globe is not a plain circle, but a twenty-sided polygon. We felt there was something special in the idea of honoring the theatre’s shape with a part of the theatre itself.

Anything new: We ran the entire project almost as an experiment in close collaboration with the Globe. We continuously tried new ideas and essentially took the time to “mess around,” and truly immerse ourselves. We wouldn’t have been able to come to the same solution without this experimentation and deviation from traditional processes. It is something that we have learned a lot from, and aim to continue.

Visual influences: Both the rich history of the Globe and the printing itself. As many of his fans will know, after Shakespeare’s death, two of his friends published an entire collection of his works, known as the First Folio. We quickly realized that once you removed the decorative elements and altered the type of the First Folio, the format feels both contemporary and radical. This provided the inspiration for everything. 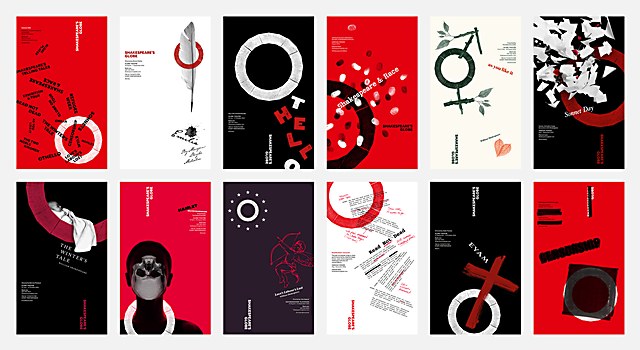 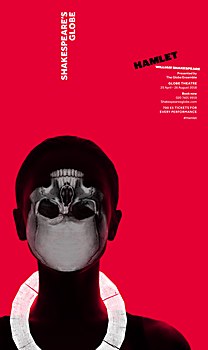 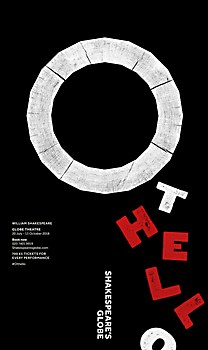 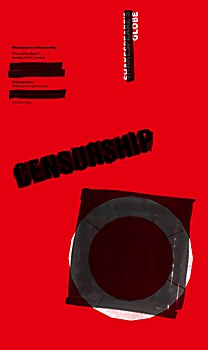 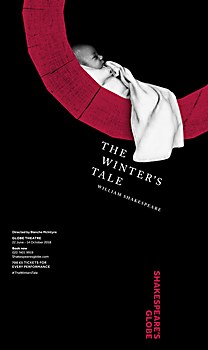 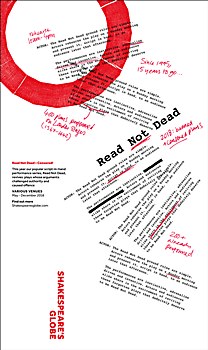 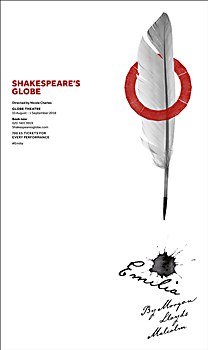 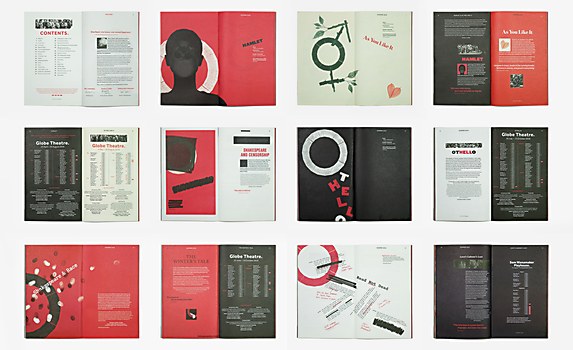 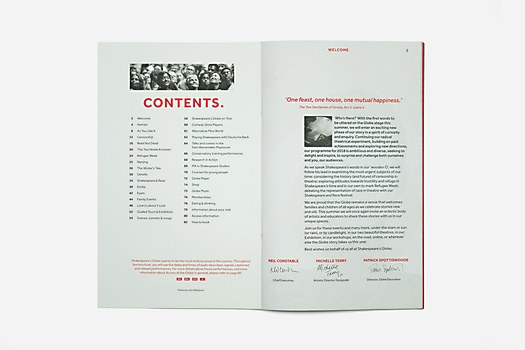 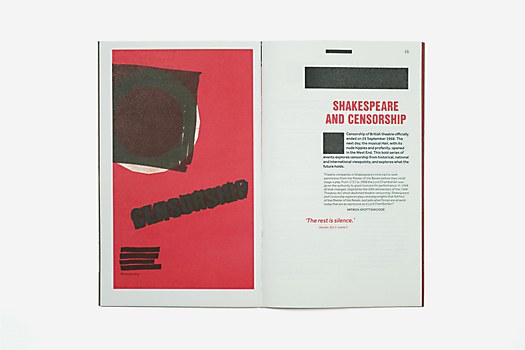 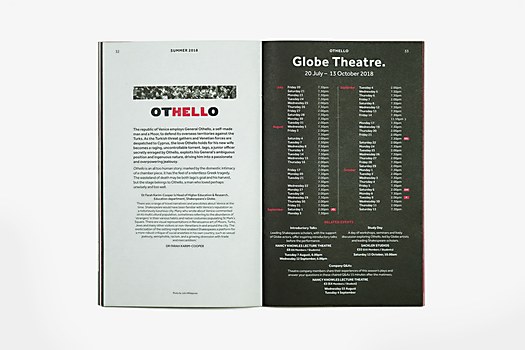 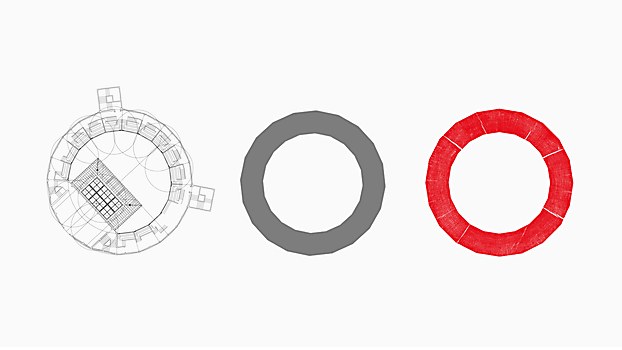 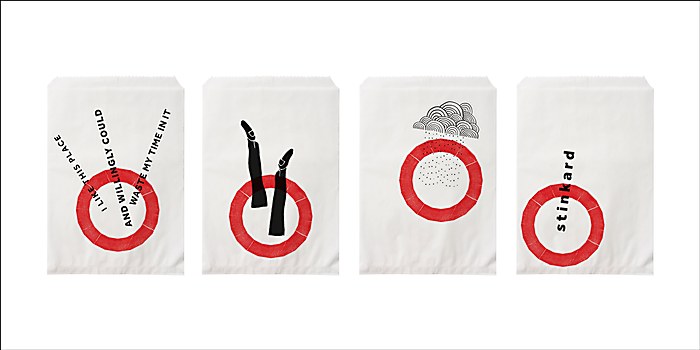 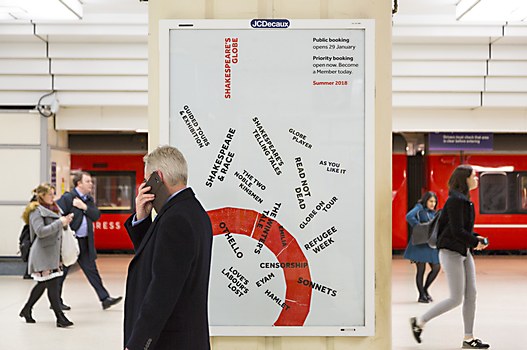 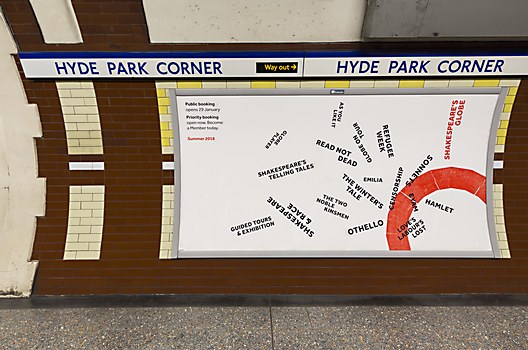 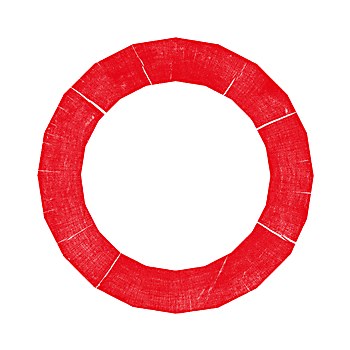 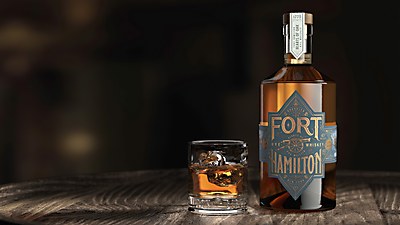 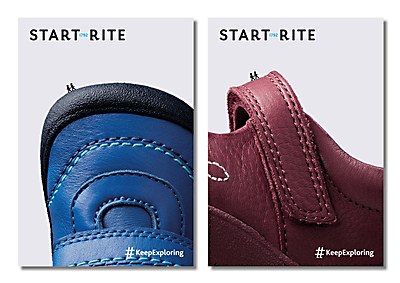 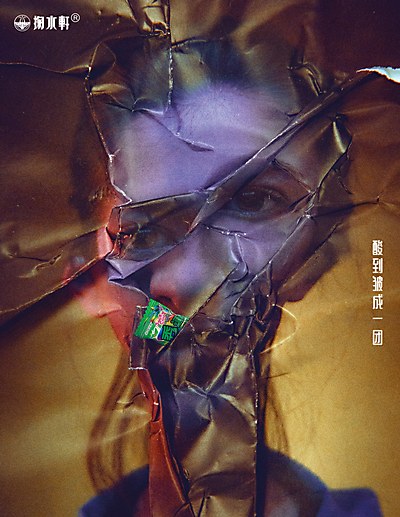