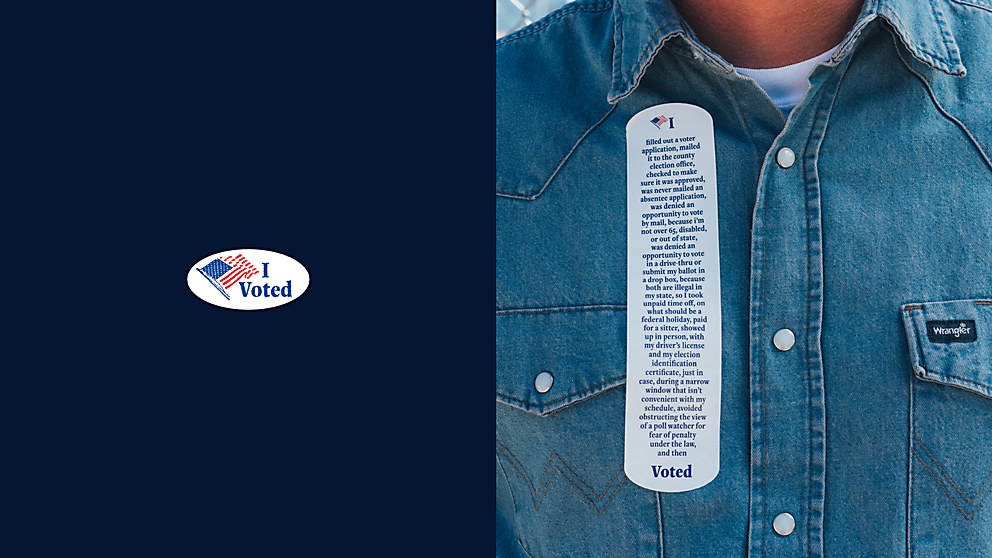 Preacher’s campaign takes the US election’s “I Voted” sticker and uses it to highlight voting restrictions in Texas.

Background: The “I … Voted” sticker was designed to focus the attention of voters and newly elected officials on the complicated layers and laws Texans have to wade through to cast their ballots. At the same time, it served to inform people that while these barriers are in place, the Texas Civil Rights Project (TCRP) is here to help voters navigate them with their Election Protection hotline.

Design thinking: According to the 2022 edition of the Cost of Voting Index, a nonpartisan academic study, Texas now ranks 46th in the nation regarding the time and effort required of citizens to cast their ballots.

With voters set to head to the polls in November for the midterm elections, we realized the iconic “I Voted” sticker people wear on Election Day didn’t come close to describing what Texans actually have to do to make their voices heard. So, we thought, ‘What if we revised it to include all the hurdles and restrictions Texans have to overcome to vote?’ The result was a sticker roughly five times longer than the original.

Challenges: At the onset, it was just me and Preacher designer Wendy Ampuero with an idea and a design for the sticker. No one asked for it. So, almost in a grass-roots way, we wanted to bring people on board and get it out into the world, which always comes with challenges. It took a lot of sweat and conviction, but we were truly moved by how many people from Preacher, TCRP and the community believed in our idea and wanted to help. What started as the most challenging aspect turned out to be the most energizing and inspiring one.

Visual influences: The idea was, in large, inspired by selfies of people wearing “I Voted” stickers. Over the past decade, posting a photo of yourself on Election Day wearing that sticker has become a point of pride for millions of people. When you spot a well-known and widespread behavior like that, you start to think, ‘How can I flip that? Maybe there’s a statement to be made here.’

Our chief creative officer Rob Baird also noticed early on that photos of the stickers could make for pretty impactful display layouts. So, we reached out to photographer Alison Narro, who has an amazing eye for capturing powerful, authentic portraits. Her style and photos gave the idea a much-needed dose of humanity.

New lessons: Teaming up with the TCRP proved to be eye-opening. While we can read about and research voting rights issues in Texas, the civil rights organization’s volunteers are out there every day helping voters, writing to the secretary of state and showing up during legislative sessions to make voting easier. It’s important and impressive work. If you’re interested and passionate about voting rights issues in Texas, I highly recommend checking out txcivilrights.org.

Favorite details: At the idea’s core is this long run-on sentence that pieces together the barriers many Texans have to vote. And while it’s hard to be proud of the content, it does a great job illustrating the absurdity of all these steps and restrictions.

It was also important to us not just to point out a problem but to show Texans they could overcome it and make a difference. The way Alison Narro’s photography and Wendy Ampuero’s designs work together to showcase the strength of the voters wearing the sticker is really compelling. 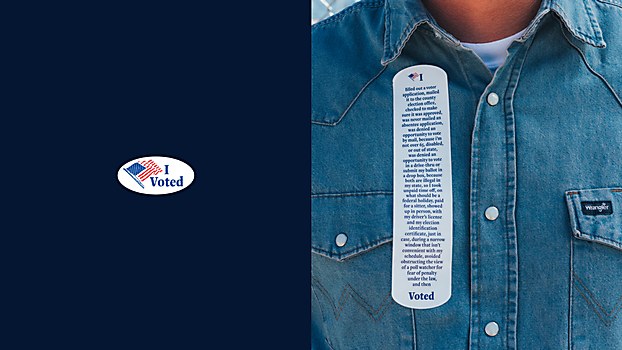 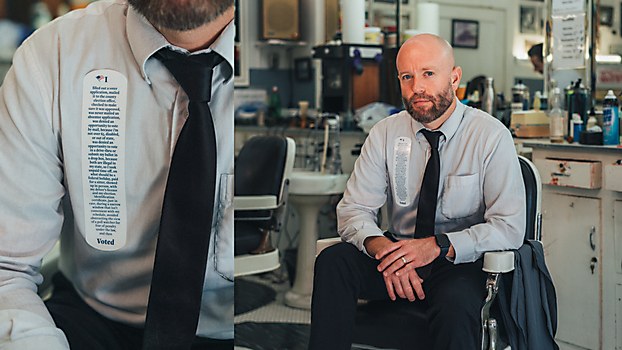 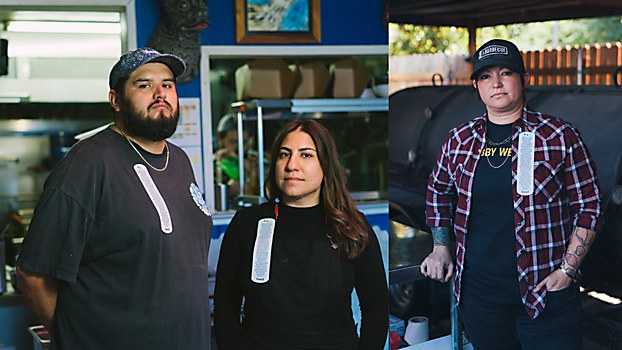 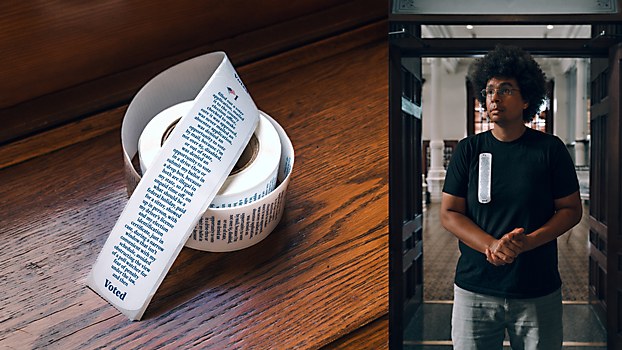 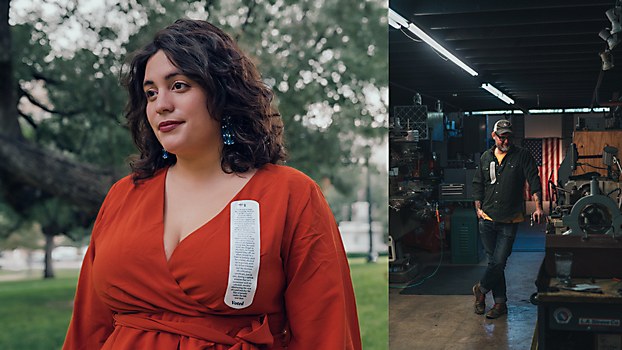 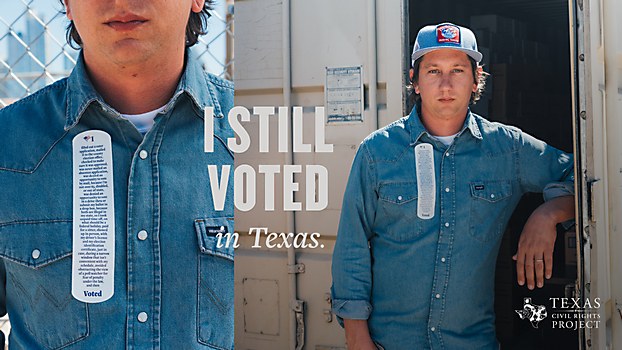 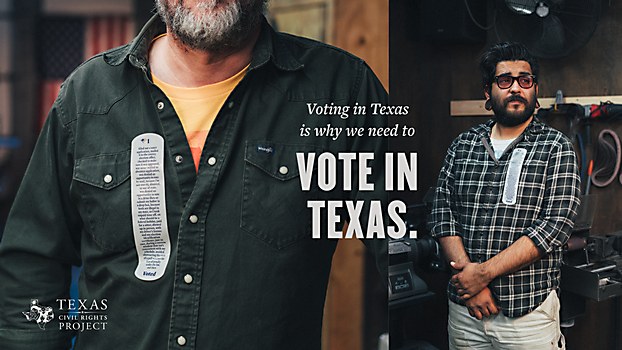 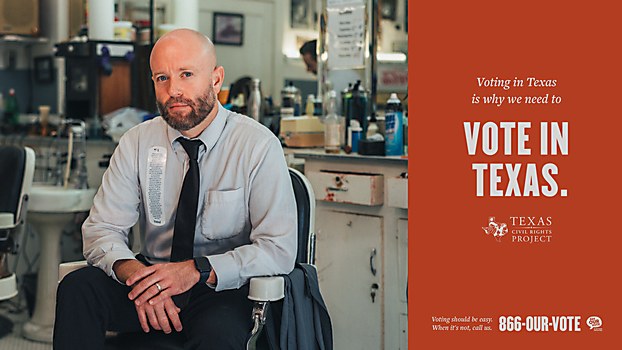 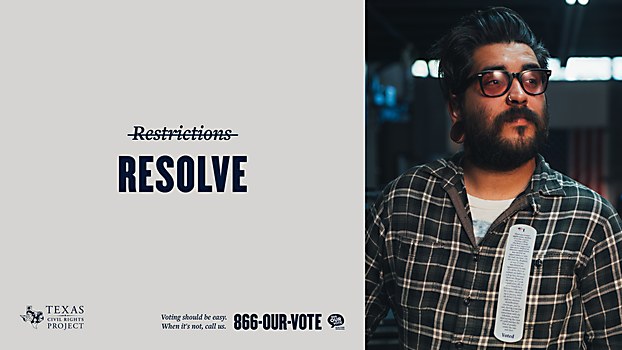 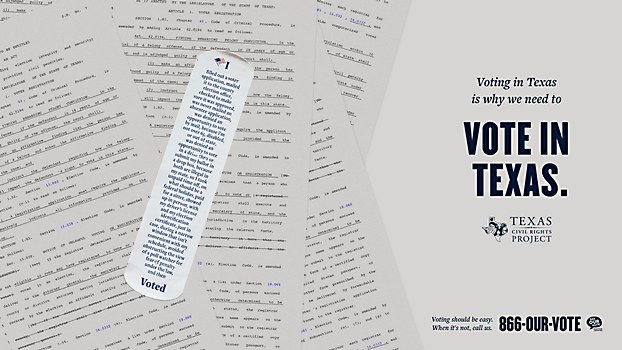 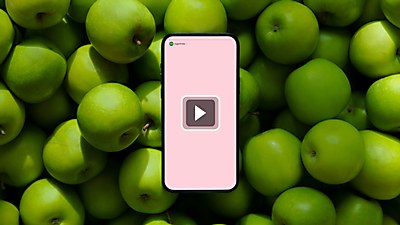 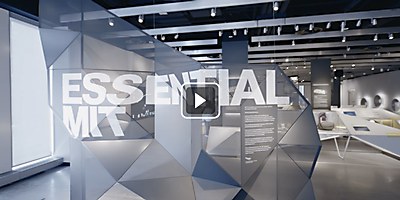 Exhibit / Interactive
MIT Museum installations
These interactive installations by Bluecadet tell the stories of the diverse people behind the Massachusetts Institute of Technology. 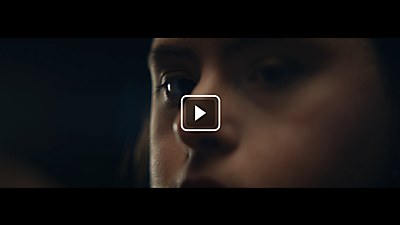