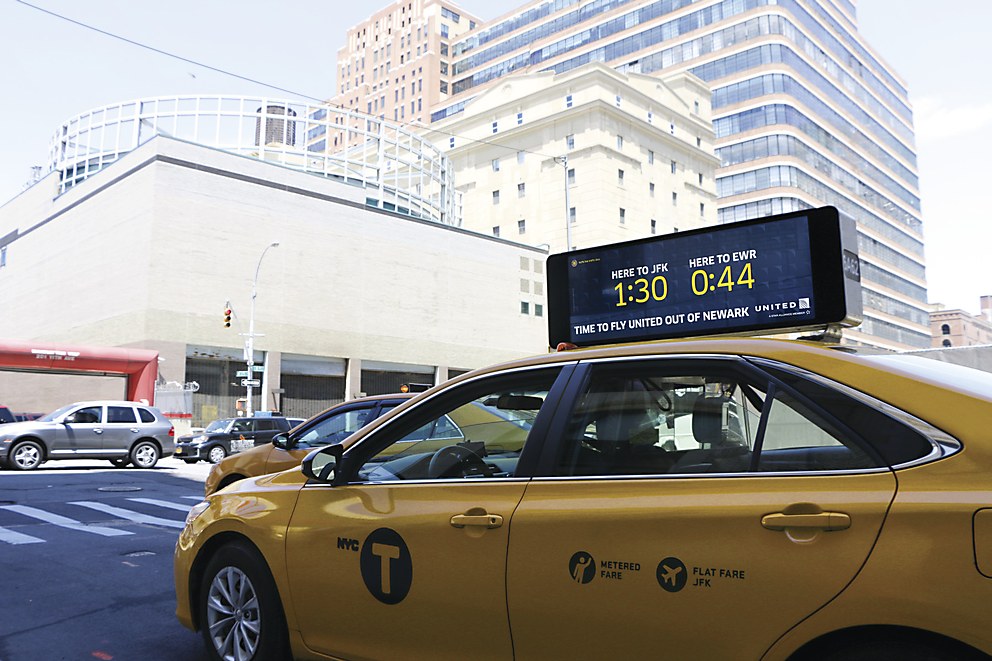 John F. Kennedy International Airport (JFK) has long been considered “New York’s airport.” But Newark Liberty International Airport (EWR) has many claims to be better for New York travelers. To prove it, New York City–based ad agency mcgarrybowen fitted 125 New York City taxis with GPS software to show a real-time comparison of the travel times between the city and JFK and EWR airports. Synced with data from the Curb app, the digital displays update in real time with every change in a taxi’s position and evolving traffic patterns. This represents the first time live traffic data has been used to dynamically display messaging on top of a taxi. 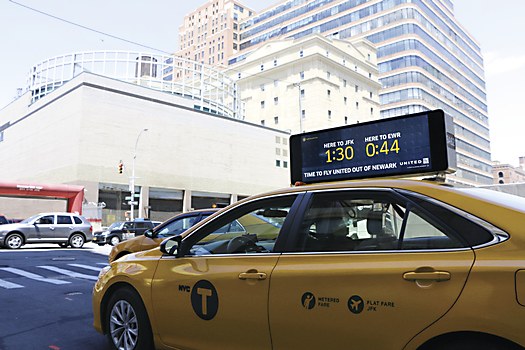 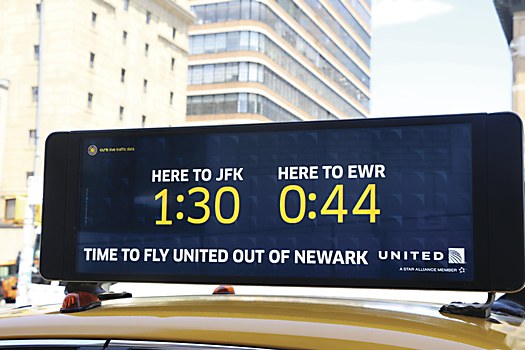 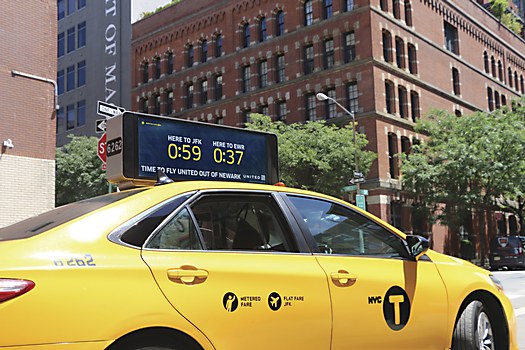 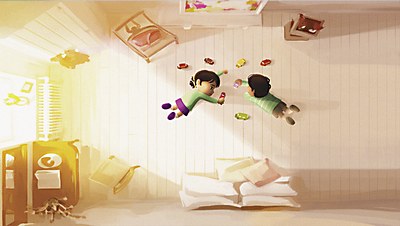 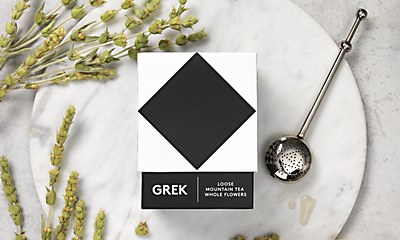 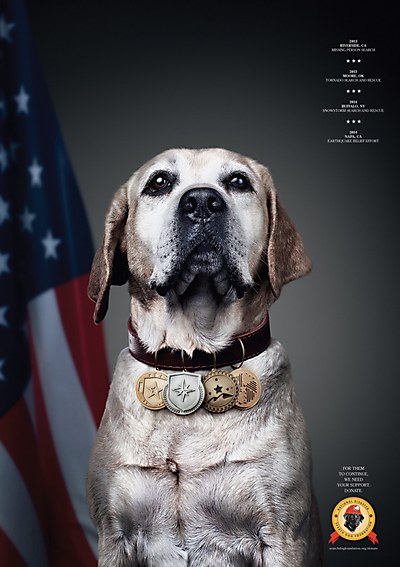