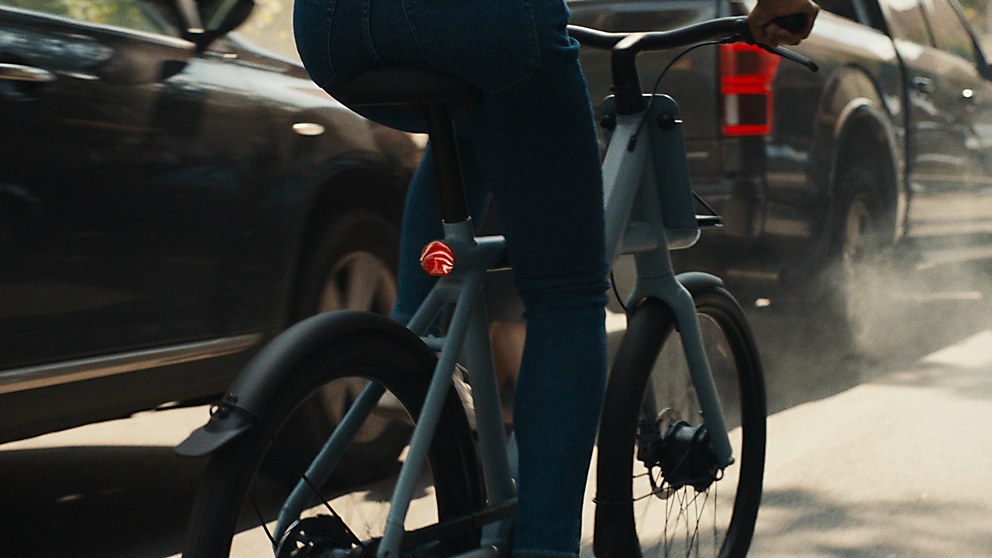 A multidirectional spot by VanMoof and HALAL shows old transportation systems going in reverse as an e-biker moves forward.

Background: “The purpose of ‘The Future Is Forwards’ was to create awareness and strengthen the position of VanMoof in the rapidly growing e-bike market,” says Pascal Duval. “Just like we did in the previous ad ‘Reflections,’ we wanted to share our mission not just to promote e-biking but to show that biking can be the perfect alternative to cars and traditional public transportation, creating safer, greener and cleaner cities and, of course, healthier citizens. With the film and its media buy, we speak to a broader audience than before—an audience starting to see the benefits of e-biking, not just the tech-focused crowd we’d previously attracted. It makes us part of contemporary culture and relevant to all citizens.”

Design thinking: “Part of the brief was about humans wanting to go ‘back’ after the pandemic’—back into iron boxes or back into planes,” Duval says. “I think what we want to go back to is not immediately a good thing. We just think it was good. That thinking led to the idea of reversing, literally being sucked back into a time that we long for. But should we? Most cities opened up when they were empty. Obviously, we don’t want a pandemic to control us, but I think it also showed us that maybe backward is not the right direction. We should move forward. So, the spot shows a negative world moving backward while positive energy cuts through and moves forward.”

Challenges: “The timeframe for our shoot was quite challenging,” says Paul Geusebroek. “We had two days to shoot the entire spot, and since the setups were large and time consuming due to all the background action, we had to strategize on how to make it all possible. We chose to shoot the film with two—sometimes three—units simultaneously on different parts of the street. This required meticulous planning. It got quite hectic at times, running between one unit and another.”

Favorite details: “The cinematography, shot by my close friend and frequent collaborator Menno Mans, is quite stunning,” Geusebroek says. “I like how we brought a large sense of scale and a metropolitan feel to an otherwise calm and unremarkable cross section in Kyiv, Ukraine.”

New lessons: “Sometimes a simple idea can be brought to new heights when you work with amazing people,” Duval says. “This is not new, but as Paul said, the timeframe of this shoot was crazy. It made me see that you can still build something iconic without losing the core idea or drifting into compromises when you open up to new solutions and new insights from others. People around me really fought to bring this idea to life.”

Visual influences: “The cinematographer and I drew inspiration from several old-school street photography books from the ’70s, ’80s and ’90s,” Geusebroek says. “We were looking for wide, grand compositions of bustling city life that feel ‘found’ and uncoerced, sometimes focusing on a single individual among the chaos.” 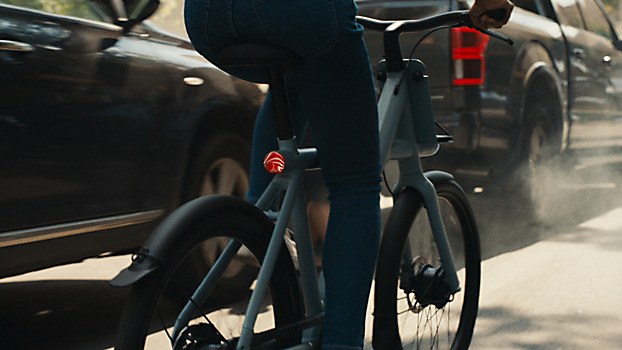 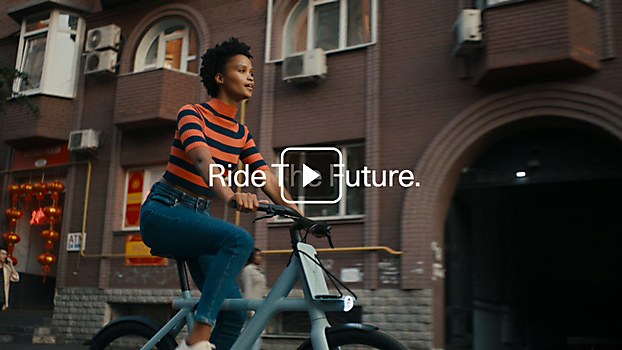 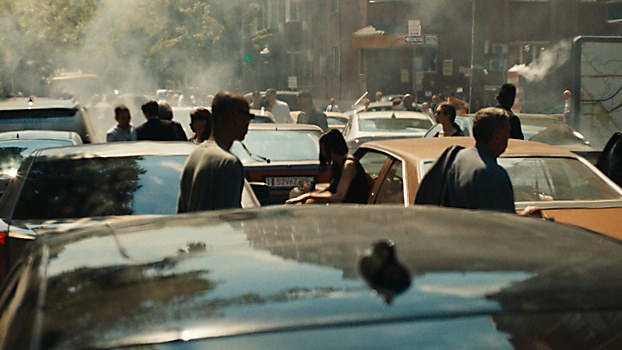 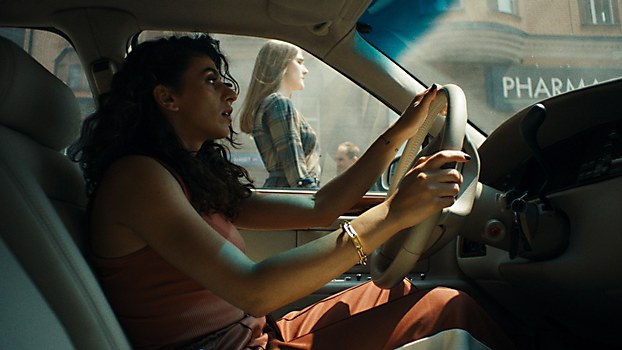 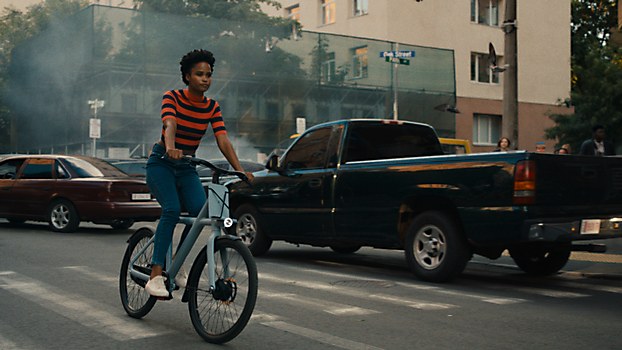 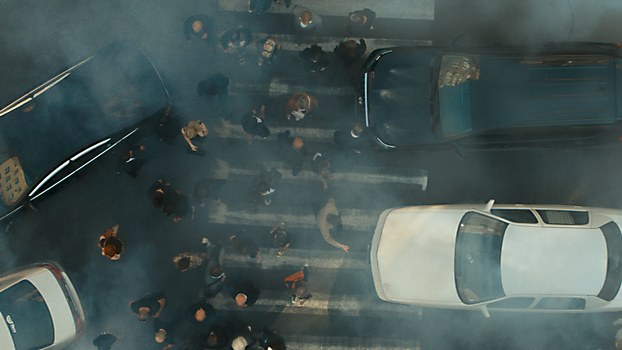 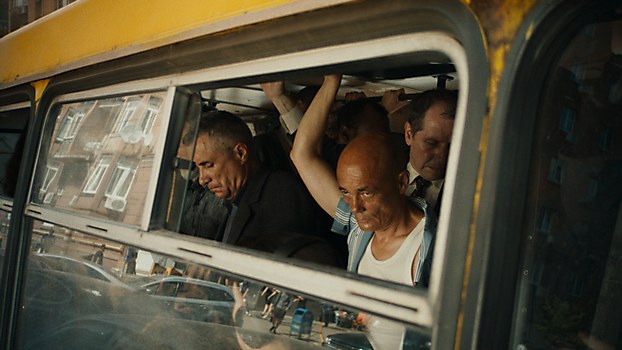 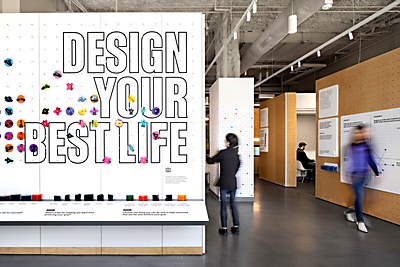 Exhibit / Design
Mindworks: The Science of Thinking environmental design
Pentagram partnered with this University of Chicago laboratory and museum to create interactive exhibits that teach visitors while collecting research data. 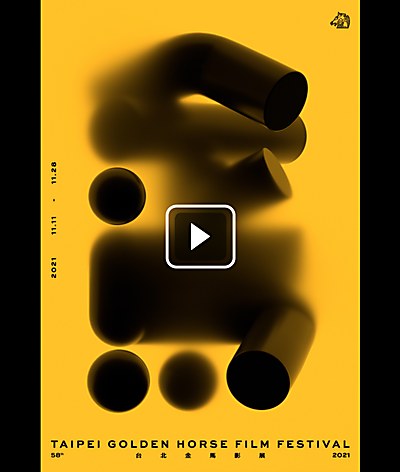 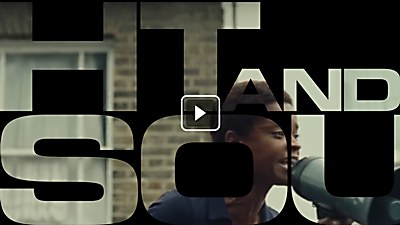