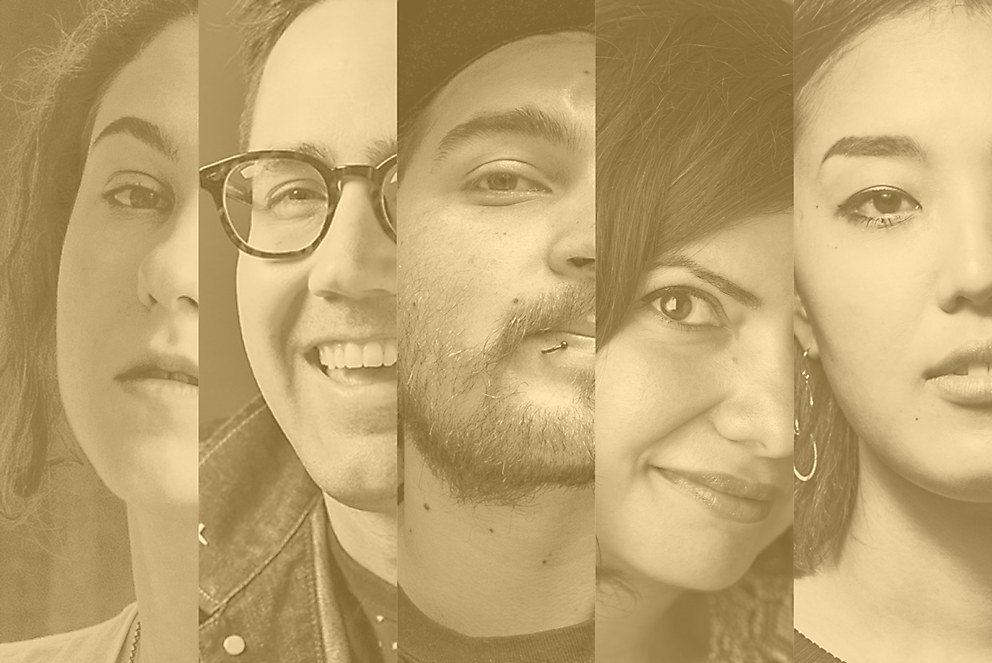 By Maria Doreuli
Prized preservation: For a time, letter­press was almost dead in our country, but Demon Press, a company based in Moscow, revitalized it. Not only does it do commercial work, but it also gives public and private workshops to show students the process behind letterpress printing.

Must-read book: One book that I recently discovered is Finer Points in the Spacing & Arrangement of Type, by Geoffrey Dowding. I have an edition from 1992. It is relatively small and easy to read, and it con­tains all the information a designer needs to know about typography.

Game changer: Fontstand.com is easily the number one font renting service for designers this year. This app makes it really easy to quickly access typefaces. And Fontstand provides special offers for schools and students, which is even more important.
I think it will definitely change the font market, if not the world. 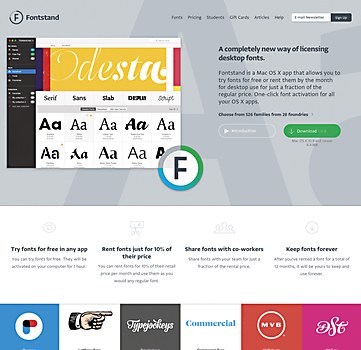 By Erik Marinovich
Inspiring resource: Whenever I have time to spare, you can find me at Letterform Archive. The educational center is one of the best resources for calligraphy, lettering and type design in San Francisco. Be forewarned—your brain will explode from all the awesomeness you’ll see.

Splurge-worthy investment: I finally broke down and bought a Cintiq 13HD; the drawing tablet helps mix up my sketching process, which had always been analog. I recom­mend buying illustrator Kyle T. Webster’s digital brush packs. These turn Photoshop on the Cintiq into the digital art store of your wildest dreams.

Trusty tool: Never leave home without a Pentel brush pen. It’s a lettering artist’s Swiss Army knife that has never let me down. Plus, you can easily buy refill cartridges.

Educational hangout: The Typo­graphics conference in New York City. I didn’t make it this year but watched via the live stream. So many percep­tive talks from a wide spectrum of letterform-making profes­sionals make Typographics well worth attending. 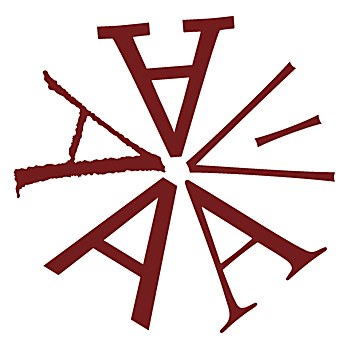 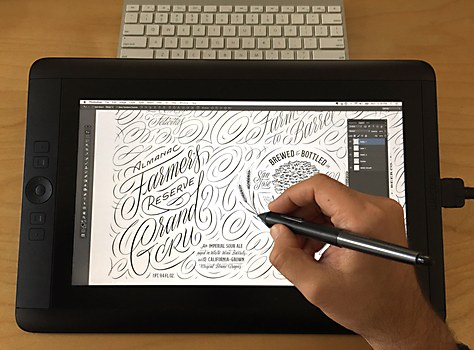 Wave of the future: Google Translate will encourage multilingual typography. Now, people recognize the shapes of languages without knowing their meanings. Google enables people to see new languages without fluently reading them, so it gives richer information than audio translations. Also, it’s interesting that multilingual typo­graphy can have multiple perspectives and encourage different interpretations.

Treasured archive: Wikipedia pages of written languages. Knowing how ancient people invented or changed their languages interests me the most. When I worked on geometric patterns using different languages, I needed to find the minimal elements to describe each letter; knowing the orthography’s history helped me understand, for example, the core shape and why a dot would be here and not there in a letter.

Mind-blowing epiphany: I was very inspired by the influence of gendered nouns in design. For example, a chair in French is feminine, but in German it is masculine. If you compare designs of chairs between those two countries, you see that French chairs have elegant and rounded features, whereas German ones tend to be square and bold. 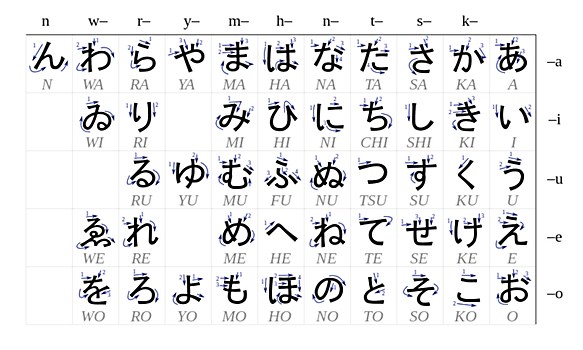 By Alán Guzmán
Arsenal of pens: The Bic Visaquarelle is my favorite weapon, and it’s also really cheap. But in the past year, I discovered the Lyra Aqua Brush Duo; it’s made of durable material and preserves the fine point until it’s dry. The Lyra marker is cheaper than a Tombow dual brush pen and more durable than the Bic Visaquarelle­—it combines the best of both markers.

Calligraphic muse: One resource I’ve discovered in the last few years is the popular calligraphy style here in Mexico called Sonideros, used in band logos and street art. The geometric style of lettering and solid composition inspires me.

Recommended reading: I like a lot of blogs: From Up North, Abduzeedo, Lettering Time, I Love Ligatures, Typeeverything and Webdesigner Depot are some examples.

Local letterpress: The only letterpress I’ve had experience with is 30 DEDOS, run by my friends here in Mexico. Their work is quick, clean and really professional, and they use vintage machines. I’m a big fan of those dudes, and I highly recommend working with them. 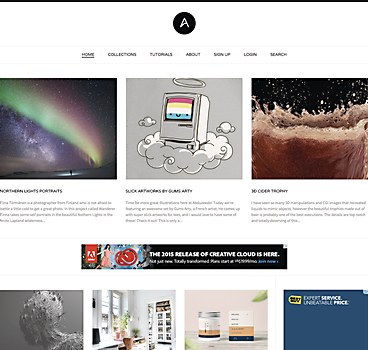 Dream app: The Glyphs app is my go-to type design software. It’s opened up many possibilities for complex typographic features that are really great to explore.

Under-the-radar resources: I often work with Excel. This is not typical for a designer, but it is helpful in managing complex projects and elaborate OpenType features. The kerning feature for my Zapfino Arabic typeface is around 500 lines of code, and that was assembled pretty much in Excel.

Typeface pairing: Adrian Frutiger’s Glypha and Meridien are both great and still feel very contemporary. There is a timeless quality to Frutiger’s work, and these two typefaces deserve more attention. Meridien always feels a bit sharp, but it just needs the right paper.

Philosophy: When I was taught design, I was told to look at existing resources of good design for inspiration. Although that is not a bad exercise, I feel that being told to look at the end result doesn’t reveal the reason it exists. You see a solution, but you do not see the context within which it came to life. But if you look to life outside design, then your source of inspiration is alive and constantly changing. Isn’t that more interesting? 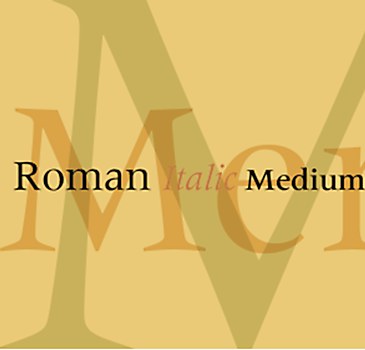 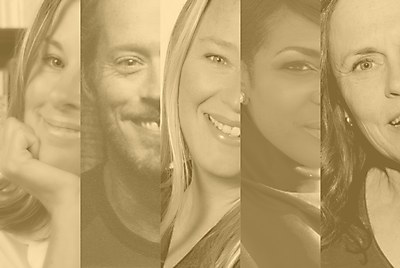 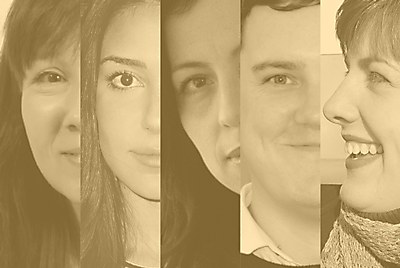 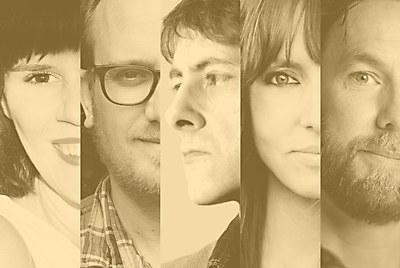