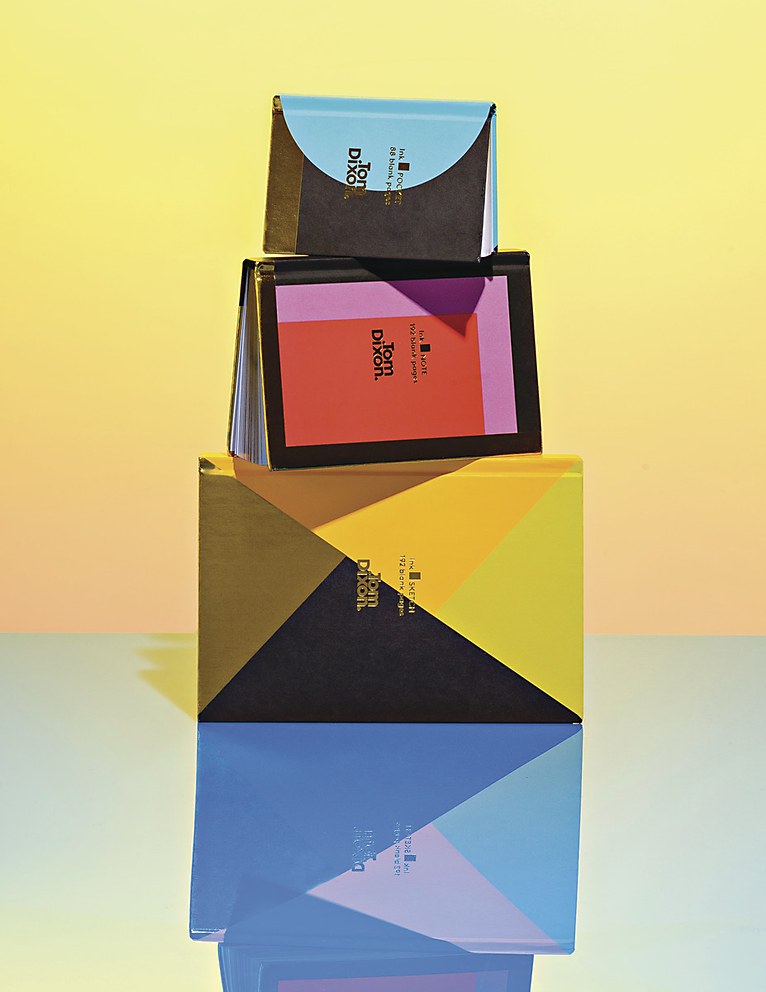 This Seattle-based photographer captures playful abstractions of forms in her visually refreshing work.

You never know what you’ll see, looking through Amanda Ringstad’s eyes. Follow her around her Seattle neighborhood, and it could be as simple as the way two colors bounce off each other or as lucky as a great dumpster-dive find.

It’s all inspiration for the 36-year-old, who says, “I notice things that are a little off or unique. A lot of my work has to do with taking an object and reconstructing it in a way that lets you see it in a different light.”

Stalks of asparagus ride a caster wheel against a pale pink background. Tape dispensers balance themselves like acrobats. Blue sunglasses, a single pair, and their noonday shadow lounge in an orange heat. The subjects that “pose” before Ringstad’s camera express the curiosity and sense of exploration she brings to every shoot. Spare, yet elegant, surprising and often humorous, her still lifes and product shots have appeared in Bloomberg Businessweek and Fast Company; online at Refinery29 and Sight Unseen; in Starbucks and Amazon promos; and on designers’ and artists’ websites—to name just a few of her clients.

Seattle-based glass artist John Hogan is another. “Amanda is an artist who offers her unique and creative approach to anything she’s shooting,” he says. “She treats products as props for making art photography that’s completely unexpected. You ask, ‘What is this thing?’ It’s abstracted. And that adds a creative legitimacy to the object’s design—because of the creativity she’s putting into the shot. Her work is more experimental than any other photographer’s that I’ve seen.”

Ringstad photographs mostly inside her modern, 1,000-square-foot loft, where she lives and works. In her kitchenette, a small table does double duty for eating and working. A larger one—with multiple C-stands, studio lighting and various shooting surfaces—is where she stages most of her shoots. Across the room, her computer sits on a wheeled white table, with a chalkboard behind it and fashion magazine pages tacked up nearby. Dried mesquite, a bird’s nest and rocks rest on the gas fireplace’s mantle, along with geometric wood and brass blocks scattered about the space.

She climbs a ladder to sleep, but could easily be up all night, too. “It’s nice to work when I want. I like thinking about my shoots, always problem solving,” says Ringstad. “But it’s sometimes a challenge because I can never completely distance myself when I’m here.” It’s one reason she loves hiking and kayaking with her boyfriend. 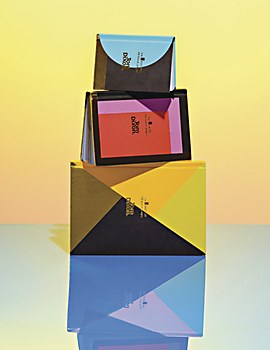 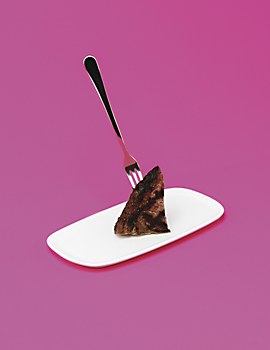 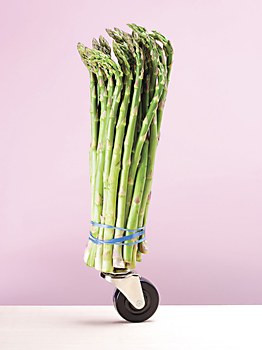 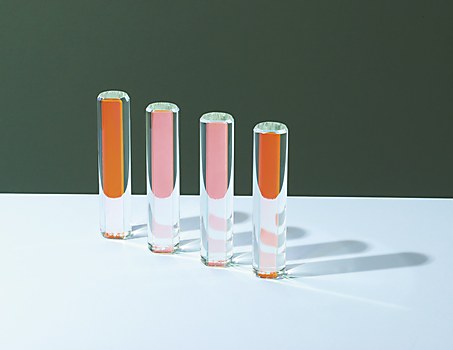 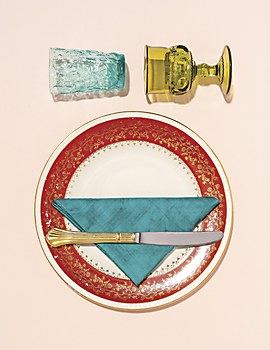 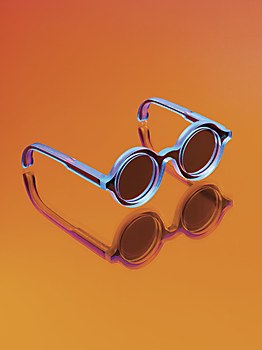 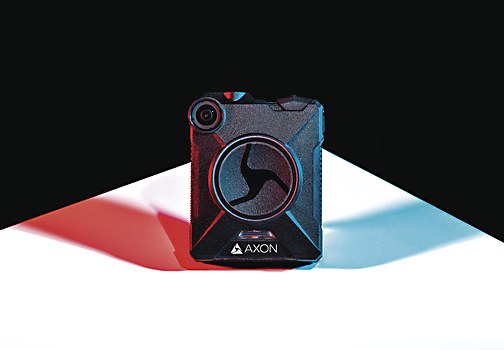 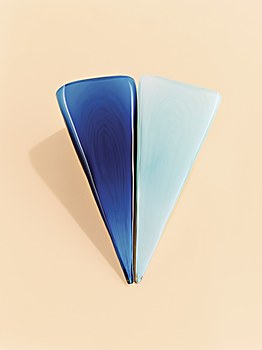 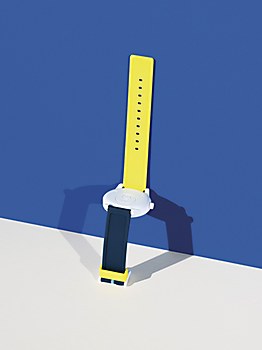 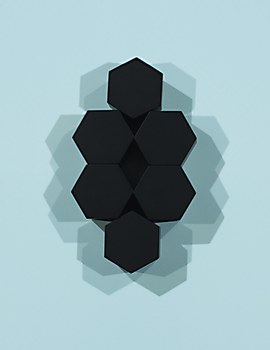 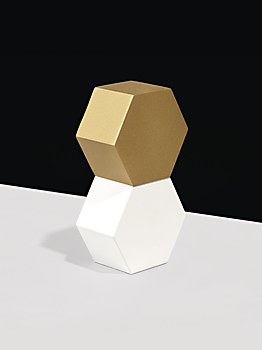 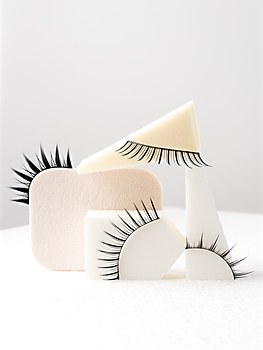 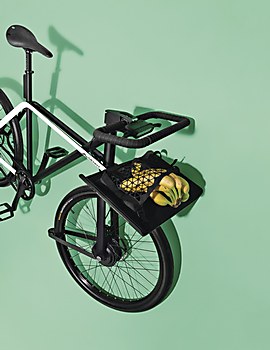 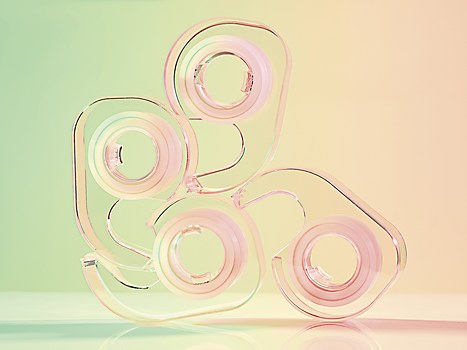 Wearing blue denim overalls and white sneakers, she sits on an orange couch beside a small bookshelf that holds a mix of titles, on topics ranging from the arts to physics to food. Behind her, an east-facing sliding-glass door opens onto a small balcony with potted plants. Just beyond, pressed against a flawless blue sky, a yellow tower crane stands over a half-built condominium building.

You could say Ringstad is also a work in progress. Like Seattle and its current boom in population—and in design firms—she has come into her own as a photographer. She was born and raised in the city’s suburbs. “It’s a conscious choice for me to live here,” she says. “I know I’d get more work in New York, but I’m growing in the place I’m growing. There’s a lot of opportunity.” What about the competition? “I don’t bog myself down with that. I’m focusing on what’s true to me.”

For Ringstad, this means letting her own nature take its course, and it’s an experimental one. Ample time with a project gives her room to explore ideas. Graphic design, especially Bauhaus and mid-20th century, inspires her. So do art deco, children’s book illustrations, and the art of Douglas Coupland, Irving Penn and Josef Albers. As for those fashion magazine ads on her wall, she says, “It’s always good to see things I admire, and if it’s what companies are hiring photographers to do, it reminds me of what’s successful.”

Ringstad seeks out surface materials beyond the traditional sweep—woven papers and wood, trash-turned-treasures and secondhand-store deals, fabrics like silver lamé and velvet. Those blue sunglasses rest on a mirror covered with orange acrylic. In another project, glittered paper lit from the side looks like outer space.

“It’s amazing what you can do with light. It’s a crucial aspect and what I think about most for a shot,” says Ringstad. “Shadows can add structure and create more shapes.” From four light sources, she formed multiple geometric and symmetrical shadows that play off the sharp corners of Hex Weights by Seattle company Iacoli & McAllister. Industrial designer Jamie Iacoli, the company’s co-owner, says, “It’s not just a paperweight, but also a thing of beauty. Amanda takes the ethos we put into our objects and expands on it. I’m blown away by what she does.”

It’s amazing what you can do with light. It’s a crucial aspect and what I think about most for a shot.”

Gels on Ringstad’s lights shed color on her shadows and surfaces, such as the pastel peachy pinks and greens in her photo of those acrobatic tape dispensers. Then there’s the shot she took for the cover of Bloomberg Businessweek of a police body camera, basically a plain black box. Her red and cyan gels create an arresting effect, evoking emergency-vehicle flashers.

A successful image also keeps people looking at it, something else Ringstad considers. In one of her personal, promotional photos, false eyelashes tilt at different angles, enhanced by geometric makeup sponges, to continually guide the eye around. Ringstad herself has always enjoyed looking at things. “I remember, as a kid, the tile floor in our house with this ’70s pattern; I’d sit there and stare at it, and afterwards, it would look entirely new.” Her mother, a dietitian, fostered her interest in the arts and encouraged her to draw and paint. Her father, a mechanical engineer who loved taking pictures, brought out her natural curiosity about how things work and soon handed off the family-photographer role to her.

She studied sculpture and photography—and took other art classes—at the University of Hawai’i at Mānoa. “As a shy person then, photography gave me license to be purposefully curious while exploring places and ideas and to let my imagination go,” Ringstad says. She received a BFA in photography in 2004 and started doing weddings, portraits, photojournalism and catalog photos—first in Hawai’i and then in Seattle. She also worked assistant jobs, organizing stock portfolios and retouching, while shooting landscapes and still lifes on her own. “I took whatever I could as I learned how to use my camera and be a photographer.” More and more gigs came her way, sparking her to begin freelancing full time in 2011.

Ringstad met a lot of Seattle designers through social circles, including Iacoli, industrial design firm Ladies & Gentlemen Studio, and the design agency Civilization; the work they collaborated on caught others’ attention. A year later, Maria Bianco, owner of Bianco Artists based in Seattle, signed Ringstad to her roster. Together, they edited Ringstad’s work so Bianco could present and market her aesthetic to commercial and editorial clients nationwide. Word of mouth, Instagram and blogs soon led more designers and artists to her.

“Amanda is a dream collaborator,” says Gabriel Stromberg, creative director at Civilization. “She’s an artist with an open-ended creative sense, but also understands how that fits into the design process. She communicates and works well within a project’s structure. You know she’s going to do her thing and come up with something that’ll blow your mind.”

As much as Hogan also enjoys being a part of the creative process with Ringstad, he says, “I’m not sure that’s the best way to work with her. When you leave her to her own privacy, you’ll probably get something that’s more personal and focused.”

I try to think about objects as mere forms. This gives me unlimited options to do something unconventional with them, yet still let them be those things.”

What does go on in that loft of hers? “I lock myself into this zone,” says Ringstad. “It’s a very intoxicating place to be—very euphoric. It feels so good to try out new things, and the only way to get there is to experiment and give myself some allowance to mess up and try again.”

Ringstad errs toward simplicity “because it speaks volumes, more than having too much going on in the shot. If I can make the object look good on its own, then I’ve succeeded.” Take the promotional campaign for Death Over Dinner. Designed by Civilization, the campaign included an online interactive guide to enhance the end-of-life experience. For the website, Ringstad took a dinner plate, a folded napkin, flatware and glassware and removed their meanings, leaving only their shapes to photograph.

“I try to think about objects as mere forms,” she says. “This gives me unlimited options to do something unconventional with them, yet still let them be those things. Even if it’s an ordinary shoe or cup, everything has a positive attribute that you can work with. A certain product may not be the coolest, but you can play off its surface, color or shape and focus on the environment around it or how the lighting will make the composition. There’s always an opportunity to do something potentially interesting. I want people to stare at the image and consider what it is.”

She also wants her photographs to inspire her clients. They inspire Iacoli, who says, “There’s a sense of wonder in Amanda’s creative process. It makes me want to dig in and get more creative with my own designs.”

Ringstad, too, is evolving as an artist and envisions someday doing film and art direction and fleshing out her unexplored ideas into huge fine art photographs. “I’m not limited to anything in my mind,” she says. “As long as the curiosity is there on my end, I can keep going.” As she traverses new visual terrain, who knows what she’ll see! ca 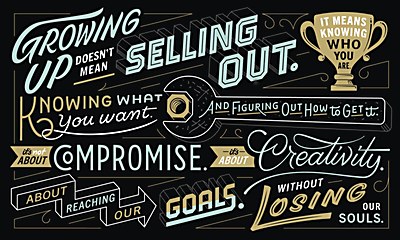 Features / Typography
Five Hand Letterers
A classic art form is alive and well in the inventive work of these five hand letterers. 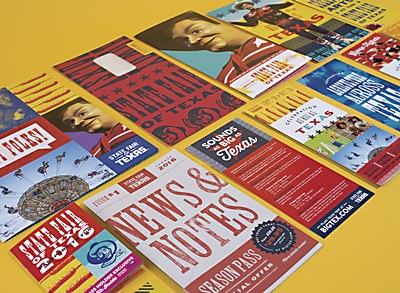 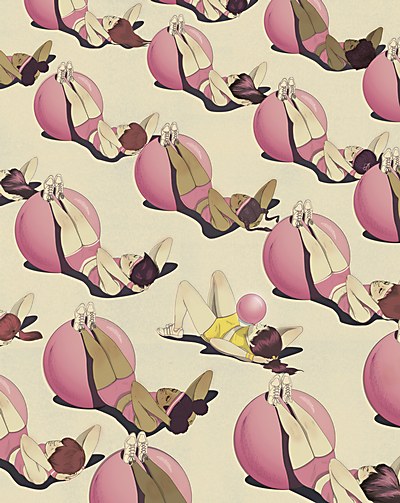