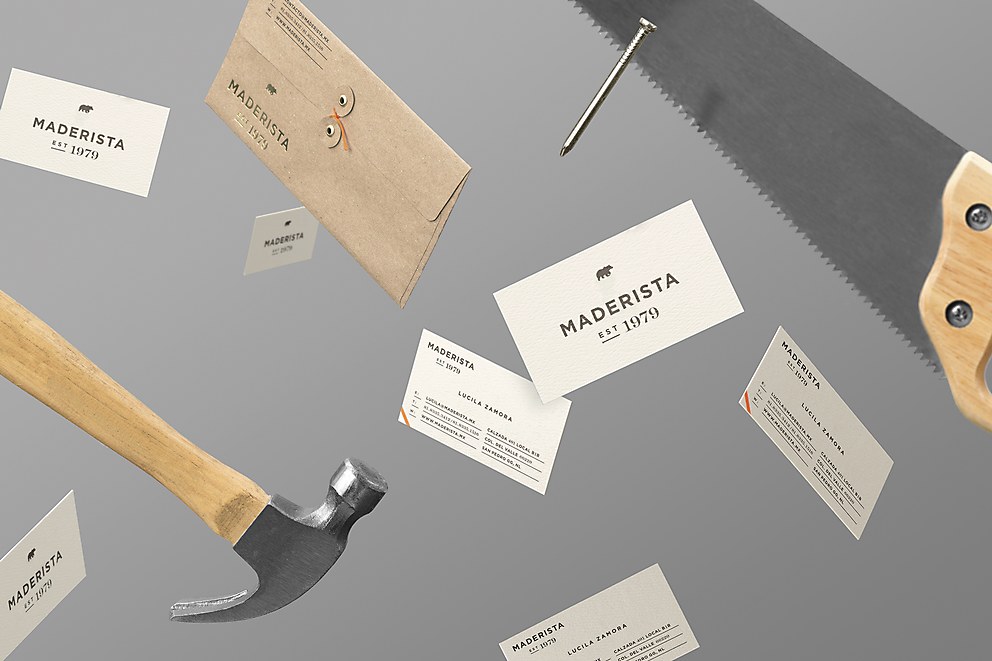 An ambitious design firm brings modern sophistication to Monterrey, Mexico, and beyond.

Anagrama, one of the world’s hottest new design firms, is located in what might be one of the design world’s least-known cities: Monterrey, Mexico. It’s a stunningly beautiful metropolis of four million people where skyscrapers, manufacturing centers, colonial architecture and parks are surrounded by mountains so dramatic, they are almost surreal. In a converted warehouse in the upscale San Pedro area, Anagrama’s young designers, strategists, programmers and architects create work so extraordinary that in just 4 years the firm has grown from a 3-person shop to a team of 35. They’ve opened a second office in Mexico City and will soon be expanding to Asia, and then New York City. “We are a totally Mexican company,” says founding partner Sebastian Padilla, “but one with clients all around the world.”

Padilla, 29, is Angrama’s senior creative director, a graduate of Universidad de Monterrey who developed his own recognizable design style and client base as a freelancer before starting the firm. Managing partner Gustavo Muñoz, 31, who attended Instituto Tecnológico de Estudios Superiores de Monterrey, is a systems engineer whose previous job was developing efficiencies for the PepsiCo supply chain serving Latin America and the Caribbean. Creative director Mike Herrera, 31, had worked his way up from junior designer to branding director at a local agency after graduating from Centro de Estudios Superiores de Diseño de Monterrey. 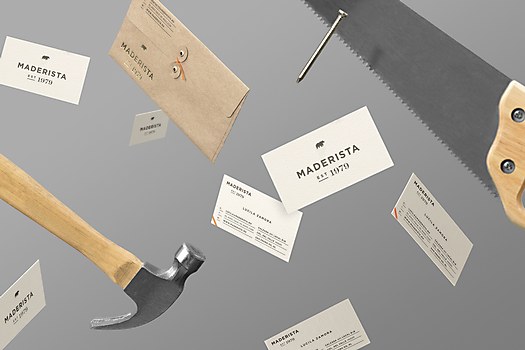 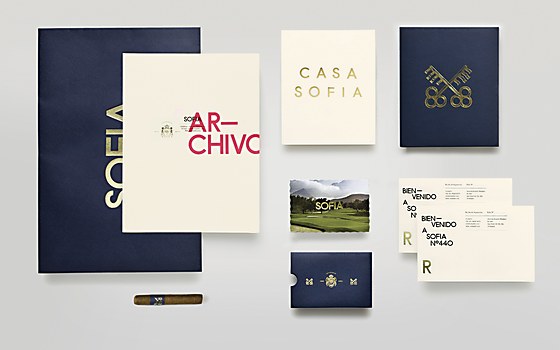 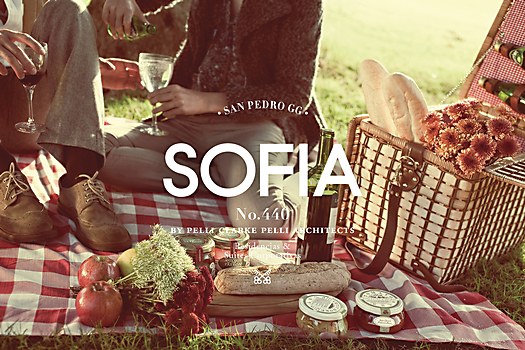 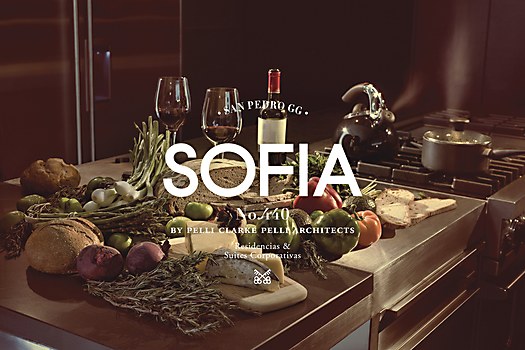 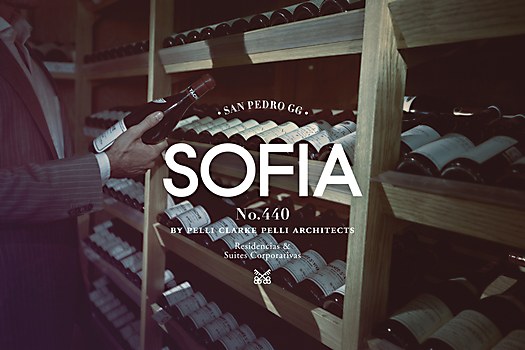 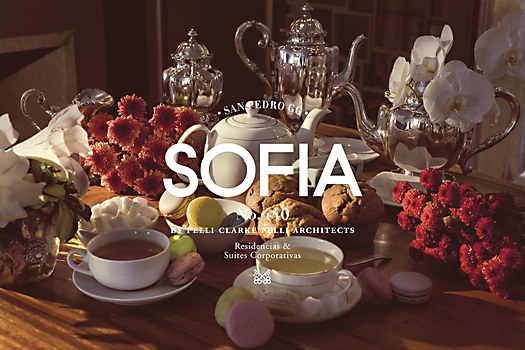 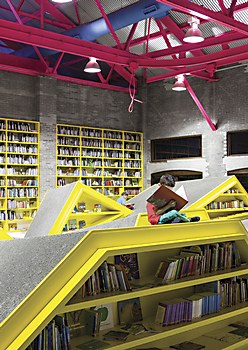 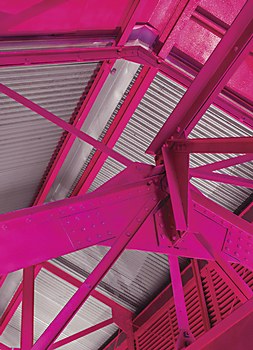 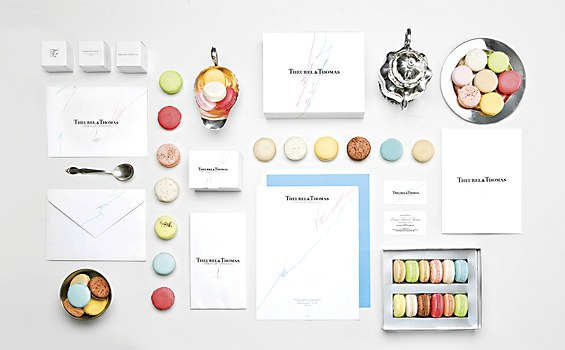 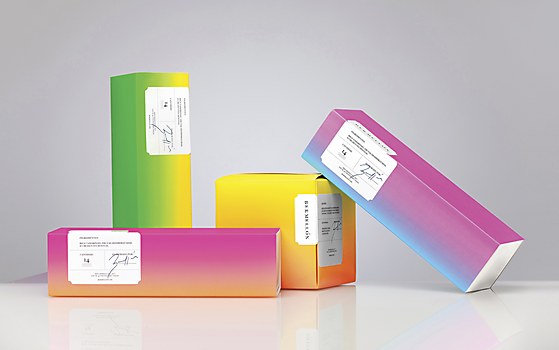 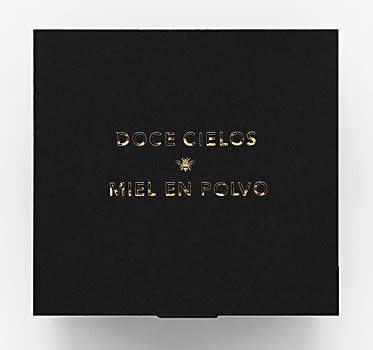 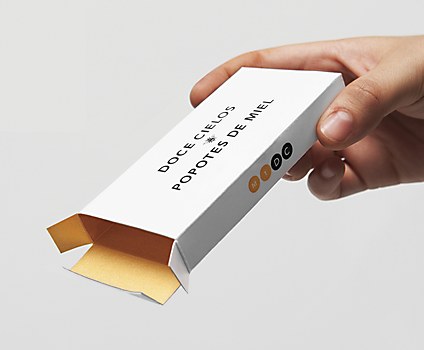 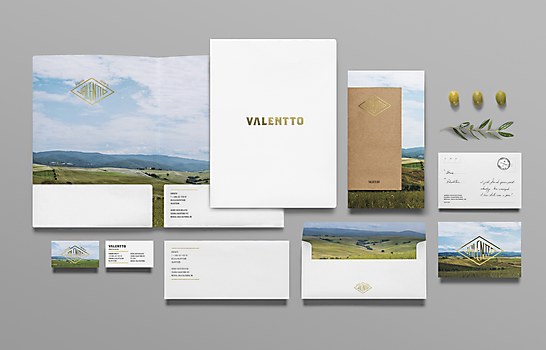 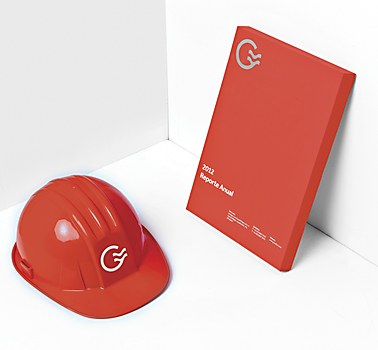 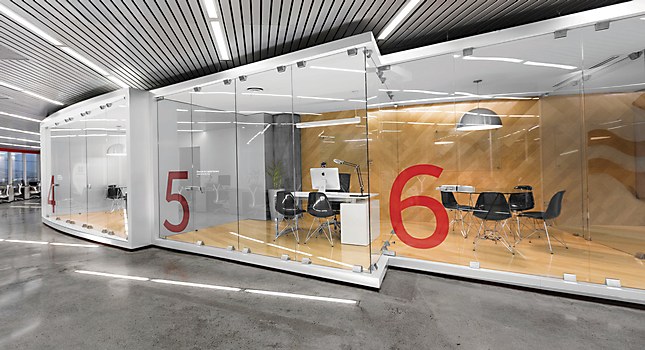 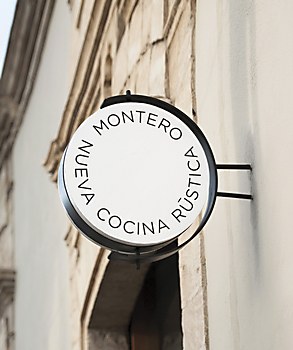 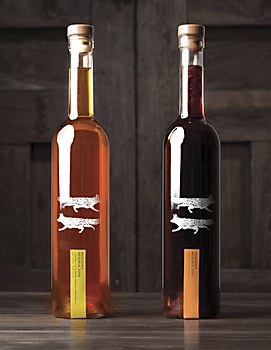 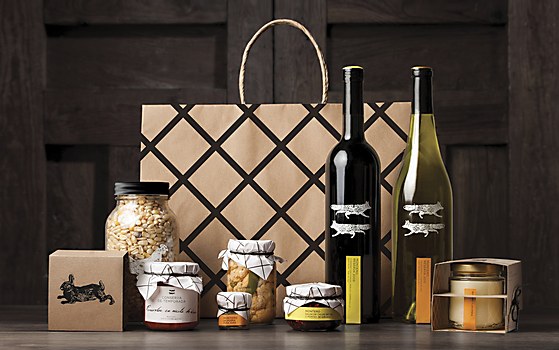 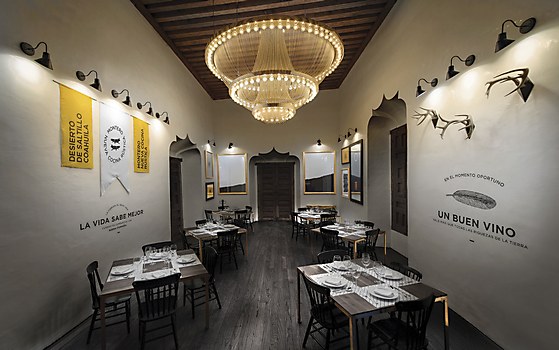 When they met, Muñoz had just left PepsiCo to found a technology start-up and interviewed Padilla to do the branding. “When I looked at Sebastian’s portfolio, I was amazed,” Muñoz recalls. “These were the projects I most admired and remembered from the street. We had many long talks over coffee about building a firm together.” They set up shop in 2009. “The name was Sebastian’s idea,” Muñoz adds. “An anagram, letters rearranged to make a new word, is something static made dynamic. When we started, we didn’t know where we wanted to end up. We wanted a name that could give us the freedom to offer many different creative services.” To make that happen, two more partners were recruited: Roberto Treviño, who manages the firm’s architectural and interior design projects, and software and hardware director Chuy Hernández. Anagrama’s work is now so much in demand that two employees work full-time to answer all the e-mail and phone inquiries that pour in from potential clients.

“Monterrey is near the Texas border,” Padilla explains. “Businesses here now want to be first-world, to look like United States companies and do business internationally.” This turn-around in client thinking explains why Anagrama’s work can be devoid of the clichés associated with Latin American advertising and commercial art: no photos of families enjoying a meal or couples sharing a beer, no folk-art-inspired design. Instead, more and more clients in Mexico—and around the world—realize that to succeed they have to speak a global visual language for a generation that’s connected and informed via mobile devices. “Mexican companies need to modernize, to communicate with more sophistication,” Muñoz says. “This creates opportunities for us. We can captivate their audiences through brand experiences that not only have an interesting look and feel, but function in a superior way.”

To find clients and establish their firm, the partners used three “secret weapons” they aren’t shy about describing. First, they turned down work that didn’t fit the ideal client profile. “It’s easy to say yes to everything and hard to say no, especially when you are just starting out and have no income,” says Padilla. “We made sacrifices in the beginning, waiting for opportunities where we could express our creativity.”

We made sacrifices in the beginning, waiting for opportunities where we could express our creativity.”—Sebastian Padilla

Secondly, after getting the right kind of work, they developed proprietary project management software and protocols. “At PepsiCo, I analyzed inventories and production to bring down costs and eliminate losses. I transferred that knowledge to making a creative business more efficient,” says Muñoz. “Engineers and creatives often distrust each other. But here, people who work efficiently are recognized and find it a great place to work,” though he admits achieving that was a challenge. “How do you quantify creative work?” he asks. “Designing something could take an hour, or it could take two weeks.” He was ultimately able to break the design process into definable, measurable segments and to develop ways to reward efficiencies. For example, when people finish a project a day early, they get an extra day off.

The third not-so-secret weapon is Anagrama’s portfolio. Two designers work exclusively on creating memorable images to post on anagrama.com and on portfolio websites. The partners claim they spend more money on portfolio production—photographers, location scouting, prop styling and post-production—than on office overhead. That strategy has paid off. Anagrama is one of the “most appreciated” firms on Behance, with 140,000 views, 85,000 appreciations and 65,000 followers—and more than a hundred active clients.

It all started with one client, Theurel & Thomas, a patisserie. “We did a total brand experience for almost no money,” says Padilla. Anagrama created an all-white identity—a white shop interior punctuated by colorful confections arranged in geometric patterns—that was widely covered by European and Asian magazines and blogs. Then they sought out other clients: entrepreneurs, people who don’t believe in predictable patterns and who appreciate a similarly bold approach to design. They found the right mindset at Maderista, a small custom furniture store in a local mall, for which they created a store interior like a museum installation, lined with successive waves of sculptural wooden panels. Everything is different than what might be expected for a business in this category; richer, bolder. The stationery set features envelopes made from foil-stamped kraft paper with a button-and-string clasp. “We like to go crazy with finishes and experiment with materials,” says 23-year-old production manager Karla León, who is responsible for mastering all the tricky processes and delivering exactly what the designers envision. For Anagrama’s portfolio for example, the Maderista business cards had to be photographed free-floating in a still life with a hammer, saw and nail.

Mexican companies need to modernize, to communicate with more sophistication. This creates opportunities for us."—Gustavo Muñoz

The partners give younger designers like León, many of whom began there as students and interns, opportunities to make major contributions. Daniela Garza, also 23, recalls executing the brand applications for Sofia, an apartment tower designed by architect Cesar Pelli, as one of her best experiences—a job on which she rose to the role of project manager. The work included designing a custom typeface and an antique-inspired coat-of-arms logo, art directing lush still life photography and combining the elements in an eclectic program that includes amenities from umbrellas to wine labels.

Another notable project is Niños Conarte, a children’s library in a landmark space that was previously a steelworks. Led by staff architect Andrea Benavides, the designers created a colorful environment for reading, learning and play that echoes Monterrey’s mountainous topography. Getting the commission from the State of Nueva León’s Council of Culture and Arts shows just how prescient the partners were in positioning Anagrama to serve a region that’s undergoing a dual transformation: there is modernization, booming industry and traffic, but also a return to Mexican roots that is getting people out of their cars and into green spaces, back to enjoying nature and each other’s company. “The city was built around the automobile, but the local government is developing alternative transportation modes and encouraging more use of parks and sidewalks as a way for people to feel more integrated with the city—allowing them to meet, collaborate and be friendlier,” Muñoz says. “There are projects like closing a main street on Sundays so citizens can walk, do yoga and other activities, or meet in a park to watch a movie they selected on Facebook.”

Anagrama’s office—almost everyone works together in a long room with glossy concrete floors and green-painted ductwork—is in a neighborhood that’s a mix of new and older Mexico, where the designers buy snacks at a little abarrotes (grocery store) tucked between modern apartment houses and office buildings, single-family homes and small factories. To the designers, though, the neighborhood’s most outstanding feature is the dance studio next door. “Moms drop off and pick up their kids all day long, and a crazy mom-honking frenzy happens at 6:00 p.m.,” reports Muñoz. “When we first moved here, I hated that. But now I think of it as an indicator that it’s almost time to go home to be with my own family.”

For all the modernizing going on, family is still very important here. When asked what they do on weekends, the designers’ answers include everything from Formula One racing to playing guitar and bass. But family comes first. “I spend most weekends with my son Julian and my wife Monica,” says Muñoz. “We go out to dinner or the movies, or we just hang out at home, talking, cooking and having fun.”

And then comes travel: travel in the United States, Europe and throughout Mexico, visiting the “many Mexicos,” from the big cities to the Caribbean and Baja beaches. “Mexico is like 200 Mexicos,” Muñoz says. “If you visit a tourist-centered city like Cancún, you only get that point of view and lose everything cultural,” he points out. “If you visit Mexico City, you’ll get a balance of things—from Aztec ruins to Colonial churches to state-of-the-art skyscrapers—that give a bigger sense of the country. If you visit Monterrey, you’ll get an idea of Mexico as an industrial country, full of factories and businesses, very similar to many United States cities, with a lot of competitiveness and people looking to make money in every possible way.”

Monterrey is where almost all the Anagrama designers grew up and went to school, and they chose to live here and make their mark with design that is extending far beyond the craggy mountains that surround the city. When asked what makes their work so distinctive it attracts clients worldwide, the partners take a philosophical approach: “There is a finite number of colors and shapes and symbols,” says Padilla. “We take those elements and their meanings and rearrange them through a deep creative process. The concepts we develop may be new, but they must become iconic and offer the customer memorable and unique experiences, which in turn help businesses—our clients’ and our own—to develop and grow.” ca 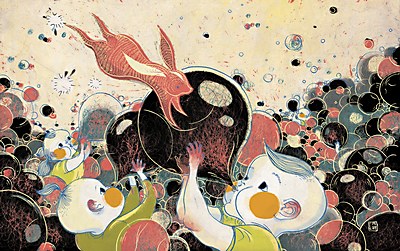 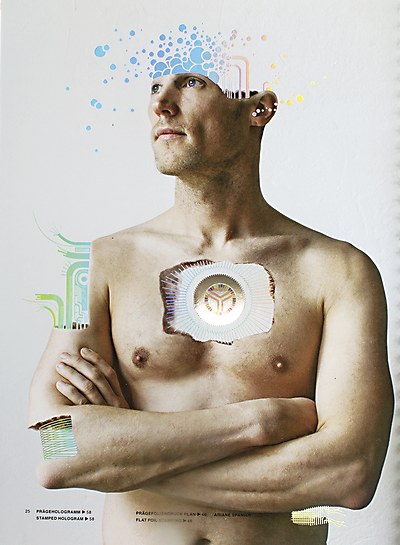 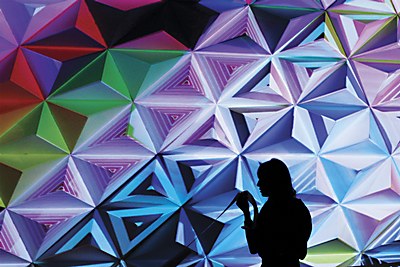