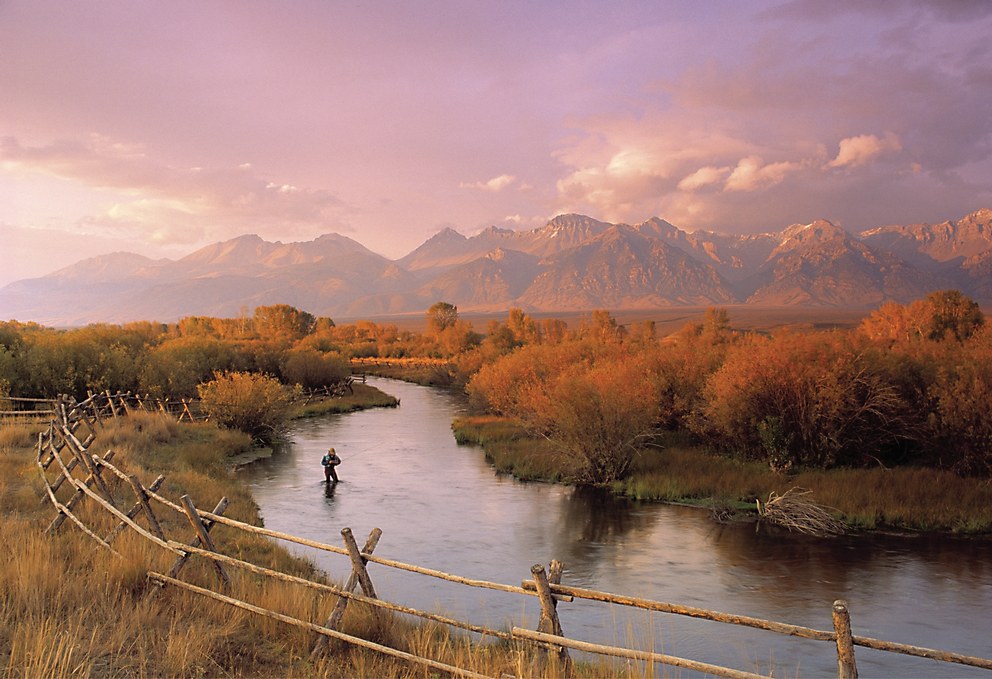 This Idaho-based photographer is on his second career—and loving it. 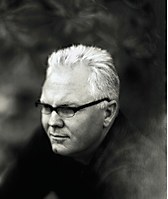 Outside the plane window, at around 10,000 feet, the Idaho landscape appears like a Currier & Ives print; houses and trees bisected neatly by snowy quadrants. Forty-six miles east of Boise, in a landscape of high desert and snow-capped mountains, is the home base of photographer Andy Anderson.

People and places have their own distinctive voices," says Anderson, who feels that this landscape of rugged terrain and tumbleweeds has chosen him. Mountain Home was the last post in his twenty-year career as an Air Force crash/ rescue fire-fighter. Once known as Rattlesnake Station, and wisely renamed to be more attractive to settlers, Mountain Home may seem "Spartan to the layman, but it lets me breathe," says Anderson. "The less there is, the more there is to me. I travel so much, when I come here I can just be myself."

Anderson could be photography's Cinderella story. Inspired by a John Huet photograph he found in a copy of Communication Arts, he was emboldened to become a photographer himself for his second career. Years later, Huet, moved by Anderson's work, invited him to be one of twelve select photographers to document the Salt Lake City Olympics with access unprecedented since Leni Riefenstahl and the 1936 Berlin Summer Games. [See March/April 2002 for Matthew Porter's feature on the XIX Olympic Winter Games, and the August 2003 Photography Annual, for a book review of The Fire Within, published by the Salt Lake Organizing Committee.

He resists being identified as a photographer of masculine images, although he does capture nature, and man in nature in such an uncontrived fashion, that it's impossible not to think of his landscapes, and those who people them, as anything but heroic. But, he can just as easily capture Julia "Butterfly" Hill, as radiant as a wood fairy in the midst of a towering forest of trees, much like the one she chose to call home for 738 days to protect it. 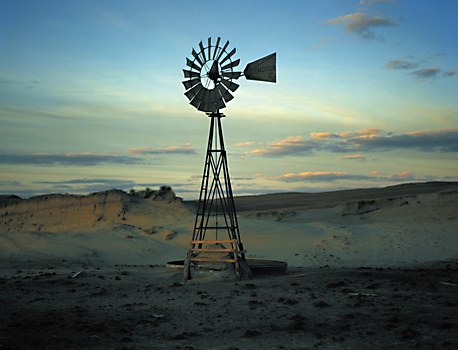 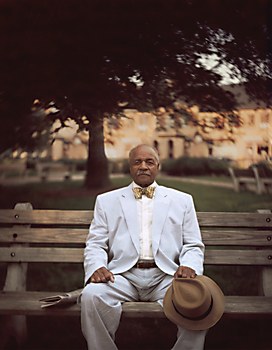 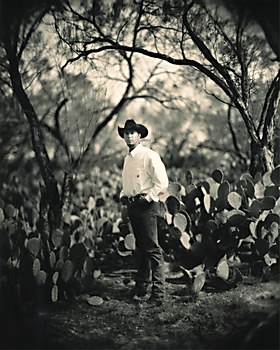 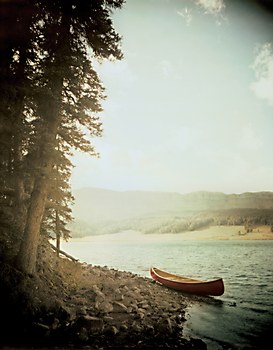 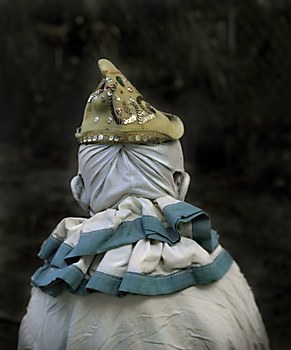 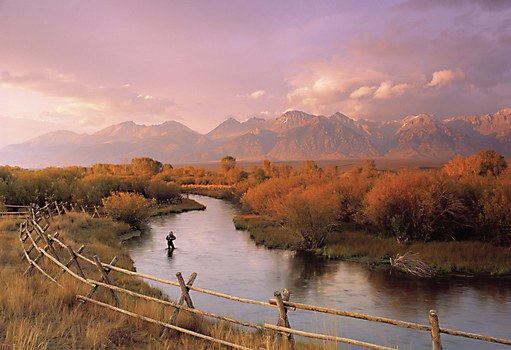 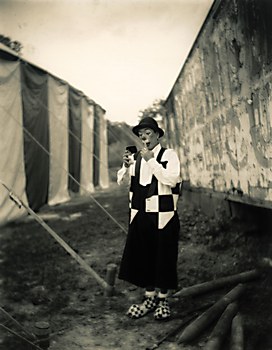 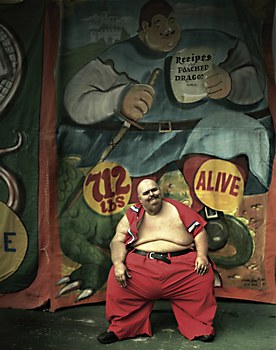 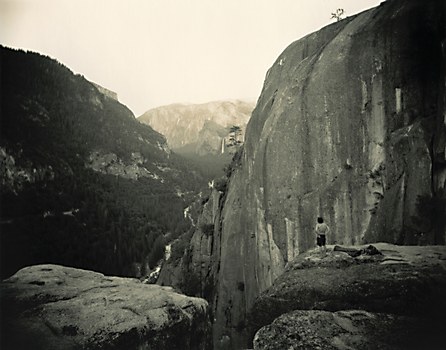 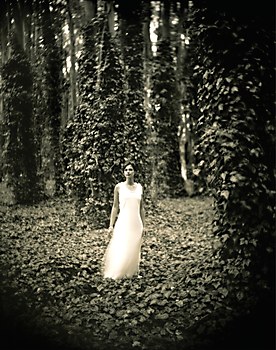 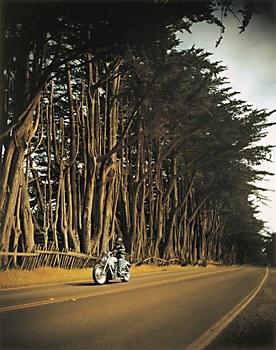 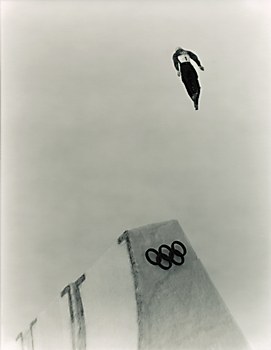 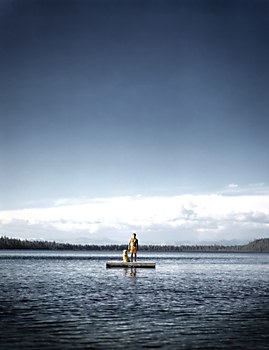 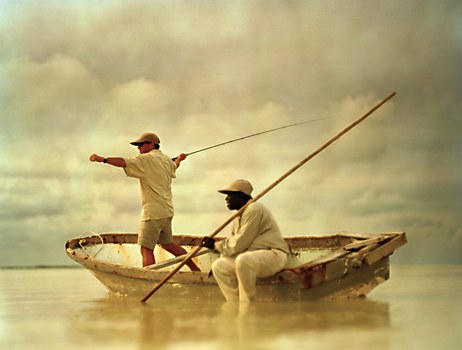 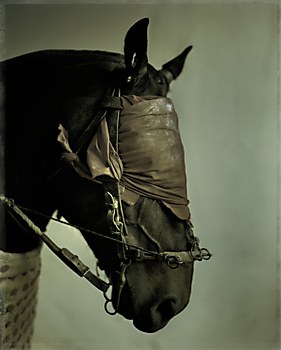 He is drawn to the things that formed America and made it great, and to the rugged iconoclastic individuals who are the heart and soul of this country. Places make an impact on him; he has trouble detaching—often revisiting favorite locales and people—"I always come back to people that are remnants of days gone by. As we move into the new millennium and jobs are going away and becoming more digitized, it's not the same as it used to be," he says, lamenting the loss of true craft. "I want to celebrate that. I don't want to demoralize that and make it feel less than it visually is, because almost in an obsessive way, I'm trying to capture this before it's all gone.

"To be really good at photography, you have to be obsessed with it," he claims. "Photography is a craft for me."

Whether it's a torero in Pamplona, an Idaho cowboy, or a fisherman in Maine, he is dedicated to honestly recording these voices. He cultivates characters and his portraits of these hard-working people are direct and sincere. No white seamless like Avedon, or careful poses, just direct engagement with his subjects, who often end up becoming his friends. Driving a loop around Mountain Home to show off its attributes, he waves at a truck full of cowboys, bringing their horses back at the end of a long day of branding. They pull over to say hello, and tell him where a friend he's been looking for has been working. Their handsome yet dirty faces, well-worn hats and drooping mustaches appeal to Anderson, who regrets missing the opportunity to make a portrait of them.

He is moved by the paintings of the nineteenth-century German Romantic artist Caspar David Friedrich, who was described by his contemporary David d'Angers as the pioneer of a new genre: "the tragedy of landscape." And indeed, landscape as icon is evident in Anderson's photographs; landscape that is not prettied up, deserts with forbidding vistas and twisted fences, deep canyons with precipitous drops, sharp mountains against pale skies. He admires the paintings of Russell Chatham and Alfred Bierstadt, drawing more influence from landscape artists than other photographers.

Anderson grew up in Orlando, Florida and, after high school, received a one-year scholarship in journalism at a local community college. While he enjoyed writing, he found it too difficult to consider as a career, and entered the Air Force at age 21. Not an unlikely career given that he describes his father as the Great Santini, a strict disciplinarian given to bouncing quarters off the bed to see if it'd been properly made. That drive toward perfectionism would come into play in his future career.
His passion for his work is only paralleled by his genuine interest in the people he works with. He is wonderful at getting to know people and keeping in touch. And for Andy, it is not about getting more work, but instead, sharing ideas, being inspired and staying friends." —Heather Elder


"I started taking pictures when I was in the Air Force as a fire fighter, for magazines and things like that," says Anderson. As he was nearing the end of his military career, one that had taken him to Honduras and Saudi Arabia among other hot spots, he began to photograph more seriously and worked on developing his business. "I picked up a camera and I just started taking pictures of fishing, people...It was instantaneous. It just felt right to me," Anderson explains.

During this period in the mid-'90s, Terry McDonnell, then the editor of Men's Journal, saw his work, flew out to Idaho and signed Anderson as MJ's first staff photographer. "It was the biggest thing that'd ever happened to me in my life," he says. He remained on contract at the magazine for three years.

This led to advertising assignments from Carmichael Lynch (Harley-Davidson), Mullen (Wachovia Bank), Red Cell (Nike) and editorial work for Outside among other magazines and the birth of Lone River Productions, where he has two full-time employees, office manager Maria Clark and assistant Todd Meier. He bought the 2,500 square-foot two-story wooden building in a small center on the outskirts of town in 2002. This cold January day, large flakes of snow drift down outside the impeccably organized studio where a wall of file cabinets is neatly labeled with project names and descriptions. Anderson renovated the rooms himself, with their forest green beams and floors. Antique cases hold his vintage camera collection, cameras that aren't just for show; he delights in using them on assignment and scours eBay for new finds. Occasionally he sends one as a gift to an art director he likes, or he will go on a road trip with a favorite art director, shooting purely for personal pleasure. Antique trunks, a comfortable rocking chair and framed photographs create a homey atmosphere. While the studio boasts modern equipment, including an Epson Stylus Pro 7600, and several computers, it exudes an old-time charm with its warm wood furniture and the open vistas outside the curtainless windows.

He has a large well-appointed darkroom where he prints to his exacting specifications late at night or on the weekends, so as not to deprive his family of his company. He works minutes from the gracious home he shares with Shelley, his wife of 25 years and their three children, Haley, 16, Zachary, 14 and Gabriel, 12. "My wife, she's the best," he says with great warmth in his voice. "She doesn't really care about the advertising business because it's not in her world, she just knows what my passion is and wants me to be happy, which is the purest form of love you can find."
I picked up a camera and I just started taking pictures of fishing, people...It was instantaneous. It just felt right to me." —Andy Anderson


Anderson's work relationships are as long-term as his personal ones, he has worked almost exclusively with producer Lynda Ashley for years, and has been with San Francisco-based rep Heather Elder for five years. "Andy has made such wonderful friendships along the way," says Elder. "His passion for his work is only paralleled by his genuine interest in the people he works with. He is wonderful at getting to know people and keeping in touch. And for Andy, it is not about getting more work, but instead, sharing ideas, being inspired and staying friends."

Deadlines are not a problem for Anderson. "I was in the Air Force. When somebody said to get it done, you just did it. No B.S. about it!" It's his vision, work ethic and generous spirit that has drawn clients back to Anderson's work.

Jeff Martin, creative director at Denver, Colorado, agency McClain Finlon Advertising, says, "From my point of view, Andy is a constant in a not so constant environment. I shot my first job with him almost ten years ago, on a weekend, because he was still in the Air Force at the time. While his style has changed over the years, his ability to capture an honest, timeless image hasn't.

"On top of a lot of talent is a drive that reassures me everything is going to turn out great. The confidence he has in himself to deliver 'the goods' is infectious, and soothes a lot of nervous souls hanging around the shoot."

"Andy inspires me," concurs Ray Fessenmeier, creative director at Carmichael Lynch. "His passion and dedication to his art is only surpassed by his love for family and friends. And while success can breed inflated ego and self-promotion, Andy remains humble and genuine. His images speak for themselves as do the smiles from the people he meets."

A decade later, Anderson remains content with his second career, happy to celebrate the changing beauty and life of the landscape he has chosen as his home and ever eager to find new places and subjects to paint with his cameras. ca 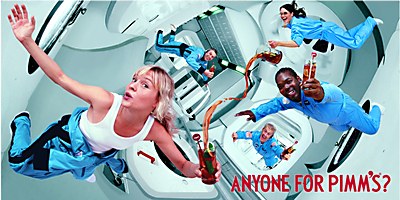 Features / Advertising
Mother
A British agency with a cheeky approach and stunning successes. 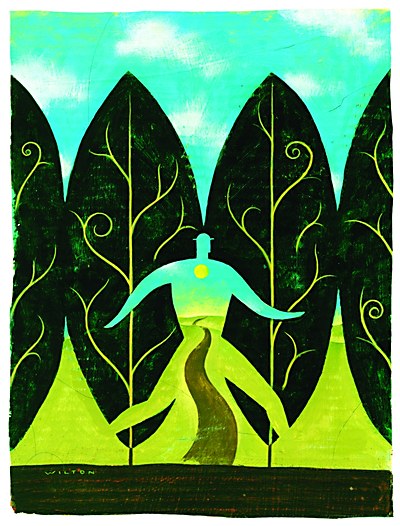 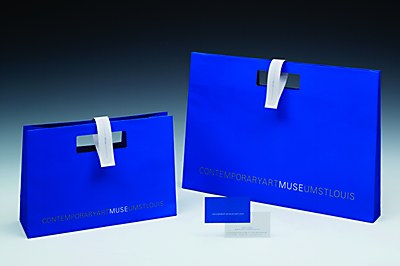