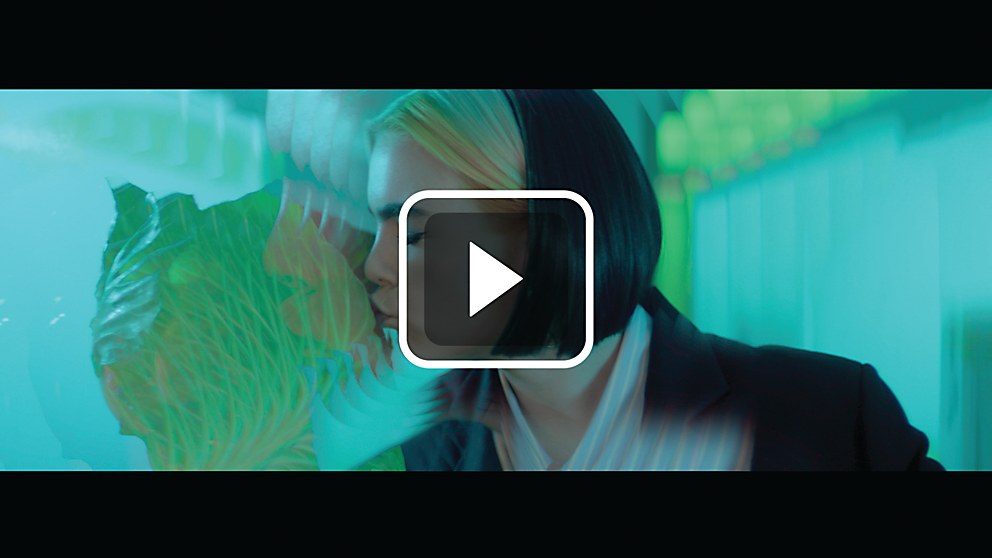 While weathering the pandemic in New Zealand, the artist and director helps others escape reality in order to imagine a better one.

Escapism often gets a bad rap. You think of avoidance, laziness, frivolity.

But speculative-future artist and creative director Anita Fontaine believes the escapes of augmented and virtual reality can be used for good. Creative tech of this sort can help create empathy, she says. “It’s quite a powerful technology. You can be put in someone else’s shoes in a book, but you can literally be in another person’s shoes in VR.”

Fontaine is calling from the future. The Australian currently living in New Zealand is already experiencing Wednesday morning—for me, it’s still Tuesday night in Berlin. In portraits, Fontaine’s eyes are often illuminated, as if the future is being beamed directly into her corneas.

Fontaine’s future is feminine psychedelic chic. “I’ve been thinking lately about how I like to mash up the feminine with a hyperreal sci-fi energy,” she says. Like the trippy video she directed for Auckland singer Benee last fall; released in October 2020, “Snail” is a mushroom-infused Alice in Wonderland with heavy vaporwave vibes.

Gen Z’s grungy, glitchy aesthetic is right up her alley. “I like my work to have a bit of a punk imperfection—it feels more relatable. I’m not really a minimalist,” she says. “It’s so exciting to me that there are these icons emerging who are just antieverything. They’re anti–glossy pop star. It aligns with what I’ve been creating my whole life.”

She’s done a lot of work with pop stars and fashion labels, which makes sense—they’re all about creating their own realities. Now that she’s 41, Fontaine wants to work only with entities that share her ethics, like sustainable footwear and apparel company Allbirds, for which she directed a stop-motion-esque video for the April 2020 launch of its new running shoe, the Dasher. “I’m inspired by apocalyptic visuals, but in a way, it’s to make sure we don’t go there,” she says. “I think we all have a chance to figure out what the future is. If we don’t, someone else will.” 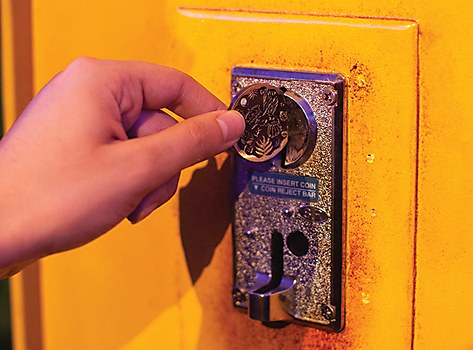 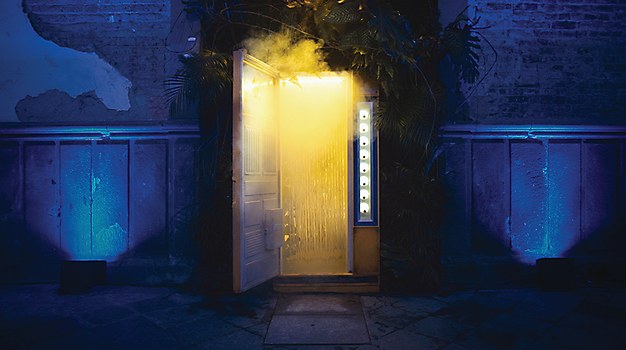 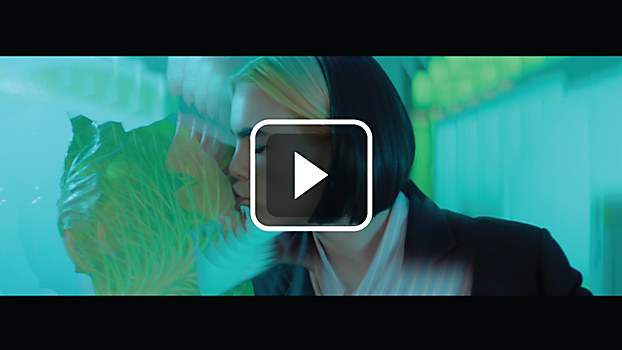 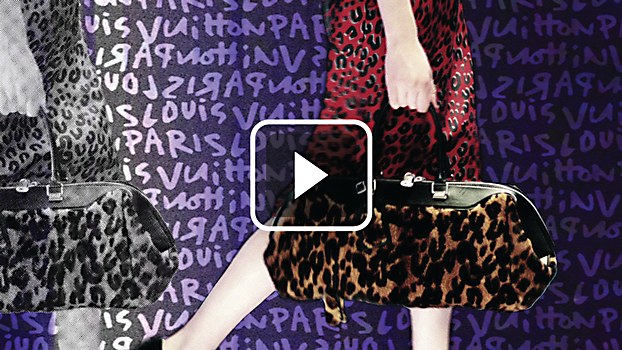 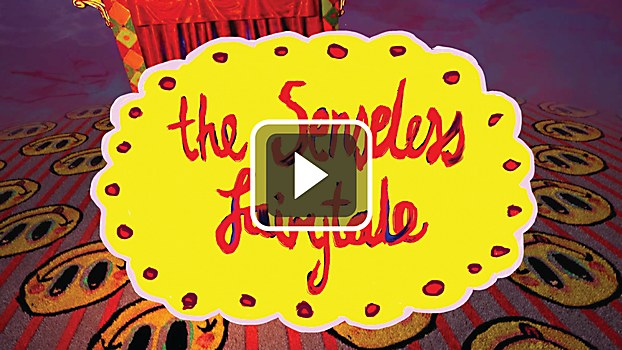 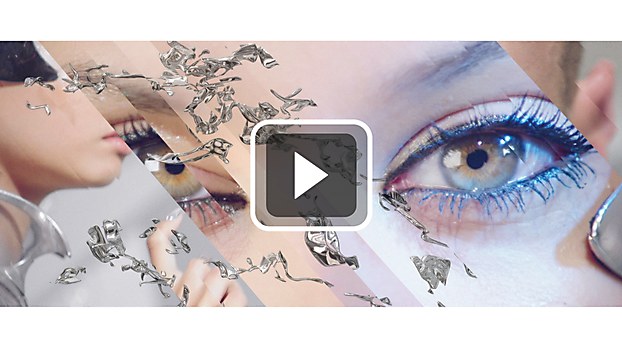 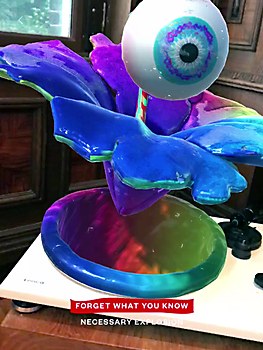 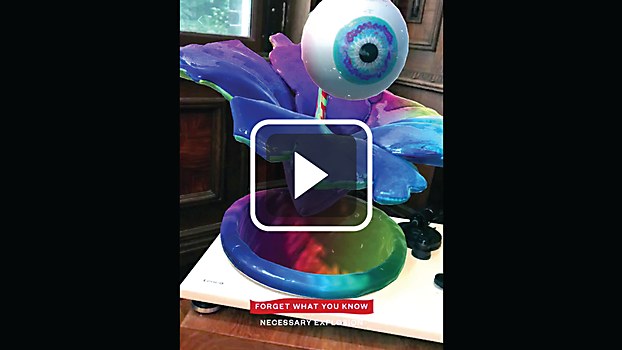 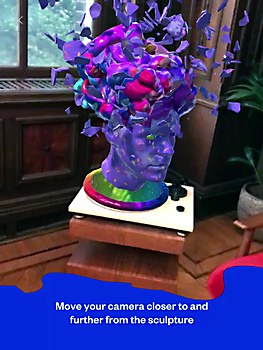 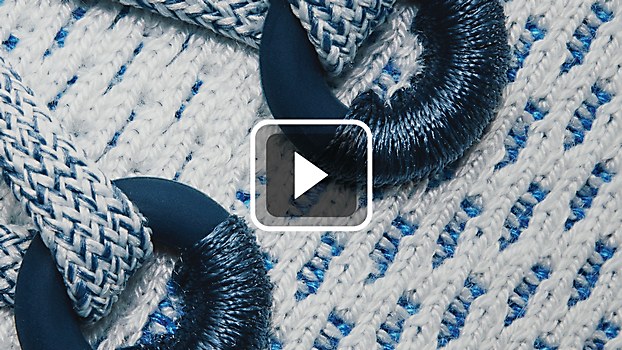 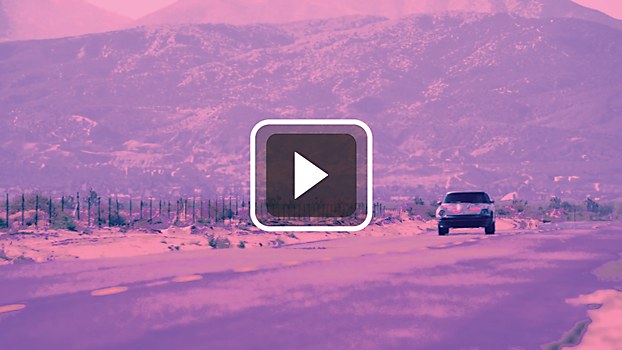 Internet explorers
When she first played futuristic racing game Wipeout 2097 as a teenager, “I was like, ‘I want to do that. I want to make these worlds people can step inside,’” she recalls. She went to art school to study photography but found that she kept wanting to use what she captured as textures in virtual worlds.

She first learned about VR at a residency at the Banff New Media Institute. “This experience was very arty and very esoteric, very early 1990s,” she says. She found that she felt quite at home within 3-D digital environments, creating fantasy worlds that felt just as real to her as the real world. Her first commission was an art installation in Second Life, for an Australian digital arts group.

It was in Banff that she met Geoffrey Lillemon, who was also playing with tech and art. He and Fontaine started a research lab within ad agency Modernista! in Boston, and then established their own digital agency, Champagne Valentine, and ran it for six years in Amsterdam, creating sensory art experiences for brands and museums. In 2016, the two launched the Department of New Realities, a creative tech unit within Wieden+Kennedy Amsterdam.

“We have been kindred spirits dancing the cosmos for eons,” Lillemon says of Fontaine. “Most fondly, we have always been able to understand each other without needing to ask why. She works with her soul more than her voice.”

Studies have shown that being in nature helps hospital patients heal, but, surprisingly, VR nature can help just as much as being in nature IRL does. One of the campaigns that Fontaine and Lillemon created at the Department of New Realities, for Corona beer, drew on the healing properties of nature. Working with The Mill, Wieden+Kennedy used theatrics, VR and set design to transform the interior space of a building into a secret paradise: Paraíso Secreto. Entering via a hidden door disguised as a Corona vending machine, visitors wearing HTC headsets followed a virtual path that was accompanied by scents, sounds and heat to enhance the experience.

Paraíso Secreto was “not about replacing nature—that’s creepy and futuristic,” Fontaine says. “It was more about reconnecting with something positive and pure so when [visitors] left the VR world, they’d be inspired to pursue that.”

The Department of New Realities closed its doors in 2019. “The agency was pivoting to focus more on content production, and it’s one of those things where agencies really try to do interesting technology art labs, which requires quite a lot of ongoing investment to build and maintain,” Fontaine says. “Everything’s temporary.”

Still, the experience was invaluable for Fontaine. Exploring future territory with new technologies and self-initiated ideas enabled the unit to push creative culture. Its purview was less classical advertising and more about showing clients and people things they’ve never seen before.

“Brands sometimes don’t know what they want, so we’d create these prototypes and show them what they didn’t know they wanted. It was the perfect playground to create those things,” she says. “You’re always thinking of how you can be on the edge and bring as many people with you. But you need the time in-between to build and research for the next version of that.”

I’m inspired to think about how we can solve some of these issues. Are we the last group of people who can save the planet?”

Reboot
And so Fontaine reset, moving from Amsterdam to New Zealand in late 2019, planning to bounce from that home base to Asia and Los Angeles for work. But we all know what happened to any plans made for 2020. Still based in Wellington, Fontaine has a view of the bay, and she’s surrounded by nature. Sometimes she works from home with her cat by her side; sometimes she works from a downtown studio for the buzz of being around other people.

The initial lockdown—though it was short in New Zealand— was a time of reflection for Fontaine. She found herself feeling more creative than usual. “I’m inspired to think about how we can solve some of these issues,” she says. “Are we the last group of people who can save the planet?” The pandemic reinforced her direction of using her abilities for good. “There’s no room for soul-destroying projects at the moment.”

One project she’s been preparing for 2021 is an augmented reality ferry tour in Liverpool that’s set 150 years in the future. This new take on a tourist boat ride will combine AR, theatrics and sound elements to expose passengers to “mystical connections in the future.”

It seems to me like VR has been on the cusp of going mainstream for decades. There are waves of interest, and then the final product doesn’t deliver, or the buzz just doesn’t congeal. While processors have improved, expensive VR headsets remain a big hurdle to adaptation, and people often don’t want to spend more than ten minutes in a virtual world, Fontaine says. But augmented reality is ready to go, she says, holding up her iPhone. “As AR gets more complex and as the computers on devices get more powerful, I think it will turn into VR,” she says.

I think people in the future will ... be able to create their own universes and invite people into them. Instead of Instagram, it’ll be people creating immersive worlds I can step inside.”

Upgrades
I went into my first conversation with Fontaine as a VR skeptic. It was after the summer of racial justice protests and just before the US presidential election, in the middle of a global pandemic. It felt like real reality needed more of our attention, not less of it.

But during the week of the election, escape was necessary for my health. I allowed myself to look at news updates no more than fifteen minutes per day, instead working on craft projects and reading Seveneves, a 900-page novel I had already read three times that is literally about humans trying to escape Earth.

“I’ve spent most of my life and career trying to escape reality and helping others escape reality, and I’m trying to decide if I’m proud of it,” Fontaine explained at the Semi Permanent Auckland event in November 2020. In the end, she has decided, yes, she is proud of her work. And that made me realize that my aversion to escapism has more to do with the guilt-driven American Protestant work ethic than anything else.

Escapism is not only essential for our survival, but also necessary to shape our future realities, Fontaine says. We can’t imagine a better world unless we let our brains play around in the possibilities. “I think it’s in our human nature to escape,” she says. Escapism is a spectrum—at one end might be drug abuse and self-destruction, and at the other end is the creative state of flow.

Fontaine believes VR can lead to transformational experiences, ones that shape how we see the world. “I think people in the future will ... be able to create their own universes and invite people into them. Instead of Instagram, it’ll be people creating immersive worlds I can step inside,” she says. “If we can go inside these worlds and dream up greater possibilities for the future and come back with a clearer view, it’s so valuable.

“We’re living in quite dark times, but you’ve got to have radical hope.” ca

Grace Dobush (gracedobush.com) is a freelance journalist based in Berlin. She has written about design, tech and cities for publications including WIRED, Quartz and Fortune, and in a past life worked for HOW and Print. 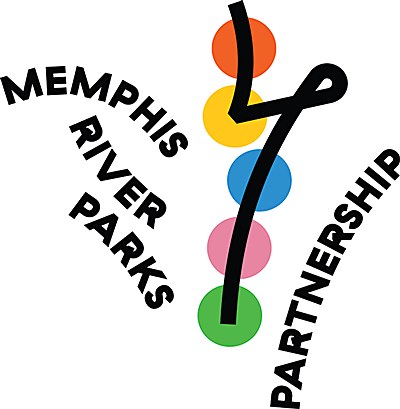 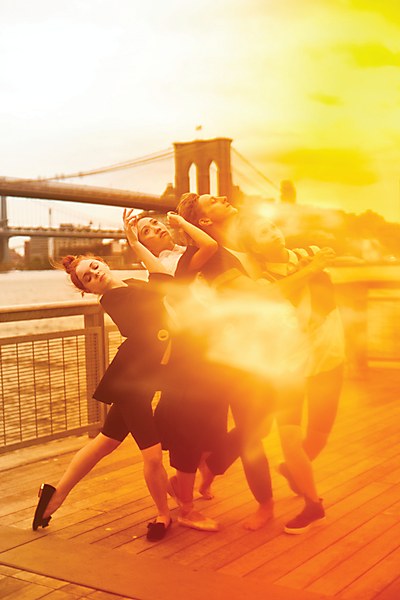 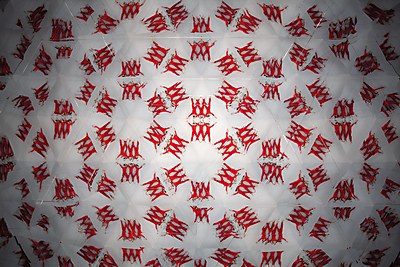