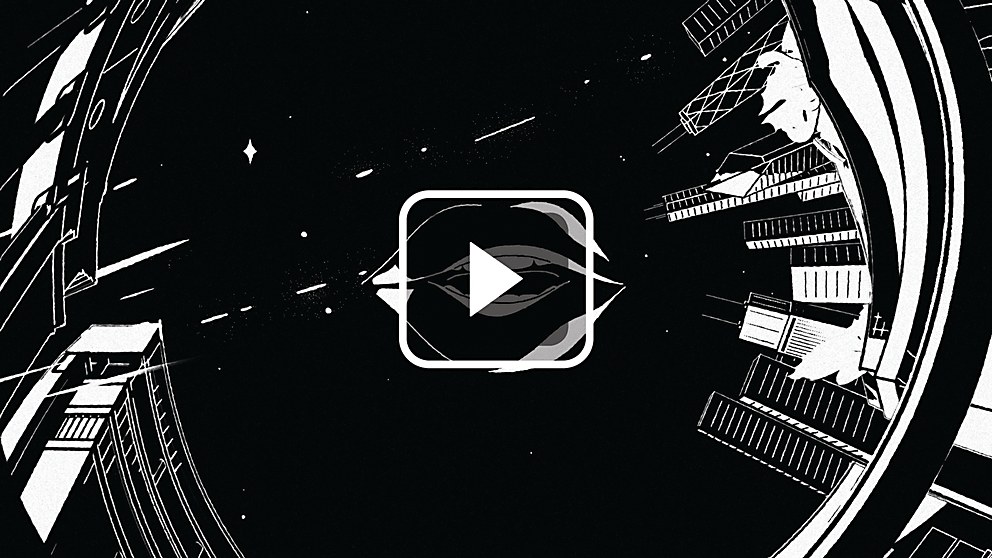 This Los Angeles–based motion design studio takes its work for big brands as seriously as it does creative freedom and fun.

There’s a lot to be said for how the culture of a creative studio can directly influence the quality of the work that’s produced. Sure, your team might still deliver good design if they’re working nights and weekends or spending their days partitioned away from each other in cubicles, but when a company fosters an environment that promotes creativity instead of burnout, work becomes more than just a nine-to-five; it becomes an opportunity to explore. With Buck, a talent-driven creative company operating in New York, Los Angeles and Sydney, the values it has built into its office culture are reflected in its portfolio: diverse, playful and innovative. Emily Rickard, Buck’s global executive producer and head of production, says, “Our company is a collective of some of the most talented people in the world, hailing from more than 34 countries, and those different points of view give us a very diverse voice when approaching projects. Often, there’s a wink of humor in our work, and that shines through because the creative opportunities at Buck really make it a playground for our designers and artists.”

Though the multidisciplinary studio is best known for animation and motion graphics, Buck has become an industry leader in branding systems, creative technology projects and the augmented reality (AR) field. With notable projects like the development and design of Instagram’s AR face filters and the creation of Alegria—a revamp of Facebook’s entire illustration and animation ecosystem—Buck brings a warmth and humanity to the world’s largest tech companies, including Google, Apple and IBM. Ryan Honey, cofounder and chief creative officer says, “We take our work seriously, but we don’t take ourselves too seriously. One of the things we used to say to clients was, ‘It’s a party and you’re invited.’ We want it to be a fun environment, and we want our clients to enjoy working with us. And I think that shows in the work we make.”

Todd Simmons, vice president of brand experience and design at IBM, says that when they look to hire creative studios for a project, the obvious first criteria in their search is going to be talent. But talent will only get you so far if you don’t get along with your collaborators. Rather, it’s the soft skills of a design team that ensure the project is going to run smoothly and will allow for easy communication. “You can have a team with mind-blowing talent, but if they’re difficult to work with, it actually makes our job harder, not easier,” Simmons says. IBM’s design team hired Buck to produce an ongoing series of animated shorts that demonstrates the use, usefulness and deeper thinking behind elements of IBM’s new design language. “When we work with Buck, it’s not like they’re a vendor that we’re outsourcing a project to,” Simmons says. “It goes beyond collaboration because we view them as partners.” It’s that kind of direct-to-client relationship that has helped Buck expand to its current size of 250 employees since founders Jeff Ellermeyer, Ryan Honey and Orion Tait opened its doors in 2003.

We want it to be a fun environment, and we want our clients to enjoy working with us. And I think that shows in the work we make.” —Ryan Honey

Honey and Tait had been working in New York City at Heavy.com until the dot-com bubble burst and the site lost most of its funding. Tait relocated to the West Coast and sent Honey a Craigslist ad one day for a job as creative director with Fullerene, a web design studio in Los Angeles servicing the music industry. He suggested Honey work as creative director at Fullerene for a year and then the two start their own company. “It all happened pretty quickly,” Honey says. “I sent them an email on Friday, and on Monday I got a call. They flew me and my family out to LA to meet Jeff Ellermeyer, Fullerene’s founder, and over dinner, Jeff said, ‘If you’re going to come work for me for a year and then leave and start your own business, let’s just start a business right now and split it 50/50.” Tait was their first hire, later becoming third partner, and from there, Buck was born.

Now located in an industrial section of downtown Los Angeles, in a former factory that also serves as a working movie backlot, Buck’s headquarters seems imbued with the utopian design sensibility of the company’s namesake, Buckminster Fuller. In the airy, brick-lined offices, which are nonhierarchical in layout, designers, regardless of seniority, work side by side with each other and eat lunch together in their on-campus communal dining hall (there’s also a bit of foosball played in the courtyard in the afternoons). Unlike traditional animation shops, which might hire artists to work solely as background painters or storyboarders, Buck structures each project to encourage cross-functional collaboration. “It’s very rare that any one person is hired for just one thing,” says Emily Rickard. “We’ve got a lot of unicorns working here with a lot of different skill sets, which means that people get to flex and move and do completely different jobs week to week. That keeps them creatively fulfilled as well.”

We’ve got a lot of unicorns working here with a lot of different skill sets, which means that people get to flex and move and do completely different jobs week to week. That keeps them creatively fulfilled as well.” —Emily Rickard

Buck also prefers to grow its talent in-house versus relying predominantly on a freelance model, with some of its employees having been on staff since the company first opened seventeen years ago. Executive creative director Kevin Walker, who’s worked at Buck for eight years, says they’ve developed a shorthand working with the same group of people over time. “It also allows for more thinking outside the box,” he says. “When a freelancer comes in, they’ve usually been hired to execute a specific task, but when you’ve got a tight in-house team who really knows and trusts each other, they’re willing to take more creative risks and experiment.”

Buck’s recent work with Tinder illustrates its experimental ethos, in the dating app’s brand spot “Invention of Together.” It’s a humorous animated look at the history of love and relationships, from the modern era all the way back to caveman days, and according to Buck’s team, it “shifts the focus from the tech-driven app to our Darwinian need for human connection.” The 75-second ad features whimsical 3-D characters, some more clothed than others, and places them in a series of lush, intricately designed environments made from practical sets. “We built all the sets in an office building and did it in a really lo-fi, old-school way,” Rickard says. “It was a very small team—we just dug in and built everything ourselves. It felt like we were all back in film school again, just crafting and creating. It was pretty magical.” 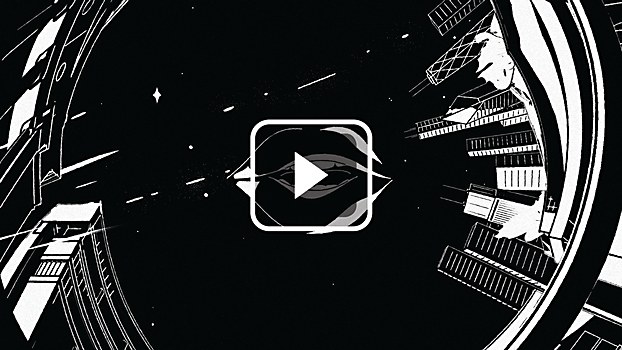 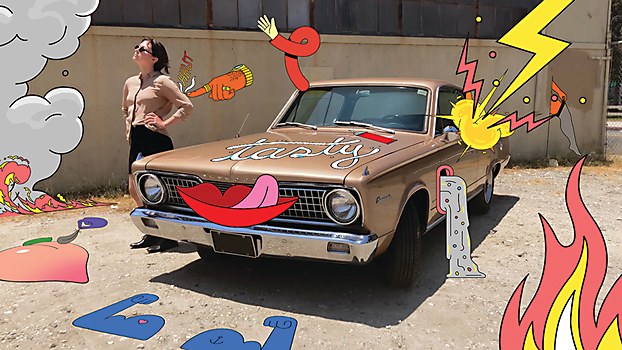 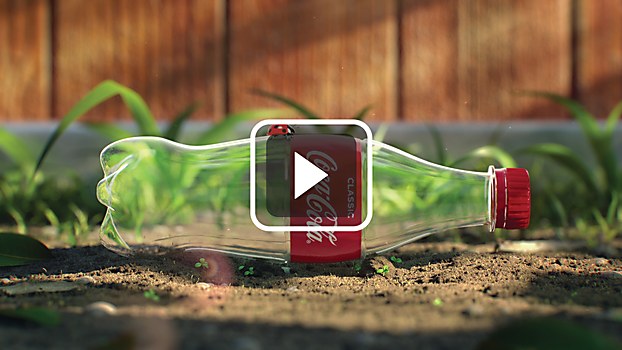 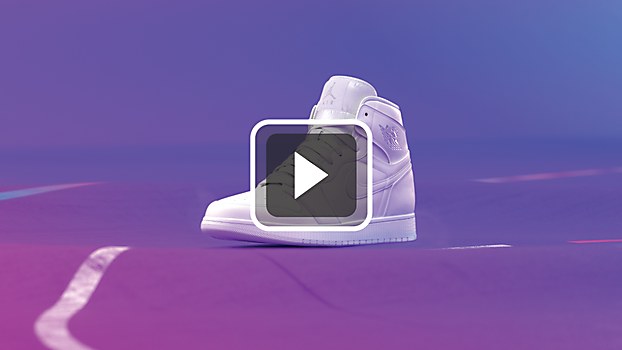 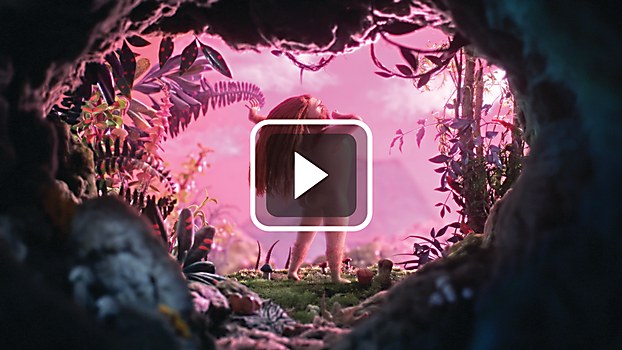 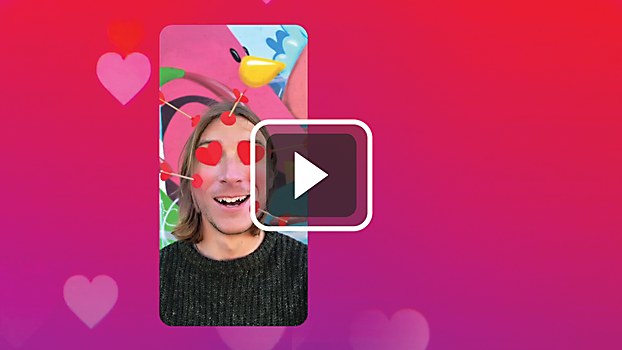 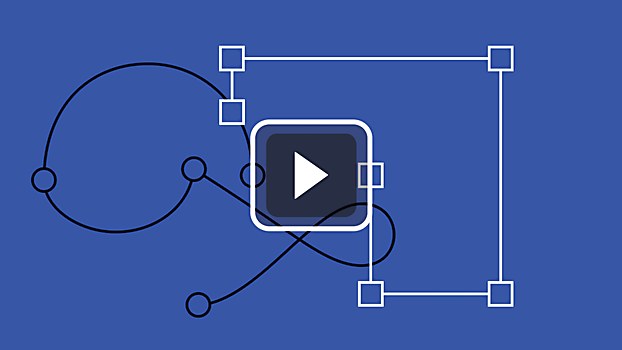 Kevin Butler, who was Tinder’s executive creative director at the time, shares the same fondness for the experience and appreciates the team’s ability to take clients out of their creative comfort zone. “I look forward to every presentation with Buck, big or small. I look forward to the thoughtfulness, the pushes, the experimentation, the fearlessness. In the Tinder animation, they presented a naked caveman butt and him picking his nose. My client’s brain went, ‘I love it, but no way’... but then thought about it and went, ‘Why not?’ I would have never gone there, but they did, and I love them for things like that. They push in the right places and bend in the right places.”

While Buck’s style might vary from project to project, one thing that remains constant is its innate storytelling ability and playful nature. It has developed multiscreen animated installations for large events like Facebook’s developer conference F8 while at the same time treating participants to an AR scavenger hunt to uncover abstract interpretations of the conference’s promoted apps.

It has also branched out to create its own content, including Slapstick, the AR app that transforms everyday objects into animated characters with brand-new technology that enables users to film a video clip and edit the AR sticker’s placement postcapture. Honey says it’s important to balance commercial work with passion projects and keep investing in creative opportunities in order for the team to flex their current design skills and learn some new ones too. “I think about Slapstick, and I love that it allows us to show that we are still a youthful studio,” says Honey. “We’re still a little irreverent. And maybe pushing the edges a bit. We haven’t grown up that much, even though we do a lot of grown-up work.” ca

Margaret Andersen is a Los Angeles–based freelance journalist specializing in design, technology and digital culture. Her writing has appeared in WIRED, Bitch, Gusher and AIGA Eye on Design. 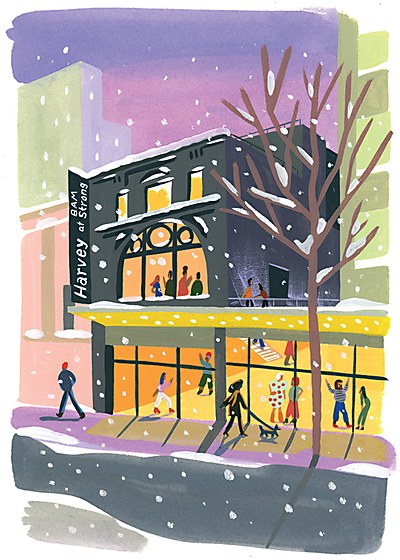 Features / Illustration
Ping Zhu
A Brooklyn illustrator captures the full palette of life and expresses it in warm, fluid brushstrokes. 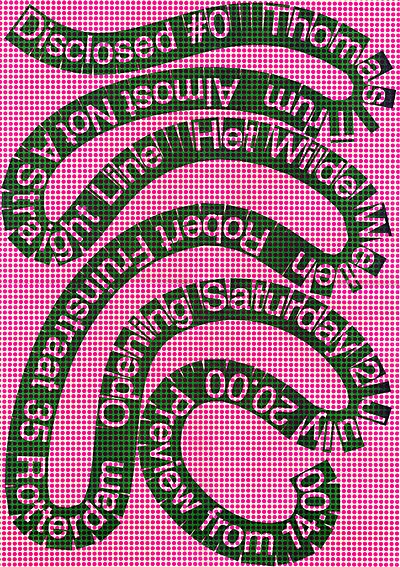 Features / Design
Team Thursday
With an exploratory, hands-on approach, this design duo in the Netherlands turns the grid into a frame for striking letterforms. 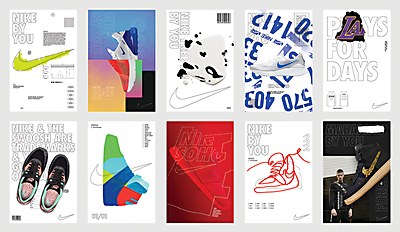