Those waiting for the latest color cues will be pleased if they are prone to pastels or are in need of a bit of tranquility. Pantone's top ten color choices derived from the Spring 2006 fashion shows ranged from sandy beige to ultramarine, but concentrated on feminine pastels. "Pink was the color of the moment for years, now coral is filling that function,” says Margaret Walch, director of the Color Association of the United States (www.colorassociation.com), the oldest color forecasting service in the U.S. Leatrice Eiseman, CMG, executive director Pantone Color Institute, agrees that coral will be an ongoing color. “Currently, coral is rated by consumers as the most preferred shade in the orange family,” the color psychologist explains.

John H. Bredenfoerder, CMG, color design director of Landor Associates, concurs, “Orange has blazed the way for a high saturation of color throughout the spectrum. It has become ‘the’ established trend color for the decade—dancing with every color in the spectrum without losing its energy.”

Walch gave a quick color synopsis, referencing CAUS forecast color charts lining a wall: “A copper or bronze shade is the metallic of the moment. We’ll also see pearlized yellow. Yellow is again a color that people are talking about as an accent color—a color that gets your eye. It’s a newer color than the greens.” Indeed, those assessments were borne out on the runways at New York’s Olympus Fashion Week, held last September 9–16.

LIVE FROM THE FASHION TRENCHES

Tens of thousands of dollars are poured into these theatrical events that last approximately fifteen minutes, far less time than the jostling crowds must wait to enter the venues, cell phones and Aquafina bottles in hand.

“For the most part, the colors were not as vibrant as they have been in the last few seasons,” said Eiseman, after attending the fashion shows. “There is a quieting down with more depth, lighter tones and many in the neutral range.

“As mentioned in Pantone’s fashion report, it seems that designers have taken a deep breath for Spring ’06. I also thought it notable that both brown and a deep blue, very similar to Fall ’05, were both continuing on for Spring.”

Designers might have been holding their collective breath, but the swarms of photographers nearly trampling fashion editors for access to stars from Dr. Ruth (at the hot Gottex swimsuit show) to the Hilton sisters certainly weren’t. People watching was good at the tents: Michael Douglas and Catherine Zeta-Jones in the front row for Michael Kors and Bobby “Bacala” Baccalieri (Steve R. Schirripa) of The Sopranos (a few rows up). Vogue editor Anna Wintour with her trademark Gucci sunglasses, impenetrable as limousine windows, front row everywhere. I even found myself sitting next to a reality TV “star” from WE Channel’s cancelled Single in the Hamptons.

Despite the tortured yelping of the aptly-named Animal Behavior who provided background “music,” the clothes shown by Alexandre Herchcovitch enticed with their peasant art details and clashing patterns. Boho is not dead yet, despite the over-abundance of photos of beleaguered Sienna Miller wearing that throw-back ’60s-style ensemble in the gossip mags. The embroidery, beading and other hand embellishment seen everywhere on the runways, and streets of Manhattan, echo the DIY (do-it-yourself) trend sweeping the nation.

MEET THE NEW BLACK, SAME AS THE OLD BLACK

Fashion’s constant fascination with black and dark color derives from its interest with shape and material—its graphic impact.

“Tragic events of the past five years have expanded the perception of both ends of the color spectrum,” writes Matthew Sporzynski, about the CAUS Interiors/Environmental 2007–08 palette. “On the darker end, we see a new depth in color-shadow colors, but not as simple as black.”

Barbara Lazarow, CMG, senior program director for card planning American Greetings, believes, “Deep browns will be taken from the fashion world in rich shades of almost-black espresso, coffee bean and mahogany as backgrounds. Look for them as a warmer replacement to black especially when used with complex pastels. Nature will provide material and subject matter in handmade papers, grass weaves, pressed flowers and stones.”

“A range of textures on the forecast underscores the continuing importance of special effects in any presentation of color. By and large, warm colors constitute the majority of shades on the forecast, reflecting both environmental changes and also a shifting of interest to regions like the Southwest.”

“The accent colors are in the categories of blue, red tones and green tones—it’s like a fugue, variations on a theme,” adds Walch.

“I was just looking at an annual report from a chemical company. They had a lot of these pretty colors done in illustrative style,” says Walch, pointing to an example of how color is being used in graphic design. “The other thing is texture. I think this is really important in paper products. I just received an invitation that was white, but altered by texture.”

LET'S DO THE TIME WARP AGAIN

Decades come and decades go; the mirror ball is currently casting light on (are you ready?) the glittering ’80s. “It might seem odd to think of the ’80s as retro,” says Eiseman, “but I do think that the Christian LaCroix mix-it-up mentality that he introduced in his use of mixed patterning in unrelated color families resonates with a lot of young people. They are the rule breakers—they are less confined by some of the color dogma that came before that time. And the Santa Fe look of the ’80s is being revisited by designers like Michael Kors.” 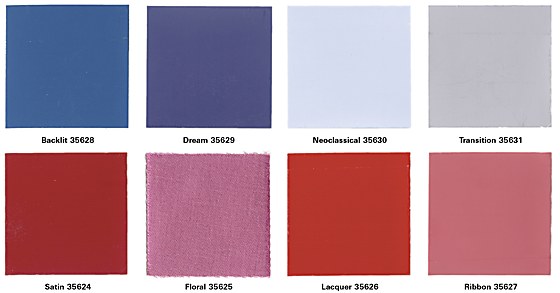 When asked what trends she thinks will filter into design and advertising applications, Walch cites nature, vintage and the Southern Hemisphere (especially the Caribbean and South America). Our search for heritage, environmental awareness and interest in non-industrialized societies that have warmer climates all fits together. There’s renewed interest in African bark cloth, in part driven by the recent exhibition, Matisse, His Art and His Textiles: The Fabric of Dreams, at the Metropolitan Museum. Matisse often used a mix of exotic patterned fabrics as backgrounds for his paintings. This trend has been seen in print ads for designers like Miu Miu and Nine West and has spawned new patterns for designer textiles.

According to Lazarow, nature, global influences and fine arts are three trends affecting visual arts in color, technique and subject matter. “As a result of being immersed in a computer world, we feel the need for authenticity, the real thing,” she says. “Nature provides this organic value in color and subject matter. The popularity of green continues with orchard greens being added to the yellow lime and olive tones. Water continues to be an influence as the popularity of blues and blue-greens grow.

“After 9/11, we Americans cocooned ourselves into our homes as consumers and patriots. Retail stood motionless in classic no-risk shades of navy, burgundy and deep greens. Not only are we ready for brighter, bolder color, we are ready to reach out and embrace other world cultures and traditions. There will be a shift from India and the Middle East to Morocco and Turkey, but look for a growing Asian influence as more business moves there and consumerism explodes.”

Fantasy continues as a strong trend, perhaps as an antidote to the catastrophes currently besetting the world evidenced by the continuing interest in Japanese animation, the proliferation of the graphic novel and the prominence of vintage clothing in stores and editorial fashion spreads.

Eiseman says, “I feel that the brilliant and unique use of Japanese anime and manga is very influential. In the Pantone Guide to Communicating With Color, I did some combinations I referred to as ‘Unique’ that were not deliberately done to imitate those influences, yet there is that same feeling of combining colors in a new and unusual way. It doesn’t work for every project, but it does make for a new way of thinking about color.”

For the field of visual communications, The Color Marketing Group (www.colormarketing.org), an international, not-for-profit Association of 1,500 Color Designers based in Alexandria, Virginia, forecasts Electric Mud—a deep rich brown they describe as “based on the meeting of technology and nature”—among other nature-derived hues such as Teal Zeal and Yolk (Hottie and Stealth we can’t guess without a color chip).

“Color will begin to lower in chroma (vividness of hue) over the next five years,” says Bredenfoerder. “We will see grayer hues with neutrals becoming more important. Softened satiny metals will be seen in fashion as early as spring 2006. Gold is returning as champagne, silver and platinum are becoming commonplace. The influence of real and authentic materials is contributing to a color direction that is more natural and refined. Nature and technology have been in a balancing act for many years. Nature will finally overtake and control the look of technology.” That’s a pretty prediction. ca 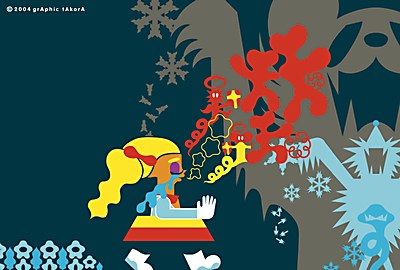 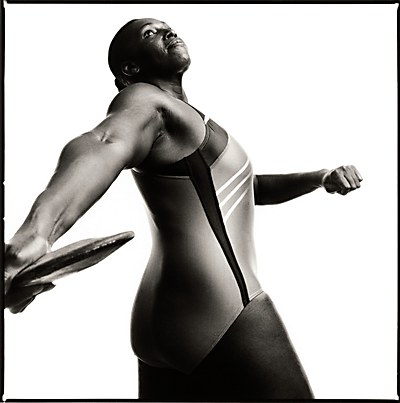 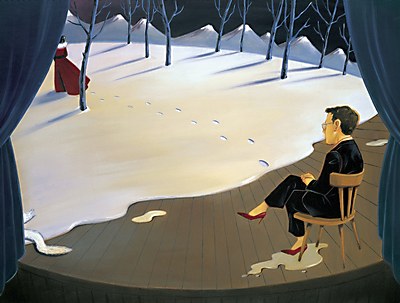