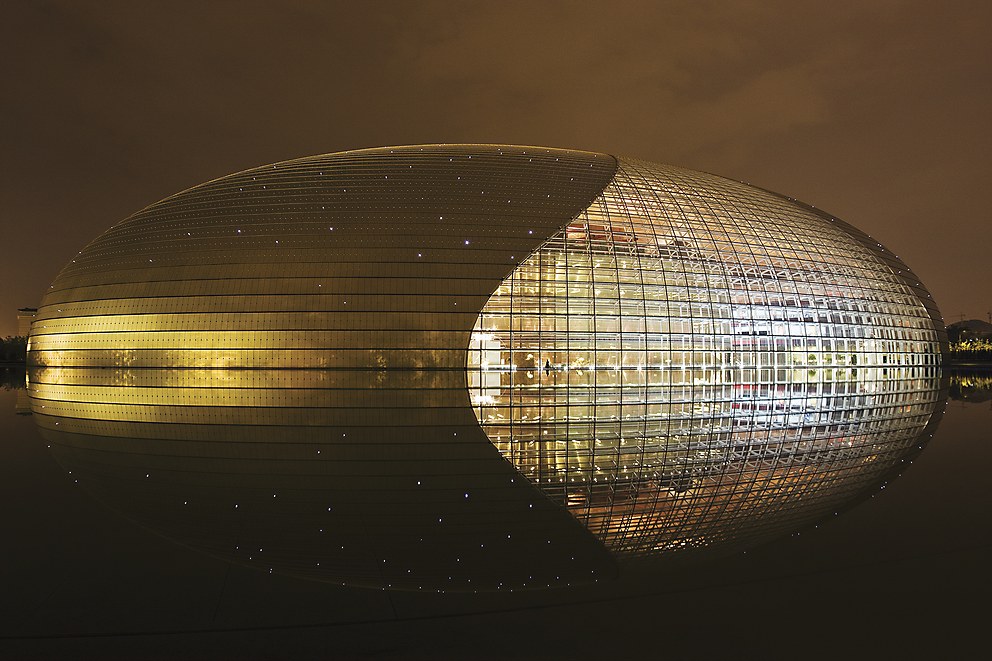 A New York photographer builds her portfolio from the world’s most distinctive architecture. 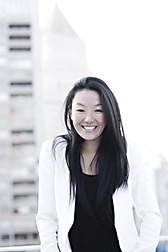 It’s a bleak gray November morning when a jet-lagged Connie Zhou meets me for a cappuccino at the New Museum, on the Bowery. The 25-year-old architectural photographer is back home in New York City for just 48 hours, which is barely time to rest, repack and regroup between a planning meeting in Thailand with Peter Arnell and Frank Gehry and a personal trip to Iceland with her father—a birthday gift to him and a long-anticipated vacation for her. She insists it isn’t common for her to be bounding from one exotic place to the next, and that most of the architects, designers and retailers she shoots for are New York-based. Still, to look at her portfolio is to see some of the world’s most distinctive architecture, much of it shot on her own dime, including structures built for the Beijing 2008 Olympics and the Shanghai 2010 Expo (“Whenever there’s a concentrated area of interesting buildings, I have to go,” she says). She admits somewhat sheepishly that this is the first time she’s set foot inside the Sanaa-designed museum, even though she lives in nearby Chinatown. With its boxy asymmetry and aluminum exterior cutting a dramatic figure against the rapidly changing Lower East Side skyline, the museum would seem to fit with the “weird,” “obscure” and “futuristic” architecture to which she’s drawn. “I really loved it when it first came up,” she says, “but it’s a little strange for the neighborhood.”

And yet “strange” is a quality that often figures into Zhou’s compositions. One of her favorite places is Beijing’s National Centre for the Performing Arts. Designed by Paul Andreu, the opera house forms a magnificent half-oval dome that looks like a gleaming golden egg when it combines with its reflection on the surrounding lake. “Normally when I photograph a building or a structure in a foreign country, I almost never go back to it, but I have visited that site multiple times over the past few years,” she says. “It looks like it could be a spaceship.” 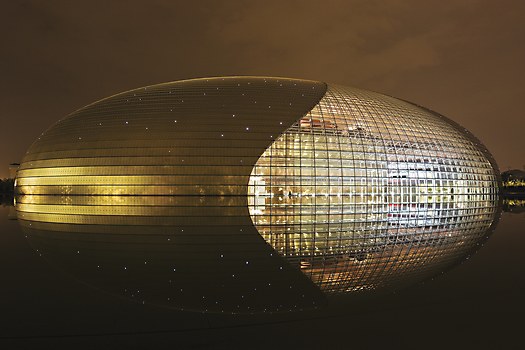 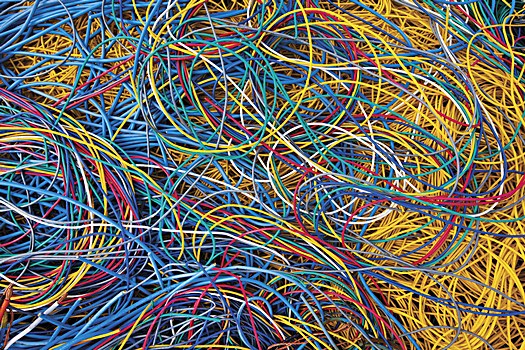 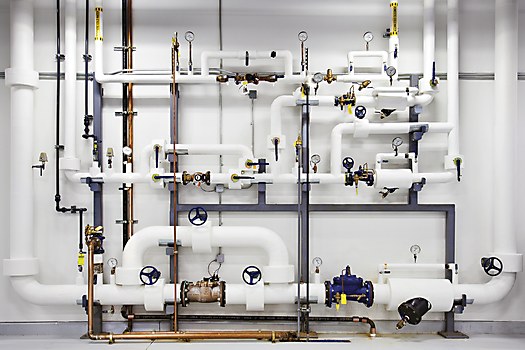 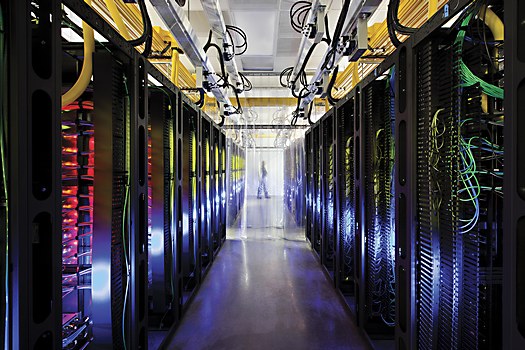 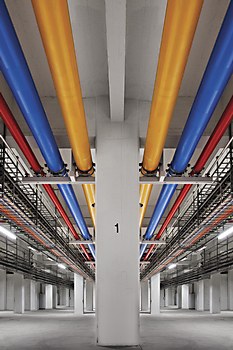 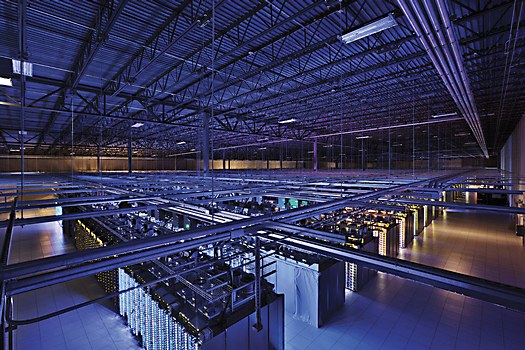 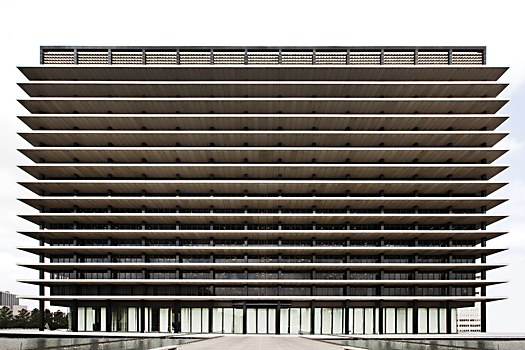 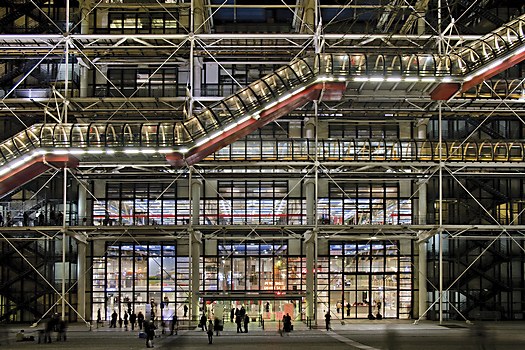 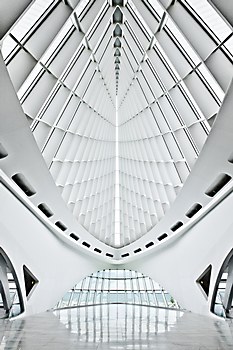 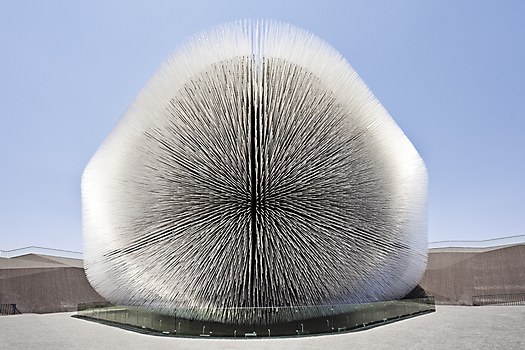 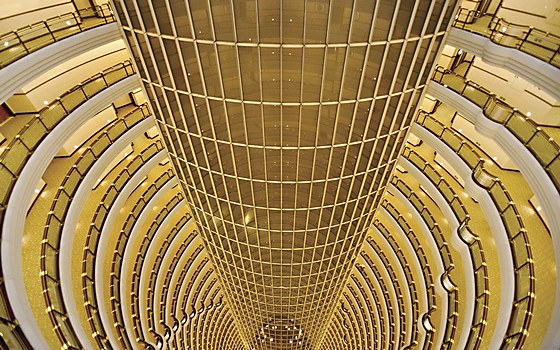 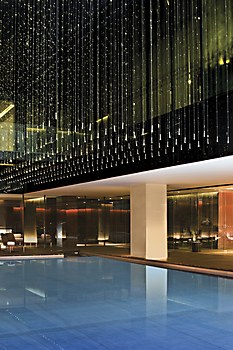 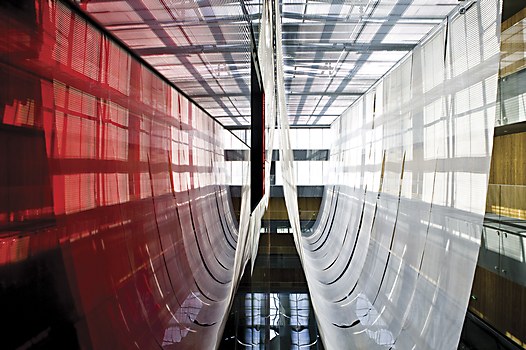 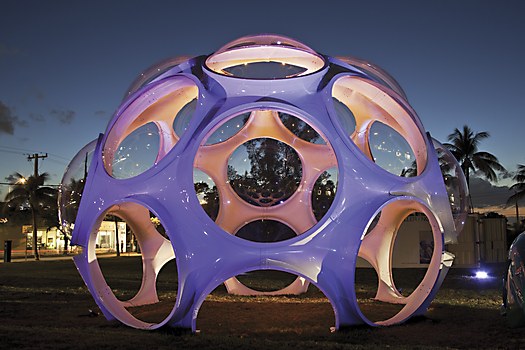 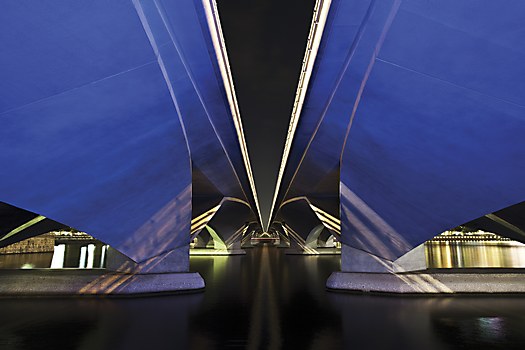 Zhou was born in China, but is thoroughly a New Yorker, having grown up a “city kid,” a term she applies to herself often. When she was five, she and her entire family moved from Shanghai to the United States, taking up residence in Flushing, Queens. “My grandparents came over first, then my grandfather’s brothers and sisters came. And then my parents and their cousins and their kids came. At Thanksgiving we have about 50 people because we all came over together,” she says. She knows some Mandarin, but mostly the dialect called Shanghainese. “I’m fluent in that because I have to speak to my grandparents,” she says.

She and her father are especially close, since he raised her as a single dad (her parents divorced when she was young, and her mother lives in Chicago). A graphic designer who worked in-house for financial companies, he studied at the Fashion Institute of Technology and encouraged his daughter’s artistic ambitions, even before they developed. “I always knew I was going to do something related to art, I just didn’t know what,” she says. “He used to make me take these art classes when I was a little kid, and I hated them.” And yet art was ever-present in their household. In his spare time, her dad would collect discarded objects and turn them into art. “You can go to his house and literally everything on the wall was either found on the street or is something he made,” she says. When her uncle gave her a camera, an old Nikon, things began to fall into place. By the time Zhou was a junior at LaGuardia High School (the performing arts high school from Fame), she knew photography was what she wanted to study and pursue as a career.

She starts with a concept of what feeling or aspect of the space her photograph should portray. Her work is documentary in [the sense of] capturing the reality of a space.”—Arlene Collins

At Parsons The New School for Design she found a mentor in documentary photographer Arlene Collins, with whom she remains in regular contact. She interned with architectural and hospitality photographer Michael Weber, who then hired her as a photo assistant, taking her out of school at times to go on jobs in Asia. Before she graduated she got her first magazine assignment, shooting the newly redeveloped Lincoln Center for New York, in 2009.
The connection between documentary photography and architectural photography might not seem apparent, but it helps to explain why Zhou’s images of inanimate structures feel so intimate. “Architecture is the subject of Connie’s imagery, captured in a documentary style,” Collins says. “She starts with a concept of what feeling or aspect of the space her photograph should portray. Her work is documentary in [the sense of] capturing the reality of a space.”

Zhou’s interest in architecture stems from growing up in the city, while her sense of form and balance emerged from seeing the world through her father’s graphic design lens. “When I first started out, I was shooting [scenes like] cityscapes or urbanscapes, and later realized I was really interested in shooting the buildings and the structures individually,” she says. She admires the large-format, contemporary city scenes of German photographer Andreas Gursky (“He’s like my main man; he’s very inspiring”), but Gehry was the first architect whose work spoke to her, and his buildings were among her earliest subjects. Santiago Calatrava is another favorite. Without a commission, she’s ventured to Valencia, Spain, to photograph his City of Arts and Sciences museum; to Wisconsin for his Milwaukee Art Museum; and more locally, to the architect’s new design of the West Concourse at the World Trade Center. “His stuff is unreal. I mean, his things… move,” she says, her awe apparent. In general, she says, “I like finding buildings that are more futuristic than others. I can find beauty in any building.”

That ability to find beauty in odd places came in handy when, in 2012, Google hired her to travel to eight of its global data centers in the United States, Belgium and Finland, in order to photo-document its operations and pull back the curtain on what and who makes the Internet work. As the first-ever photographer to have access to these restricted sites, Zhou was surprised by how Google let her run wild to shoot the vast rows of server racks and twisting mazes of insulated piping in her own way. “Servers are generally cold, and in fluorescent lighting they’re not very pretty. Google designed some of the server rooms really well and those came together naturally. Others you had to work a little bit more with light [to make them appealing],” she says. “For the Georgia facility, my first trip, I brought tons of lights—maybe three Pelicans—but I just cut down and used one light in the end.” As for preparing to shoot in so many different environments, she says, “I always do a scout before my shoot and determine when the light is best. With both interiors and exteriors, 99 percent of the work is about finding the right angle for me.”

When I first started out, I was shooting [scenes like] cityscapes or urbanscapes, and later realized I was really interested in shooting the buildings and the structures individually.”

The sheer scale of Google’s facilities was greater than any-thing she’s shot to date. “It was a million times bigger than what I thought it would be,” she says. The project also opened her up to shooting different kinds of subjects. Although the structures she photographs often have life-like qualities, she doesn’t usually do portraiture, but Google asked her to take pictures of some of the data center employees, for which Zhou is grateful. While her pictures of empty factory floors got the most attention, Zhou insists, “The people were the best part of the project. Without them, these places wouldn’t exist. They taught me everything I needed to know about data centers, and they helped me and made the project more enjoyable.”

“In her Google images, people play a supporting role, for these spaces require few humans,” Collins observes. “Her images require us to think about the role of the machine in an austere environment. Connie is eager to expand her repertoire, seeking new subjects or spaces to photograph. She is not a photographer who sits still but remains on the prowl for new and dynamic spaces to photograph.”

Eager to get out of her comfort zone, Zhou plans to make lots of new pictures on her trip to Iceland with her father, where she’s looking forward to shooting surreal landscapes. “I’ve heard amazing things, that when you’re there you feel like you could be on Mars or something,” she says. “And I’m a city kid, so I think it’s going to be like a shock, because I’ve never seen such vast landscapes.” She’ll probably still photograph architecture while she’s there, but seeing the Northern Lights is the ultimate goal. “I rented us a car and got a little room in a hotel in the middle of nowhere. We’re just going to sit and wait for the lights to come.” ca

Sue Apfelbaum (sueapfelbaum.contently
.com) is a writer, an editor and a content strategist based in New York. A former editorial director for AIGA and editor of RES magazine, she is the co-author of Designing the Editorial Experience, in collaboration with designer Juliette Cezzar. 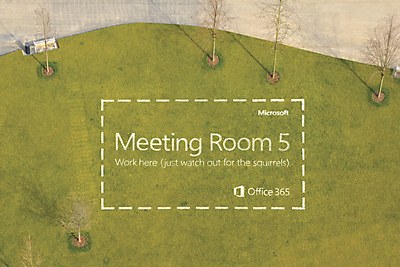 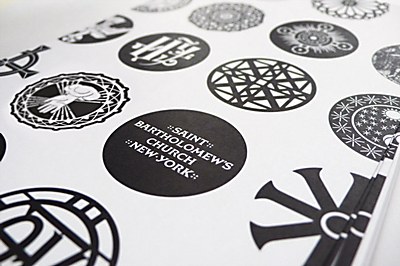 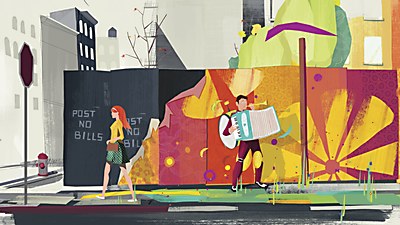