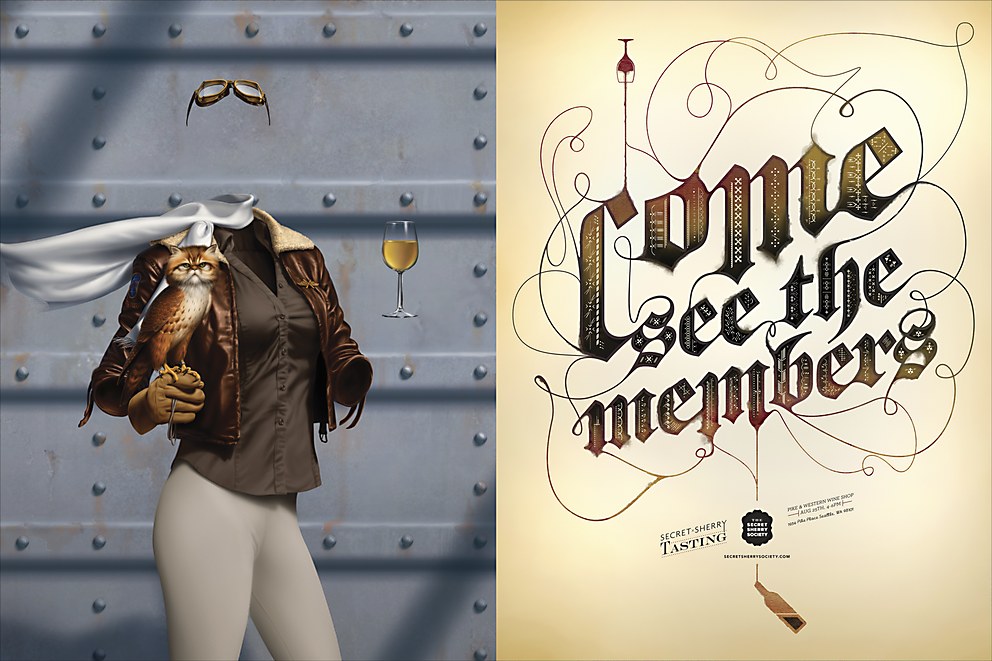 Like its name, the work created by this Seattle ad agency takes many forms. 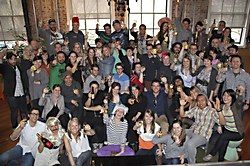 Sometimes a young agency has to do something a little bit outrageous to get on the radar. In its early days, the Seattle ad/design agency known as Creature pulled off a clever stunt to promote Starbucks coffee during the holiday season: Using red coffee cups with magnets built into them, Creature planted those cups on the roofs of hired cars, which were then driven around town. Any good Samaritan who noticed the cup on the car roof and alerted the driver was given a five-dollar Starbucks gift card. The quirky promotion quickly drew attention in local media and, for a time, was much buzzed-about in the ad world.

That “red cup” campaign is now a historical footnote in the unfolding story of Creature, but in some ways it set the tone for what was to come. It said something about the nature of this agency and its work, in terms of being both unpredictable and hard to categorize. After all, was that red cup effort actually an “ad” or was it something else? And as for the company behind it, well, were they an ad agency? A design firm? A guerrilla-marketing specialist? A hybrid of some sort?

If there’s a certain amorphous nature to Creature, that’s part of what cofounders Jim Haven and Matt Peterson had in mind when they opened shop and chose that unusual name. As Haven points out, when you say the word “creature,” everyone pictures something different. Haven and Peterson felt this would give them freedom to shape the agency and its work in experimental and ever-changing ways. “We liked the idea that every project we worked on could be a different creature,” Haven says. 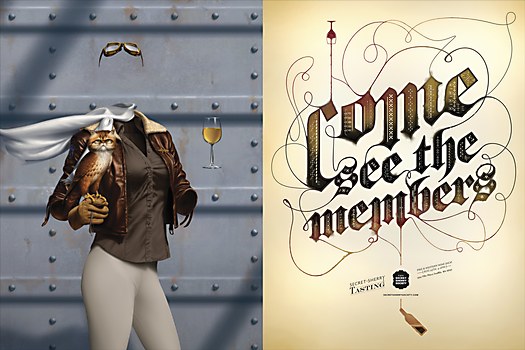 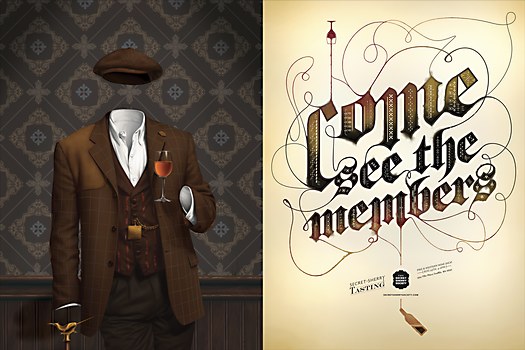 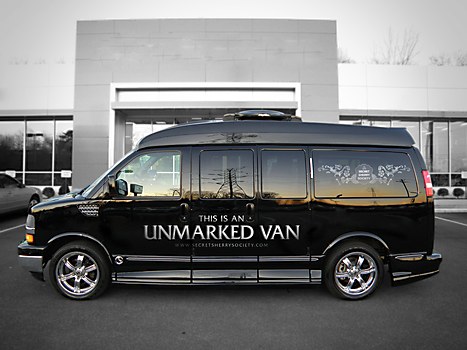 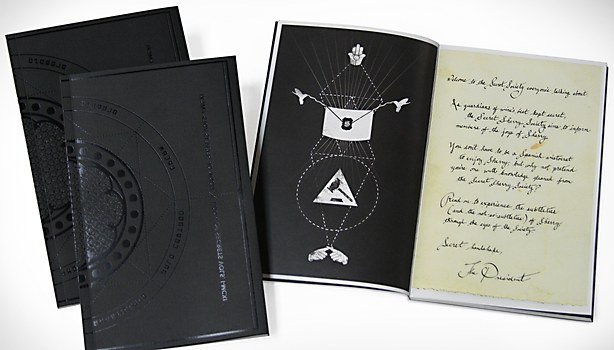 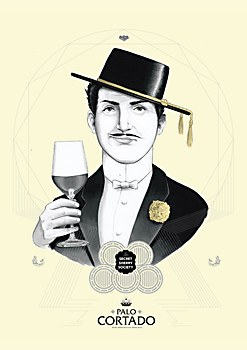 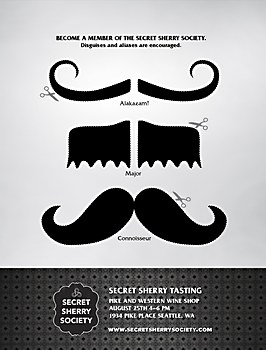 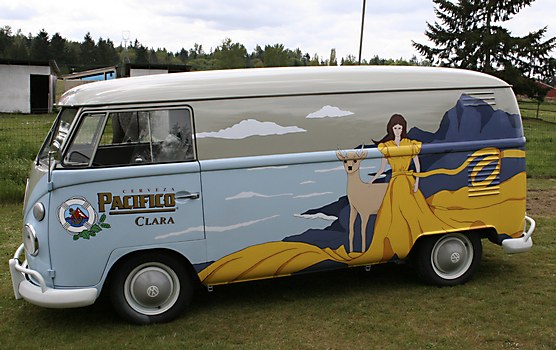 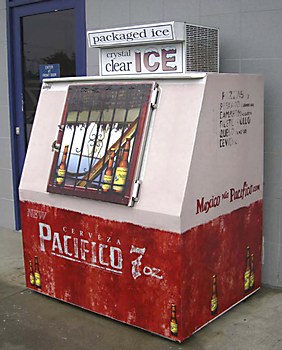 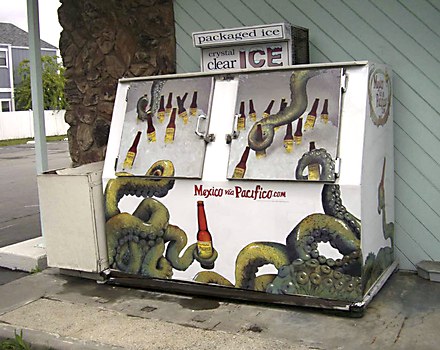 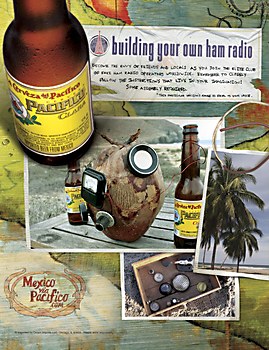 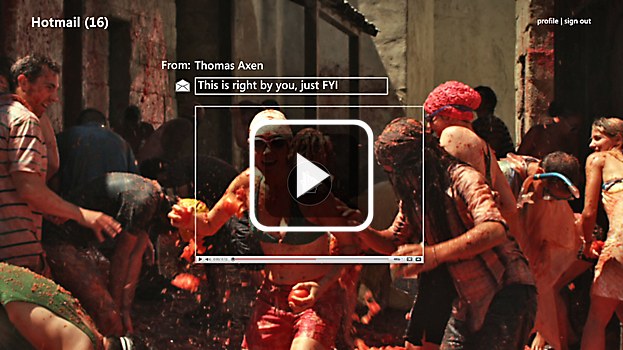 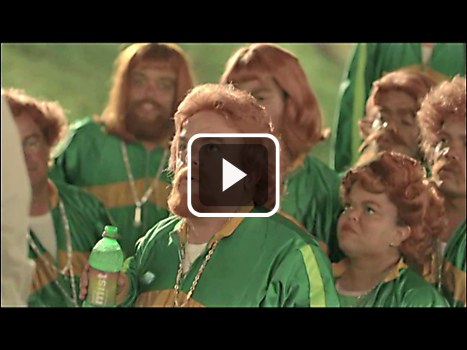 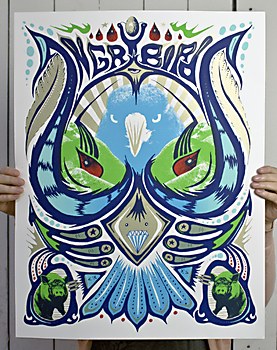 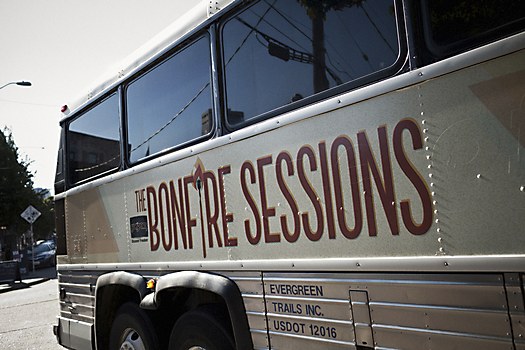 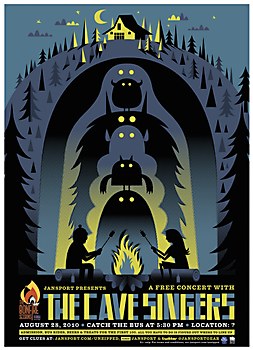 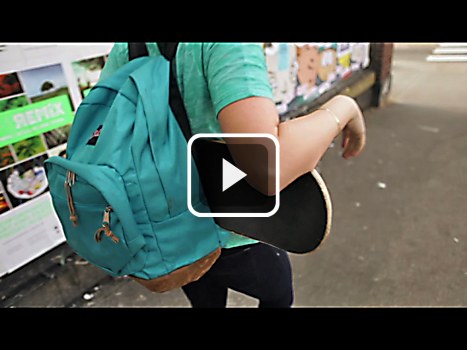 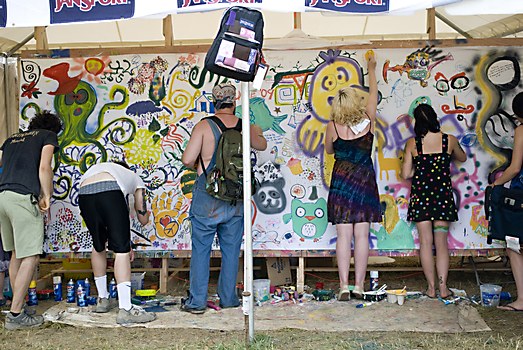 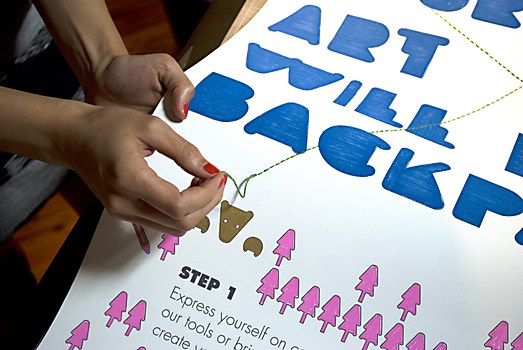 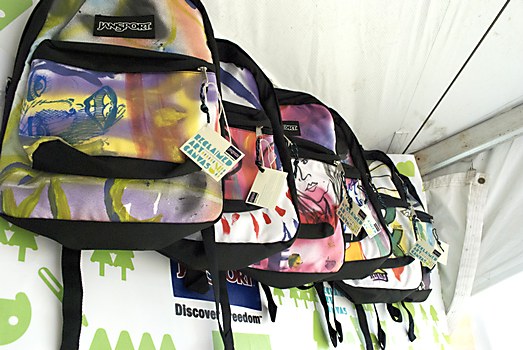 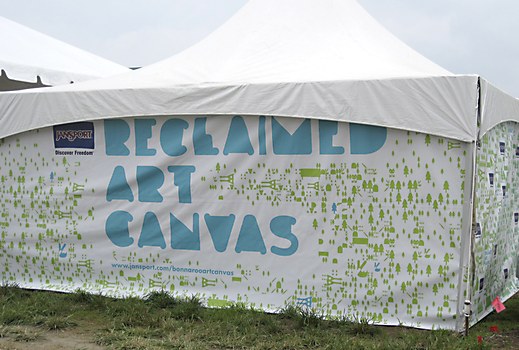 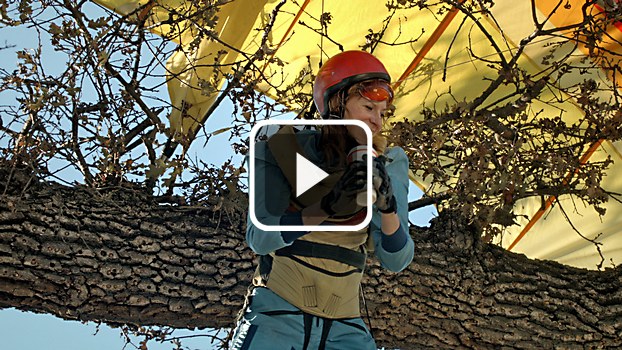 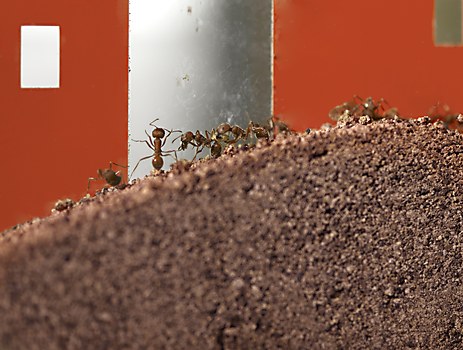 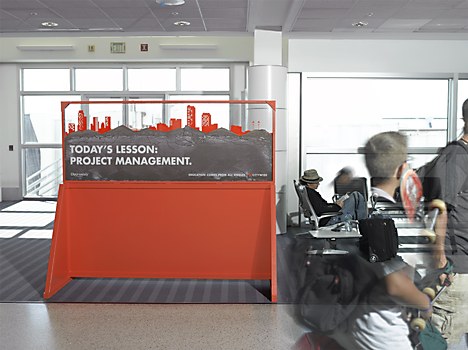 Today, while there may still be a certain mystery surrounding the agency in its ninth year of existence (Who are these guys? Where’d they come from? And who’s that Renaissance-era dude posing in a portrait as “the company founder”?), this much can be said for certain: The Creature is alive, and it is growing.

Last year, in fact, it more than doubled in size-going from 30-odd employees to its current level of about 80. On a visit to its cramped offices in the trendy-yet-slightly-grungy Capitol Hill neighborhood in Seattle, the creative energy of the place seemed to be bursting at the seams (and the two small bathrooms didn’t help). Small wonder that Haven, Peterson and a third partner, agency business head Robson Grieve, were excited about the prospect of moving into a much larger space a short stroll away. At one point, the three partners took me on a tour of this eagerly-awaited new home, a rebuilt warehouse that once stored automobile carburetors. The space seemed pretty vast, but the partners were confident that even if they might not completely fill it right away, they would eventually.

Creature aims to do for Seattle what Wieden+Kennedy once did for Portland, and what Crispin Porter + Bogusky did for Miami—put it on the ad map. Seattle hasn’t been entirely devoid of creative ad agencies through the years—WongDoody (now Wong, Doody, Crandall, Wiener) has been a respectable creative player, as has the Seattle office of Cole & Weber—but Haven’s crew is looking to take things up a notch and, in truth, already has.
A long time ago, when I wanted to come home to Seattle and work in a certain kind of agency, that place didn't exist. Now I think we’ve made that place.” —Jim Haven


The agency has earned much praise in the past few years with work for Pacifico beer, Umpqua Bank, Pepsi’s Sierra Mist, HBO, Microsoft, Hewlett-Packard, Kraft and Seattle’s Best Coffee (because, hey, you can’t be a self-respecting Seattle agency without a coffee client). In some cases, particularly with the bigger brands like Microsoft, Creature is brought in to work on particular projects; with other clients, the agency does everything from soup to nuts. Seattle’s Best Coffee is a good example of the latter: Creature doesn’t just do ads for the brand, they helped revamp the entire product line—taking it down to ten offerings from the original two-dozen, and then designing a distinctive, highly-visual packaging system that explains, in levels 1 to 10, how light or dark each particular blend is. Next up, the agency will try to help Seattle’s Best to come up with new ways to outdo Starbucks in terms of creating a unique retail coffee experience.

Haven and Peterson are natives of the local area—they both went to University of Puget Sound in Tacoma, Washington, which is where they met. But then they split up for a while, with Haven doing a stint at Goodby, Silverstein & Partners and Peterson at W+K. They reunited in, of all places, Amsterdam, where they worked together on a freelance gig at the agency StrawberryFrog. They ended up plotting out their new business venture—and coming up with that distinctive name—in a bowling alley in the French Alps.
They had some strong ideas and principles from the outset. “We felt like the world didn’t need just another ad agency,” Haven says (Haven tends to do more of the talking; Peterson is friendly but quieter). One of the defining ideas they settled on early—which ended up in an elegant little agency booklet designed by Peterson—was that being clever and creative just isn't enough. “Creativity is the very least anyone should expect from an agency,” they wrote. Haven and Peterson envisioned an agency that could smartly solve business problems and build brands in myriad ways.

They started humbly enough, with the Professional Bowling Association as their client. And while it might be inexcusable to follow that line by saying they were soon on a roll, it’s true. The bowling association subsequently brought in some project work from Nike. Then came a long-shot meeting with Starbucks, at which Haven and Peterson showed some chutzpah by handing the potential client a book titled, What the hell am I doing here? A guide to why you’re not crazy for meeting with us. It got them in the door, and soon they were putting coffee cups on car roofs.
Creativity is the very least anyone should expect from an agency.” —Jim Haven and Matt Peterson


If there was a real breakthrough campaign, however, it was probably for Pacifico. The Mexican beer was trying to compete in the United States with the much more successful and better-known Corona and came to Creature for help. The agency reasoned that Pacifico’s perceived weakness was actually a strength—it was the lesser known but more authentic Mexican beer, the one for adventurers who like to go off the beaten path. Around this idea, the agency created not so much a campaign as a sensibility. The Pacifico work evoked feelings of surfing and trekking through Baja (the beer had, years earlier, been brought to California by surfers in vans). It was brought to life through grainy Super-8 film footage—including some old family vacation-in-Mexico films Haven had found at a garage sale. A fleet of vintage hand-painted 1960s VW buses became the brand’s official vehicles. A Web site (and later an iPhone app) featured a 24/7 Webcam of a rooster in Mexico City; if you wanted to wake up to the rooster, Baja style, you could set an alarm to do so. And so on and so on: The Pacifico campaign had lots of little fun pieces to it, and ended up serving as a kind of scavenger hunt for the beer’s fans.

The campaign also made it clear that Creature was capable of taking a very diversified, innovative, multi-platform approach to marketing; it wasn’t a TV agency or a print agency or a Web agency. It was a little bit of everything. And the magic, as Haven explains it, lies in how the pieces come together. “Most of our time is spent on the choreography,” he says. “The problem-solving is the same as it ever was. What keeps changing is the complexity of how it plays out, all the many forms an idea can take now.” At the root of this complexity, however, is usually a clear and simple brand idea, often expressed in a single paragraph. Creature doesn’t seem to abide by many rules, but this one is fairly sacrosanct: For each new marketing challenge, come up with a single theme or organizing principle that can be expressed in one paragraph. After that, anything goes, and the more wide-open the better.

Haven and Peterson continue to supervise all the work, though as the agency has grown, they’ve installed four associate creative directors—Pam Fujimoto, Pat Horn, Hemant Jain and Steve Cullen (Cullen heads up a design department that has seventeen designers, about half specializing in interactive). Haven says that the addition of Robson Grieve, about four years ago, was a key turning point in helping the agency strengthen its business side. Today, each client or project gets its own dedicated, multidisciplined team. And each of those teams is considered a “creature” unto itself; hence the real structure of the agency can be described as little creatures within the larger Creature.

And all those little creatures seem to be thriving and doing their own distinct thing, which is how Haven and Peterson first envisioned it when they were bowling in the Alps and dreaming of Seattle. “A long time ago, when I wanted to come home to Seattle and work in a certain kind of agency, that place didn't exist,” says Haven. “Now I think we’ve made that place.” ca 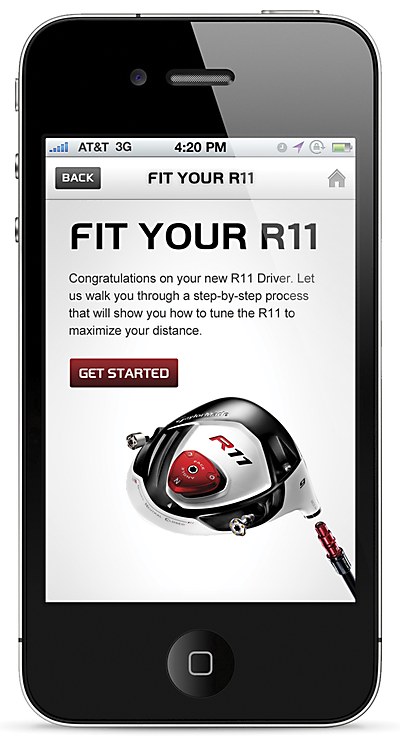 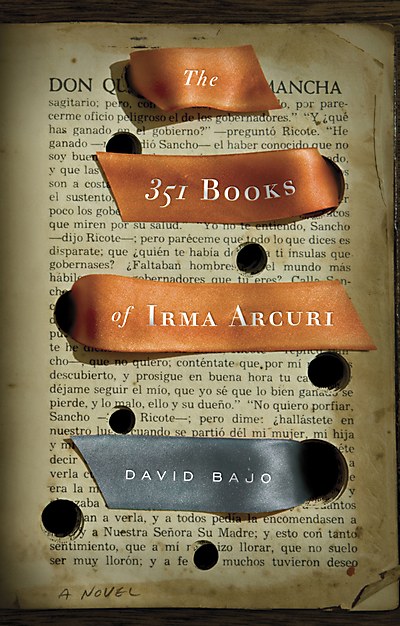