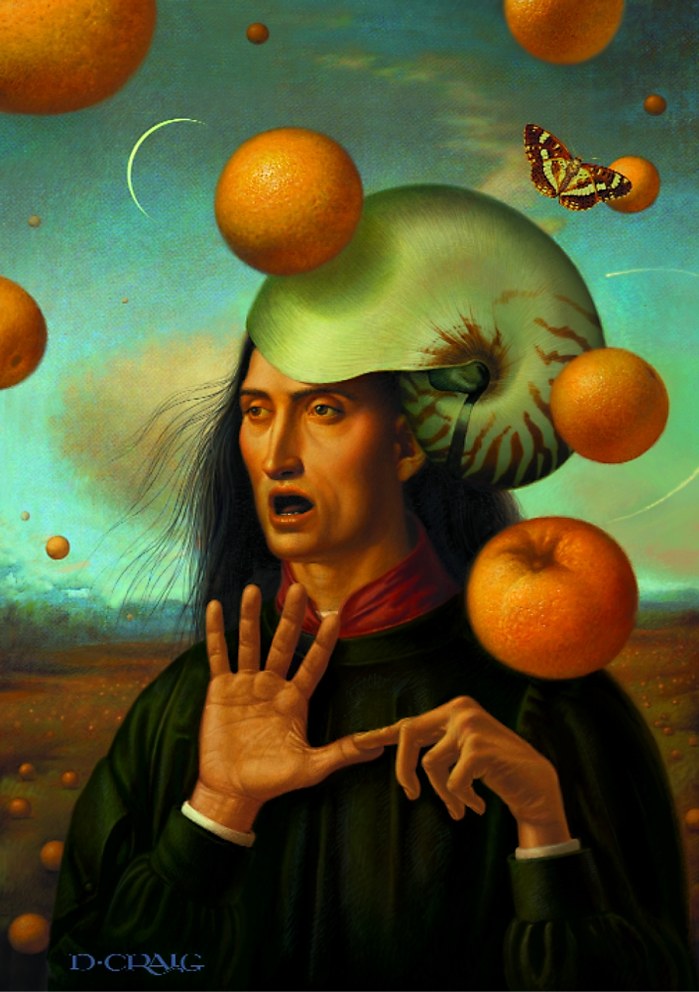 A Minnesota illustrator who blends the traditional and fantastic to great effect.

Minneapolis, Minnesota, illustrator Dan Craig has painted the covers for recent book editions of Great Expectations, War and Peace and The Adventures of Tom Sawyer and created posters for the New York City Opera. He’s made a very definite—and, as he would say, finely-rendered—mark as a top-notch illustrator for mass-market children’s novels. He has also created illustrations for chocolate, beer and dog and cat food packaging. The common thread? A marriage of the traditional and the fantastic that has New York City art directors talking about his unique approach to illustration—even in the face of dwindling opportunities for illustrators of any stripe.

“His sketches are amazing,” says Kathleen Flanigan, an art director at HarperCollins Children’s Books who has worked with Craig for more than eight years. “His sketches are like finals. He’s perfect for fantasy and adventure, because he’s able to set up a scene and create a drama with light and color so beautifully. It’s a perfect match.”

Paolo Pepe, executive art director at the Pocket Books division of Simon & Schuster’s Adult Publishing Imprints, says that Craig never forgets the humor in his subject matter. For the cover of a collection of Mark Twain stories, Pepe relates, “He had this typical Twain treatment of a riverboat...but then over on the riverbank was a huge bullfrog with a pipe in his mouth. He captured the humor and the tone of the book.”

Craig says he considers himself traditional in his creative approach, “A sense of craft is really important to me. I’m aiming for an ideal reality, a place where things fall together in a way that is more poetic to the eye. I’m not trying to be edgy. I try to convey a sense of heightened drama through color and shape.”

Visitors to Craig’s South Minneapolis studio are greeted first by his dog, Wally, an affectionate pug who is not above trying to consume his owner’s paintings. (“He's still a puppy,” Craig explains.) His small office is filled with drafting tables, a computer and his guitar and fiddle from his sometime-avocation as a bluegrass musician. “I feel very fortunate to be able to make my living as a freelance illustrator,” he says, laughingly describing himself as a compulsive renderer.

Craig, a native of Mankato, Minnesota, moved to Minneapolis in 1977 to attend the Minneapolis College of Art and Design. He graduated in 1980 with a BFA in illustration. While he was still in his junior year at college, he and three of his classmates started Oasis Art Studio, which was headquartered just one floor down from his current studio (and eight miles from his home in St. Paul).

“Our timing was excellent,” Craig says. “It was slow at first, but it took off pretty well, considering that we were fresh out of school. The 1980s were really a fantastic time to get your feet wet in the illustration field.” The Minneapolis advertising market was booming, he says, and Oasis snagged jobs with top ad agencies such as Fallon McElligott and Martin/Williams. “We became the hot shop in town for illustration,” Craig says. Post-Oasis, he landed projects with agencies such as DDB Needham, the Richards Group and Rubin Postaer. 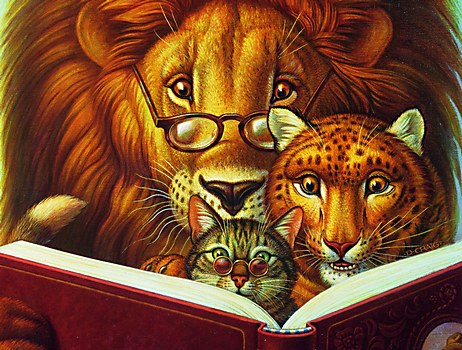 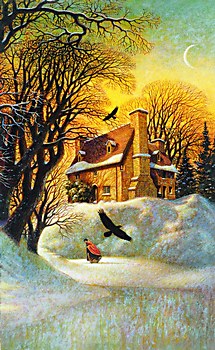 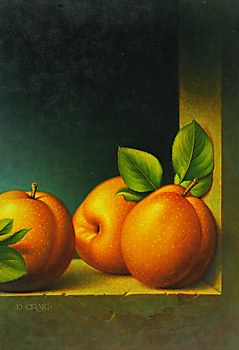 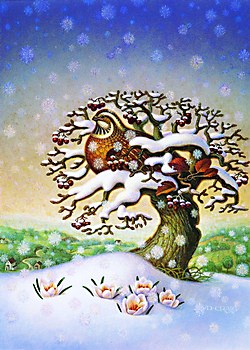 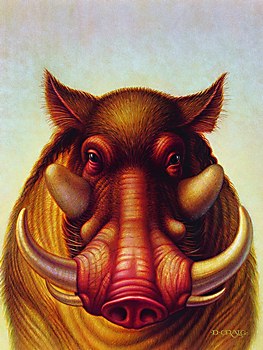 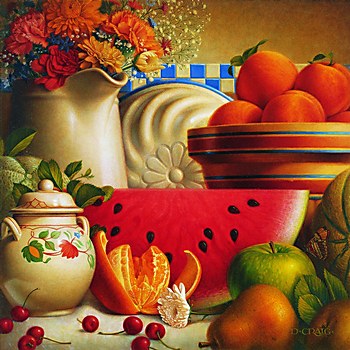 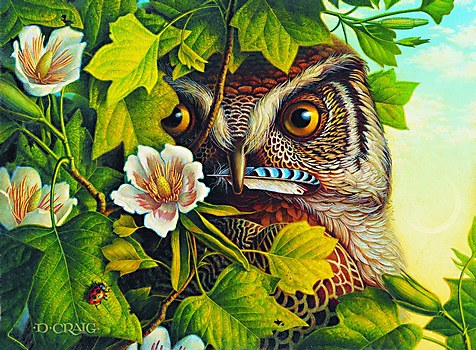 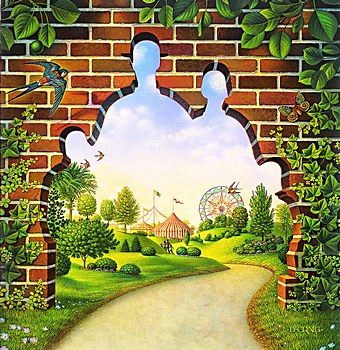 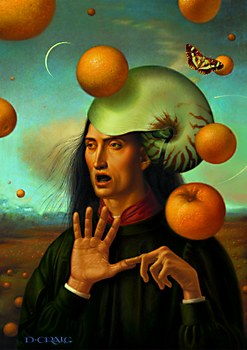 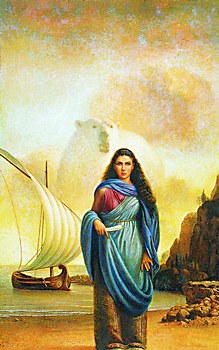 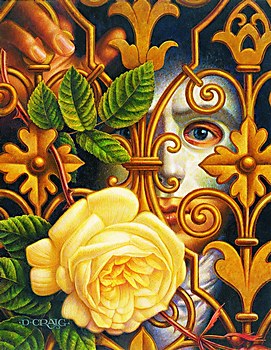 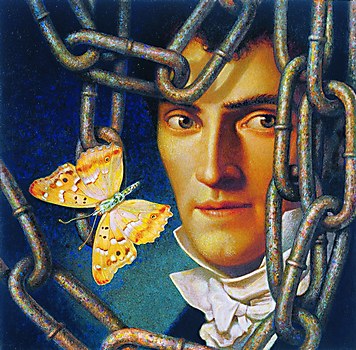 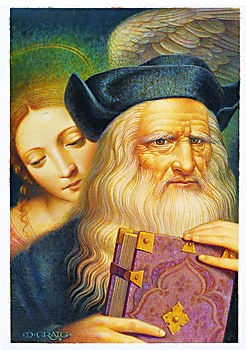 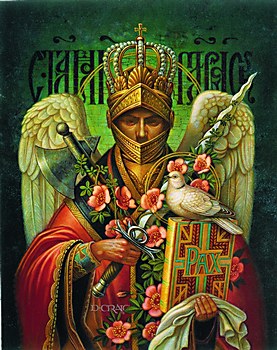 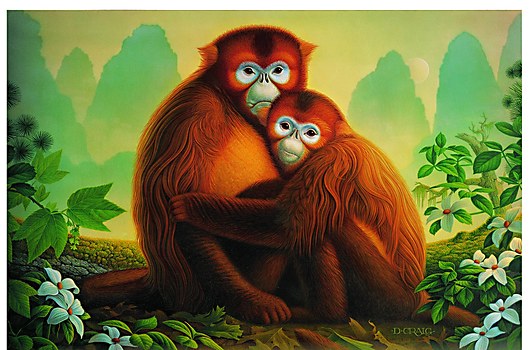 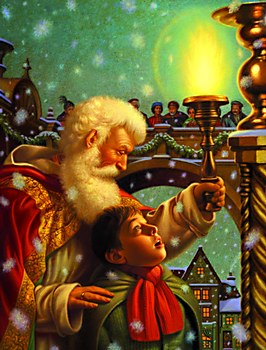 During the late ’80s and early ’90s, Craig’s work made a big impact in all the right places. In 1988, “Training Isn’t Everything,” a poster he illustrated for the University of Minnesota College of Liberal Arts, brought him his first Clio. In 1990, Craig was awarded a Best Illustration Clio for “A Fair of the Heart,” a poster he created for the United Way. Also in 1990 came his proudest achievement: a Silver Medal from the Society of Illustrators for a painting (included in Illustrators 31) created to advertise a traveling exhibition of Chinese golden monkeys at the Minnesota Zoological Gardens.

It was during this productive period that Tony Andriulli of Bernstein & Andriulli, a New York City artist representation agency, saw Craig's Clio-winning poster for the University of Minnesota and called him. Craig signed with the agency in 1989 to rep his illustration nationwide. “I wondered if I was the kind of guy who would go national,” Craig says, adding that in Minneapolis “the scene was so vital, I didn’t see a reason to go outside.”

He was glad he did—especially once the weather began to turn chilly for illustrators all over the country. “Bernstein & Andriulli are first rate,” Craig says. Over the years, as his work has made numerous appearances in the Society of Illustrators Annual and the Communication Arts Illustration Annual, he has worked mainly with rep Francine Rosenfeld, who helped him make the transition from advertising to the publishing world.

“We’ve worked together steadily for fifteen years,” says Rosenfeld. “We’ve had very few lulls. Over the years he’s done advertising and publishing, but I think the publishing has really been the mainstay. He has a large following here in New York.” Craig’s list of publishing clients is extensive, including the Penguin Group, HarperCollins, Simon & Schuster, Scholastic, Warner Books, Hyperion Press, Scott Foresman, Kensington Publishing and Harcourt Brace.

Craig says he began taking on more publishing work in the mid-’90s, once work with ad firms began drying up. There were plentiful opportunities for illustrators to be creative in advertising work in the 1980s, he says, but budgets aren’t there anymore in commercial illustration. He explains, “Once ad firms began compelling their art directors to focus more on the bottom line and do-it-yourself graphics software became more sophisticated, illustration just kind of fell out of favor. [Art directors] had a hard time justifying paying illustrators top dollar or even fair dollar when they had so many options.” It didn’t help, he said, that stock houses seized the opportunity to sign up the multitude of illustrators desperate to find a place for their work, which drove down the rate of new commissions.
The work of Flemish masters (especially Jan van Eyck), did something to me when I saw them, because there’s just such a commitment to the perfect image.”


“Luckily for me, I had New York representation,” he says. “Francine began filling my schedule with book covers, gradually at first. The bulk of my work right now is book covers. I miss the budgets of advertising, and I hope they’ll come back, but I find book covers a very creative and fulfilling way to make a living. I love doing covers because they move quickly, they’re varied in their imagery and they’re problem-solving at a very elemental level.”

Art directors, for their part, are happy that Craig has turned more of his attention to publishing. “His work doesn’t date,” Flanigan says. “I’m very comfortable knowing that a book cover can be out there for five years and still look fresh. He’s just extraordinarily talented, his color palette, his details.”

“He's great at capturing the essence of the book, using very symbolic elements, in a way that would be understandable to both a sophisticated audience and a younger audience,” Pepe says. “There’s a very nostalgic element to his style. It’s timeless. He can capture a period in a way that you understand that it’s not a contemporary book, but his art reflects the timelessness of the literature.”

An admirer of fifteenth-century Flemish artists, Craig says he is drawn to work that is tightly rendered. “The work of Flemish masters (especially Jan van Eyck),” he says, “did something to me when I saw them, because there’s just such a commitment to the perfect image. They take out all the inconsistencies. Everything that is peripheral is eliminated, and it becomes flawless. They capture a more pristine sense of the real.”

But Craig, who names illustrators Wilson McLean and Braldt Bralds as two of his contemporary favorites, adds, “I definitely don’t want my paintings to look photographic. What I’m trying to do in my paintings is take them beyond the photographic. I want them to look painted, to look idealized to a degree and crafted, as though a hand had been there and a hand had laid down the brushstrokes, carefully and meticulously.”

Craig says that when he began working as an illustrator, he was “very traditional” in his approach to creation. He would work from photos or tracings to create a graphite pencil sketch, then paint on top of the image, switching between acrylics and oils during different periods in his career. But eventually, he said, he decided to try graphics software: “My goal was to keep the traditional look but move ahead into the twenty-first century and use technology to help me achieve those goals.”
I’m not trying to be edgy. I try to convey a sense of heightened drama through color and shape.”


Photoshop quickly became his favorite program. “What I really like [about Photoshop] is the flexibility in terms of layering... it creates better composition and a more comprehensive feel to the layout of the piece,” he says. “I can show the art director in precise ways how it will look. Rather than jumping from a rough pencil sketch drawn on vellum, which I would fax to them, now I can e-mail them something that really looks much closer to what the final painting will look like.”

Craig’s usual modus operandi includes merging his paintings with his Photoshop creations, although he has created strictly digital images as well. “I do not want to give up actually having a physical piece of art at the end,” he emphasizes. “I think a danger of using Photoshop is losing that time-honored tradition of drawing. And the key thing to me is that people look at a finished product [that incorporates Photoshop] and don’t see a difference between it and the work that came before computers.”

One of his latest projects is the cover and interior illustrations for the children’s book The Light of Christmas, by Richard Paul Evans (author of the immensely popular The Christmas Box). The all-digital illustrations mark the first time Craig has illustrated a children's book, and he is eager to repeat the experience. “I’d like to write my own children’s book someday and illustrate it. That would be the perfect project.”

Craig is optimistic that illustration will regain its former popularity and that ad firms looking for quality will begin turning back to illustration. “I think it’s a cyclic thing,” he says. “I think it will be back. I imagine there’s going to have to be a coming together of the two sides.

“If you look at what’s being done even in these difficult times, the work is amazing. There are 15,000 illustrators sitting in illustration’s hospital room saying, ‘Come on, baby! Open your eyes.’” ca

Karen Sottosanti has worked as a newspaper, magazine and web journalist in both Ohio and Kansas. Currently, she lives in Pickerington, Ohio, where she works as a freelance writer and editor. 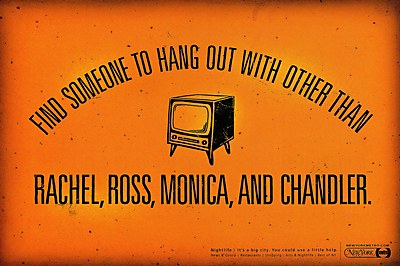 Features / Advertising
DeVito/Verdi
A New York agency that puts truth in advertising to the test. 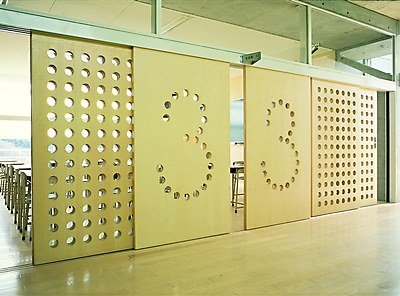 Features / Design
Masaaki Hiromura
This Tokyo sign designer is freeing the Japanese through his innovative approach. 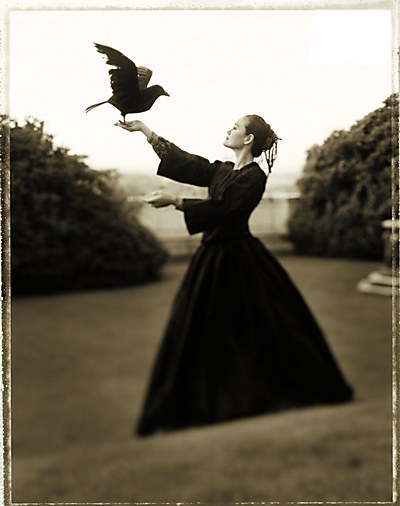