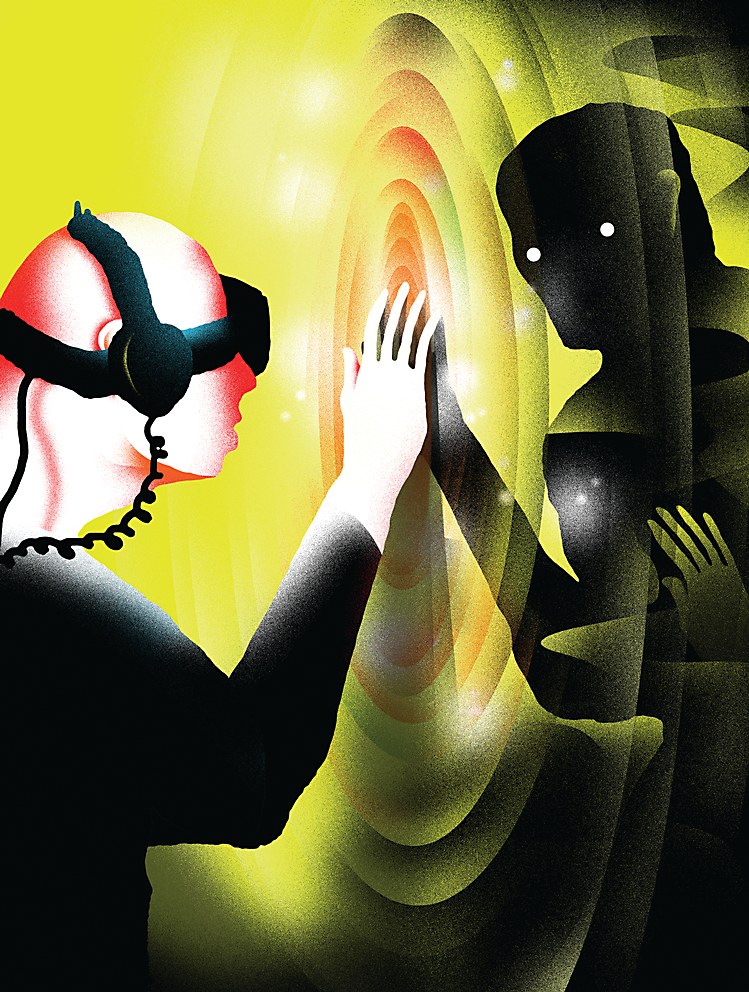 Conforming to his own artistic vision, this Brooklyn-based illustrator is mastering uncanny beauty.

Last October, Daniel Zender did something you have probably never done: he went to Easter Island on a whim. In truth, the word whim doesn’t really capture the passionate curiosity that led to Zender’s adventure. The illustrator, 31, has an affinity for mysterious phenomena and traditional art that goes back to his childhood. “I was an X-Files kid,” he recalls. “I was into aliens and Area 51 and just weird stuff.” From early on, he was fascinated by Easter Island, “a place that took a long time to understand and still is not fully understood.” His interest had been dormant until he recently happened on a book about the Chilean island at a stoop sale near his Brooklyn home, and started wondering how he could actually get there.

“As it turns out, if you can stand 22 hours of flying, then you can just fly there,” he explains. He spent three full days on the island and visited nearly all of the towering statues. “I tried to draw every single thing I saw,” he says. When he returned, he gathered the results in a striking zine, Risograph printed in white, black and red. The sheer power of the statues’ faces comes through in Zender’s boldly rendered graphic images—as does the energy and joy of the journey. “It just seems silly to not do something like that [trip] because it’s harder or less common [to do],” he says. “I like those sorts of challenges. It was probably one of the best decisions I’ve made with my life.”

Zender’s ability to take risks and pursue what moves him has led to many other good decisions in his life and work. Raised in small-town Missouri, he started pursuing a career as an illustrator around 2010 with little experience and few leads. Trained as a designer, he had quickly lost interest in the field when he discovered that his day-to-day work was unlikely to be particularly experimental. He had a job in a coffee shop and was sending out promotional postcards without success, feeling “desperate to do this for my living.” Having saved his coffee shop earnings, Zender flew to New York, portfolio in hand, and “just bothered as many people as I could,” visiting the offices of everyone he hoped would hire him. “I showed up at the Penguin building, thinking, ‘Oh, they’ll just let me see someone.’” Sadly, he had chosen the wrong building “where none of the art directors work. I walked in and the people at the front desk had no idea what or who I was looking for.” He had better luck at the New York Times, however—art directors Aviva Michaelov and Nicholas Blechman agreed to meet with him—and a few months later, Alexandra Zsigmond gave him an assignment for the Opinion section—“my first big job.” 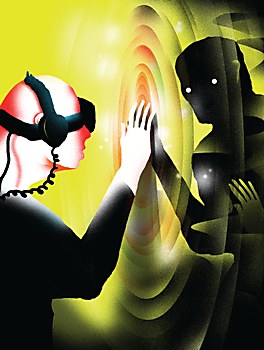 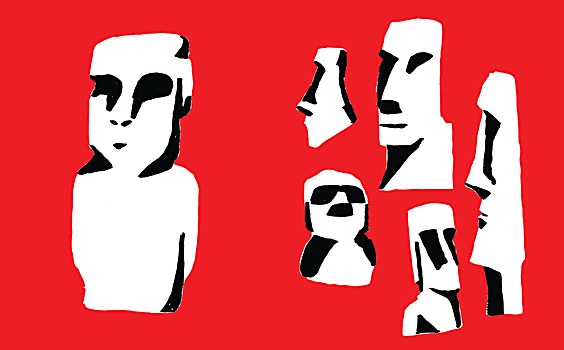 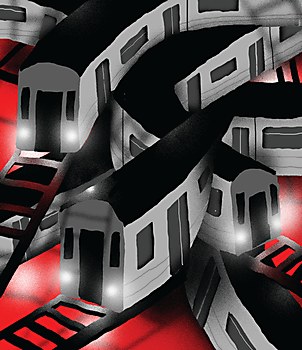 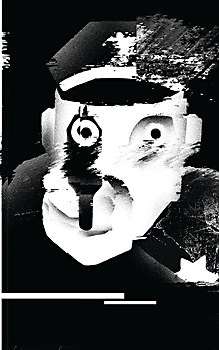 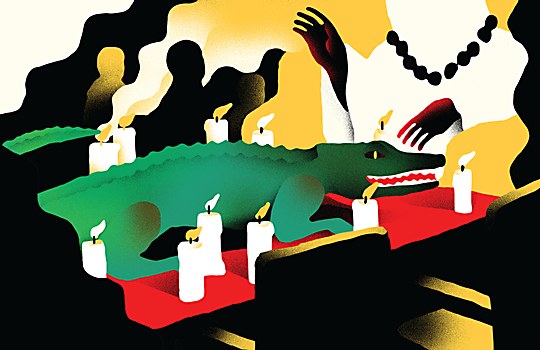 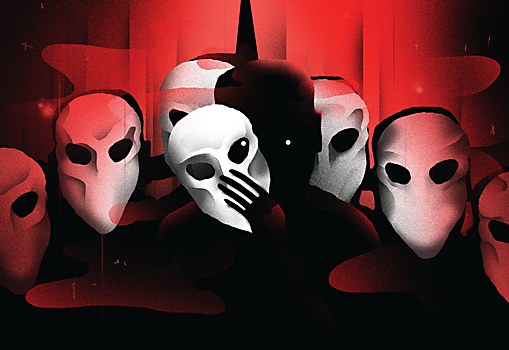 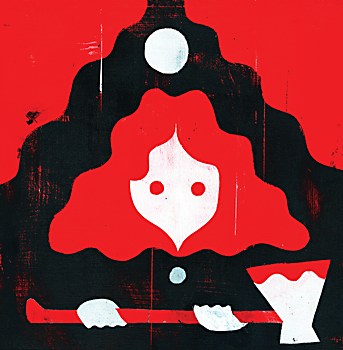 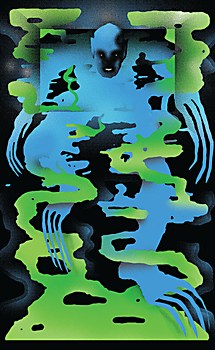 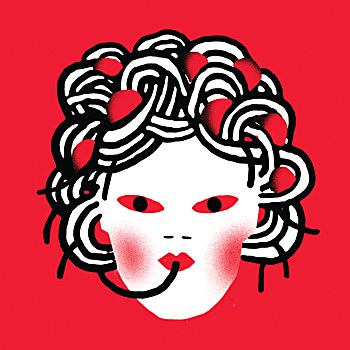 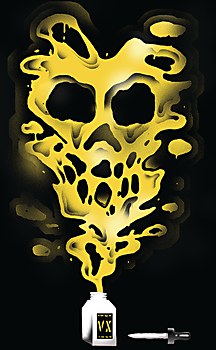 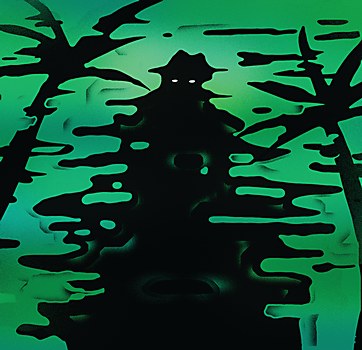 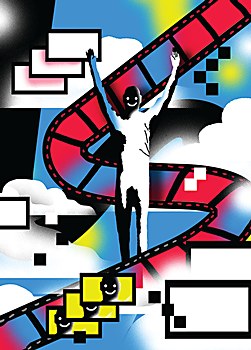 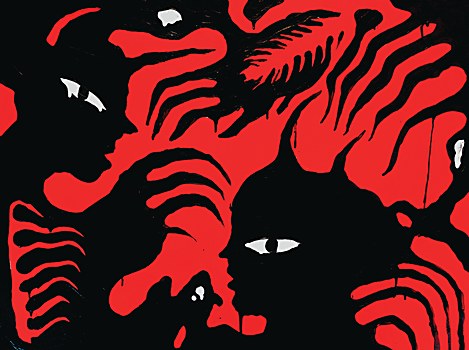 In the following years, he moved to New York and enrolled at the School of Visual Arts, where he earned his MFA in illustration in 2014. Over the past few years, he has racked up big-name clients—the New Yorker, The Washington Post, Nike and, eventually, Penguin, to name just a few—and gained gold and silver medals from the Society of Illustrators, a Young Guns award from the Art Directors Club, and numerous winning submissions to the Communication Arts Illustration Annual. He also took a position at Queens College, where he still teaches introductory courses in design and illustration.

Two years ago, with income from his newly flourishing career, Zender started renting a studio in a large building in the Bedford-Stuyvesant neighborhood in Brooklyn; his space is part of a warren of studios used mostly by fine artists. The studio enables him to physically separate his commissioned and noncommissioned work—a separation that is key to his process. He creates all of his assigned illustrations using digital tools, but he doesn’t keep a computer in the studio, choosing instead to do his paid work in his apartment. “So much of illustration and commercial art is based around a schedule and sketching and process and concept,” he says, when I meet him at the Bed-Stuy building. “Here, it’s just making a mess, which is something I really miss about art school. You kind of lose that, and I think it’s really important to growing as an artist.”

On entering his studio, I see that the “mess” he refers to includes a jumble of paint, brushes, twine, tape and stacked canvases that would warm any creative packrat’s heart. Acrylics depicting grinning heads with staring eyes, in a bold, limited palette dominated by black and red, line the walls. I notice a scattering of carved linoleum blocks on a table. He recently rediscovered his love of lino block printing during a trip to New Mexico, where he saw linocuts and woodcuts, and realized “I should be doing that.” Since then, he has been trying to make one block a day.

So much of illustration and commercial art is based around a schedule and sketching and process and concept.”

The appeal of the blocks is twofold for Zender. On the one hand, as he explains, “I like figuring out new ways of making affordable art for people.” There is also a clear stylistic connection between the southwestern folk imagery he saw on his trip and his own aesthetic. In Zender’s work, bold, semiabstracted forms—often faces and figures—exist within the eerie atmosphere of a dark fairy tale. In approach and content, his pieces have more than a little Day of the Dead about them. “I really like the relationship between horrible things and humor,” he says. He’s a dedicated horror movie fan, but doesn’t enjoy “gory slasher movies,” preferring “creepy things that make you uncomfortable. If something at first glance is humorous, but then you realize that there’s something sinister about it, that’s really interesting to me, aesthetically and emotionally.” Visual artists ranging from Caravaggio to Barbara Kruger are important to Zender, but the atmospherics and drama in his work are largely inspired by cinema; he points to the green-and-black visuals of The Exorcist and to Dario Argento’s “high-saturation” Suspiria as particular influences. “To me, that’s how everything should look,” he says.

An assignment in 2014 for the New Yorker stands out for Zender as a moment when an art director truly appreciated this sensibility and gave him work because of it. Jordan Awan, then an art director at the magazine, hired him for a story about a Tanglewood production of the opera Lizzie Borden. Zender’s illustration is pleasingly symmetrical and almost decorative in its at arrangement of shapes, with a circle of a moon hanging above the even waves of Borden’s hair. The humor and horror come in when you register her blank expression and the bloody axe clutched in her hands. Zender’s illustration perfectly encompasses the ghastliness of Borden’s murders and the inherent comedy of singing about them.

The assignment was a turning point: Zender had been hired “to be weird and scary, but also funny, sort of, for the New Yorker, which is an awesome feeling.” When he started his career, he says, “I was copying the aesthetic choices of a lot of people,” using cut paper collaged in Photoshop to make what he calls “collage-y conceptual stuff.” Now, with the New Yorker illustration, he felt he had leeway to do less metaphorically based work, and make things that were more abstract. As he puts it, “No more ‘head with a ladder coming out of it.’ I was like, ‘I can kind of do whatever I want to in my career. I don’t have to follow someone else’s example.’”

If something at first glance is humorous, but then you realize that there’s something sinister about it, that’s really interesting to me, aesthetically and emotionally.”

While he rarely keeps printed versions of his commercial work, Zender made a screen print of the Lizzie Borden illustration “to memorialize it.” He shows it to me in his Greenpoint, Brooklyn, home, which he shares with his girlfriend, a designer at Pentagram. The place is sunlit and friendly, with a forest of plants by the front windows. Zender has a green thumb that seems to run in the family—when he was growing up, his mother worked in a greenhouse. A room in the center of the railroad apartment acts as his work area. Shelves above his desk are crowded with books and objects that he has collected over the years, from rocks and little animal figures to vintage paper black cats for Halloween.

Sitting at his dining table, he mentions an illustration published in the May/June 2018 issue of MIT Technology Review for an article predicting disastrous effects from making Bitcoin a dominant currency. Zender’s image floats a cage of uneasy, computer-derived green and white shapes in front of a pale, amorphous human figure. “They let me be weird enough with it that I felt like I still had my artistic voice in it. But that’s been happening a lot recently,” he says, sounding thrilled, if not a little surprised. Solidly established as an editorial illustrator, he aspires to illustrate movie posters and book covers. “My dream is to do some Stephen King covers,” he says.

Meanwhile, last May, he presented a show of his linocuts at the Brooklyn comics shop Desert Island. “I just walked in one day and asked if I could do a show, and the guy said, ‘Sure.’” Zender made a poster to publicize the exhibit—a print of a single palm tree. The Desert Island event was one day only; Zender would soon be on to the next thing, connecting ideas, talking to people, taking leaps of faith. As a teacher, he says, he gives his students this advice: “Always be making stuff. You don’t have to show it to anybody, but just do it, and see where that leads to next.” ca 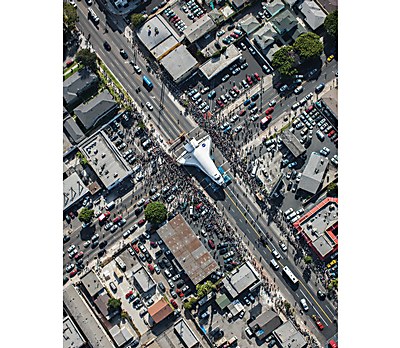 Features / Photography
Spencer Lowell
In illuminating the art of science, a Los Angeles–based photographer gives us glimpses at what lies ahead. 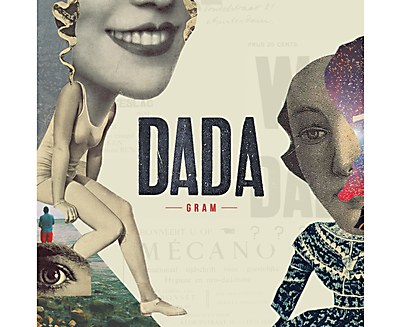 Features / Interactive
Akufen
The self-described punks at this Montréal studio are breaking the mold of bland web design. 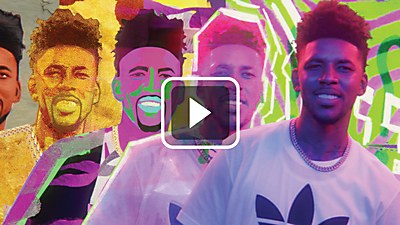