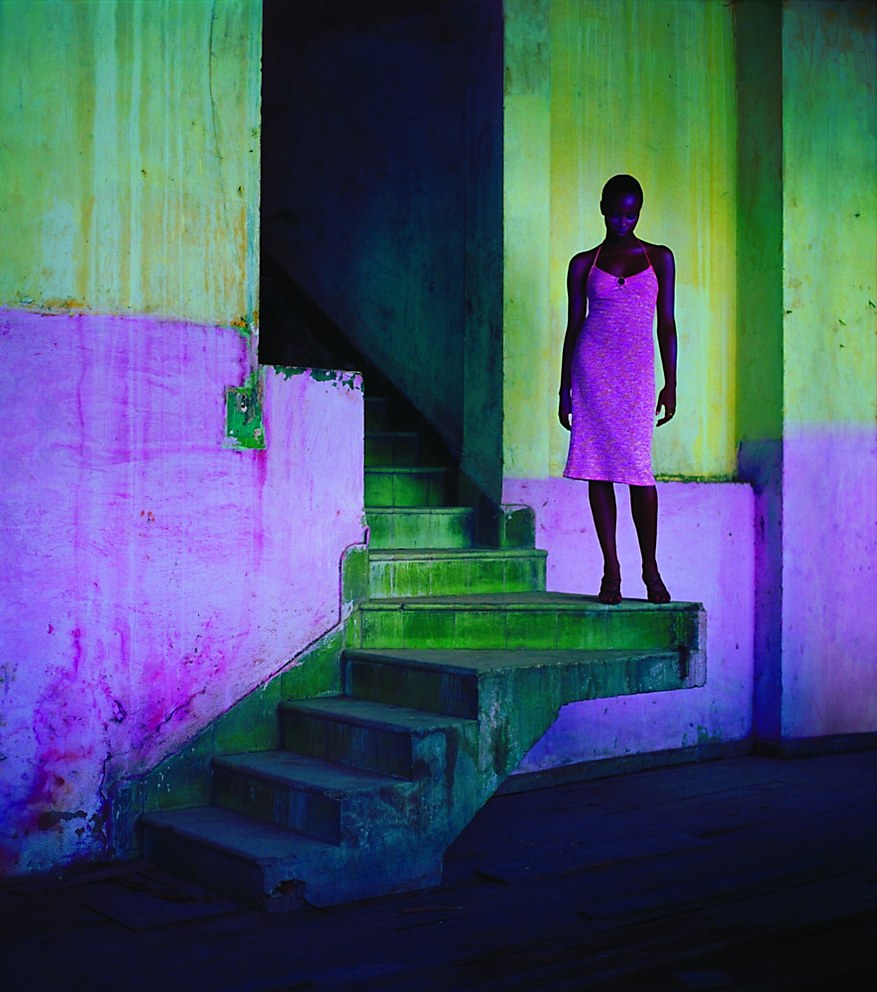 A Los Angeles-based photographer who believes you can't get too comfortable.

In a left-brain, right-brain sort of way, photographer David Allan Brandt has had to employ all synapses to create his body of work, having to juggle the particulars of shooting in international locations with the whimsy and inspiration to come up with highly original shots. It's a tireless effort that has paid off for him with work in many categories: fashion, travel, financial, industry, entertainment and more—proof that Brandt is one of the blessed few who has escaped compartmentalization. But to achieve this level of success, he once had to turn off his brain altogether.

To understand Brandt's daily life, one has to start with his globe trotting. Jetlag can be induced just by hearing about it, let alone living it. Because his work might take him to Bali for a three-week stay followed by the Middle East for a month's job, then a quick stop in New York, the Los Angeles-based photographer has had to become a bit of a world ambassador, well-versed in the ins and outs of mounting an international production. The cultural aspects alone are fascinating—he once had to hire a rain priest in Bali, typically summoned for weddings, to stave off bad weather. "Each country has its own way of working and there are definitely pitfalls to working in each place—there is an art to dealing with situations that come up. You have to know how things work," he says. "Japan gets very detail-oriented, while Hong Kong and Singapore are very loose. I like to work in Third-World countries because you get a lot of production value for the money." But while his practical, common-sense side is kicked into full gear, his creativity has to be cranked, too. His clients, in America and all over the world, hire him to deliver provocative, singular images mainly for advertising campaigns and editorial. 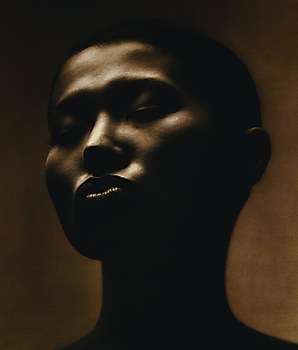 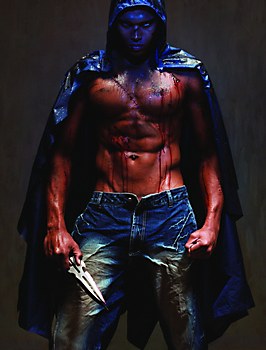 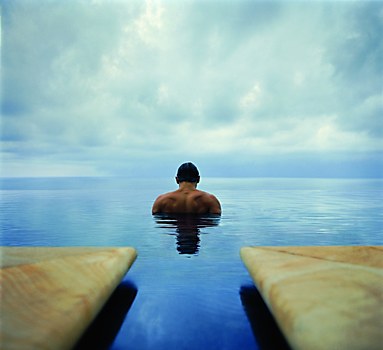 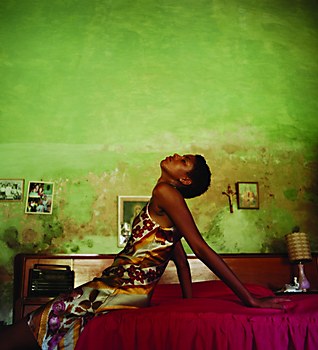 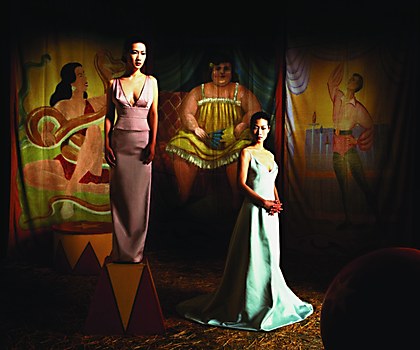 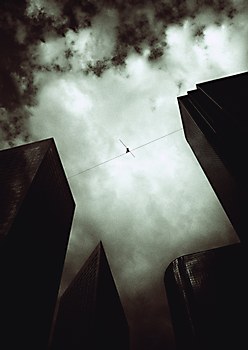 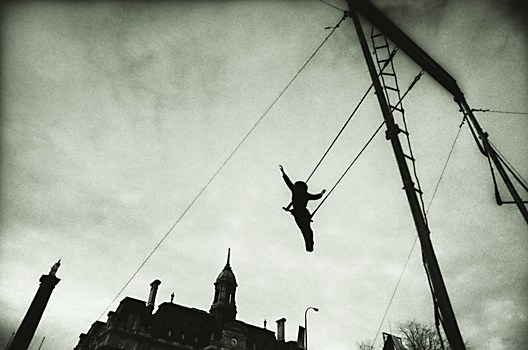 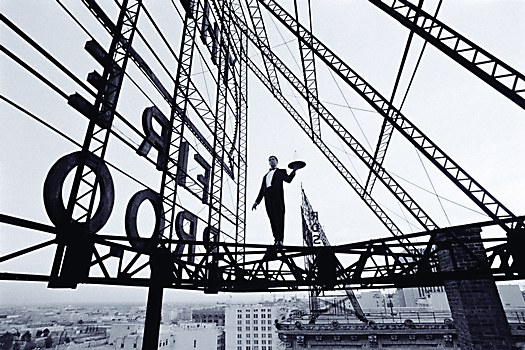 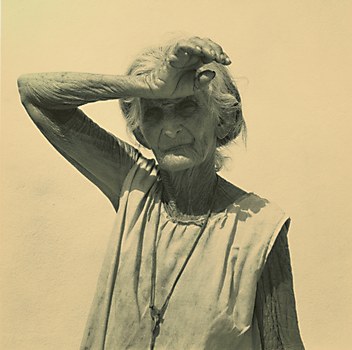 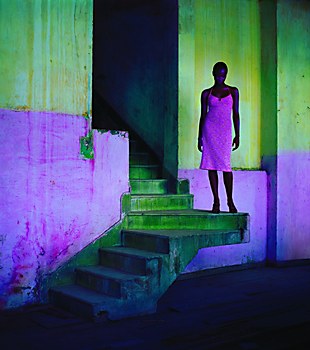 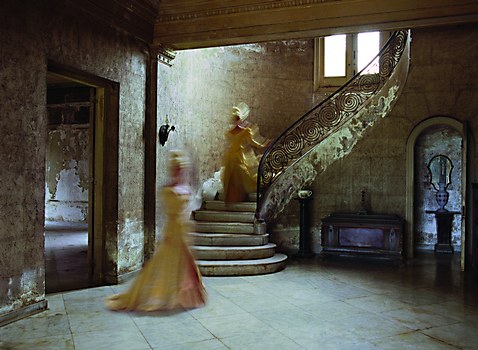 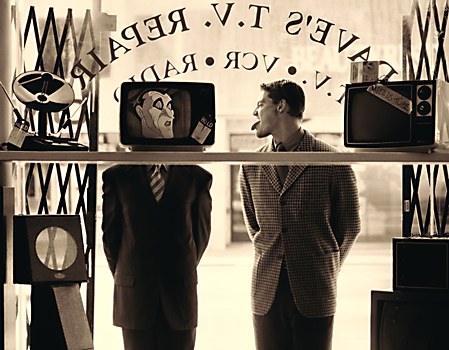 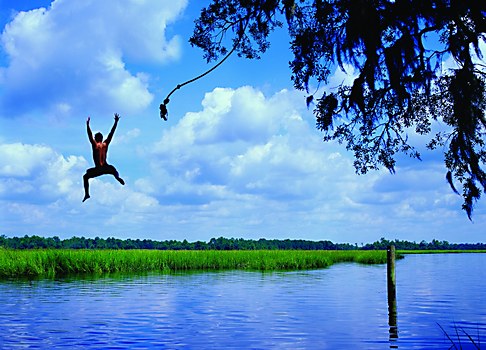 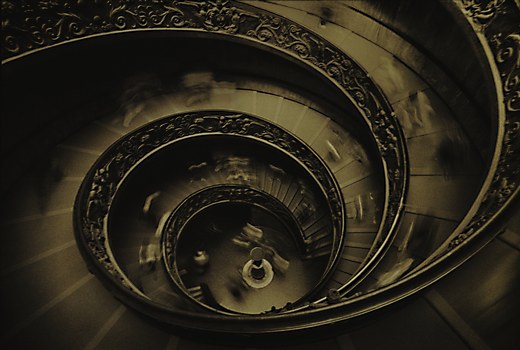 Freelance art director Tom Lee, for whom Brandt shot a CD cover and inside sleeves, says, "David is meticulous and professional and he brings something different to the shoot: people like me have a set idea of what we're going to shoot and he'll show us something we didn't think of. David's the kind of person you can rely on, even if the creative is a little bit weak, to create something that will help your campaign. He's not the creative secretary—you can't say, here, shoot this bottle. He's not the person for that."

Caesar D. Burnal, creative strategist in his own company, CDB Creative, says, "If you look at David's work, there's a depth to it—it's very conceptual. The next time I work with him, I'll work in the concept stage with him. That's one of the things that really separates David." Burnal, when he worked as senior art director at Temerlin McClain, hired Brandt to shoot a print campaign for One World, an alliance of international airlines including British Airways, American Airlines, Qantas, Iberia, Cathay Pacific and FinnAir. The alliance was targeted to high-end business travelers to provide a more seamless experience of world travel, with elegant airport lounges, transferable miles and other perks. Burnal remembers, "This was one of those rare times when you have a giant budget to work with. I pulled (photographers') books from Germany, San Francisco—the top of the top. I could have worked with anyone and probably anyone would have loved to shoot it. One day I came across an image in the CA Photo Annual of a child crossing a busy airline terminal and it just stopped me—I had no idea who David Allan Brandt was at the time. I had the book called in and the presentation itself was amazing. There were these three bound leather books which were impressive enough. But once I opened the books, there was a whole other level of work. You couldn't put your finger on it, but you couldn't ignore it. It wasn't just a lot of pretty images, there was real thought that went into each one. I put all the other books to the side that day."
This is a business where promises are quickly made and easily broken. David's maintained his artistic ability through a long career. He's a gentleman and gentle man." —Robert Sawyer


They selected O'Hare Airport in Chicago, the top of a mountain in Jackson Hole, Wyoming, and downtown Los Angeles as locations, and the casting was based on characters Burnal and the agency developed who had complete back stories. The campaign consisted of eight shots. "David does a tremendous amount of thinking up front-on casting, locations, just everything."

This is what Brandt feels obliged to do: show up with more. "In my professional and personal life, I'm always putting pressure on myself. I work better under pressure," he says. When he was eighteen, Brandt, originally from Montana, moved from Los Angeles to Ventura County and landed a job as a staff photographer at the local newspaper, the Press Courier. He had worked on his high school paper, covering sports, but this was a different kind of action. In Ventura, he shot everything from murder scenes to drug busts ("Scary, but also thrilling," he reports) to society parties (probably also scary, but thrilling). Soon Brandt earned the position of chief staff photographer. At 22, he decided to move back to Los Angeles and enrolled at Art Center. He graduated in 1982 with a Bachelor of Fine Arts degree. While still attending Art Center, he became the staff photographer at EMI/Capitol Records.

For the next seven years, Brandt built up a roster of clients. Then, around 1989, he fell into what he calls a creative rut. "I was shooting a lot of still life, fashion and portraits," he says. "And it got to the point where I would say, 'OK, which rock do you want to use?' Because inevitably, we would drape some model over a rock and shoot. I always look at my work at the end of the year and ask 'what do I have to put in my book?'
In my professional and personal life, I'm always putting pressure on myself. I work better under pressure." —David Allan Brandt


I realized I needed to start over. I just turned off my brain—I stopped thinking 'creatively.' I let all my clients go—if they called me, great, but I wasn't doing all the things you need to do to maintain clients. It was a cathartic experience. You can't get too comfortable."

Now, working out of his 2,200 square-foot studio in the center of Hollywood, Brandt attracts projects from clients in the U.S. and all over the world that challenge him, sometimes to the point of intimidation. "As budgets grow, there's more unproductive pressure," he says. "And when you have a lot of creative control it's great, but it's a lot of stress." Brandt uses any tool necessary to compose his photographs—computer manipulation, illustration, whatever it takes to get a story across. He's more likely to drape a model over a robot, à la retro space movies of the '50s, or hang an acrobat off a building.

Preparing for a Brandt shoot can be a major production, and he has the help of three producers, strategically located in Northern California, London and México. Brandt's wife, Elaine, manages the office, but when necessary acts as producer, money person, client relations and rep. (Brandt's official rep is Norman Maslov in San Francisco.) And of course he has set designers, wardrobe people and crew that he has come to depend on. He says, "I'm very hands-on in every detail, but you have to build a bond and let people have their expertise."

Robert Sawyer, creative director and consultant, has worked with Brandt over the last ten years or so. Sawyer says, "This is a business where promises are quickly made and easily broken. David's maintained his artistic ability through a long career. He's a gentleman and gentle man." ca 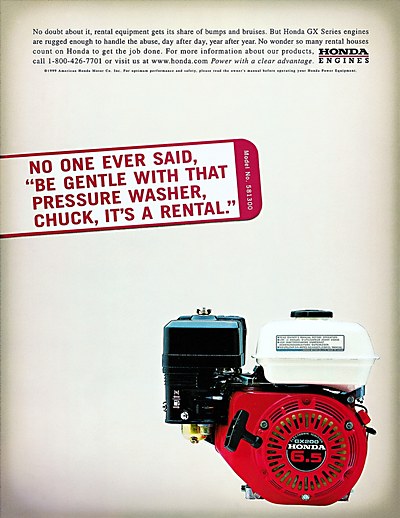 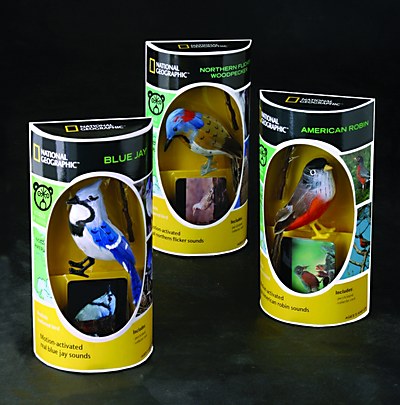