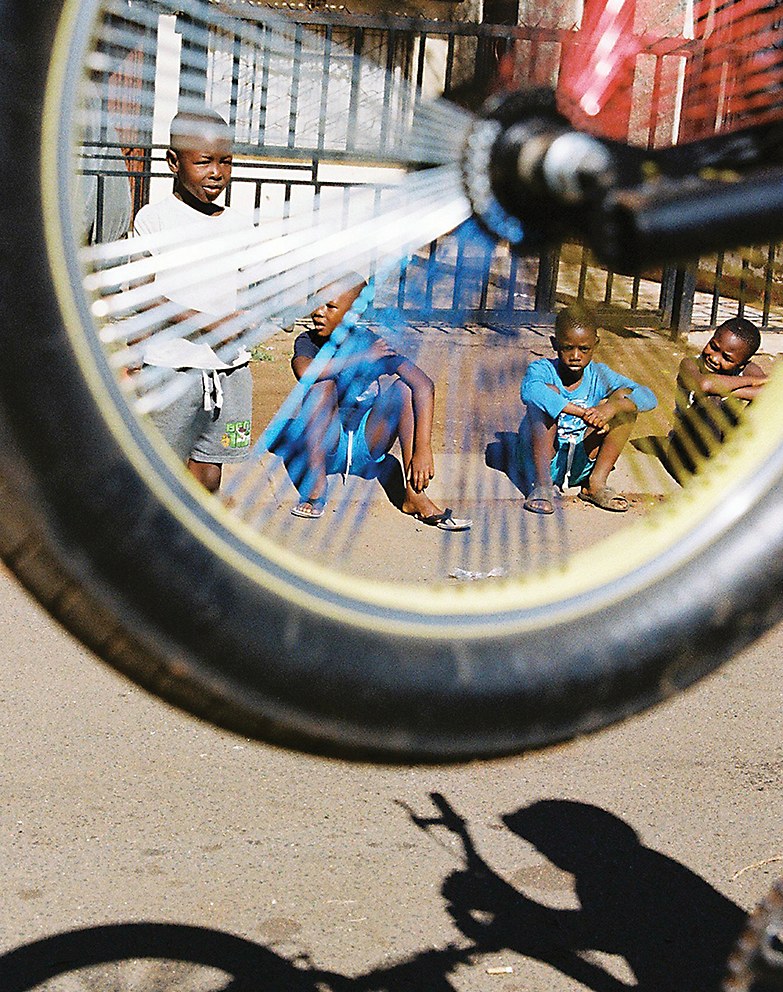 In New York City, a photographer pauses in her meteoric rise to share her art and story.

New York–based Brazilian photographer Driely S. is a lot of things—skilled artist, irreverent truth-teller, meteoric star—but she is not an easy woman to interview. From the beginning, Driely was wary and elusive, repeatedly stipulating that she would not answer any questions about her famous clients. She was insistent that she wanted to talk about her craft and not about Beyoncé or Kanye West. Eventually, perhaps convinced that it was truly her story we were after, Driely acquiesced, with a caveat; we would meet at the Stanley Kubrick exhibit at the Museum of the City of New York.

By the time I walked up to her on the steps of the museum in Manhattan’s Upper East Side, I wasn’t sure what to expect, but it was not the engaging and disarmingly unguarded woman who greeted me. Flashing a mischievous smile, Driely said that she had been expecting an “old White guy” in a way that suggested something between surprise and relief.

“I’m just so bored by fashion right now; it just doesn’t make any sense with all of the things going on, trying to sell people shit that they don’t need for the money they don’t have,” Driely says, “but I still appreciate fashion as an art form and seeing a designer do real, real art... really make a statement.”

It’s my first time in this museum, bright with sunlight and excited children on its lower levels, but quiet and intimate on the top floor. It doesn’t take long for Driely to explain her aversion to doing interviews; she is nothing if not frank. 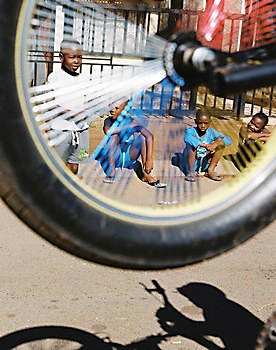 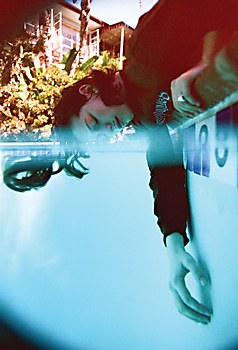 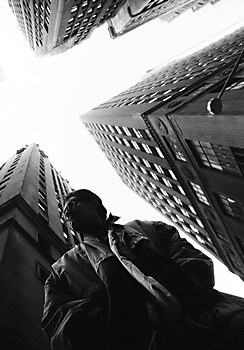 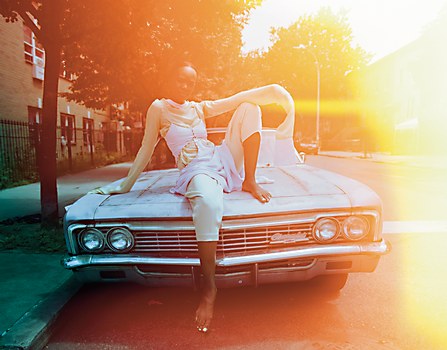 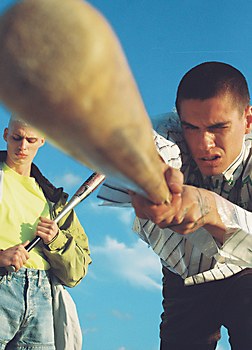 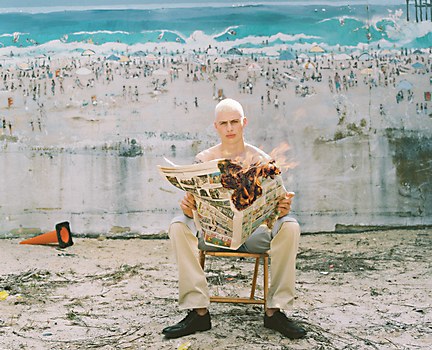 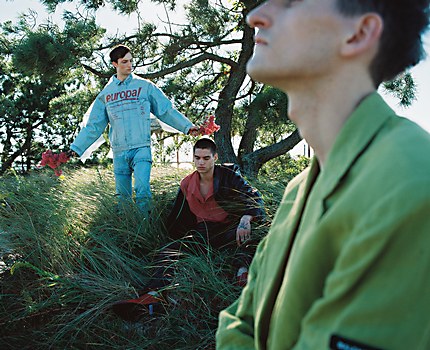 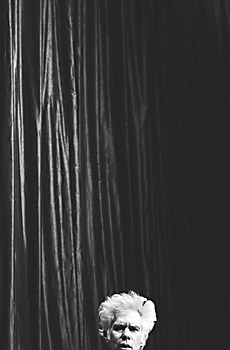 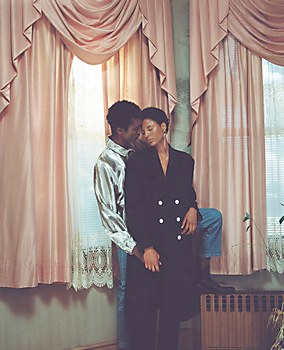 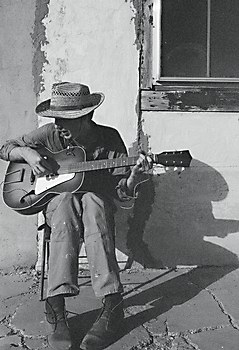 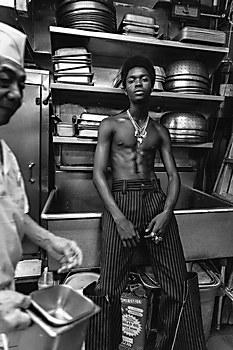 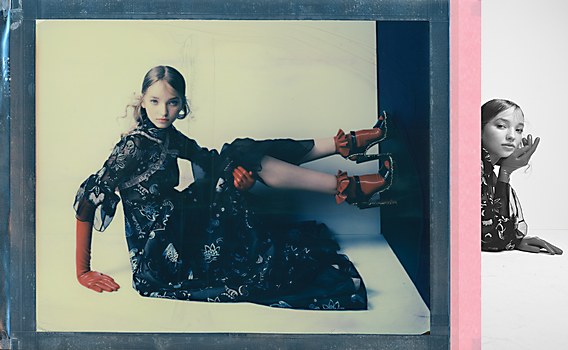 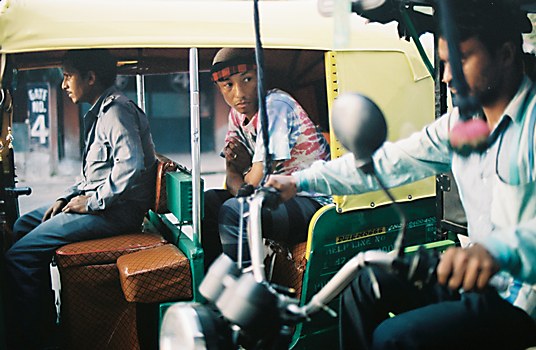 “I feel like I am put in this box where it isn’t about me; it’s about the [celebrities] I work for, and it’s frustrating at times,” Driely says. “I feel like I have done enough work with enough people that it is as much an honor for them to work with me as it is for me to work with them.”

We wander into the Kubrick exhibit, which centers on his work as a teenaged staff photographer for Look magazine in the mid to late 1940s. It’s all thematic photo spreads—street photography meets soft photojournalism, which one can’t help but retroactively view through the lens of the filmmaker to be. Driely puts words to it, talking about his composition, that nascent Kubrickianism. It surprises me when she says that seeing where Kubrick started gives her a lot of hope. After all, she is pretty far from schlepping a beat; in fact, she skipped most of that stuff and went straight to being an industry wunderkind. As I will soon learn, Driely S. is not a woman who thinks about ceilings.

Driely was born and raised in Rio de Janeiro, Brazil, where her parents ran a small video rental store out of their garage. She grew up fascinated with movies, devouring just about everything that passed through their modest shop. I begin to realize that we are not at this Kubrick exhibit by accident when Driely talks about watching A Clockwork Orange as a fourteen-year-old.

“It left a big impression on me. I didn’t quite understand what I was watching, but I knew it was unlike anything I had seen before, and it ended up being a gateway drug to all the other weird stuff. A Clockwork Orange led me to El Topo and The Holy Mountain, and Jodorowsky is still my favorite director.”

Driely’s first job was at a theater in Rio that screened old films, and she immersed herself in “the weird stuff”—Bergman, Godard, Tarkovsky. For a precocious child who often felt like she didn’t fit in, the movies were both an escape and an inspiration. She would steal away with her father’s movie camera and let her imagination run. Her working-class parents were a bit baffled by their artsy daughter but generally indulged her, and even when they didn’t, she found a way.

In school, there were a few sharp-eyed teachers who took note of a particularly inquisitive and creative child and encouraged her; one in particular stands out. He gifted a teenage Driely her first camera, a handheld Pentax, and gave her access to a darkroom at a time when she could afford neither.

Driely moved to the United States in 2010, spurred by a dispute with her father and emboldened by the stream of Brazilians she knew who were making the same journey. Still, everything she knew about America had been gleaned from television shows like Friends, so a rude awakening was in order. Instead of quickly finding her way to New York City, she was stranded out in Suffolk County, Long Island. Instead of working in a bookstore or coffee shop, she cleaned houses in Long Island and worked taxing shifts at Stony Brook Hospital. Instead of her plan of enrolling in college, she took ESL classes through a local high school equivalency program. In addition to her language courses, Driely decided to round out her course load with a photography class. Granted, it was a long way from her dreams of film school, but she thought it would at least help her sharpen techniques that she would need once she made it there. This would prove to be a fateful decision; suddenly, she had access to a darkroom, paper and film for free. Driely would catch the train into the city, shoot as much as she could and then catch a train all the way back to Suffolk County. Memories of that six-hour round trip stick with her—the thrill of a day shooting in Manhattan and the crushing loneliness of not having any friends, nor the language skills to make any.

I busted my ass, but I also got lucky in that once I got this little opening, I made the best out of it.”

“I remember feeling so stupid, that I would have had a better chance at being taken seriously in my country. I went from being this bright, young kid in Brazil to just another immigrant,” Driely says.

Her first real photography gig was assisting a wedding photographer. He eventually helped her get a job at a wedding studio in Manhattan, which bored her to tears but provided valuable managerial experience. Desperate for something to sink her teeth into, she dove into the burgeoning world of fashion blogs, landing an internship at Racked. Suddenly, between shooting every fashion show she could and managing photographers at a busy wedding studio, Driely was basically living on the Long Island Rail Road. The fashion blogosphere was still young, and Driely realized she could become a publication’s defacto staff photographer simply by anticipating their needs and pitching the editors, again and again. Whether it was the enchanting Brazilian accent or her abundant charisma, Driely was consistently able to turn a little access into a lot, working her way backstage and into creative directors’ phones with equal aplomb.

Driely recently withdrew from social media, even removing Instagram from her phone. She didn’t put any sort of time limit on “going dark,” but mused about the importance of trying new things and challenging herself without worrying about an audience at the same time.

“I probably wouldn’t have a career if it was not for Instagram,” Driely says. “It’s where a lot of people found my work and still find my work. I understand its importance in my career, but it’s not a game I want to play right now. I am bored by it.”

We leave the museum and wander through the park as the sun starts to creep into the trees, winking through the autumn leaves. We laugh about the improbability of her journey, in a scant four years, and share stories that won’t find their way to print anytime soon. When asked her advice for young photographers, Driely’s response is immediate.

“Always be shooting. A lot of my assignments come from my personal work,” Driely says. “Your best stuff always comes from the things you are passionate about, and people can tell.”

Your best stuff always comes from the things you are passionate about, and people can tell.”

For Driely, everything she shoots grows from a very personal place. Equally important is that she herself is constantly evolving, planting and tending gardens only to unexpectedly plough them over before complacency can take root.

“When I first started, it was a very ‘along-for-the-ride’ documentary style, but nowadays I am much more in control. I have a lot more confidence, and I know how to get what I want out of what I am shooting,” Driely says matter-of-factly. “I’ve learned to trust my instincts and tune out the noise.”

It is an integral skill, especially for a young woman in her industry. Almost paradoxically, a commercial photographer has to be able to adapt and change direction on a dime. Sometimes you are promised three hours to do a shoot, but then the interviewer annoys your subject, and all of a sudden, your subject is only willing to give you 45 grumpy minutes. Or a manager is determined to keep a client from doing anything even slightly outside the box, and insists on vetting any shoot ideas beforehand. Driely learned a long time ago to have a plan, but to keep the details close to her chest. To be prepared to battle for her ideas, but to leave plenty of room for improvisation because few things ever go according to plan.

She believes in commitment, in pushing to excel in any task once she has bent her hand to it. She abhors the disposable content she sees permeating every corner of modern life, the shiny images that you forget about the minute you turn the page or scroll down.

“I have had my issues with editors because if something isn’t right, I won’t deliver. I take a lot of pride in putting work out that is true to me and true to the artists I am working with.”

We have walked all the way west by now, and the sun has slipped away, leaving us at the beginning of one of those great fall nights. We talk about film as we meander towards a shared train line, and I can’t help but ask how long it will be before she is making movies herself. It was her first love, after all, and it doesn’t take much to see how much passion she still has for the art form. Driely somehow agrees with my assessment and demurs at the same time, her only certainty being that nothing is certain besides change.

“I think what keeps me going is I get bored really easily. As soon as I get done with one thing, I am looking for the next thing,” Driely says, “and the people I work with have the same mentality. They are the best, but they are still thinking ten steps ahead.” ca 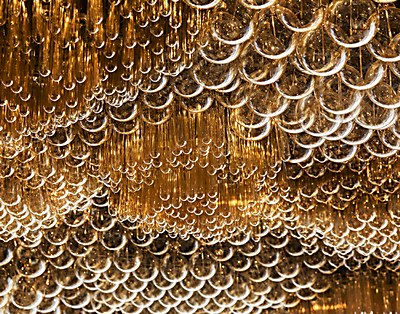 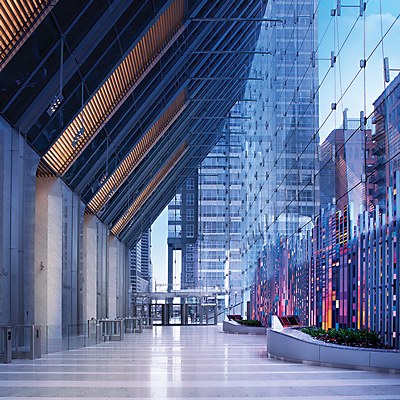 Features / Interactive
Leviathan
Fueled by its expertise in interactive installations, an experiential agency in Chicago is bringing art into physical spaces. 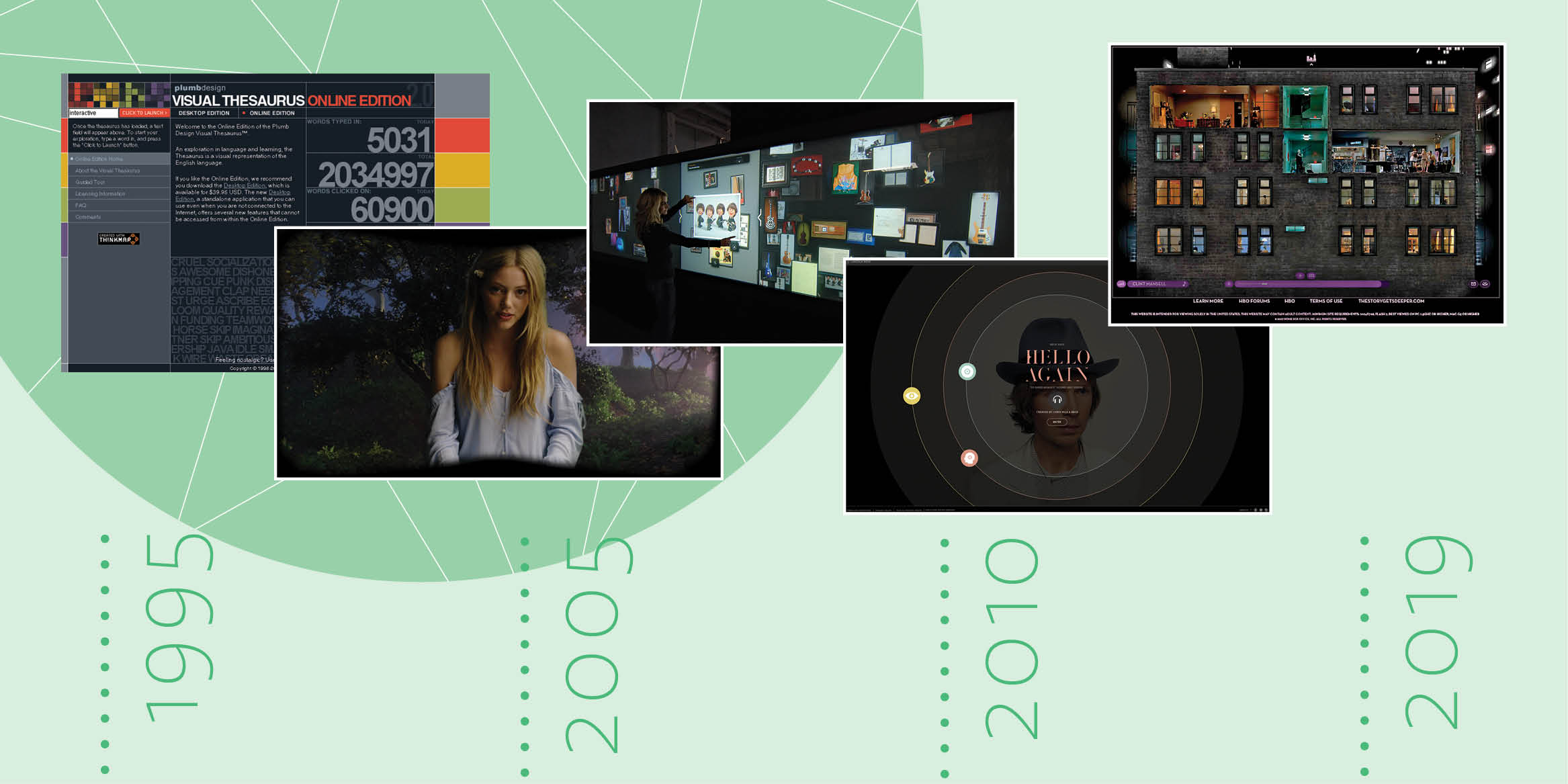