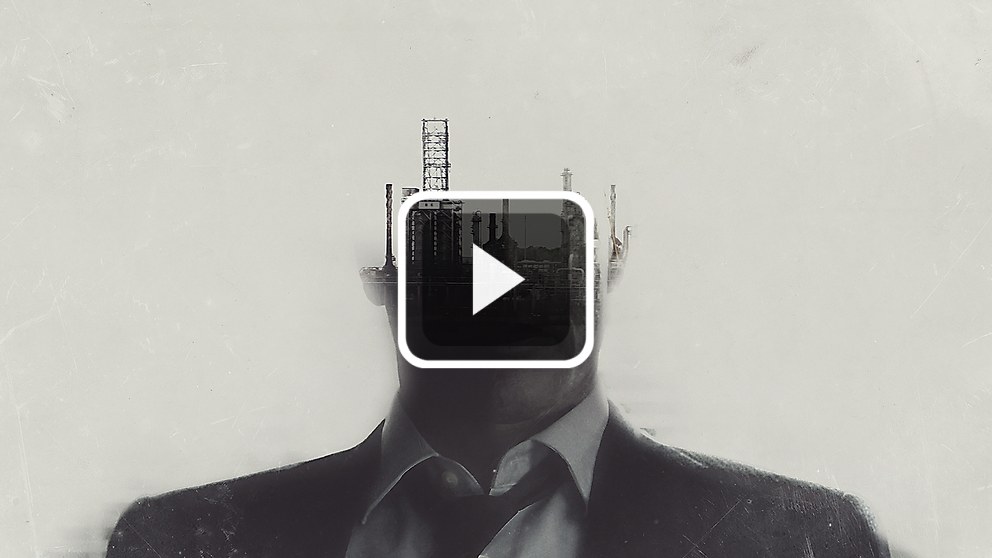 At this Emmy-winning collective of filmmakers based in Santa Monica, California, title sequences earn their rightful place within a larger story.

Drive east from the ocean through Santa Monica’s brick industrial blocks, and you’ll find a building that seems to have dropped in from Mars—a low-rise facade that shines with DayGlo-hued graffiti. It looks as though it might house a head shop or trendy boutique, but the “Graffiti Building” is, in fact, a local landmark, first painted more than 20 years ago by street artist RISK. Since 2007, it’s been the home of motion picture editorial company Rock Paper Scissors (RPS), and today, those psychedelic walls shelter not just RPS, but also its younger sister companies: visual effects studio a52 and multidisciplinary design firm Elastic, all owned by veteran film editor and title designer Angus Wall and his wife, RPS executive producer Linda Carlson. 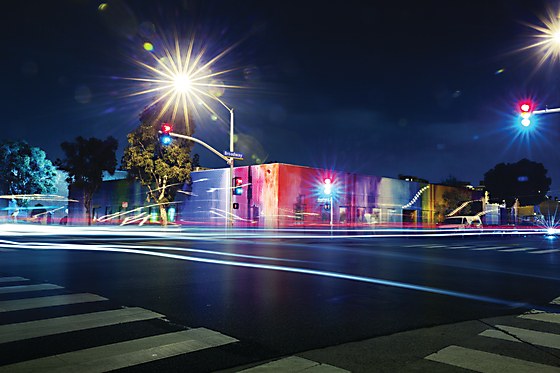 The paint job isn’t the work of just one artist. Other graffiti artists tagged the building after RISK, making the exterior a unique, unplanned piece of collaborative art and, as it turns out, a befitting skin for the collective-like creative organization within. “This building truly represents us,” says Jennifer Sofio Hall, executive producer for both Elastic and a52. “Whereas a lot of companies overshadow the individuals, we try to create a culture where the artists are able to shine, and that makes us stronger on the whole.”

Elastic’s very name is an indication of the company’s thinking. It was conceived to stretch, shrink and change according to the project and the client. It borrows editors from RPS and visual effects artists from a52. Even its headcount is uncertain. Asked how many people work for Elastic, Hall takes a long pause. “It’s hard to delineate,” she finally says.

A STRETCHABLE THREAD
Like any shape-shifter, Elastic is difficult to describe. Its principal directors—Angus Wall, Patrick Murphy, Patrick Clair, Andy Hall and Headless (the pseudonym for the trio of Adrian Garcia, Victor Maldonado and Alfredo Torres) bring a diverse set of talents and techniques to the work. Wall is an expert in art history and photography, and as an editor, he excels in telling stories with juxtaposed images. Murphy, the head of 2-D for a52, is adept at seamlessly combining live action and computer-generated imagery (CGI). Clair, who works from Sydney, Australia, under the name Antibody, is character-oriented. The Headless team works from Spain in tradi­tional 2-D animation and brings good writers with a flair for comedy into the mix. Andy Hall, husband to Jennifer Sofio Hall, calls himself an emotional storyteller. 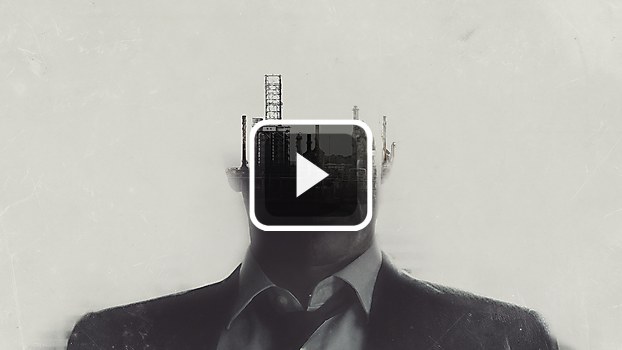 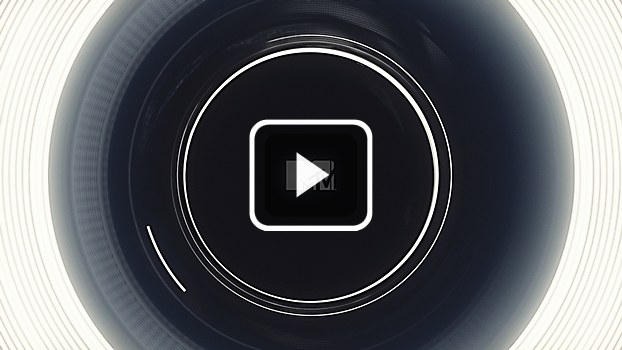 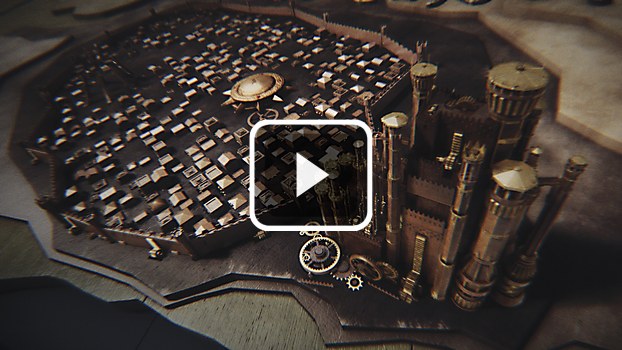 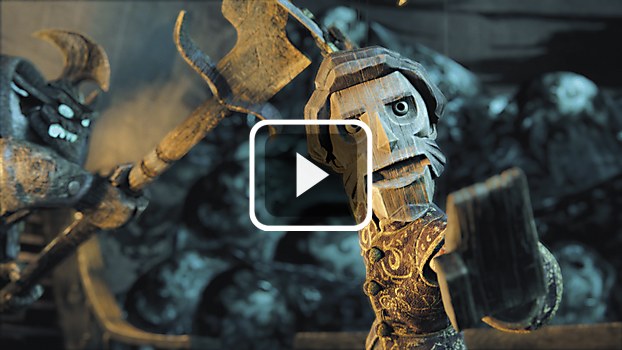 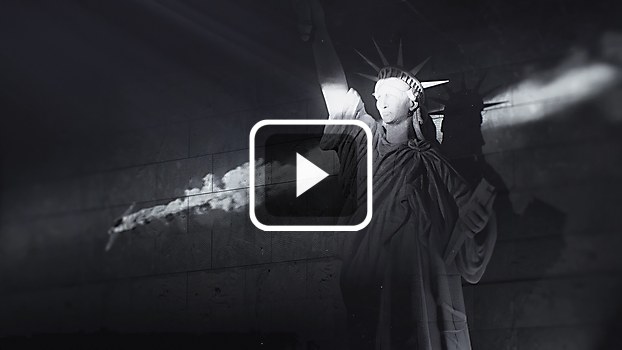 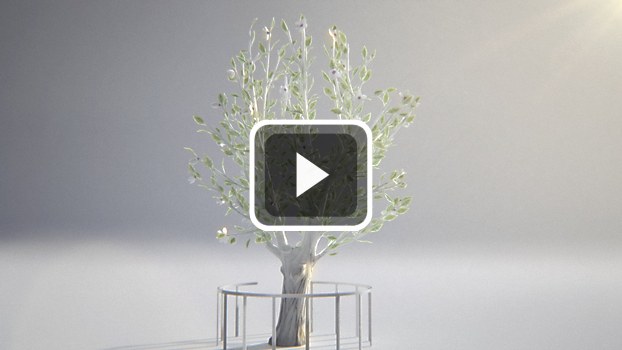 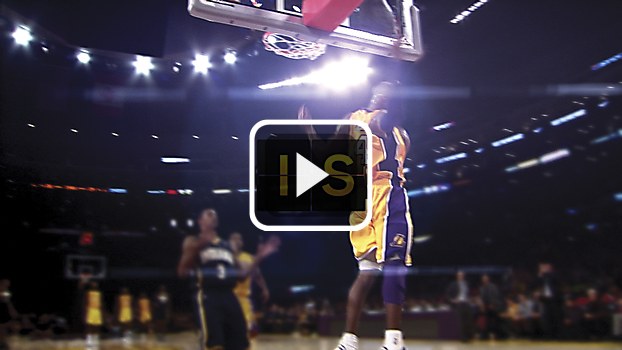 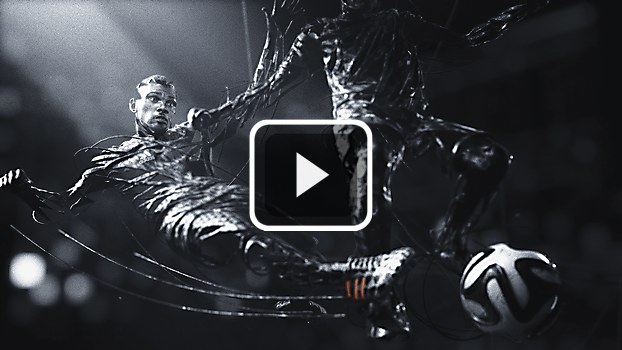 A NARRATIVE THREAD
Indeed, it is a common interest in visual storytelling that unites Elastic’s talented filmmakers. Each looks for ways to connect strong narratives in the projects they take. Clair’s Emmy-winning titles for the HBO series True Detective, for example, evoke the apocalyptic subtext of the story and its themes of sex, death and alienation. And the titles for HBO’s Carnivale, directed by Wall, established not only the themes of the series—the turmoil of the Depression era, a super­natural struggle between good and evil—but also the detailed production design that became a hallmark of the show.

Contrast that approach with, say, Fox Network’s Gotham (perhaps the most design-driven drama on TV), which eschews a credit sequence for a typographic logo and musical sting, and you can begin to see just how much Elastic’s titles contribute to an overall production. “It all comes down to the storytelling,” says Hall. “When I’m looking at jobs, that’s really important: the ability to tell some kind of story.” And when a strong narrative is lacking, as is often the case with commercials, Elastic’s directors will find one—or invent one.

Hall did just that on animated public service announcements he recently directed for the American Red Cross. The brief called for typographic animation to reinforce the message of the voiceover, but Hall felt a relatable character was needed to connect with viewers. He pitched an animated character, dubbed “Fred,” that combined several of his favorite techniques: Claymation, cardboard cutouts and CGI animation. One Fred spot went on to win an award at the Annecy International Animation Film Festival in France.

There’s something great about having different companies under one roof, where you have best-of-breed under each banner working together.”—Angus Wall

Elastic’s penchant for storytelling, even in situations where there’s no obvious story to be told, also shows in the now-iconic titles for Game of Thrones, which change subtly to reflect twists in the plot and the introduction of new locales. HBO producer Carolyn Strauss recalls the initial challenge of creating that sequence: “We have this enormous, complicated fantasy world that we need to describe to our audience.” Strauss received a variety of concept pitches, including parchment maps and a raven flying around Westeros, the story’s realms. But from Wall and his Elastic team, says Strauss, came something unexpected: a mechanical toy world crafted by monks inside a large bowl. “It was very complicated and yet simple at the same time,” says Strauss. The ever-changing toy world reorients the viewer each week and reinforces the idea that there’s a great game playing out in the series. It fulfills the brief, but in true Elastic fashion, it suggests its own narrative, too.

Strauss, who has worked with Elastic on multiple projects, says she never tires of watching its title sequences: “They’re just constantly interesting, provocative. They take you on a little journey. You get this feeling of propulsion, which I think is such a great way of getting into a show.” And Strauss says it’s not just the final result she likes; she has enjoyed the process of working with them, too. “It’s fun, it’s stimulating, it’s exciting. There’s no drama. They’re just really, really great creative partners.”

A HISTORICAL THREAD
When he started RPS in 1992, Wall didn’t plan to create a design firm. He was a film editor who, by his own admission, needed a place to work. He had helped create the main titles for David Fincher’s Se7en, a sequence that added to the film’s story by suggesting the killer’s sinister planning long before he appeared on screen. That project hooked Wall on main title design, an area he has continued to explore even as his editing career has taken off.

In the 1990s, Wall went against industry trends by adding digital visual effects to RPS’s repertoire, which in turn prompted the founding of a52 in 1997. Wall and his cohorts realized they needed a third company in 2004, when he and a52 designers Patrick Murphy and Vonetta Taylor won their second Emmy. “It was a light-bulb moment,” says Wall. “We needed a full-service motion design company that offers soup-to-nuts creative across a broad range of media: print, motion graphics, traditional animation—including stop motion—CGI animation and visual effects, even sound.” Their answer to that need, Elastic, eventually launched with just Wall, Murphy and Andy Hall.

Whereas a lot of companies overshadow the individuals, we try to create a culture where the artists are able to shine, and that makes us stronger on the whole.”—Jennifer Sofio Hall

Of the business evolution, Wall says, “There’s something great about having different companies under one roof, where you have best-of-breed under each banner working together.” And this is a key to Elastic’s pitch. They tell clients that no other motion design firm can match Elastic’s artists in all three key areas—editorial, visual effects and design.

A TIGHTLY WOVEN THREAD
Regardless of which director is involved, Elastic’s communal approach carries over to its interactions with clients. “What I love about Elastic is that it really feels like family,” says Sarah Patterson, executive integrated producer at TBWA\Chiat\Day, who worked closely with directors Hall and Clair on spots for adidas that aired during the 2014 World Cup.

This family vibe is simply a matter of extending the company’s inclusive philosophy to the client. “If they feel that they are part of the experience, part of the process, they’re much more likely to work with you rather than be totally reactionary to the work you’re producing,” Hall says. He doesn’t want the client to feel like he’s making the piece for them, but rather that they’re all making it together. Patterson says adidas loved that. “It felt more personal,” she says.

Elastic is growing—it recently expanded to a second building adjacent to its Santa Monica headquarters. But the company is cautious about moving farther away than next door. Elastic’s strong community and its model, emphasizing talent instead of an overarching house style, is not something that can simply be cloned. “We’ve been asked multiple times to replicate the entire business in other cities,” says Linda Carlson. “Very prevalent at the moment is China. But maintaining the artistry of the business is much more important to us than just planting our name down in another location.”

At home in the Graffiti Building, Elastic, RPS and a52 recently invited RISK back to repaint the building’s fading exterior. Rather than asking the artist to simply freshen up what was there before, they requested that he start over from scratch. “There’s lots of space for [the building] to be retagged now,” Sofio Hall says, which expresses “the idea of things evolving and growing and changing.” Elastic’s building, like the company’s future, won’t be the work of any single person—it will be as beautiful and exciting as the artists that make it. ca

David S. Cohen (dscohen.com) is an award-winning reporter and editor for Variety, where he produces and hosts the Artisans video series. His fourth book, on the making of Terminator Genisys, was released in July 2015. 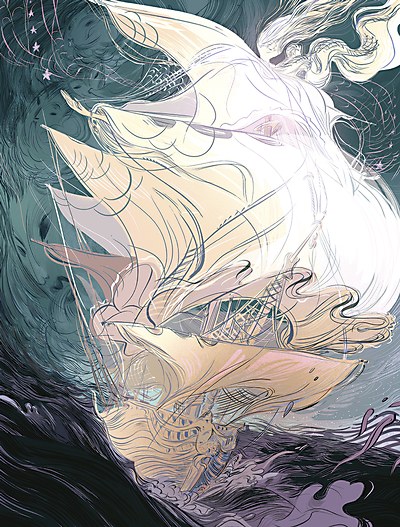 Features / Illustration
Wesley Allsbrook
In spirited lines and saturated inks, an illustrator in New York wields drawing as her superpower. 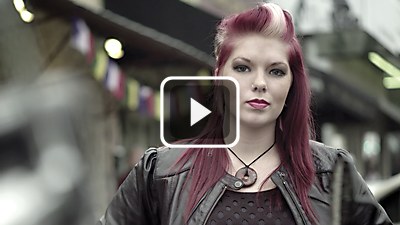 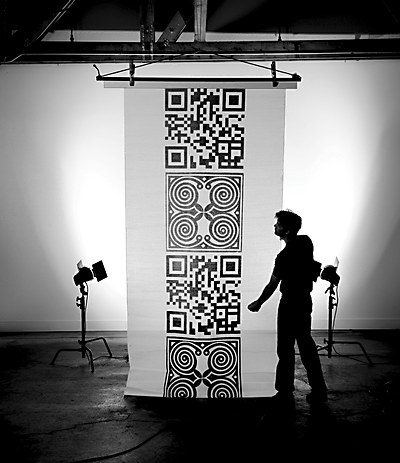