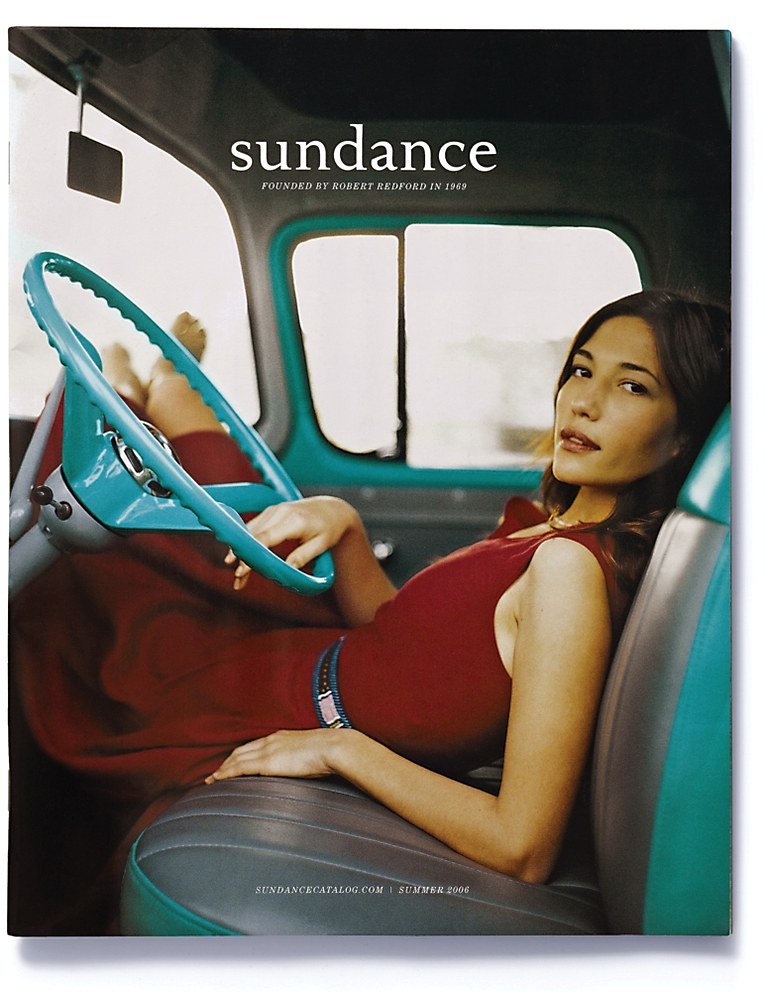 The smart, sophisticated work of this San Francisco firm shines—like the North Star.

Ask Jennifer Jerde why she started her own design firm after less than a year of working for hire and she'll tell you she fell in love with a dog. "I was art directing a photo shoot for Levi's and there was this amazing working dog, an incredible animal. The trainer said, 'If you like, you can have her puppy, it's not really fit for television.'" Jerde had a great job at a San Francisco design firm, but staying close to home to care for the dog became the catalyst to start her own studio.

Jerde's firm, Elixir Design, is now in its sixteenth year. Based in San Francisco with a staff of fourteen, Elixir's black office building is the kind of place city travelers note as they drive down Van Ness Avenue, a busy gateway to commerce, and cross Broadway, the gateway to nightlife. Once inside, the 4,000-square-foot office has a surprisingly low-key ambience with quiet furnishings and the warmth of a home-albeit one that displays intriguing posters of human organs and anatomy.

Specializing in brand strategy and design, Elixir also adds identity and collateral projects to its portfolio as well as catalogs, packaging and Web design. A visit to the studio might include a scene of quiet intensity, smoky jazz floating from speakers and staff members moving their projects forward; a return visit may find that half are off at a photo shoot, a location scout or on a search for exotic materials. Elixir puts its own perspective on all these diverse activities, using their custom approach to branding that informs the work they do.

Every single person on their team is of a like mind. I've had different people handle different projects and they approach them in a similar way. They really are all artists." —Stanlee Gatti

Elixir's strategy is more than the creation of a logo. Its mission is to go deeper, to explore all the levels of awareness where brands are perceived. "A brand could be the customer service phone call as much as it is the logo, the brochure, the thing," says general manager Kyle Pierce. "It's what's in people's minds." Elixir conceived what they call their North Star approach after finding that the branding documents they received from clients were so generic that they could have easily applied to any of their competitors. In contrast, Elixir's design team gathers data from client interviews and workshops, as well as the clients' customers. They probe to get beyond vague terms, such as creative or innovative, to reach highly specific feelings. Part psychology, part R&D and part interactivity, the goal is to help a company that's already doing something well, do it better. "We're here for people who believe they have something special, some service or product, and they want people to understand," Jerde says."That's where our sweet spot is."

Nancy Park, CEO of Naturopathica, a premium botanical skincare line, uses the terms humbling, edifying, completely authentic, when she describes working with Elixir on a variety of branding projects. "They are brilliant visual and verbal translators, expert communicators, both senders and receivers," she says.

"The North Star process...consistently propelled our team to a higher bar and more distilled truths."

These truths are found by mapping out hundreds of keywords garnered from their investigations to differentiate the brand's product or service. The team then conducts workshops with the client and makes the strategy physical by pinning ideas written on strips of paper to a board running the length of their conference room. Continuously combining and refining the groupings, word matrices are formed until a hierarchy of importance reveals a maximum of five clear ideas. "We spend a lot of energy making the ideas in marketing jargon understandable and useful," Pierce says. "These hierarchies are a strategic part of identifying and clarifying the authentic qualities that make a company unique and suggest how they want to be recognized."

We're here for people who believe they have something special, some service or product, and they want people to understand. That's where our sweet spot is." —Jennifer Jerde

Ultimately, it's not just about design. Elixir also provides content, creating messaging for their projects with the help of talented writers, including Rich Binell, Alyson Kuhn and Adrian Lurssen. When the process is completed, the client receives a binder with the full commentary, analysis and recommendations for their customized branding strategy. "We clear up a lot of confusion for them," Jerde explains. "After working with us, people have the sensation of being super grounded and they can operate from a position where their ducks are in a row."

"I don't think there's anybody like them," says event designer Stanlee Gatti, with a laugh. He has worked with designers Aine Coughlan, Nate Durrant and Syd Buffman on promotional projects that include the Artists Ball Six for the Yerba Buena Center for the Arts (YBCA) and The Modern Ball for the SFMOMA. Gatti's appreciation for offbeat materials and textures encouraged the designers to use a ball of crumpled paper for the Modern Ball's logo and encapsulated silver marble dust for the YBCA. For the long-awaited opening of the California Academy of Sciences in Golden Gate Park, Gatti, Jerde and Coughlan brainstormed about the earliest stages of science. "Naturally, we go to the most evolutionary place we can find, which is the Big Bang," Gatti says of the Academy's invitations.

Gatti enjoyed the double entendre of the Big Bang title, tying together images of space and constellations with the impact of an opening. "You'd open up [an invitation] and one page was printed on different recycled images from Scientific American and each invitation was different," he says of the coordinated announcement and response card. "Another one was printed on a piece of tin foil. It's more than just getting the point across. They actually get the feeling across in what they do."

"They get it" is a frequent comment heard from Elixir's clients whether they worked together for one day or received the full seven-week strategic plan that includes three workshops. Eddie Carden, CEO of Golden Star Tea Co., is a believer. He approached Elixir about a beverage he wanted positioned with the mystique and luxury brand aesthetics that would have been found at Rick's Café, the fictional bar in Casablanca. "We told this really elaborate story (about the product) and what was so great was that they kept bringing back iterations of this vision. It was the same story, but encapsulated in their way," Carden explains. "When we show the package to people, they tell us the same story without receiving any background on the company."

Elixir also has a substantial catalog and direct-mail business and their clients include Gump's, The Body Shop, Restoration Hardware and Sundance. "With catalogs, we're working with one client over and over for many, many years and they're analyzing results," Pierce says. "Not only do you get a very quick read on the numbers, but also a sense of what works and what doesn't work over time. There aren't many other project types that do that besides the Web." Designing such immediate-response materials demands a high level of conscientiousness about the effectiveness of their work. "We question assumptions," states Jerde. "What are the tools they really need? Maybe they don't need a logo. Maybe they need to sit down and write some letters to their customers. Maybe it's a really good holiday gift. We figure out what they don't need as much as what they do need."

Elixir's holiday gifts have been so well received that Jerde thinks they're the most effective marketing tool they have. "I can't tell you how many times a new client will refer to a gift we sent them," she says. Their gifts—the calendar, T-shirt, the twelve-month seed packets and the indexed cookie box convey that the company is fun, thoughtful and able to deliver something that delights. It's a chance each year to communicate with people, present and past, while introducing themselves with a personal note to a few select prospects they would love to meet. "We decided the gifts were more effective in this way than quarterly newsletters," Jerde explains. They make a personal connection that often translates into a phone call or a thank you note.

As highly collaborative projects, the holiday gifts involve the entire staff and underscore the camaraderie that is key to the company's success. For Jerde, developing the business and finding the right mix of people is a highly organic process. "I look for people who know what to do when they're given time and who have the stamina, interest and desire to make it better. Not, 'It's good enough.' For the past ten years I've realized what I have—the idea that you get to spend this much time with people you really care about, who enjoy one another's company and are excited about what we're doing." The chemistry of the Elixir Design team is not lost on their clients. "Their level of creativity is the level at which I like to work," says Gatti. "Every single person on their team is of a like mind. I've had different people handle different projects and they approach them in a similar way. They really are all artists." ca 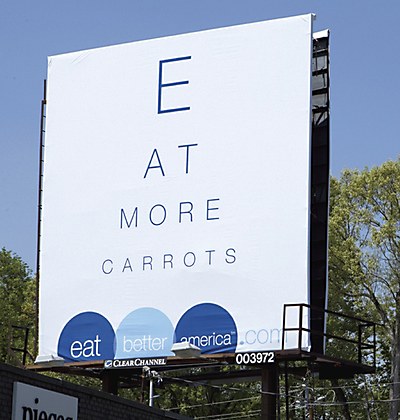 Features / Advertising
mono
A Minneapolis agency that stands for simplicity. 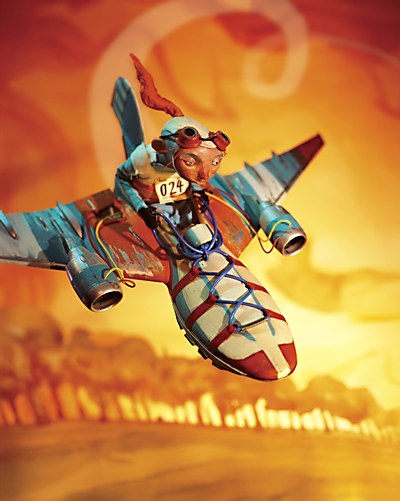 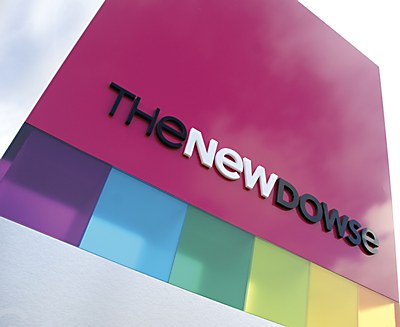