The creatives at this ad agency’s four global offices focus on concepts that the heart can easily understand. 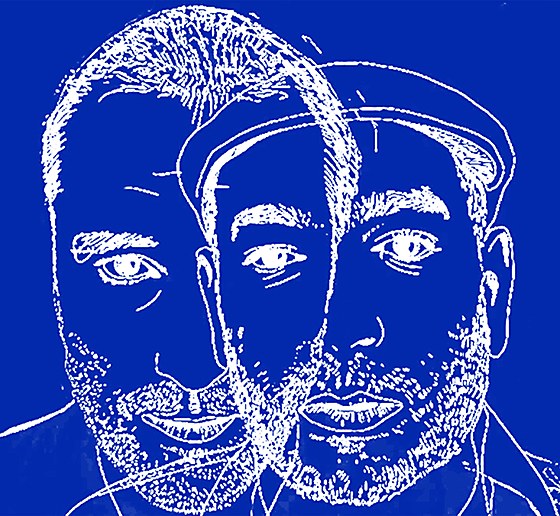 “We truly believe the human heart has a brain,” says Raillard, whose agency employs 150 people in four international offices: Paris, Shanghai (2012), New York (2015) and Los Angeles (2017). “You can literally think with your heart, if you try. For that, you must transfer your energy from your brain to your heart, and allow yourself to be an emotional thinker. Emotion is the best sensor, and it’s the best creative director.”

Emotion also sets the tone for FRED & FARID’s workplace culture, which is described as a mix of “the French sense of craft and taste, the Chinese sense of tactic and digital, and the American sense of vision and strategy.” The element that strings all three together, says Raillard, is emotion. “It’s our compass.”

Being guided by emotion may seem antithetical in a marketing world increasingly ruled by numbers. But the approach is key for an agency that’s relentlessly focused on creative and grounded in its roots.

“Our secret sauce has many ingredients, starting with the talents of the unique people with us. But in addition to that, our group was founded by two creative guys, and each FRED & FARID office has a Creative CEO,” says Raillard, who, along with Mokart, held creative roles at major agencies in their native Paris, as well as at BBH London and San Francisco’s Goodby, Silverstein & Partners, before launching their own agency in 2007.

“The final decision is always made by a creative, on every single topic,” continues Raillard. “This makes a major difference compared to some other agencies that look creative, but where the lead is an account person or a financial guy. And this is a constant battle for us. Creatives must lead this industry again.” 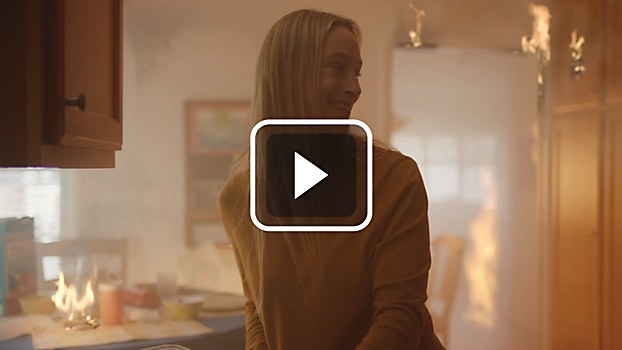 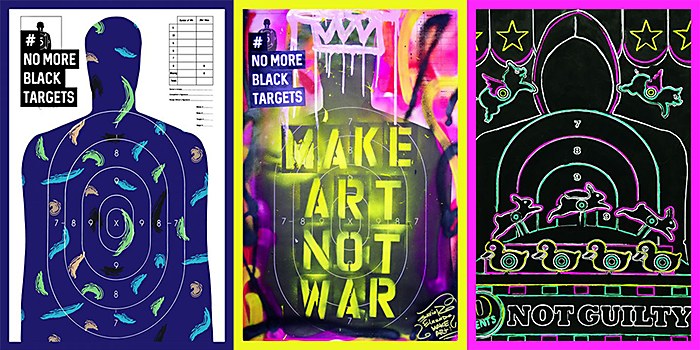 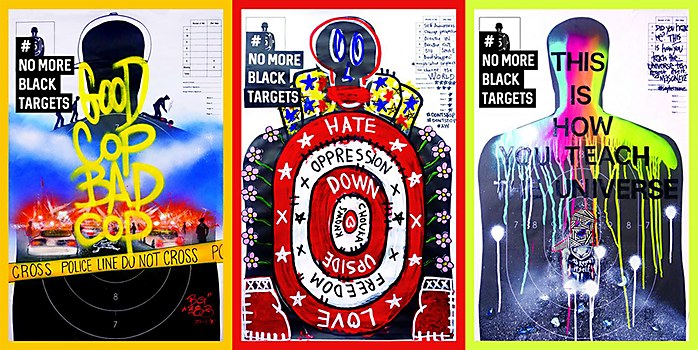 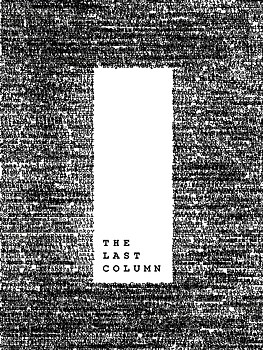 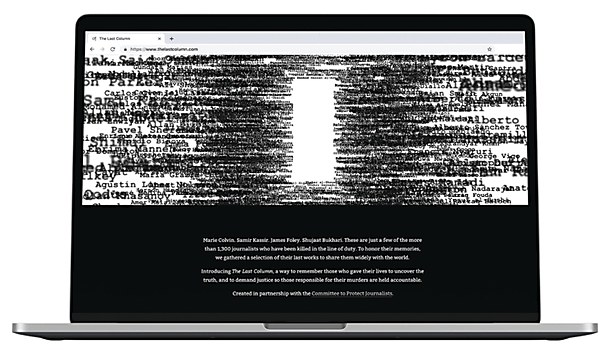 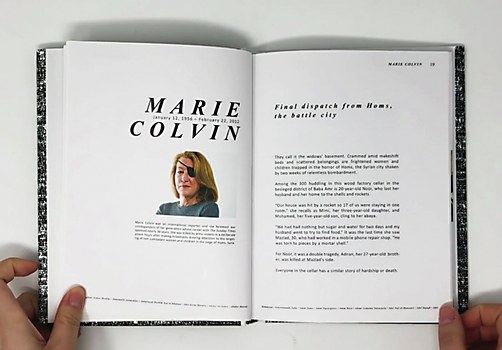 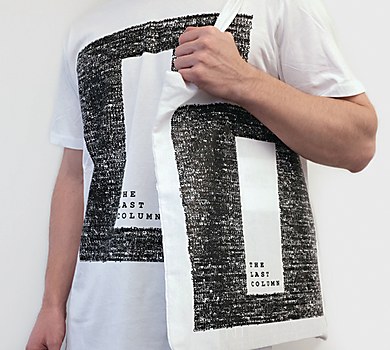 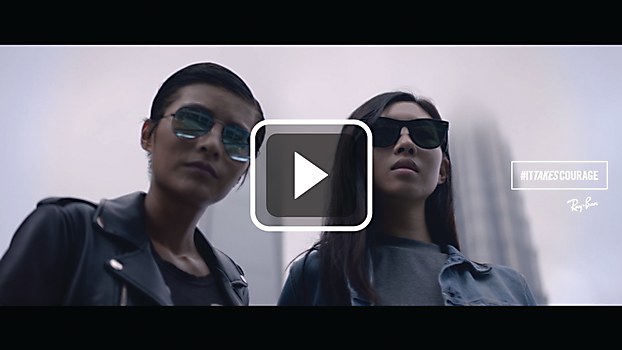 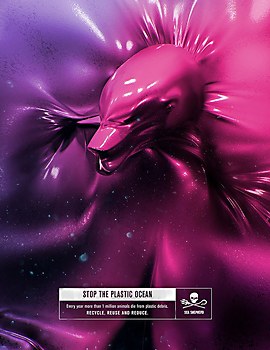 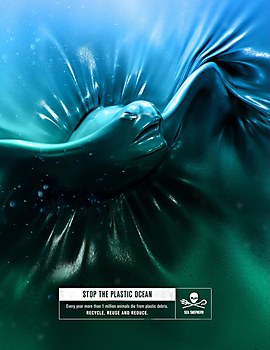 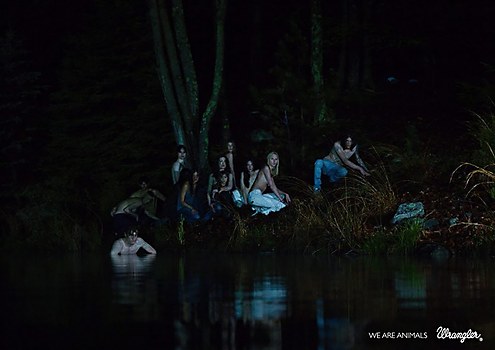 FRED & FARID’s staunch, creative-first ethos has clearly worked, and it continues to drive the agency’s success and notoriety. Over the years, FRED & FARID has worked with more than 250 brands across 30 sectors, including luxury, apparel, technology and telecommunications. The agency has also amassed hundreds of international awards and industry titles, including numerous Cannes Lions awards and Ad Age’s International Agency of the Year, awarded to the Shanghai office in 2016, and Gold Newcomer of the Year, awarded to the Los Angeles office in 2020.

While FRED & FARID’s capabilities include creative consulting, brand strategy, branding, content and social activation, Mokart says the agency’s staffers are “radical listeners and media agnostic.” “They don’t apply methods or formulas, but rather adapt and tailor their work to a brand’s respective genre and business challenge—from branding, tech, social media, content or innovation solution,” he says. “The process is more ‘couture’ than prêt-à-porter.’”

Mokart adds that to solve those core business challenges, the agency needs to have close, collaborative partnerships with its clients. Because of its smaller size, FRED & FARID can do just that. “As a creative boutique network, we are small and intend to stay small,” he says. “To us, this allows for human scale, creative quality control, maintaining a sense of craft... and it allows us the ability to build proper partnerships, grounded in trust, with our clients. We try to find ideas that can change the world.”

This was certainly evident in 2020, when real-life issues became the subject of a few notable campaigns FRED & FARID designed to help create change. For example, the agency developed a campaign for Fridays for Future, the global climate strike movement started by teenage activist Greta Thunberg. The spot portrays a family going about their morning routine, acting as if everything is normal, despite fires burning all around their house. Released on Earth Day, it was inspired by Thunberg’s famous quote on climate change: “I want you to act as if our house is on fire. Because it is.”

n the fall of 2020, FRED & FARID partnered with outdoor advertising company JCDecaux to address the emotional weight many Americans were collectively feeling during the pandemic. Positive and encouraging messages were displayed on JCDecaux’s digital street-furniture network in four US cities: New York, Los Angeles, Chicago and Boston. Under the tagline “We keep going,” the agency crafted 150 slogans promoting resilience and embracing the spirit of each city, like “The sun will shine again,” for Los Angeles; “We’ve had tougher winters,” for Chicago; “We waited 86 years for a World Series win. We keep the hope alive,” for Boston; and “Big Apple bites back,” for New York City. FRED & FARID also made the posters available online to browse, download or print.

Jean-Luc Decaux, president and co–chief executive officer at JCDecaux North America, says his company had a great collaborative approach with FRED & FARID. “The circumstances and the brief were unique, but the team responded brilliantly with great passion,” he says.

You can literally think with your heart, if you try. For that, you must transfer your energy from your brain to your heart, and allow yourself to be an emotional thinker.” —Fred Raillard

When FRED & FARID isn’t trying to change the world, it’s challenging the status quo for its clients—and delivering results. For Hewlett-Packard (HP), for example, FRED & FARID connected with a Generation Z audience to showcase technology intended to make them feel safer, more connected and inspired. Its global Keep It Human campaign, which launched in 2019, conveyed HP’s belief that humanity should lead technology—not the other way around. The first commercial featured a cast of around 20 young people, not actors, authentically living everyday experiences with their laptops, in true moments and in honest ways.

Supporting HP’s premium personal computer category, the initial push was launched in fifteen countries and featured more than 400 individually produced assets across broadcast, digital, social, print and OOH. According to FRED & FARID, HP saw a significant uptick in premium laptop sales, and the brand received an overwhelmingly positive lift in consideration and preference among the Generation Z target audience.

HP’s Meant To Move campaign followed in 2020 and featured recognizable influencer talent who demonstrated that on-the-go youth don’t need anything slowing them down. The campaign culminated with “The Most Fabulous Unboxing,” a video featuring beauty influencer and social media personality Bretman Rock.

“FRED & FARID helped us push outside of our comfort zone to connect Gen Z with our newest device,” says Aki Martin, global marketing, HP. “Their knowledge of the Gen Z audience and the social channels that they thrive in emboldened us to take on a fresh approach to influencer marketing. We believed in Bretman Rock’s authenticity and his deep connection with his followers. And together, we reinvented the unboxing video to be more entertaining, informative and relevant.”

“By sharing, you have power, meaning we build upon the idea to see where it can go and ultimately reach the most unexpected output. No one is a full-time genius, but together we are.” —Farid Mokart

Bringing humanness to a tech company isn’t a stretch for FRED & FARID—the agency has a similar “keep it human” sentiment built into its culture. “We love technology, but we love people more,” says Raillard. “Our talent is to attract the most talented creative people to us—and the most original personalities. We nurture and grow creative talents, like a tree nursery. We act like a human accelerator, inviting them to become who they are. We don’t need to create programs or policies aimed at maximizing employee happiness.”

Its pursuit of creative excellence also means fostering a strong sense of teamwork, even though employees are spread across different cities and time zones. There are international teams for almost every client, and Mokart says the four agency offices are “super connected” and operate like one single agency. “Our leadership is about connecting human spirits on every level, in every single way,” he says. “We connect about projects and life in general in person [before COVID], in WeChat groups, WhatsApp chains and now on Zoom. We constantly think together. We don’t think in a silo.”

Across all four offices, agency leaders encourage staffers to share out in the open and not keep their thoughts and ideas to themselves. “By sharing, you have power, meaning we build upon the idea to see where it can go and ultimately reach the most unexpected output,” says Mokart. “No one is a full-time genius, but together we are.”

Their emphasis on teamwork is also evident in how Raillard and Mokart approached their expansion plans over the years. The founders have personally opened each new office and have moved their lives and families to each new city. Raillard moved from Paris to Shanghai and, later, Los Angeles, where he currently resides, while Mokart made the move from Paris to New York, where he currently lives with his family.

“We’ve created our international boutique network organically,” says Raillard. “We go slow. We give a lot of attention to implementing our DNA within each office. We could have developed much faster, with external growth and acquisitions, but that would have been against our values.”

As for FRED & FARID’s next chapter, it’s not about expanding the network’s geographic footprint, but staying true to creative integrity. “The most important thing is to be proud of our work, whatever the industry or the client thinks about it,” says Mokart. “This is what makes us happy in the end—the feeling of doing the right thing, creatively. We want to be proud of every single piece of work we produce. It’s impossible, but it’s a utopia worth fighting for.” ca

Rebecca Harris is a former longtime writer and editor at Toronto-based Marketing magazine. She is currently a freelance writer for a variety of business publications and B2B companies. In this issue, she reveals how ad agency FRED & FARID has taken global expansion at its own pace.