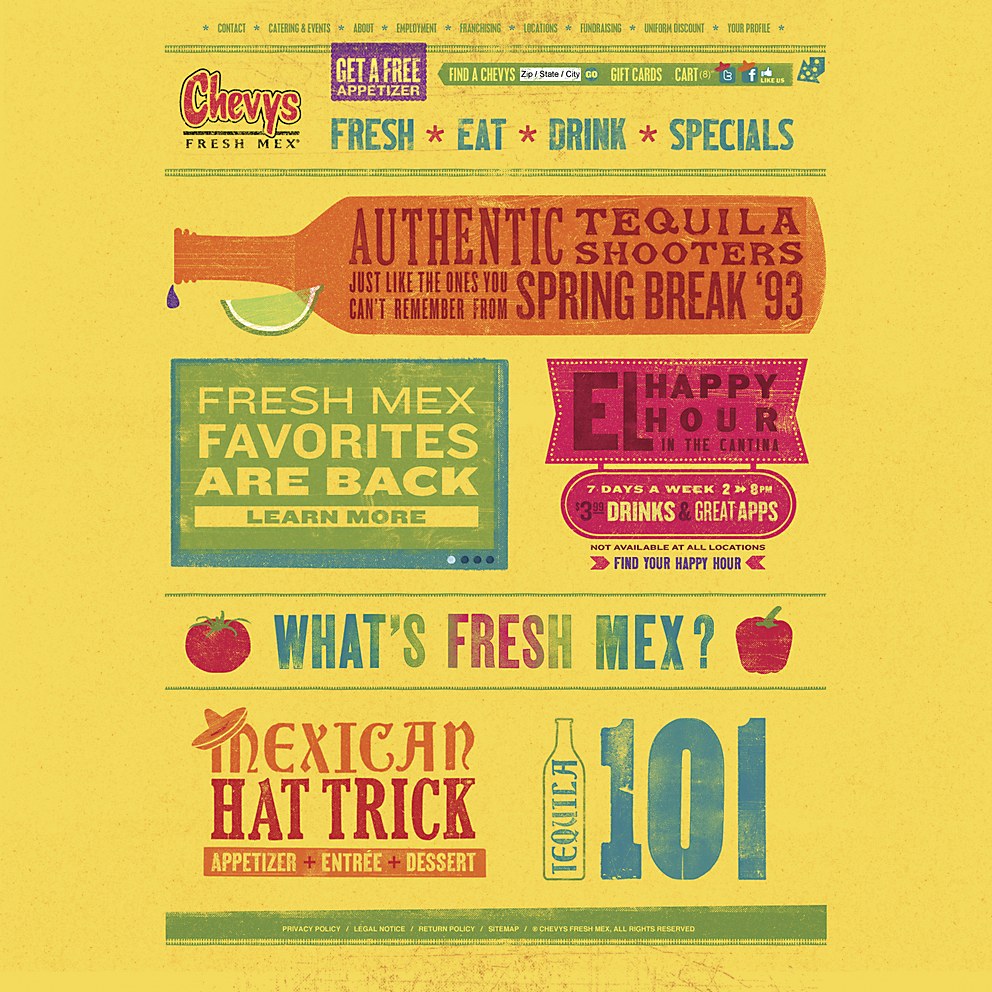 An integrated creative agency stays agile and on target for its range of clients. 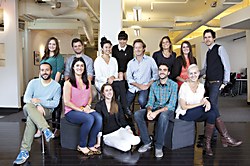 Advertising gets a new business model. For the last 30 years, advertising had been defined by behemoth agencies that stride the earth like colossus, gobbling up smaller shops in an effort to maintain a creative edge, gain a global footprint or achieve operational efficiencies. In their quest for world domination, they overlooked a potent strategy. Call it hub and spoke. Or just call it Hub Strategy.

That’s what DJ O’Neil, founder, creative director and CEO did. Eleven years ago O’Neil was partner in a small shop in San Francisco called Seidel O’Neil and teaching classes in integrated marketing at the University of San Francisco. “I looked around and realized,” O’Neil remembers, “the ad agency I currently owned couldn’t deliver true integrated marketing and advertising, and neither could anyone else.”

So with two employees, a handful of clients from his old agency, O’Neil founded Hub Strategy, based on a new idea for an agency model. Founded on a best-of-breed approach that matches freelance creative specialists with client projects, Hub Strategy brings together world-class talent to work on advertising campaigns for clients ranging from Microsoft, Google, Slingbox, the Oakland A’s and the University of San Francisco.

“For the last ten years, our clients have said we are the agency model of the future,” O’Neil says, knowing full well just how ironic that sounds. “Well ten years later, the model works. Our first big client was Slingbox—they were the first to let us put the fully operational Death Star to work; we did their go-to-market plan, media planning and buying, their user instruction manual, initial channel marketing, packaging, websites, video and digital, TV, radio, social, out-of-home. That attracted a lot of attention and helped bring in marquee clients like Nike, Microsoft and Google.”

The problem with trying to do truly integrated advertising and marketing within the traditional advertising agency structure is that, according to O’Neil, “The economics just don’t work. Let’s say you have to do TV, radio, print, digital and packaging for a client. If you want to hire creative specialists who are great at all these different things as full-time employees, the economics get very expensive. So what happens is that agencies will put people on the task that aren’t necessarily great at it. 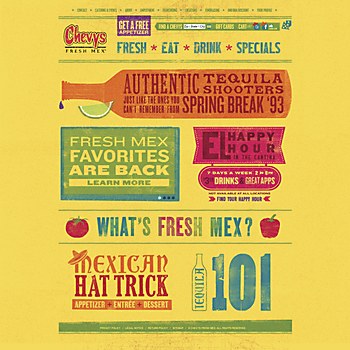 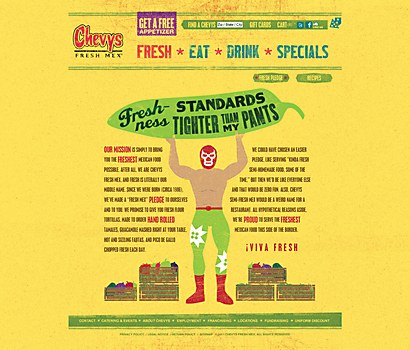 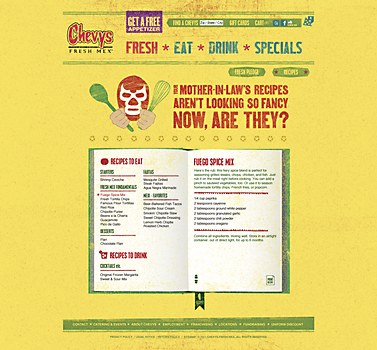 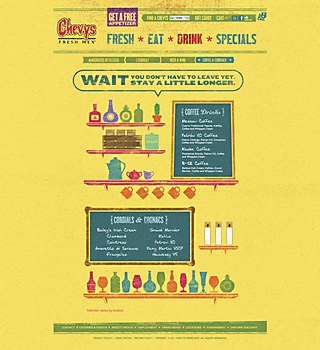 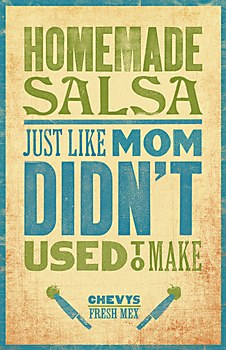 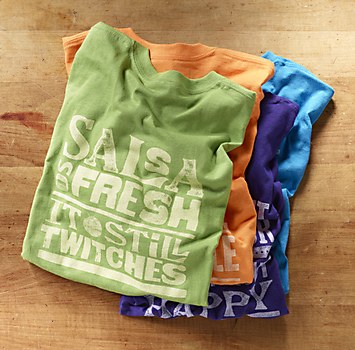 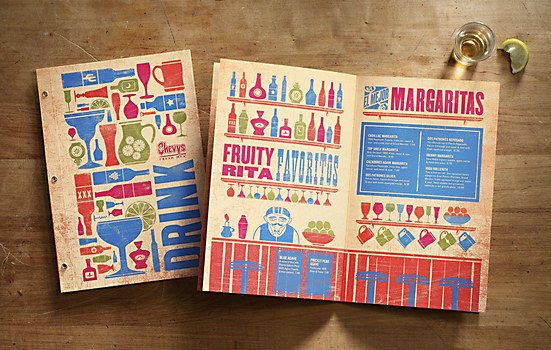 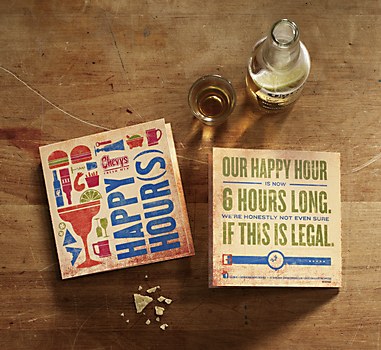 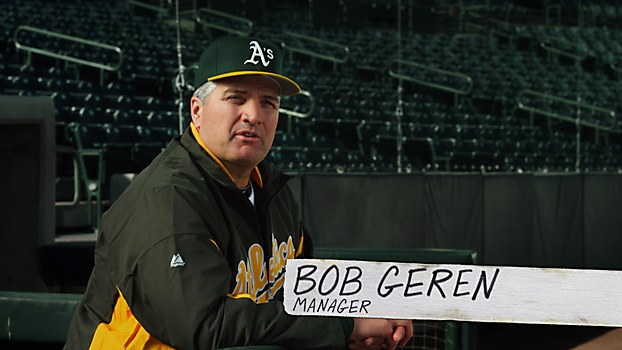 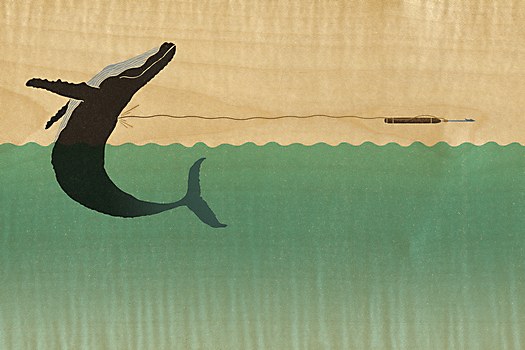 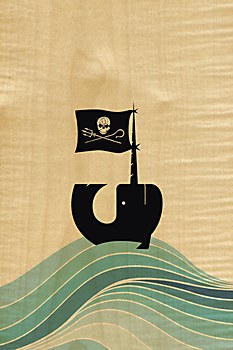 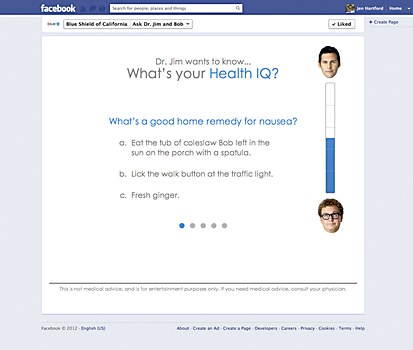 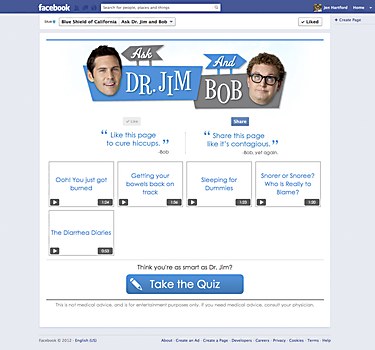 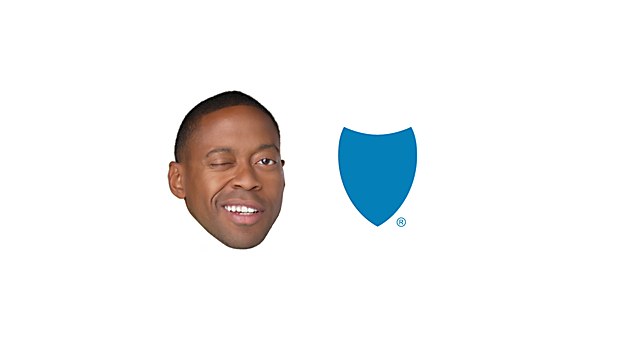 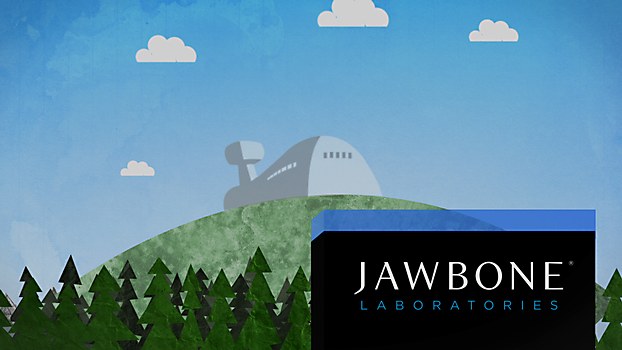 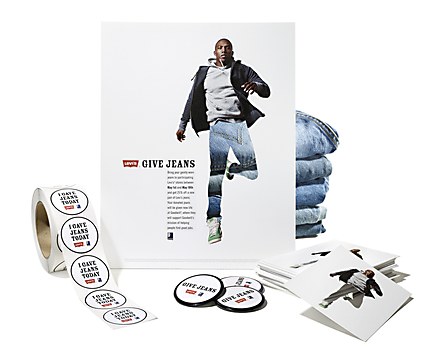 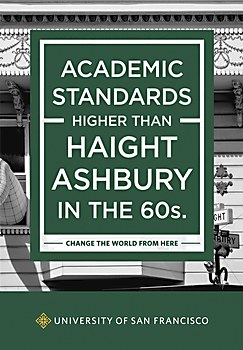 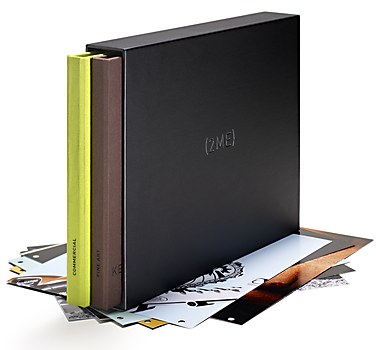 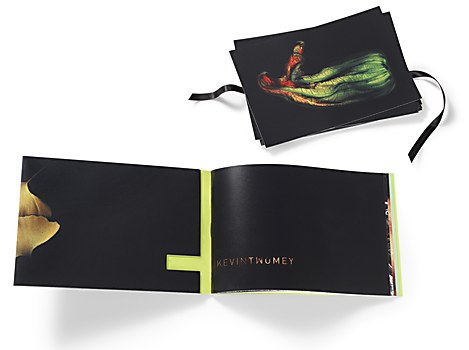 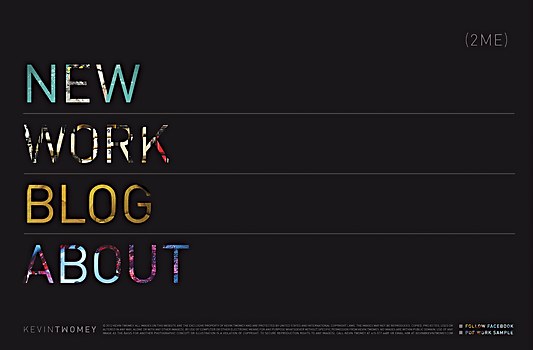 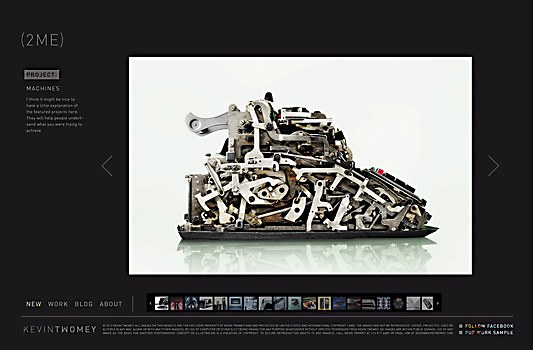 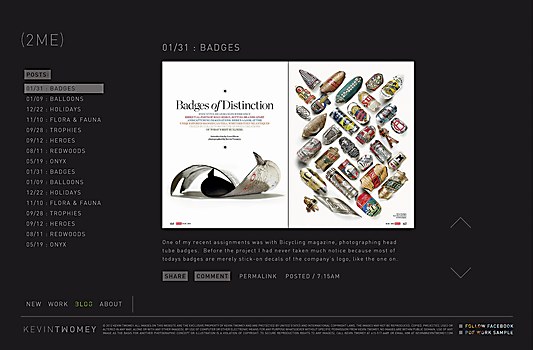 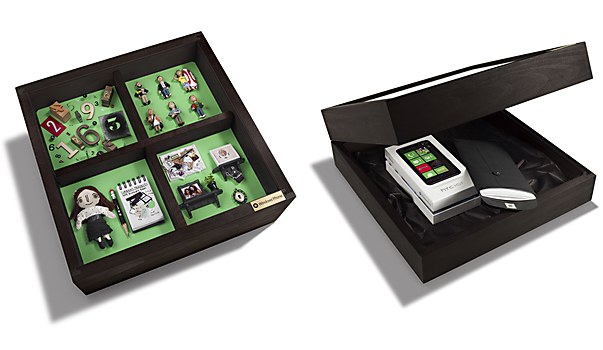 PUTTING THE MODEL TO WORK
At Hub Strategy’s offices in the Presidio, a decommissioned army base repurposed as a national park in San Francisco, a handful of full-time creative directors manage a roster of 300 to 400 freelancers around the country who specialize in just about anything a client needs. From web designers to copywriters, package designers to strategists, graphic designers to illustrators, Hub Strategy can reach out to world-class talent, send them a brief, a budget, a schedule and get to work.

The vibe is pure West Coast boutique agency. Award statues and citations are scattered in a corner. Instead of a wall of larger-than-life-sized posters of work, Hub Strategy boasts a wall of refrigerator magnets. Nine surfboards adorn one of the hallways. The longboards are for the heavy surf at Ocean Beach. The short ones for carving the summer sets at Bolinas. O’Neil jokingly explains that since the boards are decorative, they can all be expensed. When asked which surfboard is his favorite, he turns serious. “The one that’s on my car.”

The key to making this work? “Complete and utter transparency,” says O’Neil. “Our position to clients is that you get creative talent working at a level you would normally only get for a huge budget with a large agency. You get big agency creative at a mid-level price with small agency speed.” Backed by eighteen full-time staffers who manage creative direction, client accounts, projects, production and billing, clients get the creative output of a large agency, without the built-in layers and cost. “Only one potential client we’ve ever had said, ‘This is impossible!’” O’Neil remembers. “I was like, ‘Dude, we’ve been doing this for seven years. Have you seen our book?’”

Peter Judd, Hub Strategy co-creative director, chimes in, “As a model it works because we can give choice projects to our freelancers. Ninety-five percent of the work that comes in our door has the potential to be award-worthy portfolio pieces. And if we don’t produce something of that caliber, then I feel I’ve failed as a creative director.”

The process for producing work is basically the same across disciplines, whether it is website design, a print brochure, an ad campaign or a television spot. “Once we write up a brief,” O’Neil says, “we send it out to five or six creatives,” who know they are competing for the assignment. For example, on a logo project, the designers Hub chooses get the same budget to work with, and all are compensated for their efforts. Based on their interpretation of the creative brief, designers present their initial concepts. “Peter will look at which designs have merit conceptually,” O’Neil explains, “then ask for further refinements before presenting the strong-est designs to the client.” The client selects the design they prefer, and the chosen designer stays with the project through completion.

If you want to make advertising that’s safe, go right ahead. For a marketer, that’s very unsafe behavior.”

IF YOU CAN’T MAKE ’EM LAUGH, YOU CAN’T MAKE ’EM BUY
At the center of Hub Strategy is a core of humor. Ranging from cheeky wit to outrageous comedy, O’Neil’s philosophy is to cut through the clutter with humor. The official motto is “Safe is Unsafe.” Unofficially, it might be: Don’t be boring.

By way of explaining Safe is Unsafe, O’Neil points out the hundreds if not thousands of advertising messages we are bombarded with every day. Those are “summarily ignored,” he says. Why? Because they are safe. Boring. Predictable. And just like every other ad we’ve ever seen. “If you want to make advertising that’s safe, go right ahead,” O’Neil offers. But he warns, “For a marketer, that’s very unsafe behavior.”

As a proof point, O’Neil runs the spot Hub Strategy created for Slingbox, a company that makes the equipment that lets you watch TV on your laptop or mobile device. In a commercial for Slingbox that features Blake Krikorian, the Slingbox CEO, Krikorian is captured by aliens, brought aboard a space ship and shown three devices. He can take any one back to earth in exchange for a some “market research.” The devices include a handheld nuclear power generator, a cure for global warming and a prototype for Slingbox. “I’ll take this one!” he says, delightedly grabbing the Slingbox. Of course that results in a brief medical exam, which, you guessed it, involves an anal probe. It is tasteless, uproariously funny and impossible to ignore. And because it is pitched to an audience of predominately male high-tech consumers, it is totally appropriate and on target. These people are in on the joke, so it’s not shocking. What is shocking is that Hub got away with it.

To make his case, O’Neil explains, “We believe in entertaining while you sell. The bar we are trying to reach isn’t set by advertising; it’s set by entertainment. If you fundamentally believe the brand is the sum of its parts and people buy brands because they love them, even the communications wrapper—which is how you look and how you talk—has to be loved. Apple taught the world you have to look good. My job is to merge the looks with a really strong voice, and make an emotional connection.”

ADVERTISING THAT ANSWERS TO A HIGHER CALLING
When your client is a Jesuit priest, you’d think your advertising might be, well, preachy. But for the University of San Francisco, a school affiliated with the Jesuit Catholic tradition of social justice, Hub Strategy created a campaign that gleefully skewers corporate greed, at the same time it celebrates San Francisco’s unique location.

Hub Strategy beat out fourteen other agencies with a pitch that began by focusing on the competition. “We took all the clichéd imagery we could find from other universities and spread it out on a table.” O’Neil says. “You couldn’t tell one college from another. We said, ‘This is your competition.’” Hinting at the irreverent tone the campaign would take, O’Neil concluded the meeting by saying, “If you want safe communication, for the love of God, don’t hire us, because you’ll hate working with us.”

The pitch worked. For those who live in San Francisco, the campaign is hard to miss. Copy-driven street banners, bus shelter posters and billboards proclaim the promise of a USF education with wit, an insider’s viewpoint and a sensibility that speaks to today’s high school seniors. And there isn’t a cap and gown in sight.

We believe in entertaining while you sell. The bar we are trying to reach isn’t set by advertising; it’s set by entertainment."

MEET THE DREAM TEAM
Scrappy, iconoclastic, low-budget upstarts. That’s not Hub Strategy, that’s the Oakland A’s, Hub’s client across the bay. Perennial also-rans, occasional play-off contenders and poor step-children to moneyed San Francisco Giants, the A’s are made for Hub Strategy. In campaigns that now stretch back three years, Hub has swung for the fences with knowing humor and a fond appreciation for its unsung stars. The same youthful exuberance the A’s bring to the ballpark is captured in the work from Hub Strategy, starting with its tagline: Green Collar Baseball. Every baseball cliché is lovingly turned on its head, from running out walks to explosive hitters, and in “inside baseball” spots that give viewers a surreal look at the behind-the-scenes mojo that make the A’s what they are on field.

The rich media banners created for the A’s during the first year of their engagement were defined by an understanding of the way most people watch banner advertising on their computers: “They have developed banner cataracts and they don’t turn the sound on,” Judd says. “We used footage from our A’s TV shoot to fill the hopper for our rich media campaign, where we push video out as a silent movie.” The title cards present a simple story, followed by simple action without the need for voice over, sound or music. “While a rich media buy costs more, we’ve definitely seen the benefits of using video in this space.”

No matter how quirky the ads for the Oakland A’s might be (and by extension this goes for all Hub Strategy work), they are always grounded in solid strategy that produces memorable, breakthrough work. As funny, well-written and award-winning as the advertising for the A’s is, the ads would not be effective unless they put butts in the seats. Fortunately, attendance is on the rise. Since Hub Strategy picked up the A’s assignment in 2010, attendance at homes games has risen by more than 270,000.

The classic AIDA decision pyramid that stands for Attention, Interest, Desire and Action—the sequence of events consumers experience as they engage with advertising— is at the core of Hub Strategy. O’Neil explains, “You can’t get to the last A without the first A.” In other words, you have to touch all the bases before you head for home. Even the Oakland A’s know that. ca 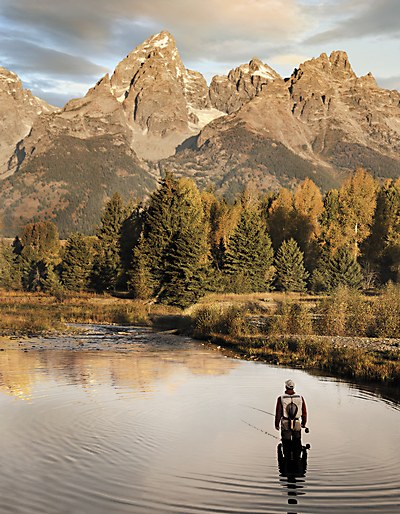 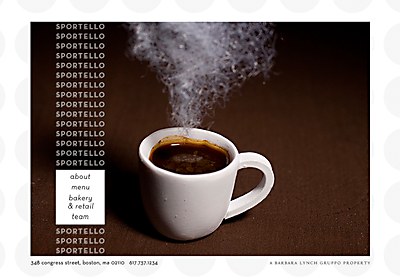 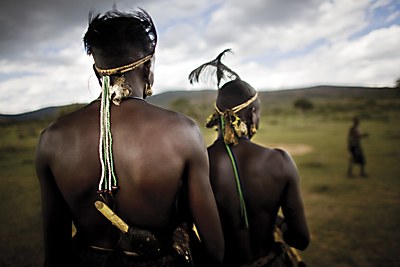