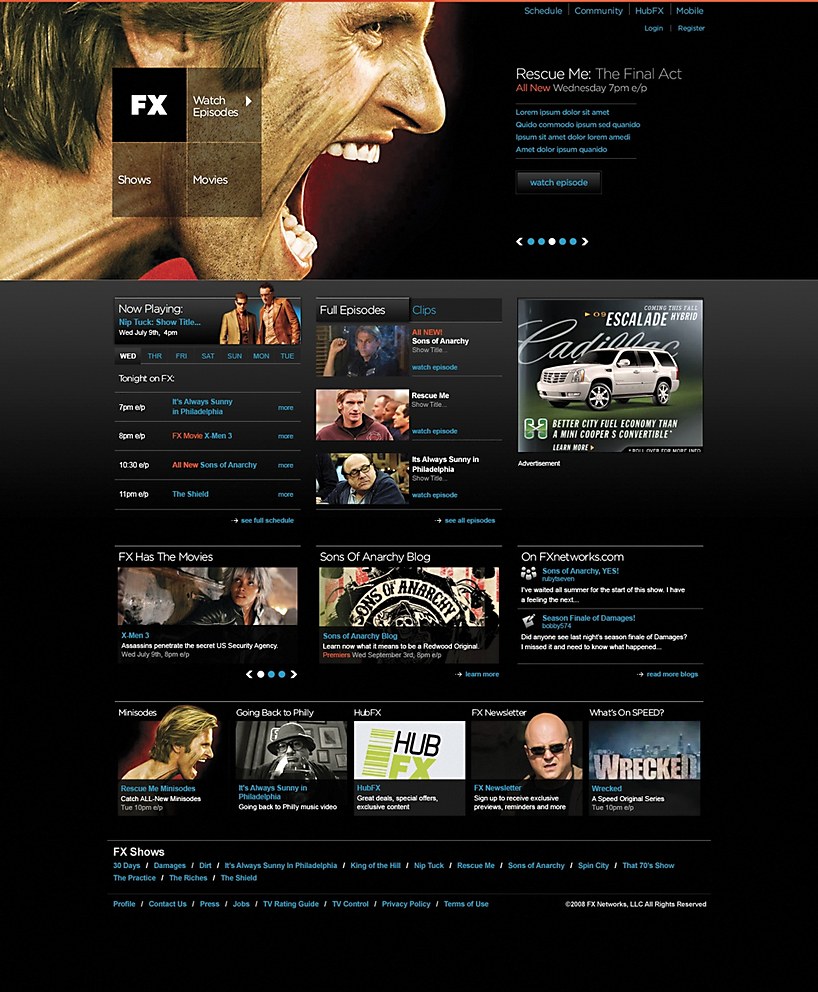 It took a few years—well, more like a decade, actually—but the Brooklyn-based digital design firm HUGE is now living up to its name. 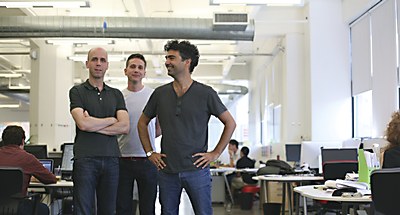 It took a few years—well, more like a decade, actually—but the Brooklyn-based digital design firm HUGE is now living up to its name. The moniker started as something of a joke back in 1999 when founding partner David Skokna began using it while operating out of a modest Brooklyn apartment with a couple of cohorts and no significant clients. Today, with close to 300 employees spread out over offices in New York, London, Los Angeles and Stockholm, and with a roster of clients that includes heavyweights such as IKEA, Pepsi, Target and JetBlue, Skokna acknowledges that the name has lost some of its irony. But he’s fine with that.

That a digital design agency with an odd name and a Brooklyn address would emerge as one of 2010’s hottest marketing shops (HUGE was cited by Advertising Age as the fastest-growing agency of the top 250 earlier this year, based on revenue increases of nearly 50 percent) has been a surprise to everyone except perhaps executive creative director Skokna and his three partners: user experience director Gene Liebel, strategy and operations guru Aaron Shapiro and tech specialist Sasha Kirovsky. Together, they’ve believed for some time that they’re riding a digital marketing wave that is just starting to crest.

Skokna and Liebel left the traditional ad agency world (where they worked together in the interactive division at Deutsch) because they were convinced that ad agencies were ill-equipped to handle that coming wave. Skokna maintains that agencies have always underestimated both the importance and the difficulty level of digital marketing; many agencies seemed to feel they could hire a techie or two and otherwise continue to conduct business as usual, but HUGE’s founders suspected there would be a growing need for digital specialists—firms completely focused on the subtleties and complexities of designing consumer experiences in the online realm. 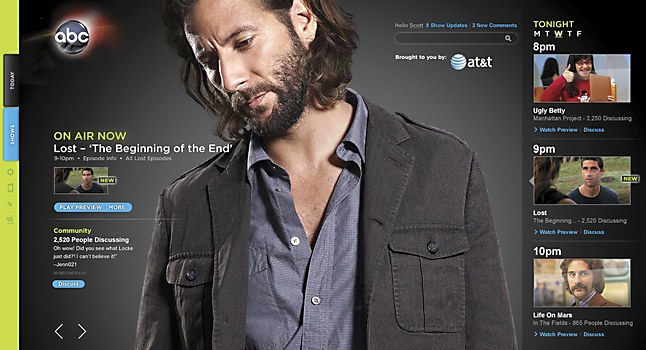 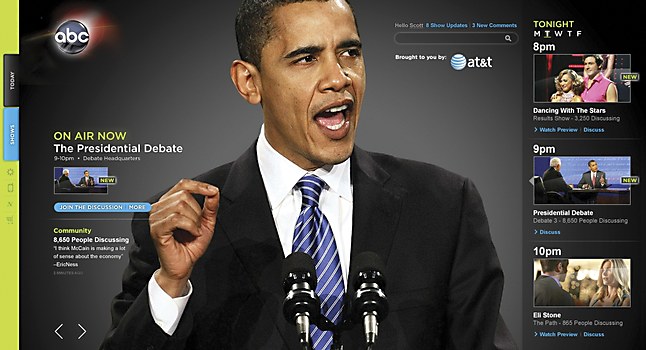 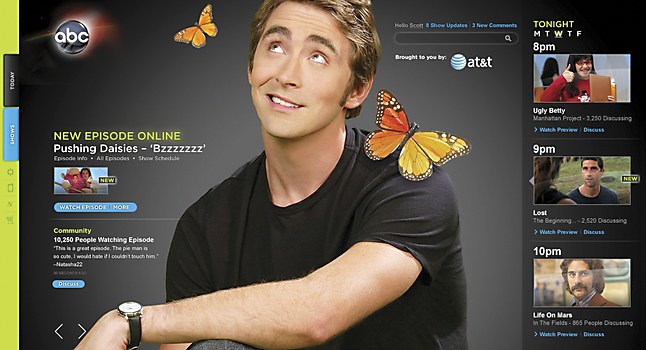 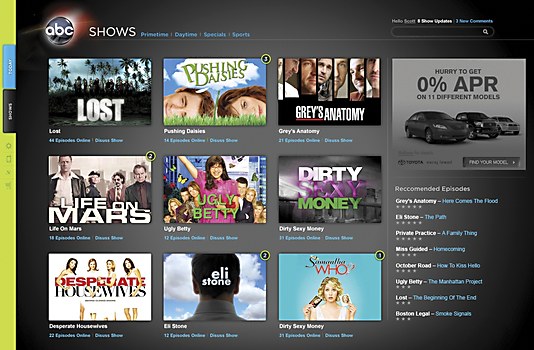 And once they set up shop, they quickly began to see the first signs that their hunch was correct. They’d barely started working in the aforementioned Brooklyn apartment (where, Skokna recalls, one prospective employee told him she couldn’t join the company because the location was “too dangerous”), when the agency landed a plum assignment to redesign IKEA’s company Web sites. HUGE’s designers eventually overhauled just about every aspect of the way the retailer presented its products online, with a logical design that grouped furniture based on rooms of the house, while also incorporating a way to check stock and learn about local promotions, all woven into the natural browsing path. A suite of downloadable room-planning tools also became part of the site, as did a virtual helper named “Anna,” an animated character (albeit very human-seeming) that engages users in conversation and tries to answer furnishing questions. The result: IKEA customers who spent time on the company site were more primed to buy and subsequently spent more money when they actually came to the store.

It was the first of a number of examples in which huge was able to connect savvy digital design to a larger overall improvement in a company's business results. From the outset, the partners tended to think in much larger terms than just Web site design; they were more interested in proving that HUGE could be a full-fledged strategic partner. “When companies first came to us, they usually just wanted someone to redesign their Web site,” says partner Aaron Shapiro, “but we’d look at the way they were doing business online and often we discovered that they were really struggling with larger issues.” Thus, the challenge for HUGE was to convince clients they didn’t just need a pretty redesign—they more likely needed a significant rethink in terms of how they conducted business and engaged with their customers.

A case in point was the airline JetBlue. When the company came to HUGE, the partners quickly realized that this client needed a smarter, more efficient site that could help the airline to streamline and improve customer service. HUGE did extensive research on the existing ways JetBlue was dealing with customers and found that far too much time was spent on the phone answering questions. This problem was addressed by a site design that better anticipated the most common customer questions and made it easier and more intuitive to find the answers online—which lowered call volume by 45 percent and saved millions, while also improving the customer experience.
What I tell people is, ‘On the morning you start here, you will probably be working on the biggest, hardest project you’ve ever worked on.'” —David Skokna


The key to doing this kind of design is to make things exceedingly simple for the end-user—though of course, when it comes to design, simple can be difficult. And that’s particularly true when designing intuitive Web sites and digital experiences. The designers at huge spend considerable time studying the ways people navigate Web sites or how they use digital devices such as an iPhone or iPad. It’s an ongoing effort to figure out what users need and don’t need (invariably, less is more in digital design), while also trying to orchestrate all the elements of a digital experience where users are never confused and are often pleasantly surprised.

It’s a fine art that is also part science—and it has often been lacking in the interactive design coming from businesses and their marketing agencies. Failing to appreciate the critical importance of usability, there has been a tendency for companies to focus more on how their sites look (or, as Skokna puts it, they wallpaper their sites with “digital posters that don’t actually do anything”). In effect, marketers have tended to use the Web as if it were just another medium for running pretty ads about themselves.

Skokna and Liebel understood that while the look of sites certainly mattered, the functionality mattered at least as much, if not more. In trying to achieve that balance between the art and science of digital design, HUGE’s creative group is evenly divided between graphic designers and interaction designers; they sit at adjoining banks of desks on the spacious open floor of the company’s warehouse—like Brooklyn headquarters. And they collaborate with each other constantly, while also working with others in the company from diverse disciplines that include research, strategy, analytics and computer programming. In contrasting this multidisciplinary approach with the classic ad agency working model, Skokna says, “What we’re doing here is much more complex than putting together an art director and a copywriter.”

Typically, the firm relies on heavy customer research at all stages of its projects, gathering those insights through focus groups, “listening labs” and various types of usability tests. HUGE’s designers are continually working in trial-and-error mode—testing new prototypes and endlessly tweaking them, based on observing how people interact with those designs. As Liebel points out, the end-users have the ultimate say in determining how the firm will design any given site: “We give up control to the users, and they tell us what we should be doing,” he says.
When companies first came to us, they usually just wanted someone to redesign their Web site, but we’d look at the way they were doing business online and often we discovered that they were really struggling with larger issues.” —Aaron Shapiro


Because the firm’s design process tends to be highly-iterative and is dealing with complex technical challenges (not to mention tight deadlines), working at HUGE is difficult, Skokna acknowledges. “What I tell people is, ‘On the morning you start here, you will probably be working on the biggest, hardest project you’ve ever worked on,’” he says.

But those pressures notwithstanding, HUGE has very low turnover and a lot of people vying to join the firm. Over a recent three-month period, more than 3,000 applied for jobs there; the firm interviewed 124 of those and ultimately hired only 13. Gone are the days when someone would be apt to turn down a job here because the neighborhood is “too dangerous.” For one thing, that neighborhood (known as DUMBO) is now gentrified and suitably hip; for another, HUGE is now an ideal spot for ambitious interactive designers to get their hands on some great brands.

For example, the firm is currently in the process of completely redesigning the way Target does business in the digital space. And for Cartoon Network’s Adult Swim and several other premium brands, HUGE is designing new iPad apps that serve as a more streamlined and simplified way to engage with consumers in the digital space (indeed, HUGE’s knack for designing simple, highly-intuitive Web sites has made the firm a go-to player for company marketing apps ever since Apple introduced the iPhone and then the iPad). Meanwhile, HUGE is also helping Pepsi to realize that digital marketing can have deeper social impact (and can be a lot more efficient) than doing splashy big-budget commercials; the current Web site-driven campaign known as the Pepsi Refresh Project, which enables the public to nominate and vote online for worthy community projects that are then funded by Pepsi, has garnered massive attention and kudos.

This doesn’t mean big brands are likely to abandon their traditional advertising and turn the entire marketing budget over to digital specialists such as HUGE—at least not in the immediate future. But there’s little doubt that Madison Avenue is aware of, and has reason to be concerned about, what’s going on in Brooklyn these days. The neighborhood may be a lot safer now, but HUGE—a digital insurrectionist determined to shake up old ways of marketing and doing business—is more dangerous than ever. ca 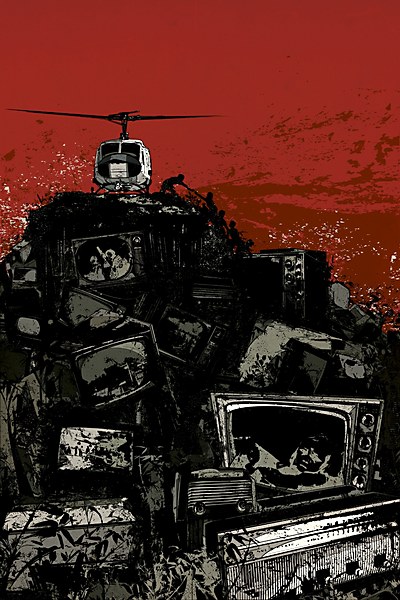 Features / Illustration
Kako
Kako was born Franco D’Angelo Bergamini, but the family called him “Caco,” and he and his brother were known as the kids in the neighborhood who could draw. 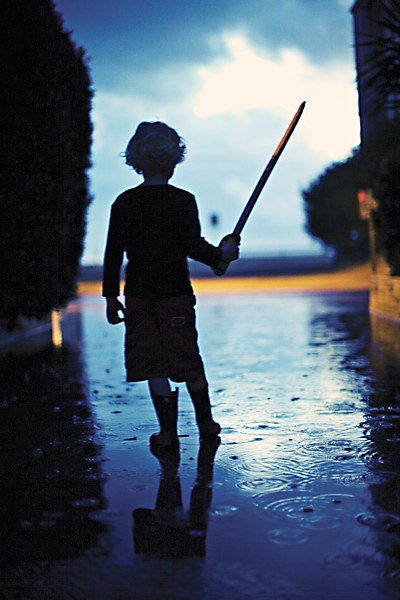