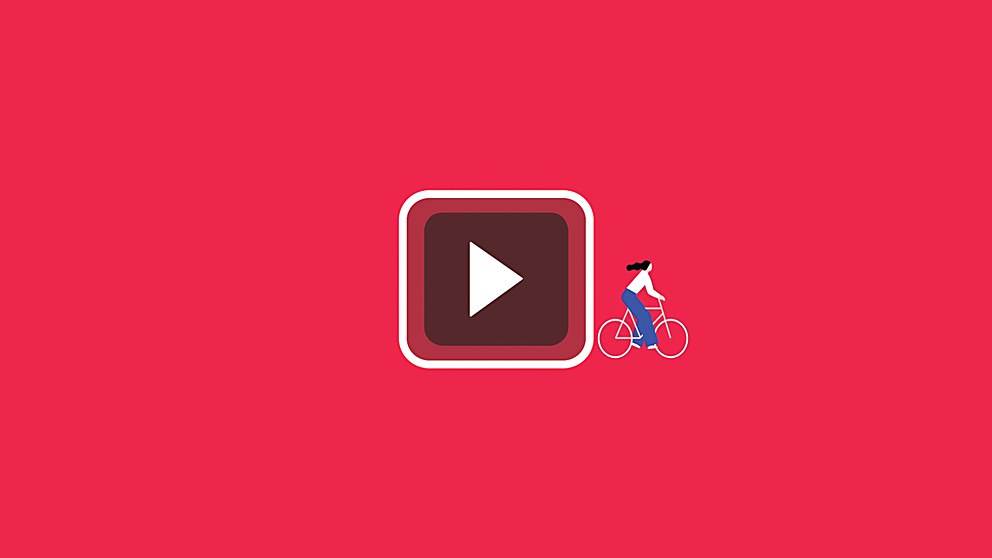 It begins with a swirling portal set against a black background, an angular pattern of vivid red, blue, gold, white and peach that beckons two bicyclists to enter. As they do, the colorful portal overtakes the canvas, undulating to represent a rolling landscape. The cyclists crest and plummet along the curves, riding by a taco stand, a Japanese pavilion and a Parisian cathedral before emerging from the other side of the portal back in the dark. And that animated GIF inspires wanderlust in travelers looking to experience locales through Airbnb’s cycling experiences.

It also provides a metaphor apropos of the work of illo, the Turin-based motion graphics, design and illustration studio responsible for the Airbnb campaign. Led by cofounders and creative directors Ilenia Notarangelo and Luca Gonnelli, the studio’s work often transports its audience to abstract worlds full of clean shapes and carefully selected saturated colors. Of the Airbnb animations, for example, Notarangelo describes the palette as “summery,” noting that the illo team selected the colors to work with the online travel marketplace’s established identity while giving the GIFs a “French touch.”

“The Airbnb campaign is one of a few that have defined who we are now,” she says, “a perfect example of visual synthesis with simplified characters and a memorable color palette.” 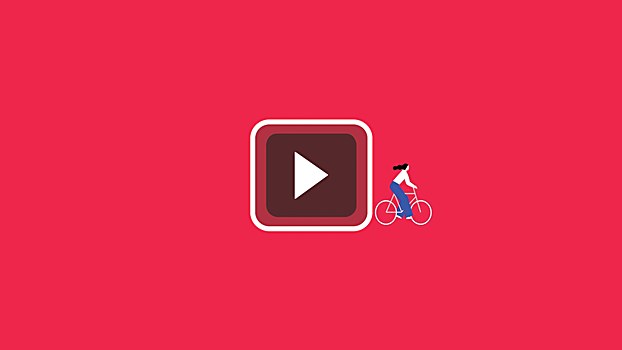 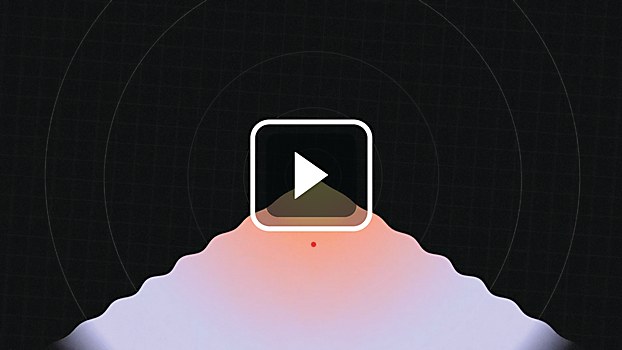 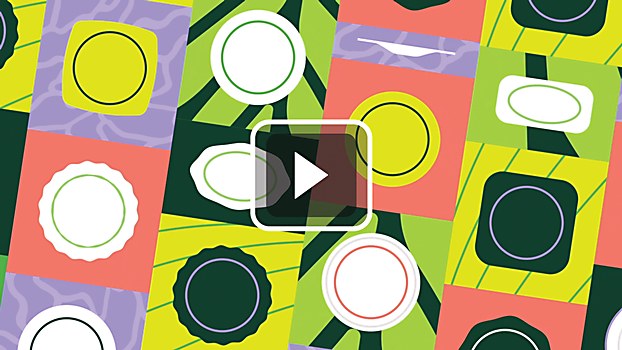 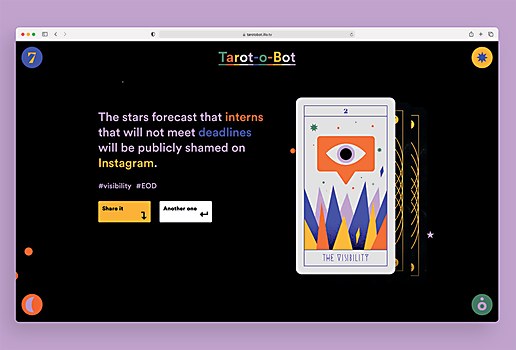 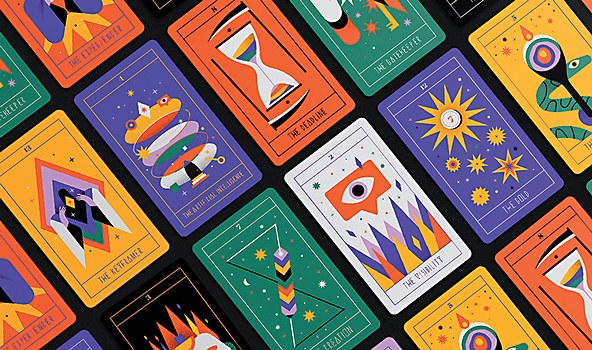 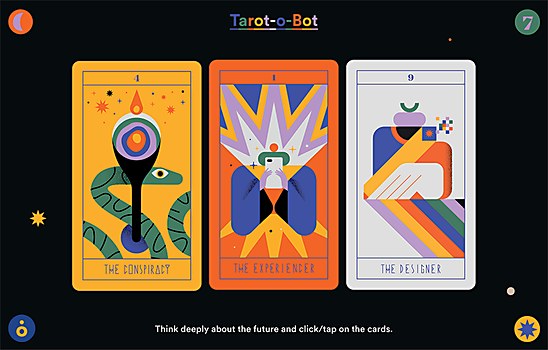 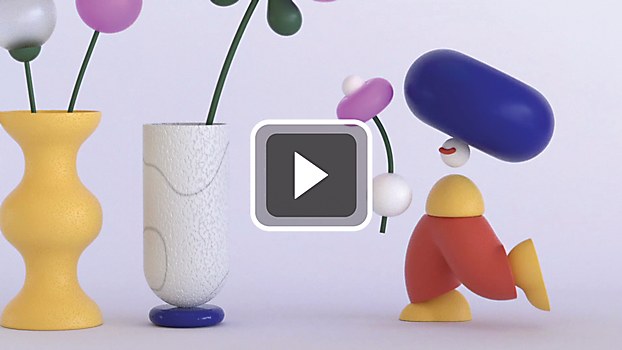 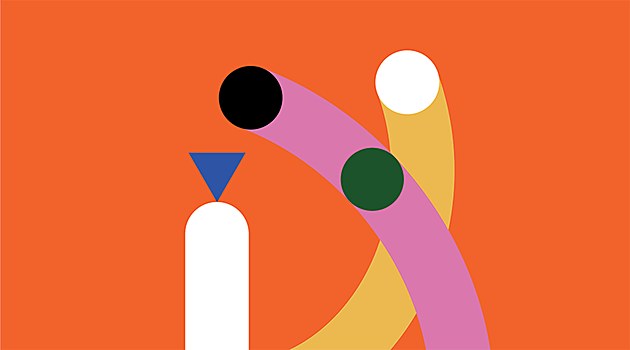 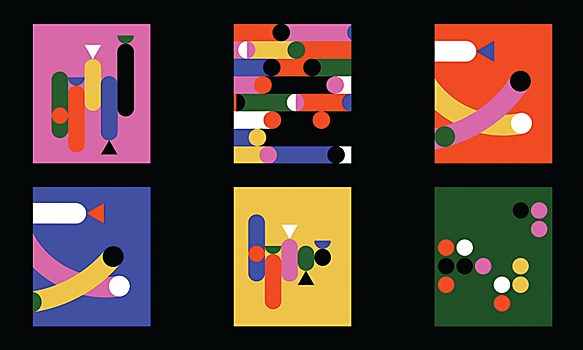 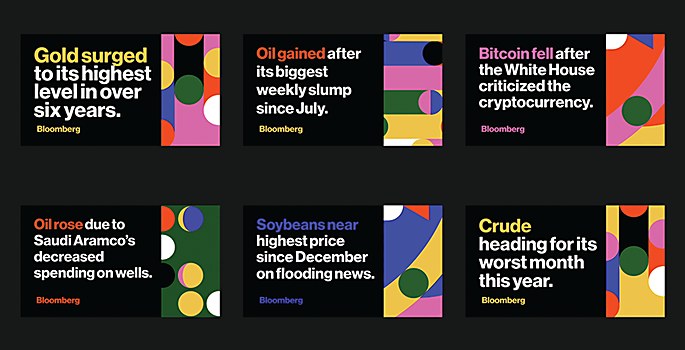 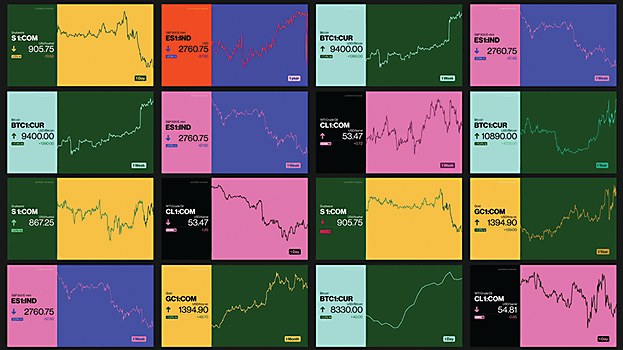 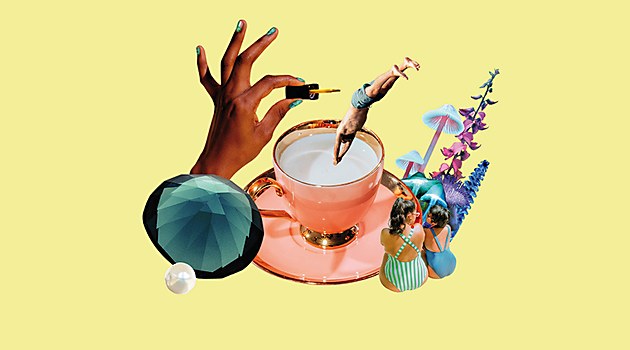 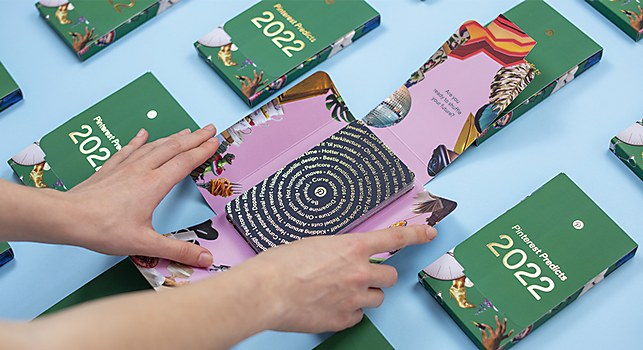 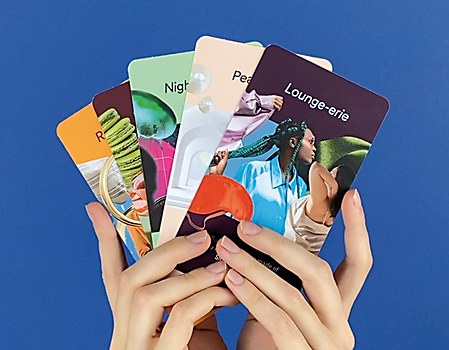 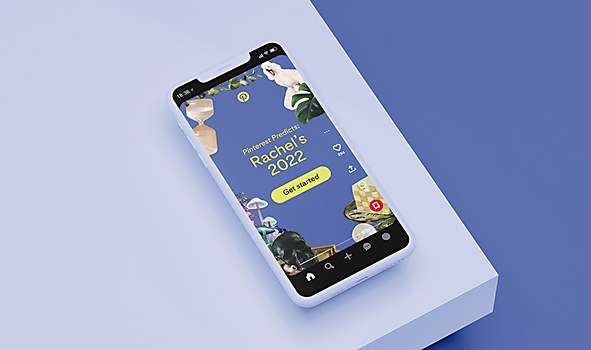 Nestled in downtown Turin not too far from the city’s central train station, illo operates out of a repurposed space on the street corner with lots of natural light. “Our workspace used to be a very fancy hair salon back in the ’80s,” Notarangelo says, “and we reconstructed it in 2016 when we fell in love with the big storefront windows.” Having grown their studio from the ground up, Notarangelo and Gonnelli now count a team of sixteen illoers, six or seven freelancers, and five more employees at algo, its sister studio that focuses on technology.

At its inception in 2011, illo went by the name of ilenoliukgo, a portmanteau of Notarangelo and Gonnelli’s digital handles at the time. While Notarangelo entered university to pursue a career in engineering and management, she and Gonnelli—who have been a couple since high school—discovered they both would rather explore a career in creativity and innovation, so the two entered the same master’s program in cinema and media engineering at the Politecnico di Torino in Turin. “We did a bunch of university projects and student competitions together, ranging from advertising to creative coding and motion design,” Notarangelo says. “We felt that working together brought interesting results, so right after our degree, we proposed our services to some microstartups. And it worked.”

And working for Italian microstartups brought ilenoliukgo to the other side of the Atlantic. “Our clients were seeking their fortunes in Silicon Valley, so luckily for us, they spread some word of mouth to other Californian and internationally based startups,” Notarangelo says. Gonnelli and Notarangelo’s visual language harmonized with the hopeful tone startups often seek to convey. After a particularly good year of freelance work,
they established illo in 2012 as a limited company and hired motion designer Matteo Ruffinengo as its first employee—“who’s still part of the gang,” Notarangelo says.

Fostering cohesion among illo’s team has been baked into its company culture from day one. Those who work at the studio eat together daily, and every week, they gather to listen to a team member give a talk about one of their passions, “whether it’s an exciting exhibition, memes and comics, wine tasting, or the best ramen recipe out there,” Notarangelo explains.

The diversity of illo’s team has always been important to Notarangelo and Gonnelli, too, and naturally unfolded as the studio grew; illo has a gender-balanced team in a predominantly male-dominated field. As a prior student of engineering—another arena where women are professionally underrepresented—Notarangelo knows “what it means to work in an environment where you are not as represented as you should be,” as she says. “Since the beginning, we believed in equal opportunity for all. Our craft is the result of having brought many points of view to the working table; we have women and men of different sexual orientations, different nationalities and different educational backgrounds. We love to think that illo could be a happy place to work, no matter what defines you—and I think our clients appreciate this diversity.”

We felt that working together brought interesting results, so right after our degree, we proposed our services to some microstartups. And it worked.” —Ilenia Notarangelo

Furthermore, illo values its personal projects to develop its team’s creative capabilities. “Personal projects help us go out of our comfort zones and explore many things we can do with the help of motion design, going beyond the videos we usually make to experiment with the medium,” says Notarangelo. “Our studio anniversary is always a good excuse for these projects, pushing us to find the time and means to play creatively.” For the studio’s seventh anniversary, it released Tarot-o-bot, a website where a digital tarot deck would make insightful and humorous predictions on the future of the creative industry. “On the custom-made web experience, at the touch of a button, users could trigger the draw of three special tarot cards prompting the Tarot-o-bot to read the data behind these sacred cards,” Notarangelo says. “This is how we generated special and ironic predictions covering design, art, tech and the overall creative lifestyle. These projects help us create and strengthen a common style.”

illo’s typical style, from an outside perspective, often feels rooted in the optimism of flat art and modernist abstract art movements, featuring flowing transitions between different compositions. “Our design approach relies on simplicity rather than complexity, clarity over vagueness, a preference for abstraction over figuration—and color,” confirms Notarangelo. “This leads to creating work that can have bold and playful vibes at the same time.”

Color palettes provide the trellis on which the studio’s creativity blooms. Each project often begins with illo’s team selecting a limited color palette. “We start the approach by defining two or three colors, adding a couple of complementary hues to make them pop and incorporating a good number of neutral tones in each artwork, so saturated colors can be perceived as even more vibrant,” Notarangelo explains.

One example of how illo uses color as a hallmark in a project’s visual language is in its series of longer-format films for global environmental organization The Nature Conservancy. Each film details an individual problem of climate change and a solution to that problem, encouraging viewers to act now. As the motion design studio wanted every installment to stand on its own, illo chose a distinctive art direction for each film, drawing inspiration from varied sources such as science textbooks to data visualizations to psychedelia. A shared color palette of greens, yellows, purples and oranges unites the four films into a cohesive series. “This was the first time we worked with a longer format, three to four minutes,” Notarangelo says, “and it was a great opportunity to speak about sustainability, a theme that’s close to us. And to do it in four styles that would still feel cohesive took this to a whole new level. It was definitely a breakthrough project for the studio.”

Breakthroughs happen to be part of illo’s toolset, especially with algo. Born in 2015 from illo’s desire to explore video automation and data visualization, algo began as the studio’s tech division and became its own studio in 2021, working with clients like Bloomberg, chocolatier and confectionery company Ferrero International, and the New York Times. “After internal research, we came up with this cloud platform creating real-time, data-driven videos at scale, starting from tailored design templates created by our team,” Notarangelo explains. “Some applications of algo projects could be a personalized year-in-review web animation for music streaming service users, a fully autonomous video campaign featuring the live results of an election, or even a weekly video update about carbon emissions and rising temperatures to encourage the fight against climate change.”

Our design approach relies on simplicity rather than complexity, clarity over vagueness, a preference for abstraction over figuration—and color.” —Ilenia Notarangelo

For an example of this, algo and illo teamed up to create an automated video campaign for Bloomberg’s Futures section, which focuses on stock futures of major world indexes. Five different graphic themes and seven color palettes combine to create hundreds of generated animations, each featuring abstract shapes and curves that expand and contract to mimic the changes in the market. The suite of animations gives the creative team at Bloomberg the ability to choose from the generated animations what best represents the state of the stock futures at any given time.

The divergence of illo and algo lies in their respective styles, Notarangelo explains. “While illo is more playful and illustrative, algo has a more graphic design and informative vibe,” she says. “Doing design and motion design for data is such a different job, but it’s very rewarding to see these videos and animations created automatically by a machine. The new frontier for algo is working more and more with AI, and we have fun exploring AI-generated audio, text and image tools for some of our latest projects.”

illo is discovering all kinds of new exciting frontiers as well. Speaking on the design scene in Turin, Notarangelo has seen a rise in local design-oriented events, which illo has supported and often attended. “Some illoers also teach motion design and illustration at some of Turin’s schools and universities,” she says. “I think this could have a great impact on the local creative community.”

At the time of writing, the studio is also looking forward to its tenth anniversary project: a physical exhibition in its space featuring digital and physical artworks. “The exhibition’s main focus will be on the emotions we experience in our intangible, digital life for which we don’t have a clear definition yet,” Notarangelo explains.

Wherever illo goes next, it has already significantly impacted the field of motion graphics, and Notarangelo hopes to uphold the vivid playfulness of its work. As she says, “I hope that we, as illo, can be recognized as the studio pushing for things that look simple, innovative and vibrant.” ca 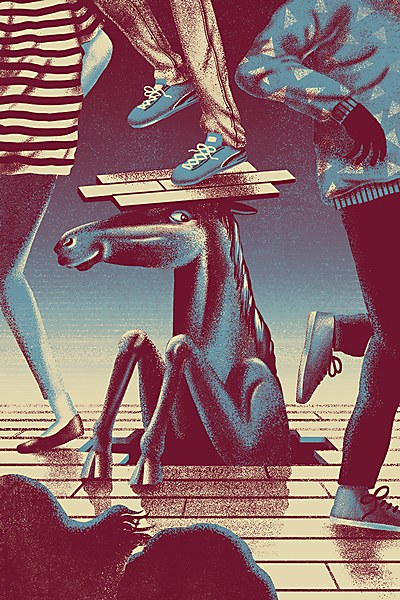 Features / Illustration
Byron Eggenschwiler
Fueled by the idea of creating art out of time, this Calgary-based illustrator delves into eerie surrealism. 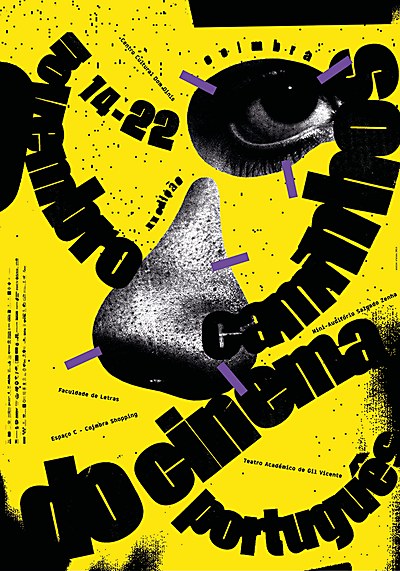