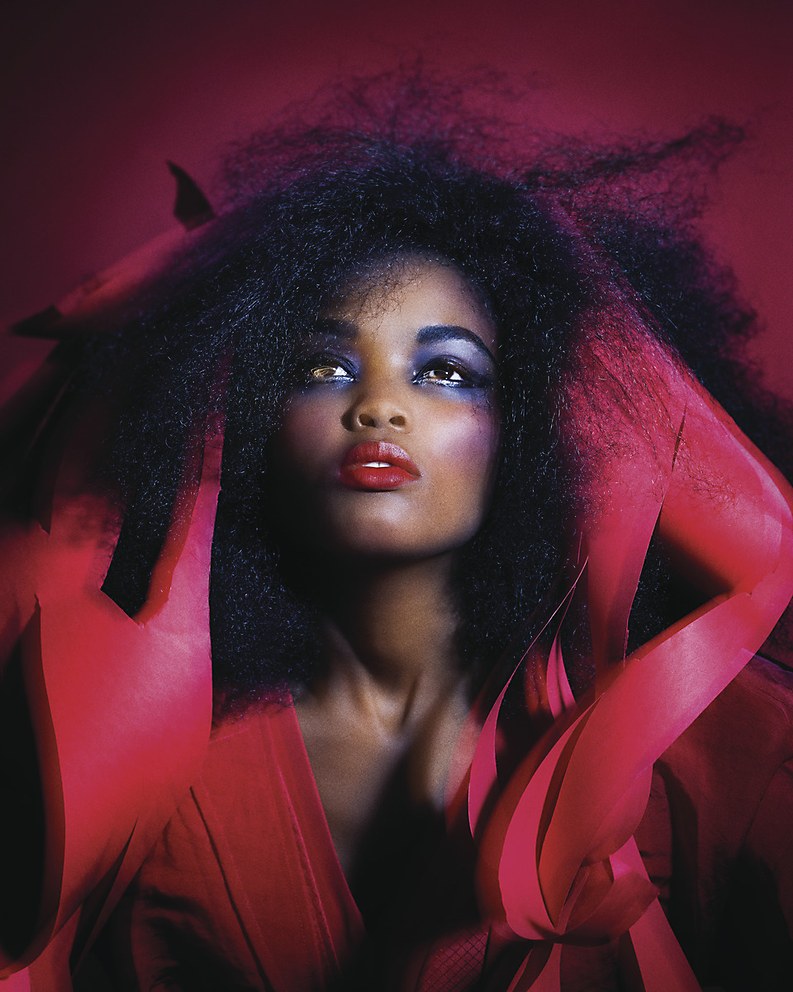 This powerful duo transcends the solitary nature of photography with a dreamy style all their own.

hotography is commonly thought of as a solitary endeavor, the province of the individual. Only one person can operate a camera at a time, and the very act of taking a picture sets photographers apart from their subjects. Talk with photojournalists about the dangerous situations they work in, and they often describe the camera as a kind of emotional shield, separating them from the world. Walk the streets with a working photographer, and you will invariably find yourself walking alone, backtracking only to find him or her lost in the viewfinder. And although social media has had some impact on the culture, photographers still have a reputation for being reluctant to share ideas and techniques.

But conventional wisdom, as always, never tells the whole story. Photography has a history of collaborative duos at the forefront of the art form, from icons like Bernd and Hilla Becher to contemporary artists Robert and Shana Parke-Harrison. Working together as ioulex—pronounced yoo-leeks—Julia Koteliansky and Alexander Kerr’s powerful images are part of that same tradition. “Sometimes there is a misconception about photography as the simple product of a machine, that the machine depicts the perception of a single operator,” Koteliansky muses. “We have always found there is so much to think about around taking pictures, from conceptualizing your initial idea or figuring out a specific approach for an editorial assignment to planning the actual shoot and editing the pictures …, there is plenty to keep two people busy.”

There is an elusiveness to the duo’s work, an aesthetic so fluid that it becomes unrecognizable the moment you attempt to pin it down. Black-and-white, color, multiple exposures, candid photography and stylized portraiture mix and mingle in their portfolio, evading categorical lassos like nimble goats, sure-footed on the trickiest terrain. Perhaps some of that is a function of their duality, but it also reflects the breadth of their artistic backgrounds and influences.

We discussed that and more over wedges of Koteliansky’s sublime quiche, savored in their light-filled Washington Heights apartment in New York City. When asked to describe each other’s creative sensibilities, Koteliansky pointed to Kerr’s gift for composition and structure; in response, he singled out her ability to turn chaotic elements into something cohesive, to create an eye in the storm. She notes, slyly, that sometimes she subverts that by “pretending to be him.” 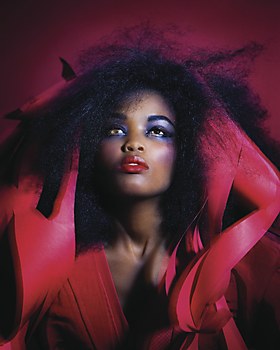 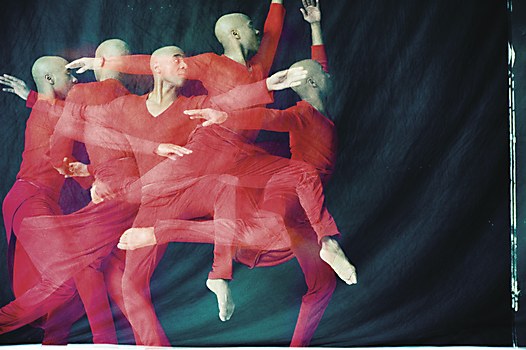 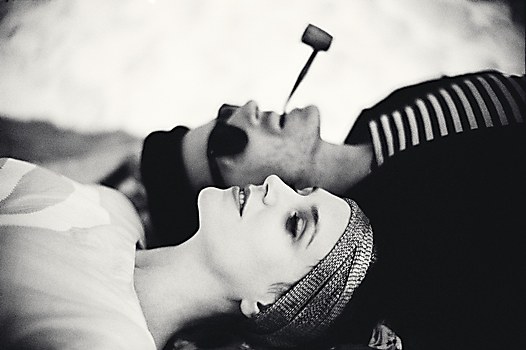 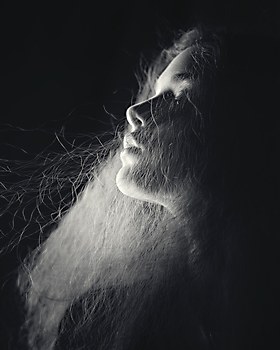 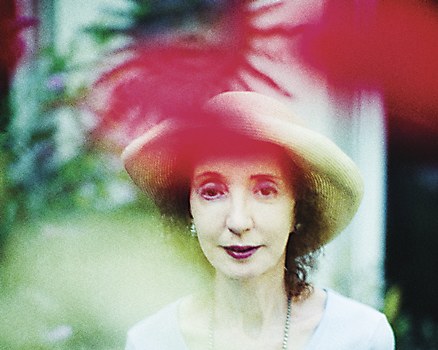 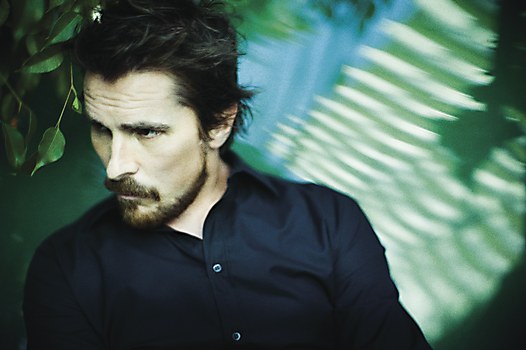 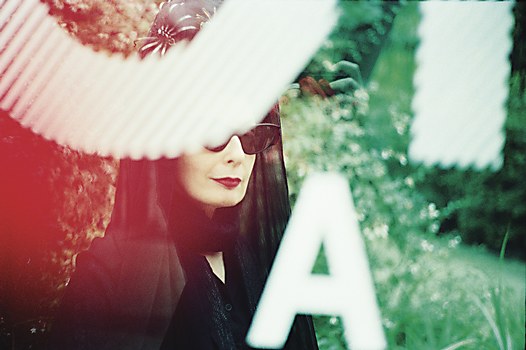 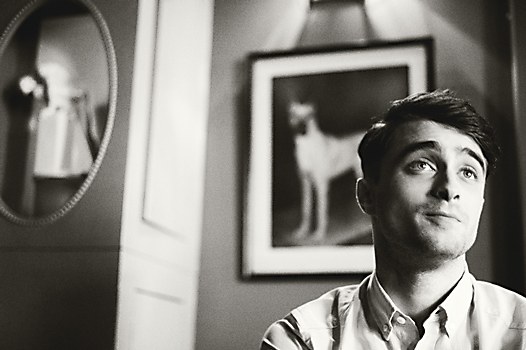 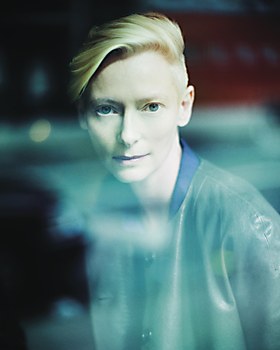 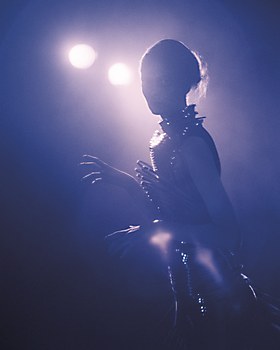 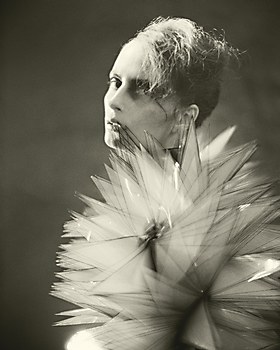 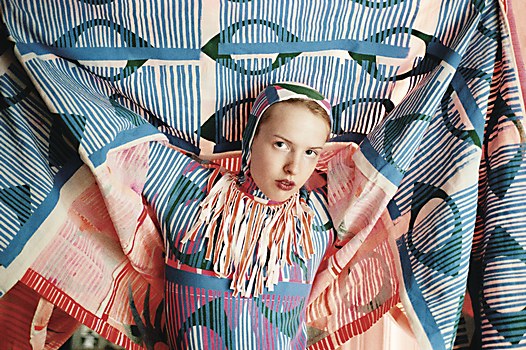 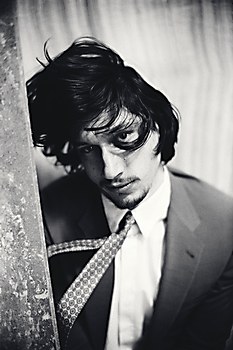 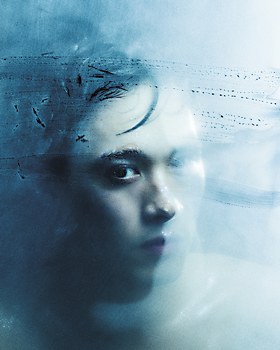 While Kerr put their ebullient young daughter to bed, Koteliansky talked about her own childhood. Born and raised in Moscow, her life changed quickly after the collapse of the Soviet Union in 1991. When she was eleven, her family moved to Paris in search of better opportunities. The child of two scientists, Koteliansky—by her own admission—inherited none of her parents’ aptitude for science and math.

“I was always painting and drawing. My parents brought me to art exhibits,” Koteliansky remembers. “When I was sixteen, I got interested in cinema and would skip school to go watch films by myself. Then I got my first and last summer job to make money for a camera and tried to teach myself to use it.”

Artistic expression also defined Kerr’s early life. He grew up in Salem, Massachusetts. His father was a public school teacher, and his mother, a visual artist. His paternal grandfather was a darkroom technician in New York City, and his maternal grandfather was an abstract painter. Kerr attended progressive “open schools,” where his creative instincts were given free reign—so much so that as graduation approached, he balked at going to college.

“I had this idea that I was going to buy a van and drive across the country, so by the time I got started on my trip, my friends were starting college,” Kerr says, chuckling ruefully. “I came to New York City to visit some of them. Driving around by myself, it didn’t take very long to decide I would rather be in New York.”

Kerr ended up studying illustration at Parsons School of Design, and, in 1997, during a year abroad in Paris, he met Koteliansky. They have been together ever since. From the beginning, their connection was an artistic one; they worked together on assignments and shared ideas long before they started taking pictures together.

In 1998, after a year in France, Koteliansky and Kerr returned to New York to finish school. “No one told us that when you go to school for design, you end up working in advertising,” Kerr says with a laugh. They both landed art director positions at good agencies, but neither felt very fulfilled. Simultaneously, they became more and more serious about their own photography. They were spending their workdays looking at images and their free time shooting their own, and the pull to change course became irresistible. Eventually, encouraged by art buyers’ responses to their work, they took the leap.

Sometimes there is a misconception about photography as the simple product of a machine, that the machine depicts the perception of a single operator.” —Julia Koteliansky

“I first saw their work in the T Magazine blog or in The New Yorker,” says Sarah Filippi, photography director at Fast Company. “I was drawn in by their distinctive photographic style; they have a very abstract perspective and unique approach to photography. They make you see what is in front of you with an altered perception. Sometimes I feel spoiled to work with them because I know that I’m always going to get something unexpected and remarkable.”

ioulex takes pride in its flexibility, starting each project ready to push boundaries and make new discoveries. A relentless curiosity underpins the duo’s work, whether commissioned or personal. Kerr and Koteliansky are always seeking, unafraid to follow an idea into the unknown. First, they find a spark of inspiration. Each project is like a mountain: before attempting to climb, they have to determine the right approach. Film, painting, dance, fine art and fashion are the muses that provide the foothold from which Kerr and Koteliansky begin their conceptual ascent.

Siobhan Bohnacker, senior photo editor at The New Yorker, has watched their close artistic kinship for years. “Artistic inspiration is something that needs to be replenished often, and two people working together inherently speeds this process up. Just recently, we worked together on a portrait shoot for which they referenced a painting as a point of inspiration. It’s never just about photography for ioulex,” she says.

All the research and conceptualization ioulex does in preparation for every assignment enables the team to work intuitively once the shoot starts. Surrendering control in order to make room for spontaneity and respond to their subjects on the fly is an integral part of the couple’s philosophy.

They scoff at any redundancy on set. One might engage the subject while another shoots, only to switch roles a moment later. Like a cagey vaudeville duo, they are constantly setting each other up. One client described the depth they were able to bring to a specific shoot as “three-dimensional—independently moving in complement like the hands of a clock.

In regards to the division of labor, Koteliansky and Kerr describe a fluid partnership that precludes any fixed roles. “There’s no part of the process that only one of us could do. It’s kind of like parenting—there isn’t any part of raising the kid that only she can do or only I can do,” Kerr explains. “And the best thing is for both of us to be able to do everything, then we can shake things up if we have to.”

They favor Leicas with a variety of old lenses an dstrive to make effects happen in-camera rather than in postproduction. As part of this naturalistic approach, Kerr and Koteliansky avoid “big setups,” preferring to stay “lightweight” and relying on their synergy to get the shots they want. They rarely use an assistant, but they do work with some trusted collaborators, like costume designer and artist Christian Joy.

For her part, Joy sees the atmosphere that ioulex creates on set as an integral part of their success. “They’re very easy to work with,” she explains. “They’re kind of like bumblebees buzzing around a flower. They’re taking photos, and you hardly know it, so it’s easy to feel natural and less posed.”

No one told us that when you go to school for design, you end up working in advertising.” —Alexander Kerr

The couple’s willingness to eschew any particular style in favor of new ideas and approaches sets them apart from other photographers Joy has collaborated with. “We’re all clearly on the same page and trust one another’s visions. I have never questioned their ideas. They always come up with something I would never expect, which helps me to see my own work in a different light,” she says.

Although they never publicly discuss who took what pictures, Kerr and Koteliansky say that when it comes to editing, they inevitably end up with an even split. And this artistic kismet isn’t confined only to when it’s Kerr and Koteliansky looking at the work. “When we send work to editors, we always submit a lot of material so they have options,” Koteliansky says. “They don’t know who shot what, but the published work still ends up 50–50.”

The ioulex moniker likewise combines the couple’s first names. “A friend from Parsons was leaving New York, and as a goodbye gift, we shot a double exposure Polaroid of the two of us. It looked a little eerie, and we called it ioulex,” Koteliansky explains.

The German word Künstlerpaare roughly translates as “artist couple,” and when you spend time around ioulex, it’s an apt description in more ways than one. In transcribing our conversations, I realized how often they finish each other’s sentences—or start them, depending on how you look at it. Kerr is soft-spoken and given to thoughtful pauses, whereas Koteliansky jumps off the tape, vacillating between bold declarations and mischevious peals of laughter. But sometimes, as in a photo shoot, they seem to switch places. I’m reminded of how Kerr compared their collaboration to the raising of a child and can’t help but wonder what ioulex will become. ca 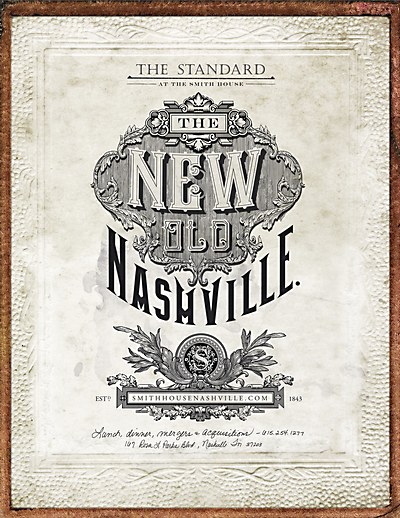 Features / Advertising
BOHAN
The secret behind this Nashville-based ad agency’s work? Imbuing it with collaboration. 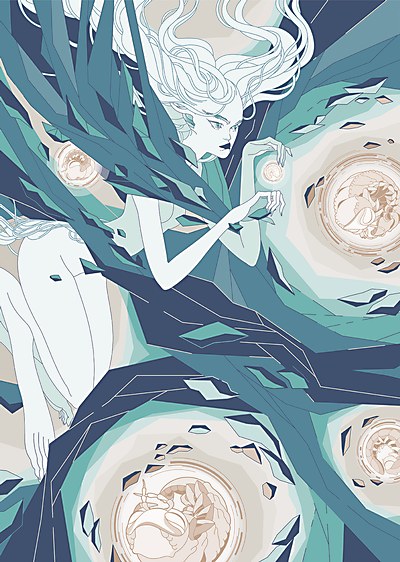 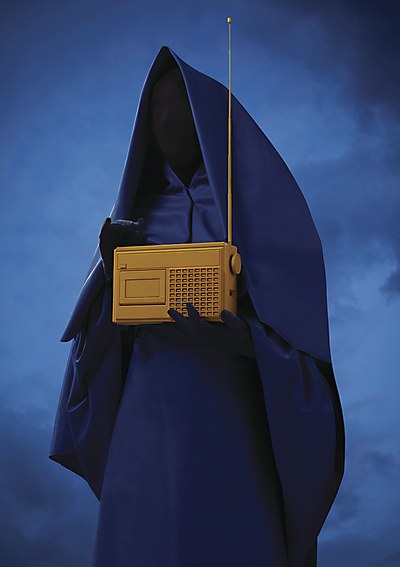