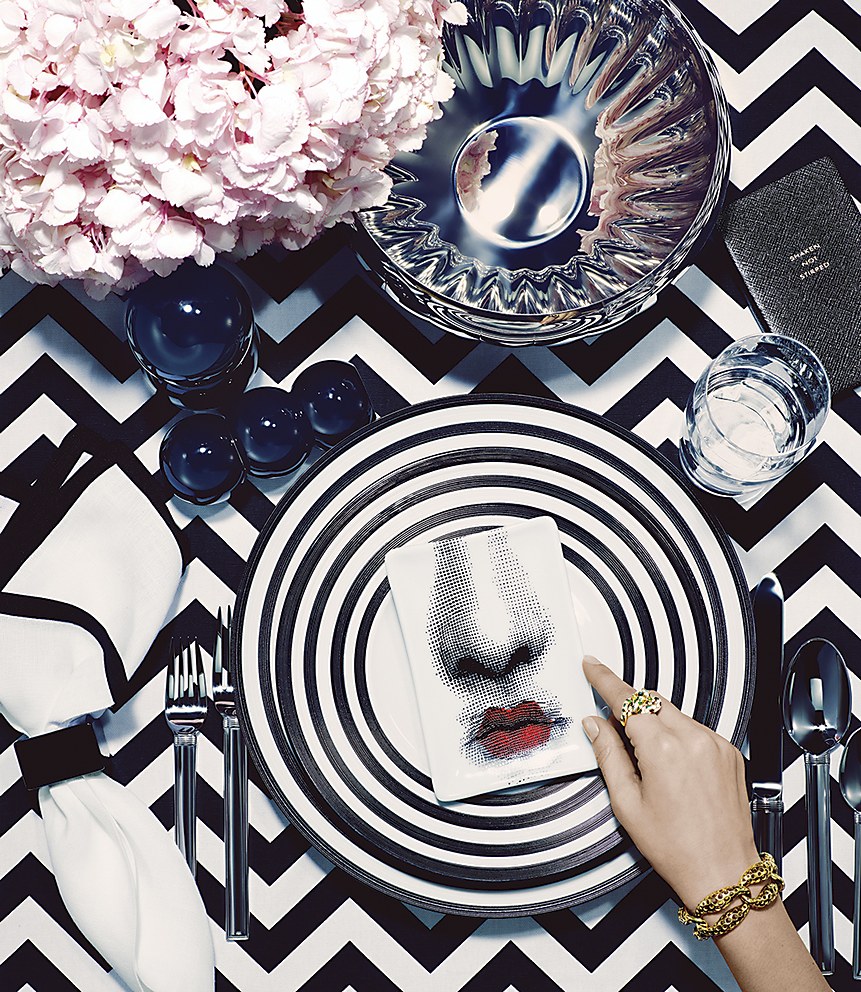 Inside a studio on a quiet tree-lined Brooklyn street, I watch for several hours as photographer Jamie Chung performs a very specific form of alchemy. He has been working on a shoot for Town & Country magazine since 8:30 a.m. and will still be at it when I depart well into the evening. Unlike the alchemists of old who sought to turn base metals into gold, the current objects of Chung’s experimentation are themselves works of extraordinary craftsmanship and elegant design, a passel of goods that includes rare Rolex watches and a crocodile handbag. Each item takes its turn in the spotlight, literally, as Chung arranges, adjusts, positions, shoots and repeats—the steady polishing and sanding of a master jeweler. He never hurries, conversing laconically with his assistant and the client’s art director with an ease that belies the meticulousness of his efforts. It’s not until I join his client to watch as each test shot pops up on the monitors that I fully comprehend Chung’s powers of transmutation. In front of us are handcrafted luxuries that are as skillfully designed as they are expensive, but on the screen are new worlds, so opulent and lush that the real thing seems but a pale reflection.

Chung grew up in Berwyn, Pennsylvania, a suburb of Philadelphia. His mother, a piano teacher, and his father, a meeting planner, were artistic-minded parents who were more likely to drop him off at a museum than at the movies for an afternoon. From a young age, he loved to tinker with things and would spend hours alone playing with Legos and taking snapshots on disposable cameras. Chung is old enough that he credits the quiet rituals of the darkroom for his love of photography and young enough that digital formats are second nature to him. Those creative instincts led him to enroll in Parsons The New School for Design in 2003, though he still had no concrete idea of how he could turn photography into a career. 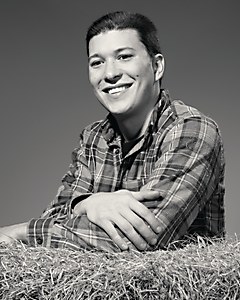 That would change when he got to Parsons, where he had working photographers as teachers and a wealth of internship opportunities that allowed him to see what a photography career could look like. New York is a city of windows, and in short order, Chung had his face pressed against the glass.

“An old girlfriend of mine’s uncle grew up with the photographer Craig Cutler and got me an invite to his studio. To say I was impressed is an understatement,” Chung remembers. “We walk into this giant open loft space that takes up the entire floor of a midtown Manhattan building. His name is on the door, and all these assistants are scurrying around. Whenever he wants to make something, he’s got all this amazing gear and space and employees. It was eye-opening for me as a young photographer.” 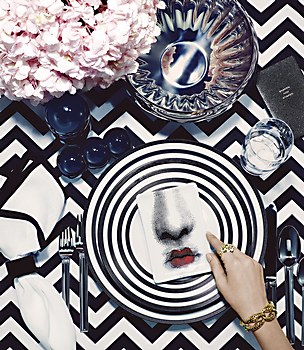 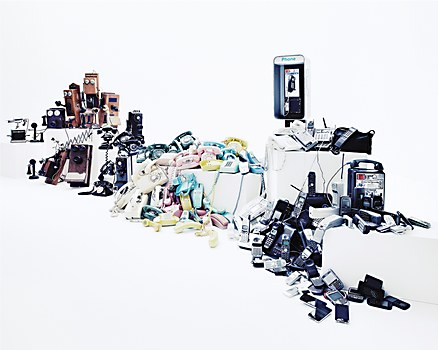 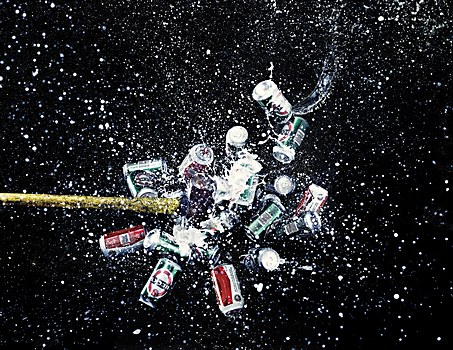 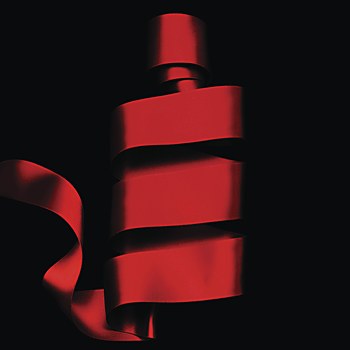 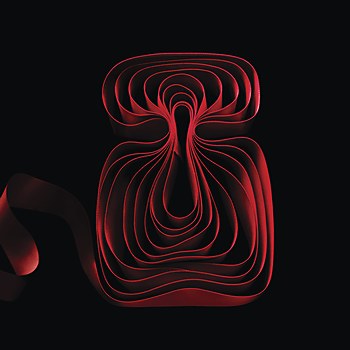 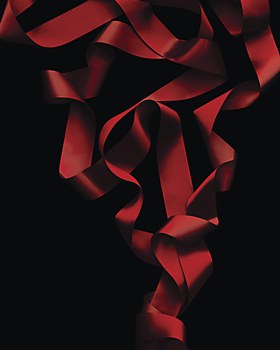 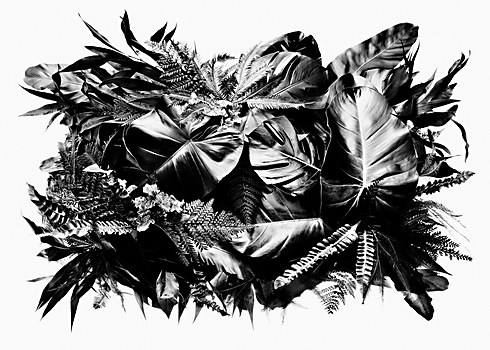 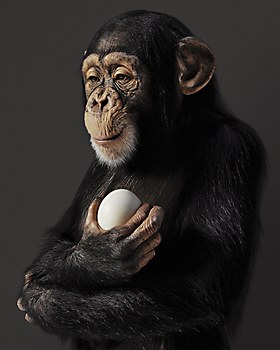 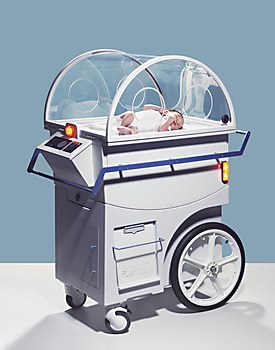 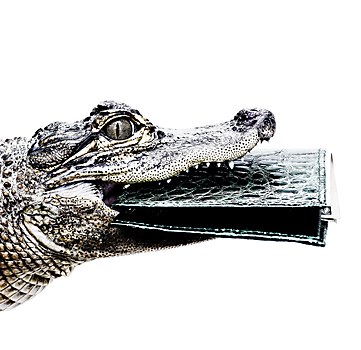 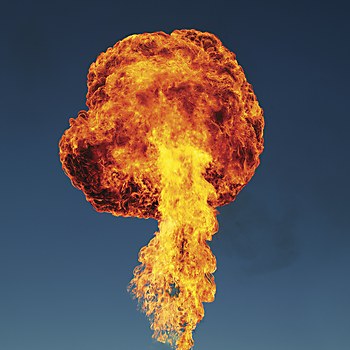 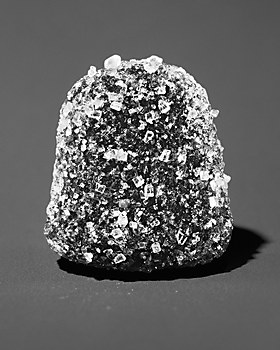 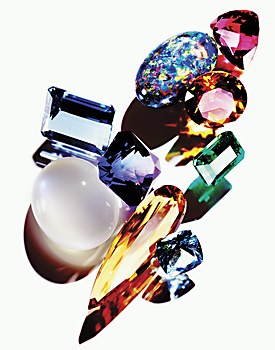 Over a cup of coffee, the friendly and unpretentious Chung is simultaneously confident about his work and affably self-deprecating about his “story.” If you didn’t know better, you might think every hard-working photographer a couple of years out of college is shooting Time magazine covers. He plays down any notion that he was a great student, but admits that he shot everything that moved—and even more that didn’t—during his time in college. Toward the end of his time at Parsons, Chung interned with still life photographer Toshi Tasaki and found the work appealing in a way that stuck with him. “There’s something about the kind of photography where you are not going out and finding something that exists, you are just creating it all in front of the camera,” he explains. “It’s kind of like the darkroom—the process really sucks me in, and I can get lost in it.”

Upon graduating in 2007, Chung prudently took an assistant position with another Japanese still life photographer while steadily building his own portfolio. He also entered Surface magazine’s Avant Guardian photography competition that year and ended up one of the winners. And that winning entry was the hook that got Chung picked up by the prestigious Bernstein & Andriulli agency at the ripe age of 23. The firm’s managing partner and uber-agent, Howard Bernstein, still remembers Chung’s portfolio like it was yesterday.

“It was a far more refined and technically capable book than most students’ that I have seen, and I have been doing this a long time,” Bernstein recalls. “There was a series titled Mischief that was stuff like crushed mailboxes, toilet paper thrown over trees, and it put a smile on my face. So I thought, ‘Maybe this would make art directors smile,’ and I told him to come visit me.”

Chung muses about making such an early jump to the proverbial big leagues and is struck by what he now sees as his own naïveté at the time. This ignorance may have been what enabled Chung to leap into the fray unafraid and excel immediately. One thing he did know was that he had come into a great opportunity and, if he wanted to be anything other than a flash in the pan, he would have to push himself creatively and work harder than ever before. Luckily, the more he delved into the work, the more he loved it.

Jamie’s work is versatile, clean, elegant, sophisticated—with a hint of humor. With his technical ability, he can light anything."—Susan Getzendanner

“I can’t think of anything better than being on set—the creative problem solving, the experimentation, the collaborations,” he says, adding that the variety in his shoots from one day to the next—editorial one day, advertising another day, personal work yet another day—keeps things fresh. “Everything informs each other, cross-pollinating, if you will,” he says.

Chung has always had a wide range of interests, and he uses his work as a means to explore ideas and subjects that he finds compelling. To some, being a still life photographer might sound staid and repetitive, but Chung’s reality is anything but. He traveled to the Smithsonian Institute and shot the so-called nuclear football, a portable nuclear-strike authorization device that is supposed to be in the vicinity of the president of the United States at all times. He got to photograph an original Dickens manuscript, replete with the author’s scribbled notes and corrections, at Manhattan’s Morgan Library & Museum. He went to Yale University and shot a lab-grown rat lung for Time magazine. He traveled to various universities in the American South taking pictures of all the Southeastern Conference football team mascots for ESPN. He has photographed an extremely premature baby and ventured into a “doomsday” vault in the Frick Collection museum to capture images of rare sculptures. On one occasion, vintage timepieces from King Farouk of Egypt’s legendary collection were brought to his studio under armed guard, and another assignment had Chung cataloging copious amounts of illegal drugs in a Drug Enforcement Administration laboratory. His work is many things, but boring is definitely not one of them.

High on his extensive list of noteworthy experiences is working with a chimpanzee for a More magazine shoot about embryo transfers. The magazine’s concept was to depict various animals interacting with eggs of some kind. “I am a big animal lover, and I was so excited to meet the chimp that I went in the trailer before the shoot and played with him,” Chung says with a laugh. “So intelligent, it wasn’t like shooting an animal, he was like a child. He would stay on his mark for a bit, but once he decided to do something else, he would run off [or] throw the eggs. It was really a mind-blowing experience.”

I can’t think of anything better than being on set—the creative problem solving, the experimentation, the collaborations.”

The variety of his work also means that he must approach each assignment from a different angle. Sometimes a magazine will give him the text of an editorial, and he will operate almost as an illustrator, freely brainstorming imagery that will illuminate what is already written. Other times he receives commissions with advertising concepts that have been very painstakingly mapped out months in advance. Then Chung’s task is finding creative ways to execute someone else’s idea and bring it to life.

Susan Getzendanner is a photo editor at Dwell Media who has worked with Chung on numerous projects. When asked what drew her to Chung’s work, she is quick to note that it’s not one thing, it’s the whole package. As an example, she points to his first assignment for Dwell magazine—its Buyer’s Sourcebook issue, which required two features, each with seven or eight different objects shot individually.

“Jamie’s work is versatile, clean, elegant, sophisticated—with a hint of humor. With his technical ability, he can light anything. It was a no-brainer. I knew he would be able to shoot each series of products beautifully as well as make them feel different from each other while still having both photo series work within our overall Dwell aesthetic,” explains Getzendanner. “This may sound easy, but it’s not. Jamie was willing to spend hours finding the best way to shoot each item, and he had a smile on his face the entire time.”

For a young artist who has already achieved so much, Chung is still intensely focused on getting better, or as he puts it, “building his tool kit.” When I ask what sort of photography he would be doing if he weren’t doing still life, he demurs, saying that his goal is to get better in his own arena. Weeks after my trip to his studio and long after I have forgotten the offhand query, he sends an e-mail answering it. “If I could be another kind of photographer, I would want to shoot music—I’ve always loved seeing pictures of musicians recording classic albums or performing live—to be there in that moment, making the photographs that, in the future, people will look at when listening to the music,” he writes. At first it seems surprising. Going from the controlled and contemplative work he does now to the potential chaos of cramming into a recording studio with bands, engineers and hangers-on seems like a leap. But it comes to me that this one, not entirely groundbreaking question must have been knocking around in the back of his head through weeks of twelve-hour days while juggling various A-list projects, and yet somehow a carefully considered answer had still come my way, unbidden. Knowing Chung, he would find a way to be the eye of the storm. ca 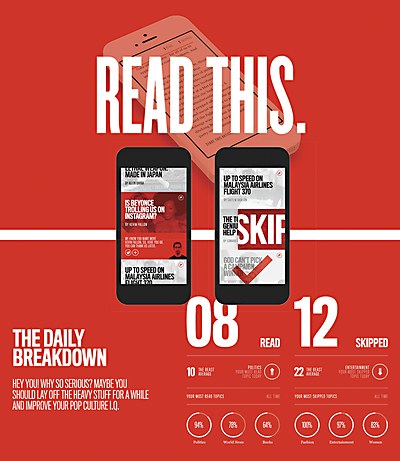 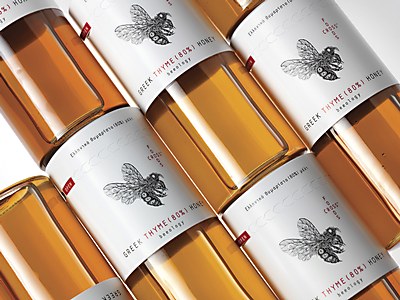 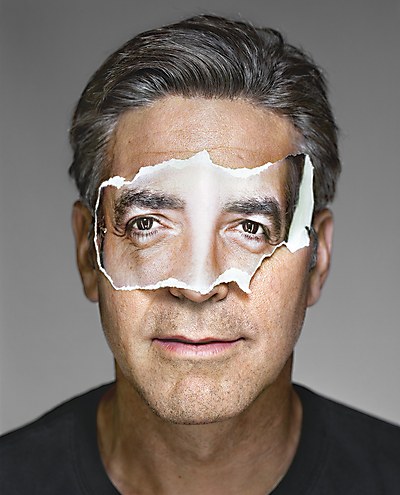