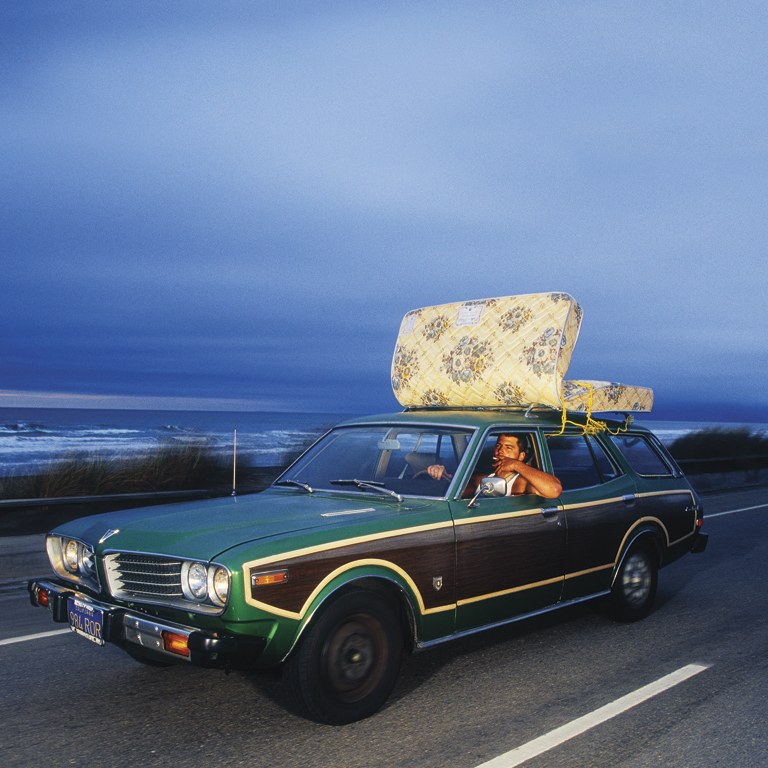 Risk, reward and intent define the work of this photographer. 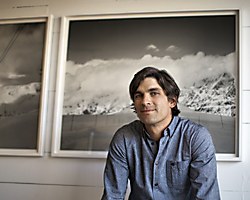 Large black-and-white prints dominate the walls in photographer Jamie Kripke’s Boulder, Colorado, studio; the Alps, framed in white, are at once crisp, serene, majestic. The pictures ask viewers to pause, to absorb. They resonate with a quiet reverence. Through the stillness, they hint at risk and reward, yet they couldn’t be further from the frozen action shots in Powder magazine that first drew Kripke to photography.

The oldest of three, Kripke grew up in Toledo, Ohio, surrounded by art supplies. His mother, a versatile artist, always had a studio full of cabinets that opened to markers, pencils, color and more. A painter/sculptor/ photographer, she embodied creativity, whereas Kripke’s father, a businessman, worked long hours in the steel industry to provide for his family. These two disparate influences, a bit yin and yang, right brain, left brain, mingled throughout Kripke’s childhood, took root and surfaced in different ways.

At sixteen, when his bedroom walls were covered in pages cut from Powder and Sports Illustrated, Kripke’s mother gave him a Minolta SLR camera with a macramé strap. It was a visceral connection and soon he became the photographer of his high school newspaper. It seemed only natural that the next step, college, would be to study photography. Not so.

“When you grow up in the Midwest, a conservative place, you’re not encouraged or expected to pursue art as a career,” Kripke says. Which explains why he entered his freshman year at the University of Colorado as a business major. It wasn’t until he showed up for a statistics course and saw students wearing suits that he realized he didn’t belong there. The avid skier who never left his camera behind asked himself, “What now?” He answered with, “Maybe I’ll be a doctor,” and spent the next two biology- and chemistry-filled years miserable. (“Got a D in Organic Chemistry. That hurt.”) Right before his senior year, Kripke, without a major, told his parents he didn’t want to be in school. That was fine, though his dad countered with a caveat: “He said, ‘Sure you can take time off, but you might want to write us a proposal on how you intend to use that time,’” Kripke remembers. “They wanted to know I was thinking clearly and not just quitting something I didn’t like.

“I didn’t feel like writing the stupid plan,” admits Kripke. It hit much too close to the five-year plans his parents made him do when he was young, which, he acknowledges, now make perfect sense. But at 21 it didn’t, so he went back to school, found the quickest route out—as a philosophy major—and took it. 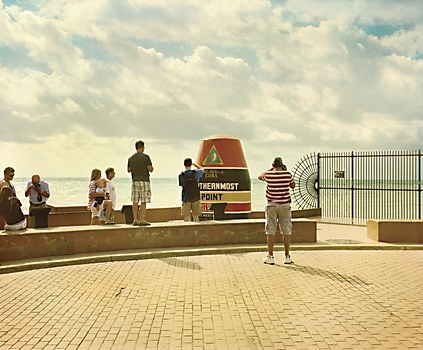 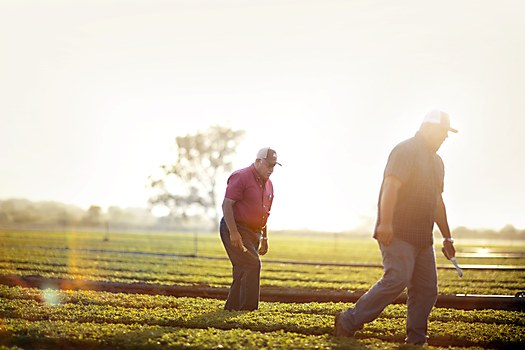 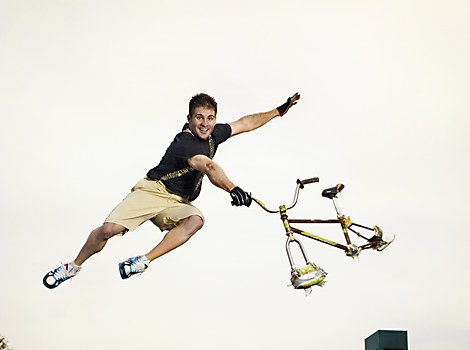 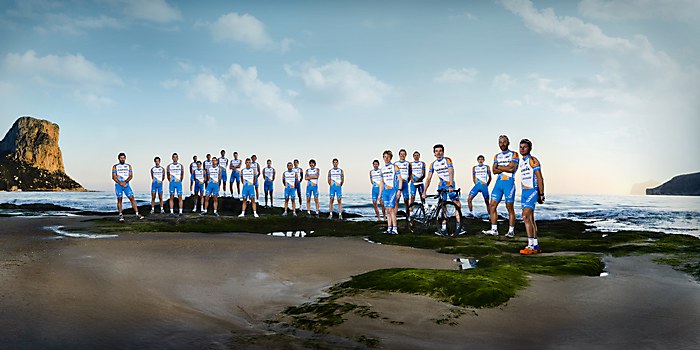 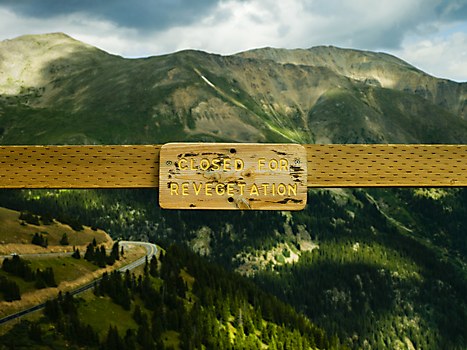 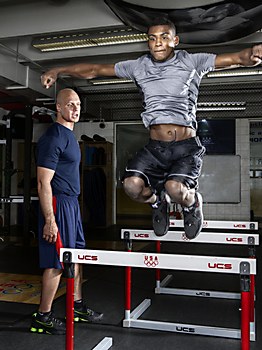 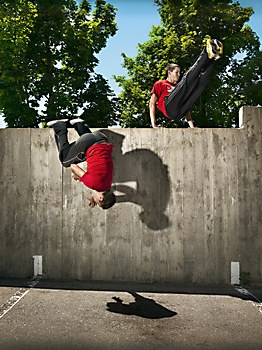 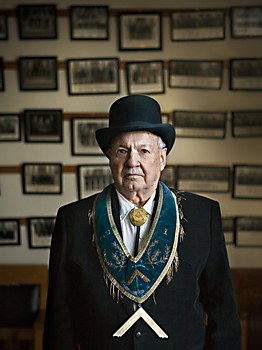 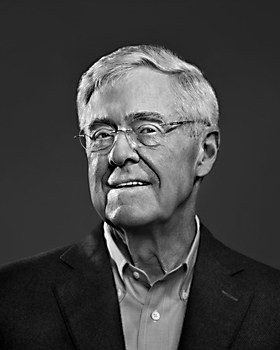 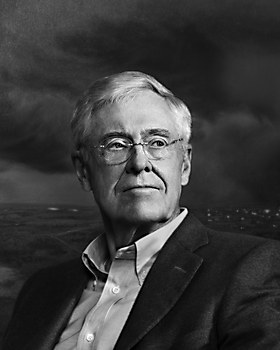 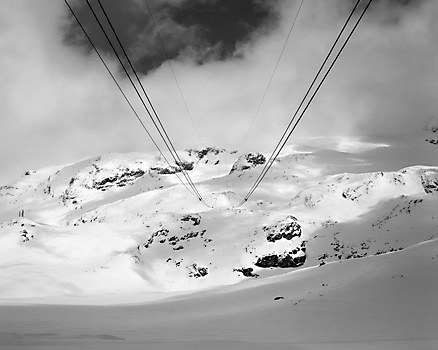 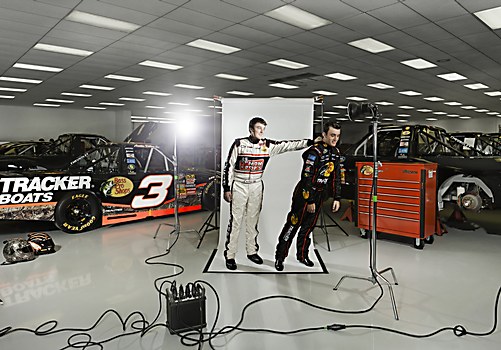 Today, sitting in his studio, housed in a historic corner store-front built in 1923, the 41-year-old photographer is married to Kate, a licensed clinical social worker, father of two girls, Kinley, age 6 and Bridger, age 3, and sees the wisdom of his father’s five-year plans. Though, while growing up, Kripke dreaded taking a piece of paper, writing down all he wanted to do and then putting it away—to be read five years later.

“The exercise is partly about having goals,” he explains, “but what I’ve come to learn is that it is more about the power of your subconscious. Just the act of writing something down is so different than just thinking it. It goes to another part of your brain and lives there. You don’t think about it much, but it manifests itself in a different way.

“I took out my five-year plan from 2006,” Kripke says, admitting that he and Kate are a year late in making their next ones (yes, this family tradition continues). “I was reading down the list and it was amazing how much I’d done.

“You have to be honest with yourself when you write it,” he continues. “What is it that you really want, because those are things you will do.”

So how did a recent college grad with a philosophy degree land a photography client list that includes Electronic Arts, GoLite, Visa, Chipotle and publications ESPN The Magazine, Forbes, Outside, Esquire and Inc.? It really goes back to skiing and, quite literally, Powder.

After graduating, Kripke set off with his camera and a friend, intent on skiing and ended up in Ketchum, Idaho. “Skiing’s always been part of my life,” he says. Between ski trips, he found the time to make a darkroom in his apartment where he developed his prints. The stars aligned when Powder bought one of Kripke’s pictures for $50, and he thought, “I can actually get money for this.” At long last, he made the conscious decision to be a photographer. It was 1996.

He’s calm and collected and great with subjects. He controls lights on stands and available light with the same deft touch. He sees the sublime and the ridiculous and makes them equally beautiful. I’m a big fan.”—Jim Surber, ESPN The Magazine

Kripke set out in a new direction that included an unpaid internship at Powder and serving as a photo assistant, a few times over. These experiences with different photographers had a profound effect on him. “David [R. Stoecklein] was a model of persistence, using only natural light,” says Kripke. “The sheer volume of film—all chrome—he would take on a trip was mind-blowing.” From Dan Escobar (a creative problem solver and 12th-degree black belt in lighting) and many other photographers over his four-plus “assisting years” in the Bay Area, Kripke learned to light indoors and out and how to pack a grip truck. Adding to that, he says, “Workshops with Frank Ockenfels and Dan Winters were instrumental in giving me the tools to make the images the way I visualized them.”

On the light spectrum, Kripke goes back and forth (“I love all of it.”), though recently he’s enjoyed paring things down and using available light. “When the only tools available are your camera and two lenses, your subject and the light, you have to be pretty creative to make something beautiful in that situation,” he explains. Which is exactly what he did for Chipotle on a cilantro farm in California’s Central Valley. He took a backup camera with him, but Kripke didn’t set up lights or use bounces. The result was raw. “There’s something exhilarating about that,” relates Kripke, “it’s like photography in its most basic form.”

At the other end of the spectrum is Charles Koch, conservative Libertarian funding the Tea Party, whom Kripke photographed for Forbes—with a bunch of lights on the set. “Jamie doesn’t take a picture, instead he creates a picture,” says Forbes photo director Robyn Selman. “His images read like little essays to me. They speak.” Indeed, Kripke’s photographs of Koch reveal a man we rarely see; with a slight tilt and a subtle twinkle Koch appears amiable, approachable, like someone’s grandfather. Though the magazine chose a photo depicting a stern corporate giant for its cover, Kripke says, “It’s all retouched and I love how it looks.

“I’m not in one camp or the other, every job has its own thing,” says Kripke. His ability to adapt keeps his phone ringing, and is one of the things Spencer Sass, art director at AKQA, noted early on while working with Kripke on a digital travel campaign for Visa. “We were involved in several international stills and video shoots from Mexico to Paris, where Jamie’s flexibility and improvisation were essential during the process,” Sass explains. “His understanding and patience with an evolving timeline and creative made the job that much easier.

“He really studies up before the actual shoot to best understand what the creative is trying to achieve along with the client expectations, and he always pushes for the absolute best shots, putting in the extra time to ensure we had plenty of options.”

Workshops with Frank Ockenfels and Dan Winters were instrumental in giving me the tools to make the images the way I visualized them.”

“I love working with Jamie,” says Jim Surber, deputy photo director of ESPN The Magazine. “Originally, I was drawn to his beautiful environments and rich color. But he’s much more than that—great portrait photographer, photo-illustrator and documentarian. He’s calm and collected and great with subjects. He controls lights on stands and available light with the same deft touch. He sees the sublime and the ridiculous and makes them equally beautiful. I’m a big fan.”

Kripke notes that his favorite pictures are ones that raise questions, create conversations. “Individual interpretations welcomed,” he says with a smile.

Todd Berger and Lucian Föhr, the design duo behind Berger & Föhr, concur, citing Kripke’s personal projects. “Without knowing him, his character—subtle, inquisitive, positive and full of intrigue—was immediately apparent and we found it quite appealing,” Berger says. “The nuance in these bodies of work is what draws us to them. The photos in his Freemasonry and China projects spoke to us in very much the same manner as his most recent body of work, Alps // 40.”

As clients demand and technology allows lightning-fast turnarounds, Kripke’s 2012 trip to the Alps—a gift to himself—was about slowing down. “For one week, I’m not going to turn on my phone,” he says, recalling his plans. “I’m going to shoot with this old film camera and I’m going to take a half an hour or as long as I need to compose each picture.

“It was so much less about the actual pictures and so much more about all that led up to it. Having the luxury of waiting ten minutes for a cloud to go over so the light would be better, waiting for things to align—and then taking the picture.

“I didn’t shoot that many pictures,” he continues. “I only took one camera, one lens, twelve rolls of film. That’s it. I limited myself intentionally to force myself to really think before shooting.”

It’s now time for Kripke and Kate to sit down and think about the next five years. His last plan, written in 2006, included having two children—check. “Another was to be [featured] in CA. Crazy,” he admits, clearly surprised as he shows me the plan. “I didn’t know it was on my list. I forgot.” Looking ahead, Kripke is focused on being a really good dad and making more time for personal projects. 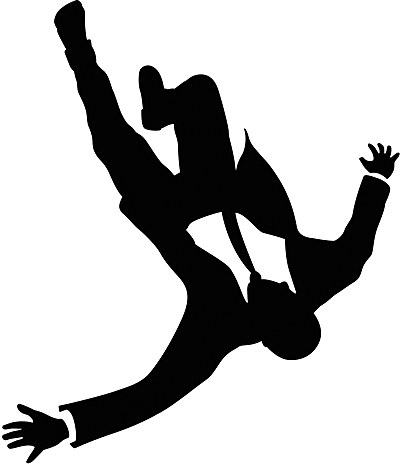 Features / Advertising
Mad Men
A look at the art that is truly imitating life (in advertising). 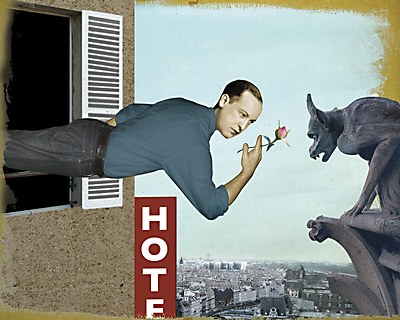 Features / Illustration
Ellen Weinstein
From Maui and Manhattan, this illustrator skillfully blends the old with the new. 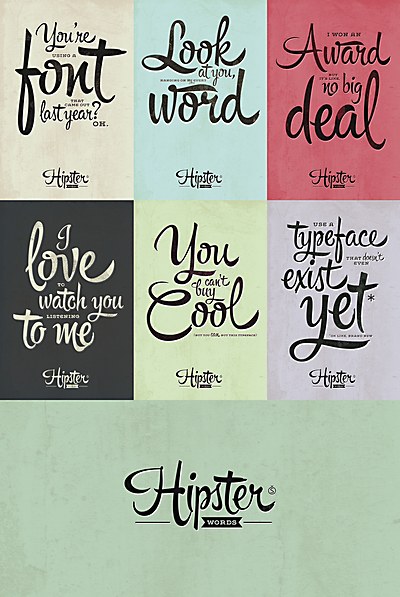