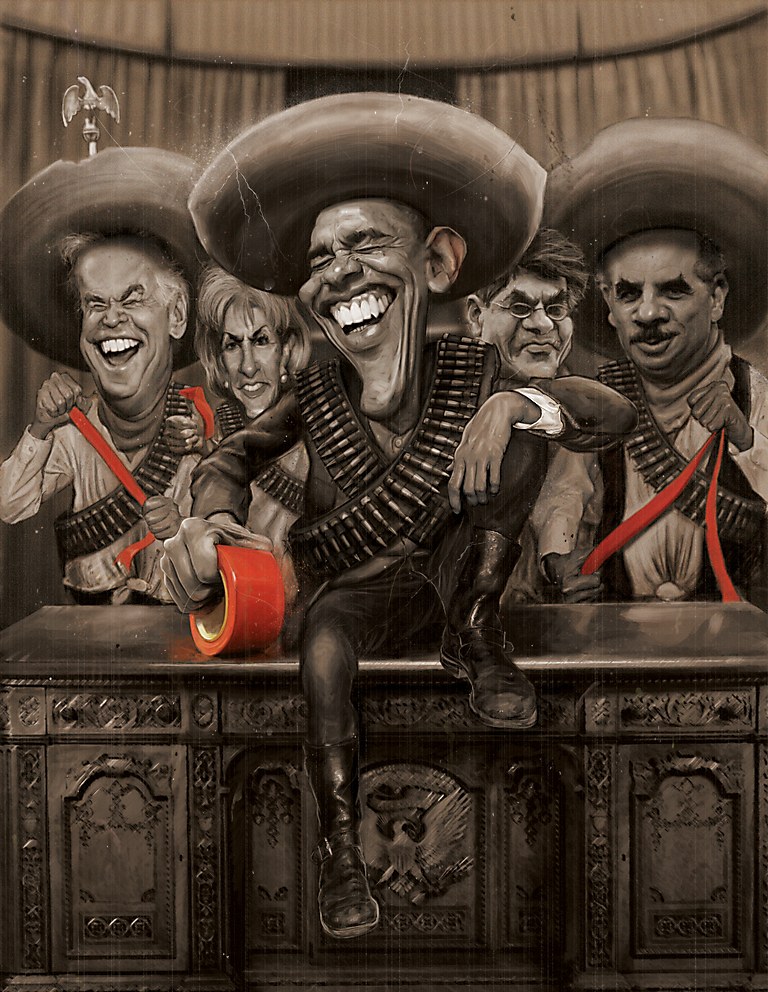 The artful caricatures of this Chicago-based illustrator reveal inner truths.

In illustrator and caricaturist Jason Seiler’s North Chicago apartment, there’s little to no separation between family and art.

Seiler’s tidy in-home studio—a white-walled den that branches off from the living room—is decorated with a large portrait painted by his wife, Jackie (who’s expecting the couple’s first child in the fall); a couple of paintings and a duck stamp by his award-winning wildlife painter father, Larry; a mounted fox that was a Christmas gift from his younger brother, Jeremy, who only recently began dabbling in taxidermy as a hobby (yet he has already won statewide awards in Wisconsin); a crayon drawing of Supergirl, created by one of Seiler’s two daughters (aged ten and thirteen) from his first marriage; and some of his own favorite projects, including covers from magazines and newspapers like the New York Observer, The Weekly Standard and Time that take up every inch of the room’s folding closet doors.

Seiler—who wears a newsboy cap, often smokes a pipe when walking around his Rogers Park neighborhood and sports a number of tattoos—embraces the collision of art and family in his life now. But as a young, small-town Wisconsin kid who couldn’t stop sketching, he was driven to forge a space for himself, by himself.

“My dad is an amazing artist, and everyone assumes that I learned from him, but I blew him off,” says Seiler. “To be honest, I don’t think I wanted him to teach me anything. My dad won Wildlife Artist of the Year in 1985, and as a kid, that was always hanging over me. [Because of] my dad, … whenever students would have to draw things at school, I expected that mine would be the one that was going to end up on display. And when it didn’t, I took it personally. I would go in my room and draw for hours and hours and hours and hours. My dad didn’t teach me, but because my dad was who he was, it was like I had to be a good artist, too. Otherwise, it’s going to be embarrassing.”

But art was also a refuge for Seiler, from an early age. He spent time at the local library researching sharks, putting together a detailed sketchbook with more than 350 species—and executing an award-winning shark wood carving at age twelve. He began experimenting with caricature at age ten because, as he says, “that’s how I saw people.”

By his sophomore year in high school, Seiler had already earned his first commission—from his high school principal, who, after seeing Seiler’s caricature of his history teacher, burst out laughing and offered to pay him to draw portraits of nine retiring teachers. After finishing high school, Seiler moved to Chicago, where he played guitar in touring punk bands, married his first wife, Kathryn, and worked for an inner-city missionary group, which led to contributing art and design work to the group’s magazine, Cornerstone. 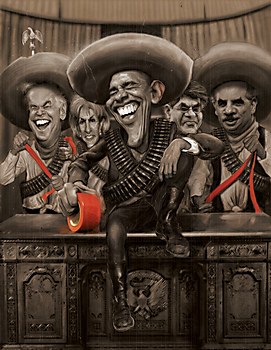 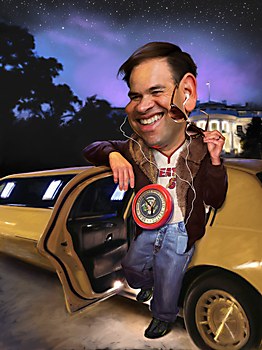 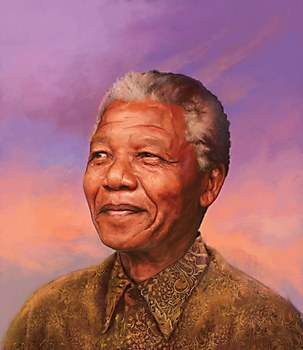 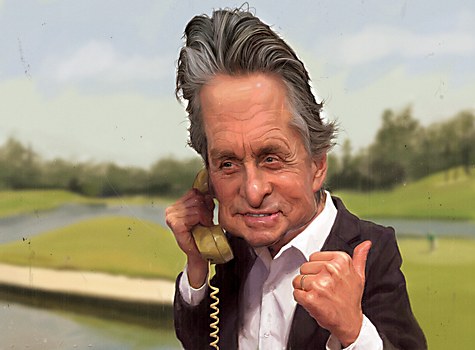 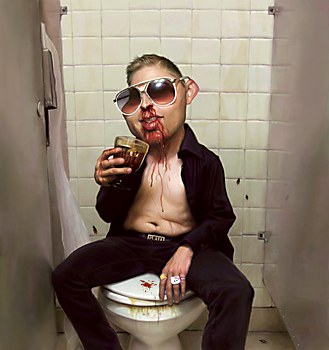 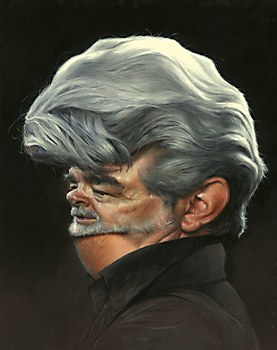 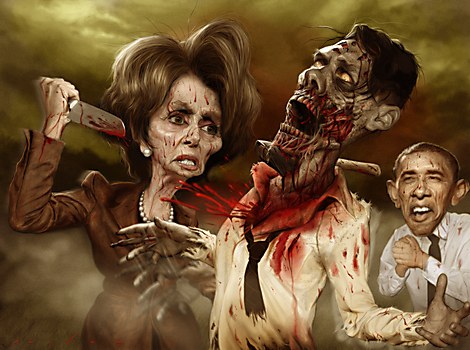 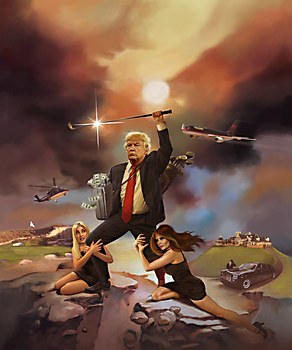 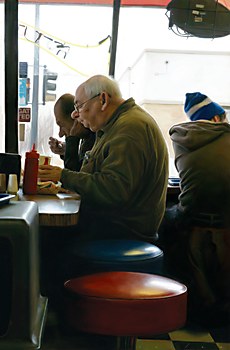 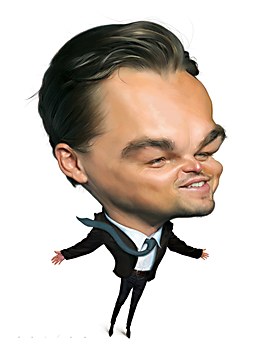 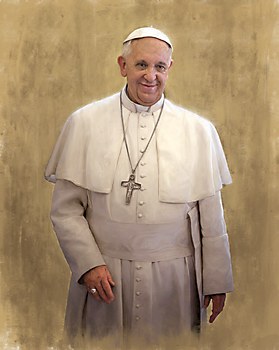 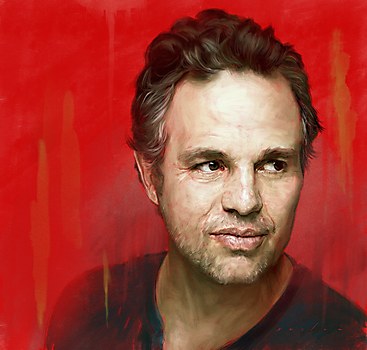 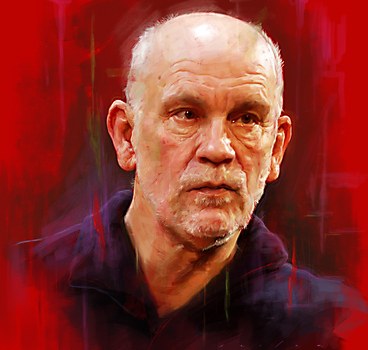 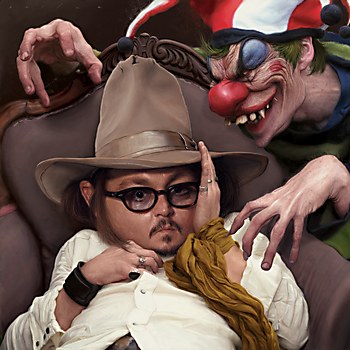 Strictly a pencil-and-paper illustrator at the time, Seiler had begun paying close attention to the illustrations being published in mainstream magazines. “I was like, ‘I want to be better than them, because if I’m better than them, and they’re getting work, then I’ll for sure get work,’” he says. But Seiler’s ambition and raw talent could only get him so far. To play in the big leagues, he knew he needed to learn to paint. And when Kathryn went into prelabor with their first daughter, Seiler experienced a whopping dose of new-parent clarity.

“I was in the apartment, starting to freak out,” Seiler recalls. “Like, ‘Oh, my gosh. I’m a failure. I’m a joke. I want to make it in the world as an illustrator, and I can’t even paint. I need to either quit or figure something out quickly, because how am I supposed to support this family?’” But instead of quitting, he decided he was going to do his first painting right then. “I got paints out and found a picture of Owen Wilson, and Kathryn comes out of the bathroom—it was false labor—and she said, ‘What are you doing?’ And I was like, ‘I’m painting!’ She ended up having our daughter that night, so every year on my daughter’s birthday, it’s kind of like my birthday, too. Because that’s the exact moment that I decided, ‘I’m really taking this seriously now.’”

Experimenting with watercolors and acrylics, Seiler developed quickly as a painter. But the mainstream magazine world still proved elusive. Seiler couldn’t seem to figure out how to break through—until he spotted an issue of Cracked magazine on a newsstand.

“The art was just terrible,” Seiler recalls. “So I had this light bulb idea. I wrote Cracked magazine, and I said, ‘I just saw your last issue. … To be honest, everything was pretty bad, and maybe I can help make it better.’ I wasn’t trying to be insulting, but I was thinking, ‘I need to just go for it.’ The art director wrote me back and said, ‘I’m the one that did the cover. … But you’re right. I’m not even an artist. I’m just trying to keep this thing going. How would you like the next cover?’ So I got the next two covers and a bunch of inside stuff. And what I did was pretty crappy at the time, too. But then I got this idea: I’m going to write all these crappy-looking magazines because none of the big magazines are going to respond to me—I don’t have anything to show. So I went to Barnes & Noble or Borders, found a bunch of cheap black-and-white magazines, got their information and wrote them all, saying, ‘Here’s my work.’ And I started getting work for these terrible mags for [almost] no pay.”

During this time, Seiler also studied fine art illustration part time for two years at the American Academy of Art, in Chicago. According to him, classes in public speaking and anatomy proved to be the most useful, but his teachers kept asking why he was in school instead of simply working, as did a few magazine art directors he met on a trip to New York. This gave Seiler the confidence to aim for the next level when he was assigned a Napoleon Dynamite–themed cover for religious satire magazine The Door.

My dad didn’t teach me, but because my dad was who he was, it was like I had to be a good artist, too. Otherwise, it’s going to be embarrassing.”

“Before this, I hadn’t put as much thought into my work,” says Seiler. “I thought if I used too much referencing, that was cheating. The idea for the cover was to have Napoleon Dynamite, Christ-like, with milk and tater tots instead of wine and bread. I thought, ‘This is a great idea visually.’ I decided that I was going to pretend that this is a cover for Mad or Time … and that I was being paid three to five thousand dollars.”

He painted his best cover yet and “never worked for that magazine again,” says Seiler. “I think [the creative team] kind of felt badly. They were like, ‘Holy cow, this is worth way more than $200.’ But the crazy thing was, with this job, that attitude changed everything. … The next job I got after this was Time, and then after that, Golf Magazine and Sports Illustrated. It just started happening.”

Not long after Seiler’s professional fortunes went on the upswing and he transitioned to digital painting to take on more quick-deadline jobs, his first marriage ended. But the illustrator eventually found new love with Jackie through a mutual musician friend, negotiated shared custody of his two daughters and achieved a career goal without quite realizing it: in 2013, he landed not just the cover of Time, but the coveted Person of the Year cover. It featured Pope Francis.

“Illustrators can be marvelously talented, but still utterly unable to capture the way someone looks,” says Phillip Chalk, design director of The Weekly Standard, one of Seiler’s biggest clients. “Jason makes it look easy. Because his style is so labor-intensive, he is at his best with relatively stark, straightforward projects.”

For commercial assignments, that style involves applying traditional painting methods and sensibilities while using digital tools and drawing inspiration from fine art. But as Seiler notes, his caricatures look remarkably grounded and real, whereas his portraiture is more self-consciously showy in its artistry.

“Caricature is a very tricky thing to do, and Jason’s years of experience with it inform what he does when he’s approaching a more ‘straight’ rendering of a person,” says Sam Viviano, art director for Mad. Seiler recently contributed a Mad cover featuring Donald, Melania and Ivanka Trump that was modeled on the National Lampoon’s Vacation movie poster. “Similarly, a straight portrait can oftentimes be kind of lifeless, but Jason’s able to bring the sparkle that often comes out of a caricature into a straight portrait.”

People are too sensitive nowadays. You’re missing the whole point of caricature. Caricature is not supposed to be mean. It’s taking something and telling the truth in an exaggerated way, and it can be powerful.”

For personal projects—like the large Johnny Cash painting that was propped on an easel in his studio—Seiler returns to traditional painting tools and leaves digital behind; however, doing anything but digital for commercial work, which often has a one- or two-day deadline, simply doesn’t make sense. And although doing political caricatures can sometimes be dangerous, polarizing work—Seiler has received threats, hate mail and a package he forwarded to the FBI that turned out to be mixed nuts—he wishes publications across the board would be braver about what they’re willing to publish.

“People are too sensitive nowadays,” said Seiler. “You’re missing the whole point of caricature. Caricature is not supposed to be mean. It’s taking something and telling the truth in an exaggerated way, and it can be powerful.”

Though Seiler is now one of the most sought-after and celebrated commercial illustrators in the business, he’s always looking for new opportunities. He has recently been teaching art students online through Schoolism; he’s working with a major movie studio on character development, sketching ideas for future movie projects; and he hopes to one day put together a show of his work, since his name now likely carries enough weight to be a draw.

“Earlier in my career, I wasn’t really into fine art or that world, the gallery stuff, because I grew up with a starving artist as a father,” Seiler says. “The fine art thing is not easy. I saw how hard my dad worked, and galleries sometimes take 70 percent. I saw my dad doing amazing paintings and not getting paid for them, so I always kind of felt drawn toward commercial.”

For now, though, another intersection of art and family lies immediately ahead for Seiler: he has to set up a new workspace in the apartment because his current studio will soon be repurposed as the new baby’s room. ca

Jenn McKee is a Michigan-based freelance writer and editor. Previously a staff arts and entertainment reporter for the Ann Arbor News, she now writes for publications such as the Detroit Free Press and Michigan Alumnus magazine and works as an assistant editor for the literary magazine Great Lakes Review. 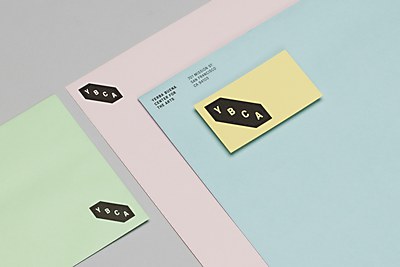 Features / Design
Manual
Big on concept, this San Francisco–based design firm fills its integrated campaigns to the brim with character. 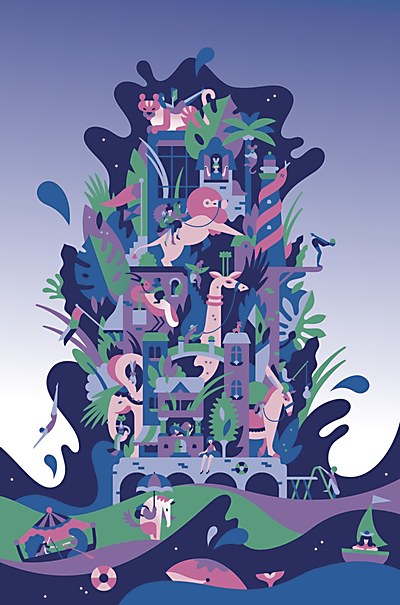 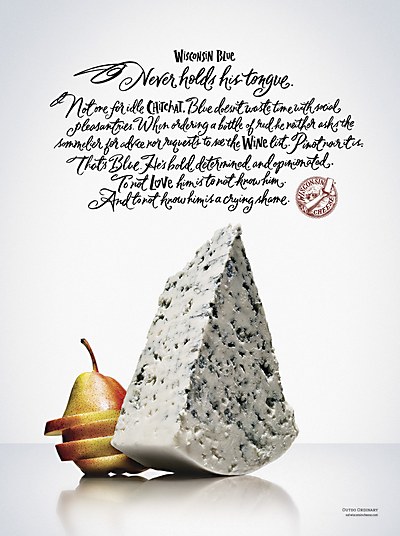