For this Brooklyn illustrator, art and type elegantly coexist. 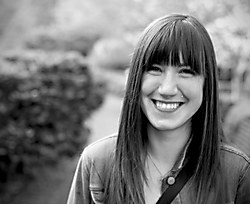 THE PENCIL FACTORY
A common perception of illustrators is that they prefer to work in the “splendid isolation” of their studios, lofts, apartments and homes. When they congregate at icon and other industry conferences, blinking in the light, startled by the sound of their own voices, they seem amazed to discover they’re not alone. The [Eberhard Faber] Pencil Factory, where the Yellow No. 2 once had its red rubber erasers made, represents a great exception. The graceful nineteenth-century, six-story, brick edifice in Greenpoint, Brooklyn is distinguished by a series of decorative six-foot pencils arranged in rows between upper windows. Inside, sharp minds today churn out creative ideas. The Pencil Factory is a scene.

Working among many writers, musicians, filmmakers, designers and a floor of wood craftspersons, a galaxy of independent illustrators share rent in subdivided studios, along a series of halls. Doors are always open. People mill in and out of work spaces. These artists thrive by sharing ideas and friendship. They represent a talented new generation of artist/illustrators who refuse to grow gray, lonely and dyspeptic in the wan confines of their littered home studios. 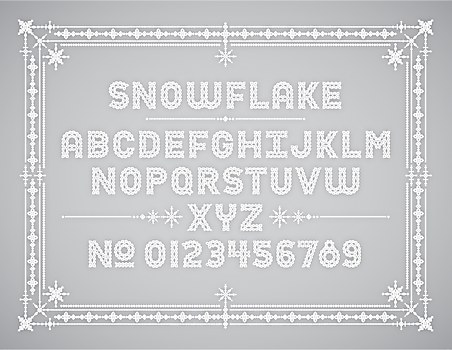 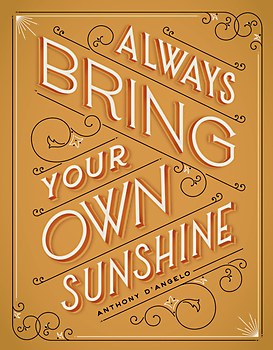 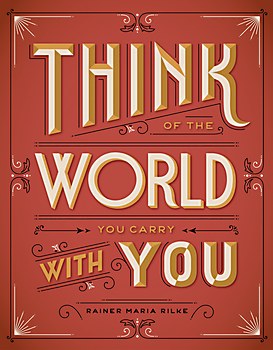 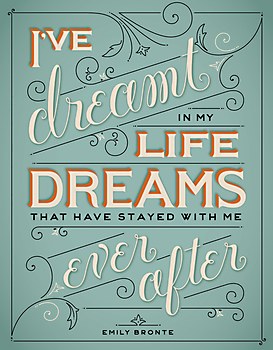 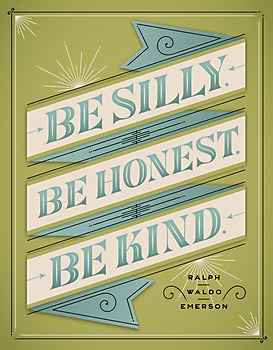 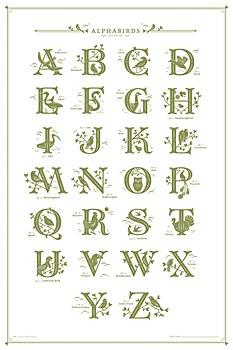 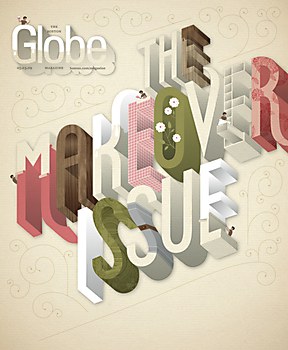 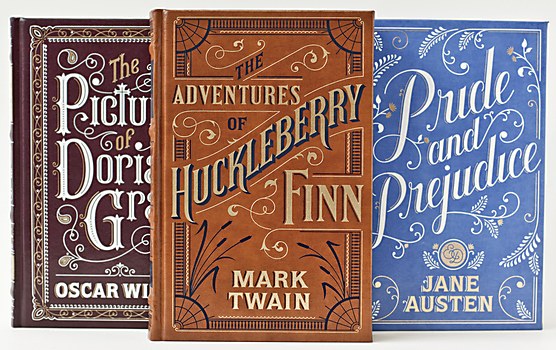 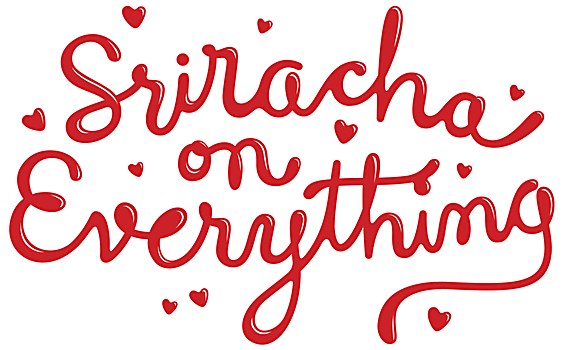 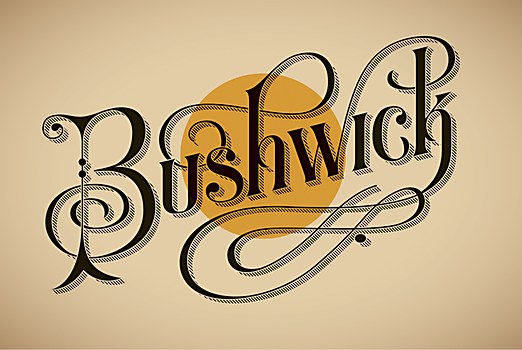 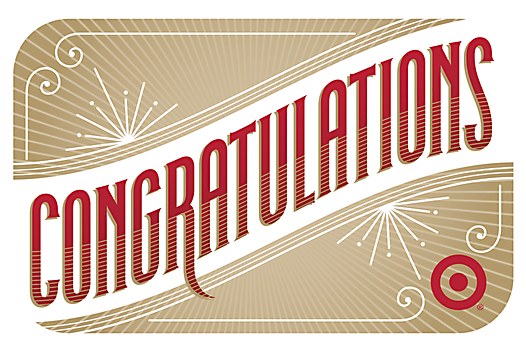 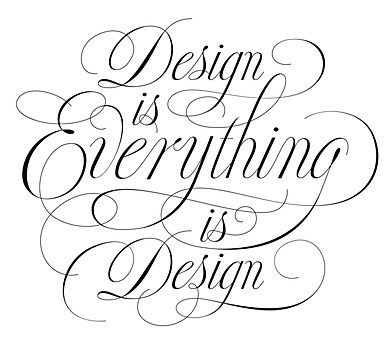 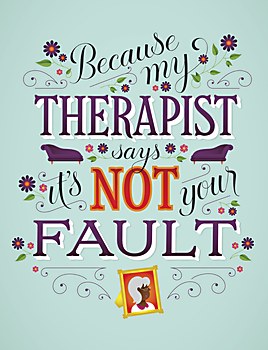 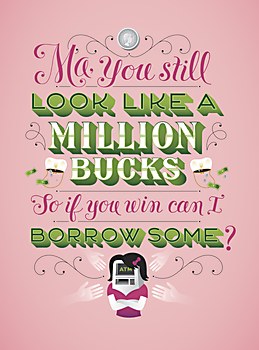 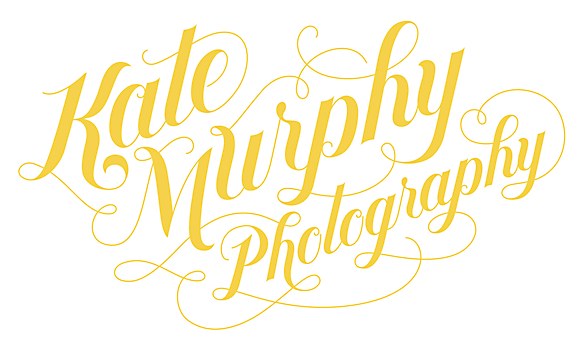 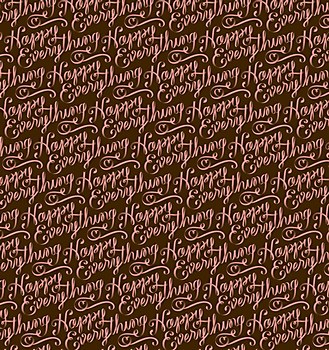 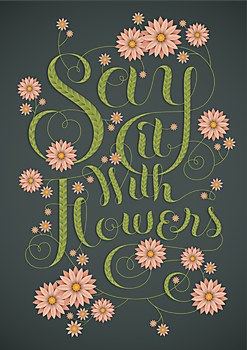 Hische is standing in a sunny spot down by the Guadalupe River, working with one student’s bracelet while helping another one weave a braid of thread into her hair. She swats down questions like mosquitoes. A soft spring breeze stirs the giant water oaks along the riverbank. We are as far away from the grime and grunge of Greenpoint as anyone can be. Wearing cowboy boots, a fat leather belt embossed with “Jessica,” she looks like she was born here. Her workshop, ostensibly about making braided bracelets, has a bigger purpose: friend making. Her twenty students are engrossed in their work as she moves among them coaching and encouraging. Face after face reads “a-ha!”

She makes it seem so simple. This is her gift. Her work connects because people see in it their own possibility. Like her mentor Louise Fili, she has a knack for finding the solution in the “obvious.” Her work is approachable, “I could do that!” It looks easy and obvious, but coming up with a simple exercise that engages and delights while encouraging even the most reticent to form new friendships is not. That takes vision and skill at levels surprising from a young woman from “Nowheresville, Pennsylvania.”

OUT OF ‘NOWHERE’
The greatest artistic careers are informed by what their owners claim are the most pallid and banal of childhoods. If you were raised against a background of solid beige and suede, you aspired to plaid in polyester fur. Hische was raised by supportive parents who fed her artistic curiosity with ample crayons, scissors and construction paper. In high school, she moved comfortably between freaks, geeks, jocks and the popular set. Her focus was not joining in, but moving up and out.

She told the blog Method & Craft, “As a nineteen-year-old from Nowheresville, Pennsylvania, I led a relatively charmed existence, but I didn’t feel like I really had much to ‘express’ yet. I knew I wanted to do something art-related for a living but I had no idea what graphic design was.”

In eleventh grade, she entered the local public school and began taking art classes. Without obvious credentials, that rare type of teacher spotted her potential talent and helped her along. She recalls, “Tyler School of Art recruited from my high school and my high school art teacher, Angela Glowatch, knew Tyler’s head of admissions, Carmina Cianciulli. My teacher told the admissions director that despite my unsubstantial portfolio (I had transferred high schools and wasn’t able to take many art classes prior to my junior year), I had promise and enthusiasm.” Cianciulli approved Hische for admission to Tyler before she applied to Temple University. This proved to be a huge blessing, Hische says, “I couldn’t have afforded any of the famed New York art schools or RISD.”
It’s a relief when the workday is over and my real workday can begin, uninterrupted by e-mail and general, necessary Internet surfing.”


SWEAT EQUITY
It turned out to be just the place for her, and not just for financial reasons. Tyler is a blue-collar kind of place. You win friends and respect by busting your ass, not showing it. Hische says, at Tyler nothing was handed to you. You worked for it. It was not a place for budding rock stars or divas. Respect was earned.

“At Tyler, once a professor saw that you were truly interested in design, they helped you in every possible way. If you sat passively waiting to be taught, you would get little back. You had to put yourself out there and prove that you wanted to be taught.”

She learned how to create her own opportunities.

SOMEONE SOMEWHERE
Towards the end of college while interning at Headcase Design in Philadelphia, Hische began planning to leave Philadelphia. She created and mailed 250 hand-drawn, self-promotional pieces, investing $2,000 in the promo. One person called back—and that person was Louise Fili, the Restaurant Queen of New York City. She offered Hische a job.

Hische reveled in the experience at Louise Fili Ltd: “She was my design mom. She is incredibly nurturing. She is the kind who remembers your birthday and brings the cake. She maintained a calm studio because she knew how to schedule work so that you avoided insane deadlines and workloads.”

Hische’s portfolio quickly transitioned from “illustration” to “illustrative lettering” and clients began requesting her. With Fili’s permission, Hische took on freelance projects at night. “The freelance projects allowed me to grow professionally,” she says, “because it gave me the opportunity to apply Louise’s lessons to my personal work.” Her confidence grew. She began to trust in her instincts. She began to take more creative risks.

After 30 months at Fili, she set off on her own. She was officially someone somewhere.

CREATURE OF HABIT
Every morning Hische rises in Bushwick Brooklyn, dotes on her cat and answers e-mail. Later, she makes her way by L Train to Williamsburg’s Bedford Avenue where she picks up a coffee at her favorite unmarked coffee shop El Beit, and then, rain or shine, strolls the final mile to her studio in the Pencil Factory. There she answers more e-mail, talks to her friends, organizes her thoughts and polishes projects in-process. She leaves early enough to have a decent meal before retiring to home to focus on new ideas where she is her most productive.

Hische says, “It’s a relief when the workday is over and my real workday can begin, uninterrupted by e-mail and general, necessary Internet surfing.”
As a nineteen-year-old from Nowheresville, Pennsylvania, I led a relatively charmed existence, but I didn’t feel like I really had much to ‘express’ yet. I knew I wanted to do something art-related for a living but I had no idea what graphic design was.”


PERFECT ENDINGS...AND BEGINNINGS
Back at Design Ranch, animator and illustrator Chris Sickels' [Red Nose Studio, Communication Arts, September/October 2008] is wrapping up his workshop’s fantastical “Frankenstein” one-minute stop-motion-animation film. Someone gets the bright idea that any good movie needs a great end title card, a letter-perfect finish. A few students have the perfect solution: Jessica Hische, down by the river making friendship bracelets!

Says Sickels, “The title card was my third group’s idea. They talked about making one on their own and then some folks decided they’d ask Jessica if she’d draw one for us. I don’t think I’d have the gumption to ask her even though her whole message at the ranch was networking and talking to people. But that’s what happens when you get a room full of creative people: Someone’s going to step up with a great idea.”

Hische sent them back with a sweet handlettered “End” card, paint still wet. “Everyone knew it was perfect. But then Jessica apologized for the ‘hack’ job she made of it,” says Sickels, “but it was better than any of us could have done—and in fact, it added the bit of ‘class’ to the animation.”

Hische thinks her spontaneity might be the sign of memory loss: “I have a theory that my process for drawing type has affected my memory negatively. I work in a stream of conscious way when it comes to type, making only general decisions up front and then letting the type evolve as I go. But I think not having to consciously queue up ‘inspirations’ as I go along might be slowly destroying my short-term memory.” Her protests of dementia are met with eye rolling.

There’s nothing wrong with Jessica Hische’s mind except that she hasn’t enough time in the day to put down all the ideas that spout from it. This woman takes the road less traveled. She has fan questions to answer. Clients to attend. Friends to make. Alphabets to imagine. A fiancé named Russ and two cats called Olive and Billy to love. And miles to go before she sleeps. ca 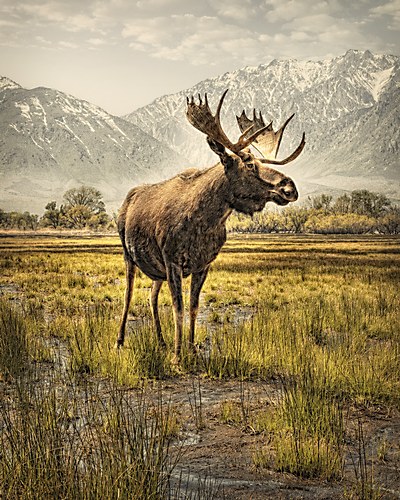 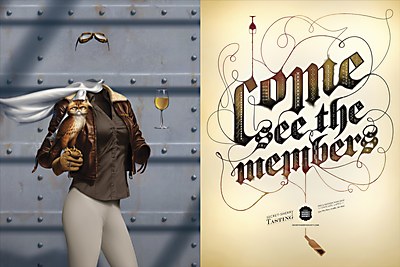 Features / Advertising
Creature
Like its name, the work created by this Seattle ad agency takes many forms.