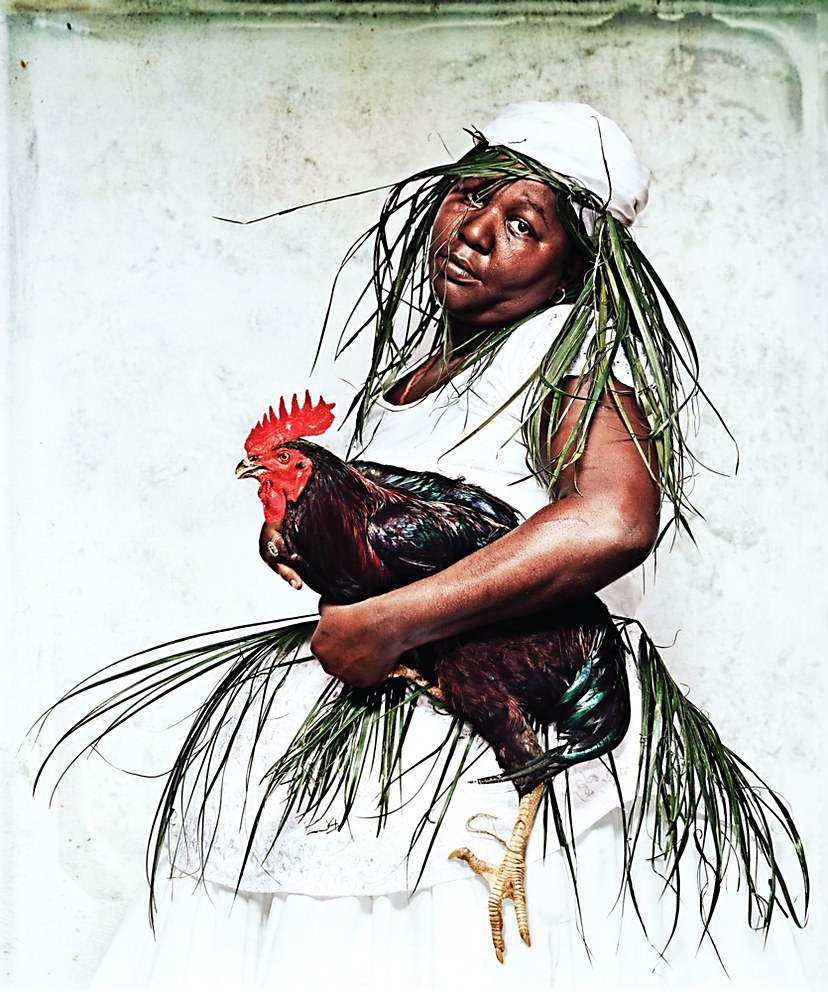 Blending elegance with an edge, the work of this Athens, Georgia-based photographer is both painterly and heroic. 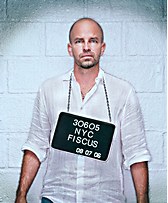 On a recent trip to the United Kingdom, photographer Jim Fiscus was questioned by an immigration agent about the 18 times he’d visited the country in the last 24 months. Stunned, he suddenly realized just how much he’d been traveling. Over the last four years, his photographs for HBO, Showtime, FX Networks, Channel 4, U.K. and A&E have garnered worldwide attention, and Fiscus, being the driven photographer that he is, takes his job seriously—and loves every moment of it.

Fiscus is quiet and charming, a true Southern gentleman. It’s easy to see how he’s able to work with a variety of personalities in the entertainment industry to produce unique results. He’s enthusiastic about not just making great pictures, but telling stories. His subjects participate in often complex compositions, rather than simply have their portraits taken.

Larry Merritt, vice president, creative director of Showtime Networks, remembers the first time he reviewed his book, “His images were striking and had a unique illustrative quality and texture to them. They were somewhere between a photograph and a painting: very modern, a little gritty and yet incredibly polished at the same time.”

Despite traveling frequently to London, New York, Los Angeles as well as remote and exotic locations for work, his feet are firmly planted in Athens, Georgia.

Fiscus grew up in rural Texas, on a farm northeast of Dallas. Before he entered junior high, his parents, Jay and Iris, decided that Jim and his sister should experience city life, so they moved to Dallas. “I had the best of both worlds,” says Jim. “It was a fantastic way to grow up—with tree houses, swings and horses.” 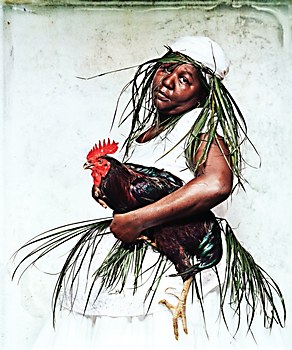 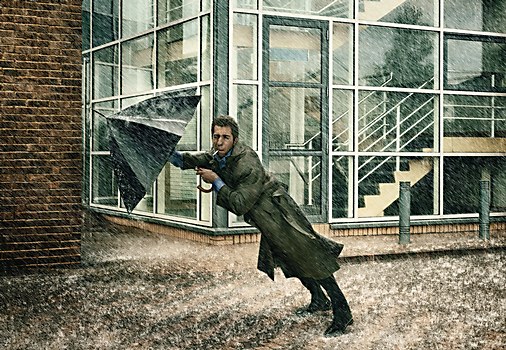 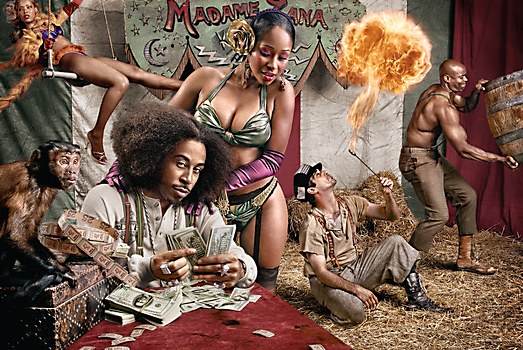 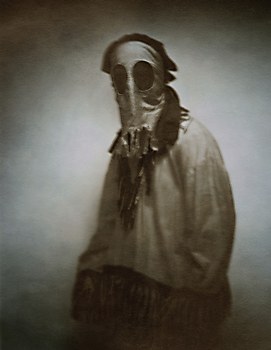 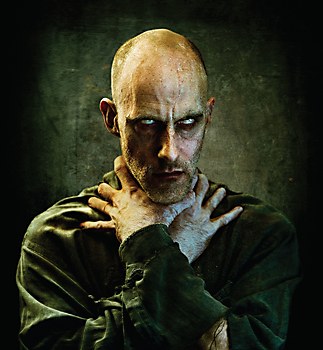 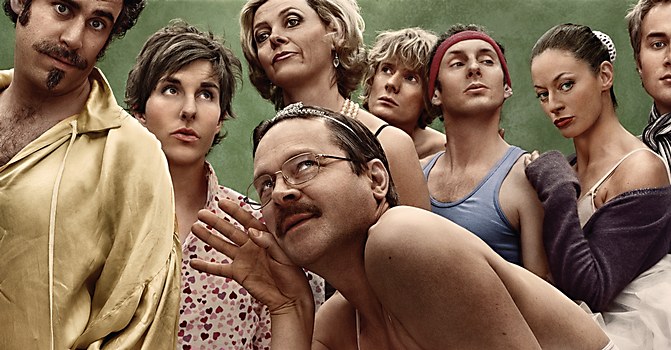 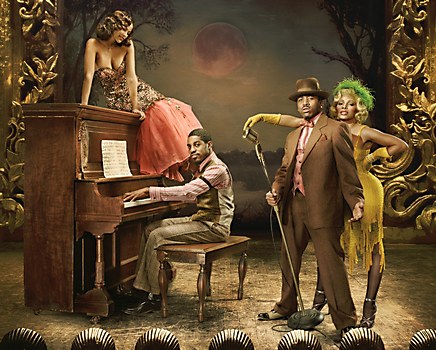 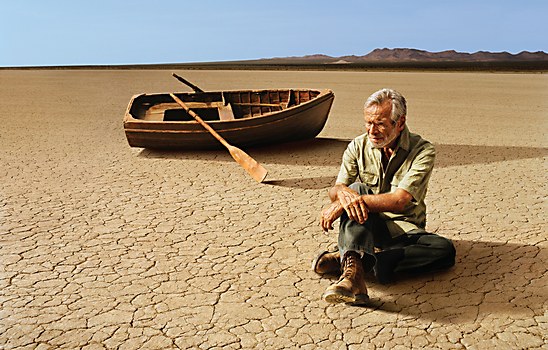 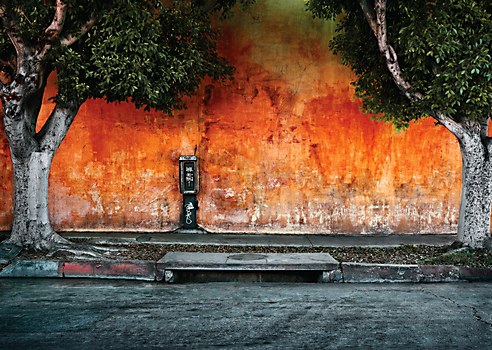 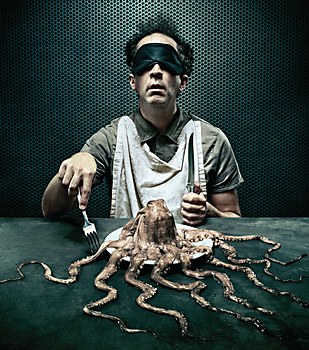 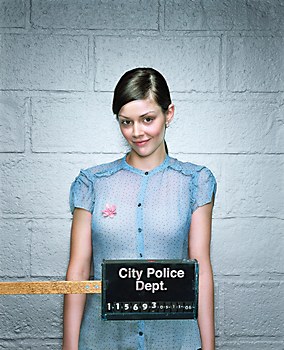 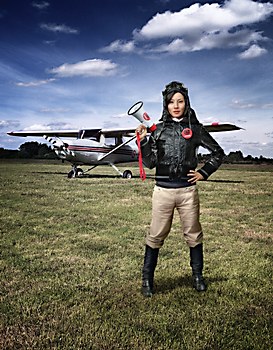 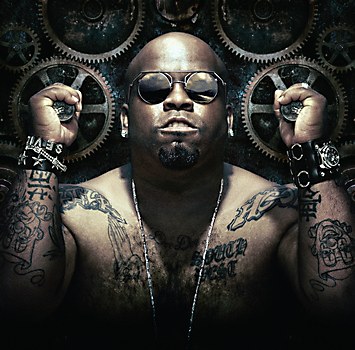 According to Fiscus, his start in photography was typical. It began with the high school yearbook class in the tenth grade. He liked photography and built himself a darkroom. “I was smart and unfocused, and that was the one thing I loved doing,” he recalls.

After high school, he went on to East Texas University to study under Jim Newberry, and to take some business classes at his father’s urging. But after a summer spent working at an Alaskan fish cannery and taking pictures, Fiscus knew he wanted to focus solely on photography. His father supported him to a certain extent, but wasn’t crazy about his new direction. So Jim became a plumber to help pay for school. “Other than plumbing, I’ve only done photography. That’s my choice: succeed at this or become a plumber. It was an easy choice,” he says with a laugh.

Newberry took a personal interest in him, encouraging him to study every photographer—above and beyond his classes. Years later after Fiscus was out of college and making a living as a commercial photographer, he returned to take an environmental portrait class with Newberry. “That’s when I started to deal with people.” Prior to that, he admits, “I was shy and so my pictures were somber and quiet.”

After college, he assisted and carried cases for a string of photographers before striking out on his own, landing his first jobs in 1992. The next year, he met his wife Lisa, a digital artist, through the company she founded, Jester Imageworks. As the relationship progressed, they began to work together, experimenting with layers. In 1994, layering was deliberate and conspicuous, i.e., flying toasters. Fiscus explains, “We were using layers to make pictures look real—so no one could tell.”

The work really began to evolve after a pivotal conversation Lisa and Jim had while admiring illustrators. “I love illustration because they [illustrators] get to do all sorts of perspective changes,” he says. “I said, ‘I wish I could shoot like that.’ Lisa, who had gone to Parsons and was a very accomplished digital artist, said, ‘You can.’

“Prior to 9/11, I was doing portraits of real people on location. We started to crush the blacks, make shadows look different, and things started to happen. Lisa would smooth out skin tones, and we sampled colors. Really what I was doing was pleading with people to let me do something creative. All this is so common now, part of our vocabulary. It just got more sophisticated with time. I started to get popular and everyone thought I had a ‘look.’”
Working with Jim is a collaboration in every sense of the word. He brings equal amounts of wit and discipline to every job." —Brett Foraker


With recognition, came requests for that “look,” but by that time Fiscus was ready to move on, to evolve once more. Bill Stockland, his rep, advised him to stick with what he was doing. “I wanted to do all of the other things that I’m doing now, cyan subtones, etc.,” he explains. Stockland agreed with him, but the work was brand new to people calling in his book, and he wisely advised Fiscus to have a consistent message; exposure is good, but must be managed properly.

“I didn’t want to be a look guy, I wanted to be a photographer,” says Fiscus. “This has been a strange road. People would hire me and say we want this to look like that. If it suits the strategy, that’s great.”

Today, Fiscus works closely with four digital teams in Dallas, Los Angeles, New York and London. Digital manipulation is just one of many tools he uses; Fiscus shoots 90% film, so he is able to create effects through film types and processing as well. (Lisa no longer works with Jim, she began importing antiques three years ago, though she still travels frequently with him.)

His greatest tool, by far, is lighting and Fiscus is masterful at lighting people and choreographing his team. “I’ll determine if we want hard light or soft light. There are a thousand ways to light people. Do we want them clean, meaning do we hit them hard so they pop off of this thing or are they supposed to blend into it?” he explains. Each production is controlled and systematic, which allows Fiscus and his crew to work on multiple projects. Andrea Smith, his studio manager of five years, handles the logistics and keeps things running smoothly. To meet with Jim, she either drives from Atlanta to Athens or catches him on the way to the airport, sometimes traveling with him on a shoot. First assistant Sean Moser and producer Eric Rasmussen, formerly Richard Avedon’s lighting tech, travel from New York and meet Jim wherever work calls. “Everybody has a role. We clearly define our minimum and do it immediately,” he says. “It’s especially important when you’re working with celebrities and their schedules—it’s ordered chaos. [We] create an environment where there is some structure and then let it fall apart in a controlled way.”

“He’s a master at lighting and his setups are extremely precise and complex, so his production schedule is always very thoroughly planned out well in advance,” says Showtime’s Merritt. “Though he maintains a very controlled set, he also keeps things light, plays great music and shoots quickly; as a result there’s a good mood and energy on the set and talent doesn’t get bored.
Other than plumbing, I’ve only done photography. That’s my choice: succeed at this or become a plumber. It was an easy choice." —Jim Fiscus


“That’s not to say that there’s no room for improvisation. When given latitude and freedom, Jim will bring an unexpected twist to a piece that brings it out of the ordinary into an award-winning image.”

Warren Eakins, creative director at mcgarrybowen, says, “Once I hired Jim things became quite easy. The better the talent, the easier it is to work and be more assured of getting a great shot. I believe you hire good people, create a situation where they can succeed, and then get out of the way.”

Fiscus thrives on collaborating with creative directors, and considers understanding the concept one of his strengths. This is where the creativity begins. “Whatever the concept is, I’ll research and look into it very heavily, particularly with the U.K. stuff,” he says. “The work over there is delightfully bizarre. They are so much more willing to take risks than the corporate world here. I really love that.”

Fiscus enjoys it so much that when he received a phone call from Brett Foraker, creative director of 4Creative in London, on the Wednesday before Christmas asking him to look at some Degas paintings and to get across the pond fast, he did. “We flew on Friday, prepped on Saturday, shot on Sunday, and flew home for Christmas Eve. It was insane.” He was there to shoot the actors of Greenwing, and it was not a normal situation for Fiscus, who usually has plenty of time for preproduction before walking into a shoot with eight celebrities (read variables).

“Working with Jim is a collaboration in every sense of the word. He brings equal amounts of wit and discipline to every job,” says Foraker. “Having worked with him several times now, the briefing process has become incredibly casual. We show him some ‘scamps’ and give him a couple of references and off he goes. He will send back reference material of his own and begin tweaking compositions to get the most impactful frame he can. No matter what curve-balls he is thrown he never loses track of his end goal, to produce eye-catching, page-stopping images. I think we are seeing one of the great journeys in modern photography,” he concludes.

At 42, Fiscus has a true sense of appreciation for what he does, the crew he works with and the creative directors he collaborates with. “We’re a team. They help me make great pictures. It’s not a solo act.”

He’s in awe of his career, admitting it’s surreal flying to London to photograph Lucy Liu. As for the future, he plans to continue his commercial work, while making more time for personal projects. But he also enjoys life outside of photography, traveling through Europe with Lisa and riding his motorcycle. In fact, last summer Jim and Lisa took their first real vacation in over two years. It was time. They are expecting their first child early this year, a whole new production for this consummate artist. ca 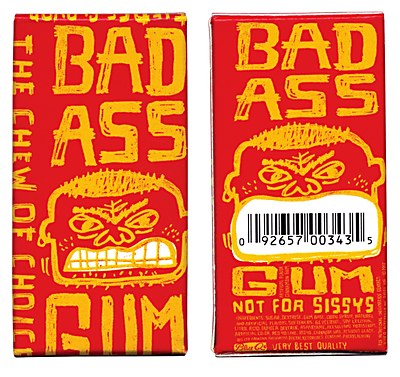 Features / Design
Haley Johnson
A Minneapolis, Minnesota-based designer who creates success on her own terms. 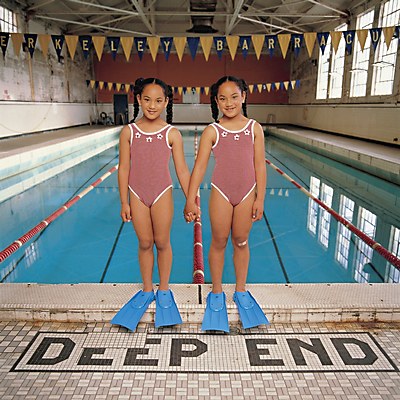