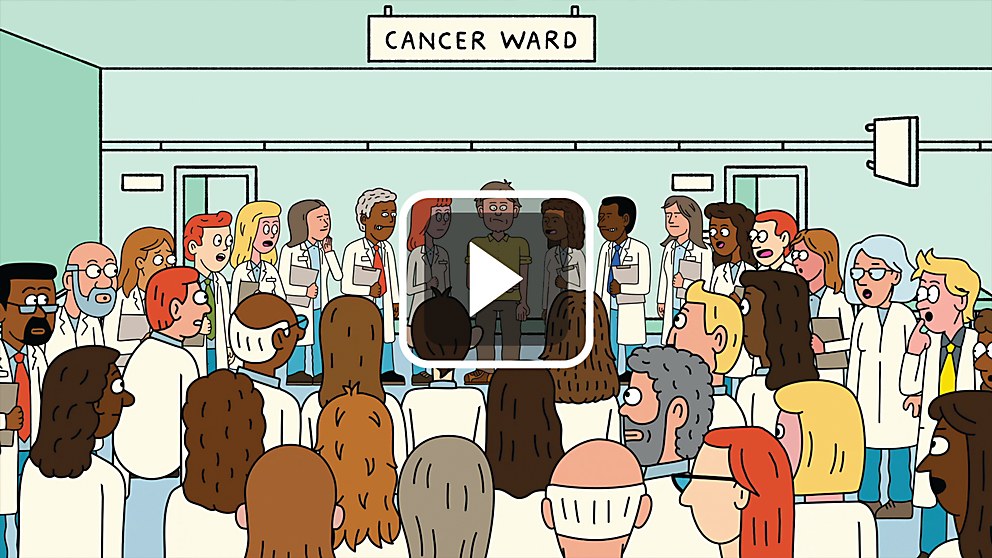 There’s Something About JOAN

A New York ad agency draws on its high cultural IQ to conceive fresh ways of connecting with consumers.

Since Jaime Robinson and Lisa Clunie launched their New York–based creative company in 2016, JOAN Creative has become the full-service agency the ad world almost didn’t see coming. Under Robinson and Clunie’s leadership, JOAN Creative was lauded as one of Ad Age’s agencies to watch in 2018. Just two years later, in 2020, it was named by Ad Age as a small agency of the year. And that same year, it welcomed sister production unit JOAN Studios and hired Wieden+Kennedy and Droga5 vet Lauren Costa as executive creative director.

JOAN Creative was born “at the intersection of audience and digital-first media,” says Robinson, who adds that it is one of the very few agencies that knows how to craft a big brand idea and execute it in modern digital spaces. In the old world of broadcast television, a multimillion-dollar spot falling flat could mean the end of a career, Clunie says. In digital, there’s more room to experiment. “You can move with the speed of culture in a much more interesting way,” Clunie says, and if you’re too married to any one of your executions or strategies, you will quickly find yourself unhappy. Her advice? Move with the times. Live with the times. And rise to the occasion. Companies should be responsive and inclusive, she says.

“We look for ways to tap into people’s creativity, to make connections and to get people involved,” Robinson says. And the result gets people’s attention, like how the agency turned heads in 2019 with its “Work Done” music video for Fiber One—a campaign that pumped new life into the brand with an honest look at women’s right to choose plastic surgery, while simultaneously introducing consumers to Fiber One Brownies’ product revamp. We’re talking blow-up lips, disappearing wrinkles and enhanced body parts, with a reality star–studded cast and a catchy song.

Besides being digital first, JOAN Creative is also lead by a team of women. In fact, the agency’s name pays homage to legendary figures such as Joan of Arc, Joan Chen and Joan Armatrading. “All of the Joans who have ever been super modern but also long lasting. They’re important to us even today,” Clunie says. “That’s the spirit of our company.” 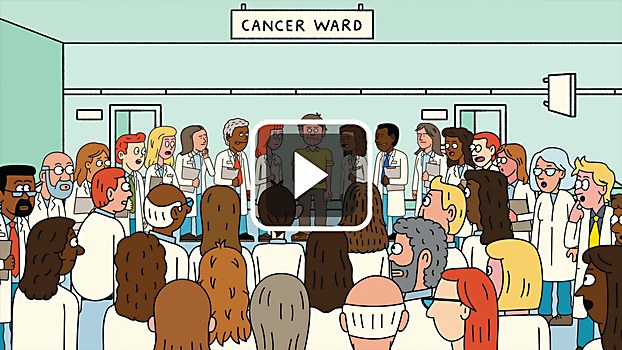 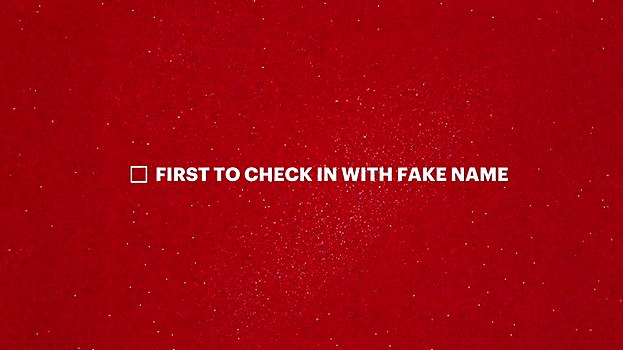 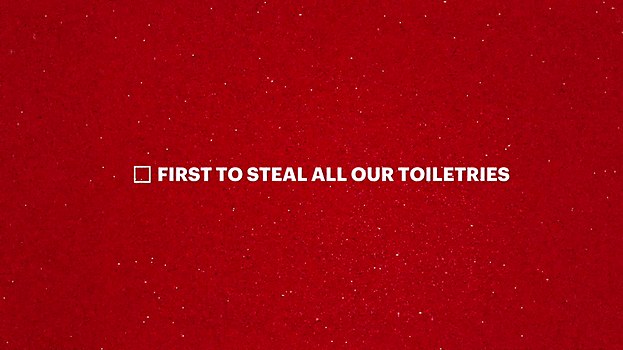 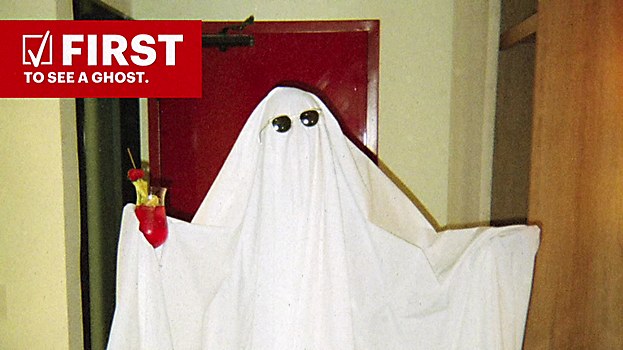 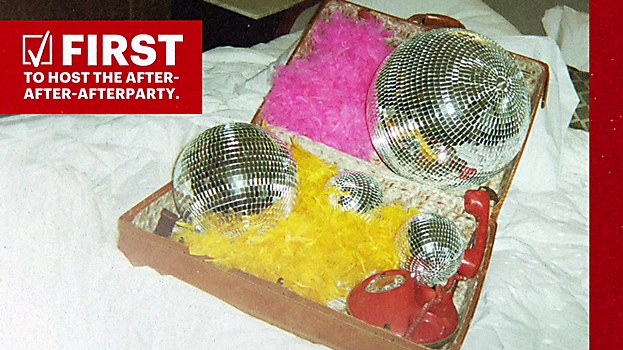 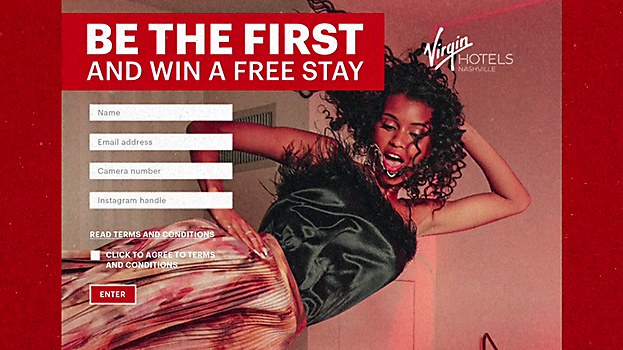 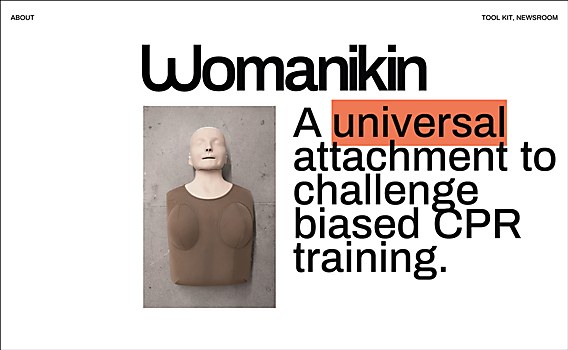 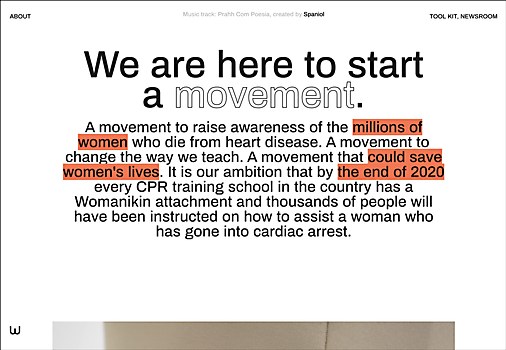 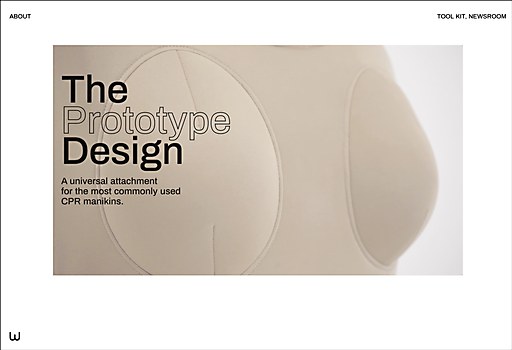 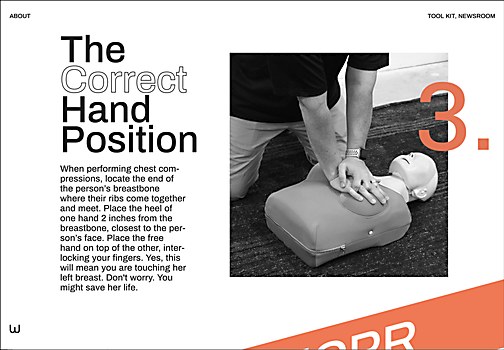 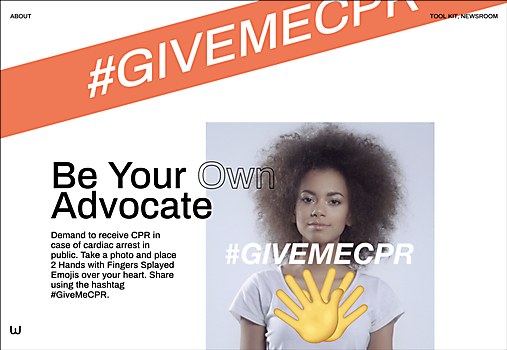 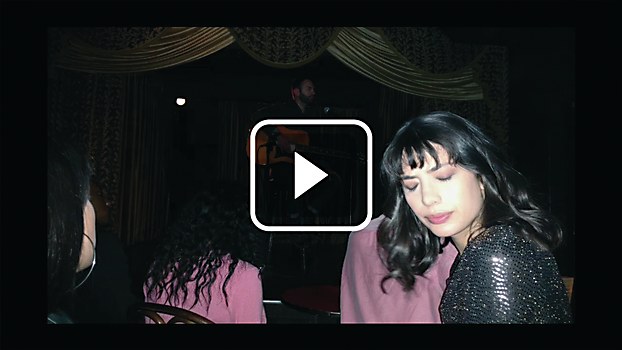 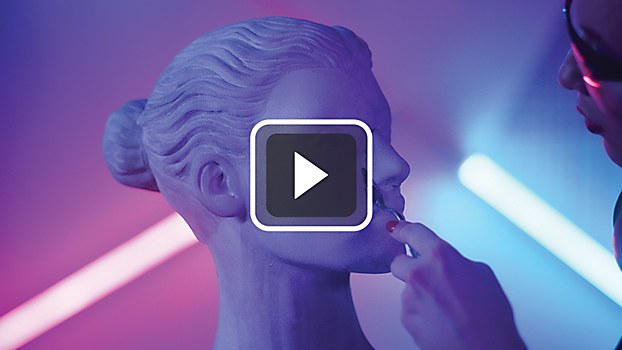 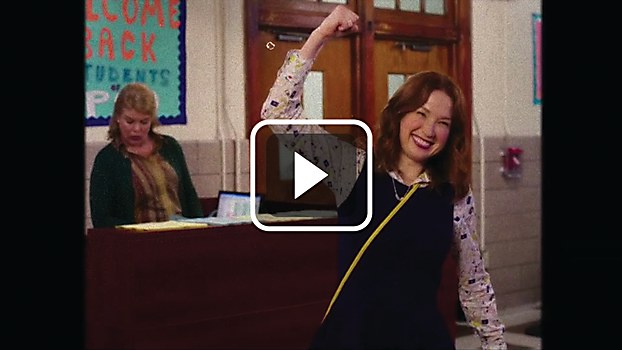 JOAN Creative considers itself to be a progressive company with women in leaderships and a diversity pledge to work with those who don’t have a major platform, giving them a fighting chance and “a place where they feel like they can bring their ideas to somebody who’s maybe a little more open to a different point of view,” Clunie says. As protests and calls of justice grew over the summer of 2020, JOAN Creative didn’t have a knee-jerk response. “We actually already have, frankly, a priority on how we create, with whom we create, how we cast and how we write insights,” Clunie says.

When Clunie and Robinson first met, Robinson was a top advertising executive who had just wrapped up her time as co–executive creative director at Wieden+Kennedy New York. Before that, she served as vice president, executive creative director, at Pereira O’Dell. During her tenure there, she led the creative development for a notable web series for Intel and Toshiba called The Beauty Inside. The campaign won both an Emmy and a Cannes Lions Cyber Grand Prix. All of that to say, she knew her way around the industry.

Still, Clunie was unlike others. Her brain worked in a way Robinson says she had never encountered. “Just the vision into the future that she had was so thrilling, I was like, ‘We’re going to be best friends,’” Robinson says.

Recalling the same story, Clunie gets a mischievous twinkle in her eye before breaking into a fit of laughter. Their meeting was an opportunity Clunie had been hoping for. She was serving as chief operating officer of Refinery29 at the time. It was a pivotal moment in the digital media platform’s history as it was dabbling in the experiential space with 29Rooms as well as in filmmaking with the Shatterbox short film platform. Clunie describes her background as big digital, interactive and “everything but advertising.” Throughout her tenure, she had never worked with a woman executive creative director. That was until she learned of Robinson. So, she reached out in hopes of bringing Robinson to the media company.

Fate had other plans. Robinson was already toying with the idea of launching a creative agency, and instead, the two settled on going into business together. They set out to shake up the ad world with a two-punch motto: make legendary brands modern and modern brands legendary.

We look for ways to tap into people’s creativity, to make connections and to get people involved.” —Jaime Robinson

One of their first clients was modern brand Netflix. Around the 2016 Emmy Awards, Netflix needed to extend the buzz around its content starring women talent. The agency came up with “Rules for the Modern Woman,” showing characters like Piper Chapman from Orange Is the New Black and Eleven from Stranger Things in an old-school-style etiquette video that seared JOAN’s name in the creative industry.

The duo has also worked with legendary brands like General Mills. The agency hit the ground running to get consumers as excited about chicken as General Mills brand Progresso was. With a pulse on what was trending at the time, the agency tapped John Lithgow and his “exuberant voice” to voice the spots. When Lithgow went on a press tour for period drama The Crown, in which he played Winston Churchill, he talked endlessly about Progresso soup at one of his press stops. It’s a win in JOAN Creative’s book.

But for every win, there are challenges. For the Netflix campaign, for example, the two only had themselves, a creative director and a producer. In fact, the day before they were cutting the spot, they still hadn’t found someone to do a voice-over. All eyes turned to Robinson. “Everybody looked at me, and they’re like, ‘You’re gonna do it.’ And I’m like, ‘I’m gonna do it?’ And they’re like, ‘You’re gonna do it,’” she recalls.

Throughout their tenure, there would be a lot more stories like that. When asked if there were ever any moments when the two struggled, Clunie says the question would be better phrased as how many times did the creatives struggle. There was the first time they were fired from a client. The time they hired talent who didn’t fit with the agency’s mission. The time they didn’t deliver on promised work. The time money was tight and they feared they wouldn’t make payroll. The duo recalls a moment of despair, when Robinson looked at Clunie and said, “I would sell this business for a 20 percent off Bed Bath & Beyond coupon right now.” And she meant it. It was the worst thing she had ever said, Clunie attests.

“In the past, we were flying too fast to stop and look and make decisions,” Clunie says.

But over the past five years, Clunie and Robinson have taken their scar tissue on the chin. “You become a tougher person. You become a stronger person. And you become more resilient. You’re able to pick yourself up and go, ‘Alright. That wasn’t great. We didn’t deliver this time. Let’s go back and fight and make sure we do deliver the next time,’” Robinson says.

All of the Joans who have ever been super modern but also long lasting. They’re important to us even today. That’s the spirit of our company.” —Lisa Clunie

In some ways, maybe the two were better prepared for change no one could have predicted to come in 2020. In the middle of a global pandemic and a summer of political polarization and protests, brands and agencies were fighting an uphill battle. Not only to reach consumers in an authentic way, but also to continue to work with uncertainty and limited mobility.

For JOAN Creative, the first hill came at the beginning of the pandemic, early in 2020. Just before the pandemic lockdown, the agency was creating work for Virgin Hotels. Going the humor route, the game plan was to film on location, pointing to what amenities the hotels had to offer. But then the world came to a screeching halt. People were getting sick. The needs of the brand changed, and the agency had to pivot.

Robinson and Clunie put their heads together to rewrite the scripts so they would still be able to talk about all of the hotels’ amenities, but through the lens of a staycation. JOAN Creative produced a staycation-themed video campaign urging anyone who missed using their frequent flyer miles or spending time with their partners or kids amidst the COVID-19 pandemic to “let Virgin Hotels help.” In the spirit of audience participation, the agency and the new Virgin hotel in Nashville handed out disposable cameras, encouraging guests to take photographs of themselves using hotel amenities. JOAN Creative would flip those photos, using them for user-generated content showing guests “breaking in” the hotel, like being the first to push all the elevator buttons at once.

From a business standpoint, when lockdowns first started, the future was scary, Clunie says. They questioned if the economy would fall to pieces and even if clients would stop paying for work, a fear many entrepreneurs across the industry could most likely relate to. “Jaime and I made a commitment to each other that no matter what happens, let’s try to keep as many jobs as possible and not lay anybody off unless we absolutely have to,” Clunie says. They didn’t have to eliminate positions, and it’s something that will forever stay with them, she says.

Within just five years, they’ve done a lot. They’ve opened a production studio, won big clients and racked up award after award. Clunie gets a bit misty-eyed when she thinks of where they’ve come from, noting that the best is yet to come. “The work that we’ve done as a company and also for our clients in the past year and a half, we feel is really setting us up for a great future,” she says. Even in these uncertain times, they’re still hopeful for the future—a future where their work grows, their clients grow and they, of course, grow themselves. ca 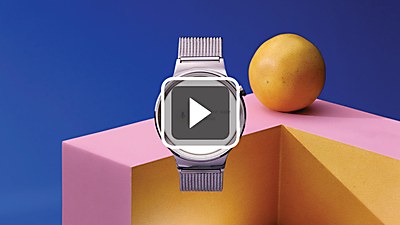 Features / Advertising
FRED & FARID
The creatives at this ad agency’s four global offices focus on concepts that the heart can easily understand. 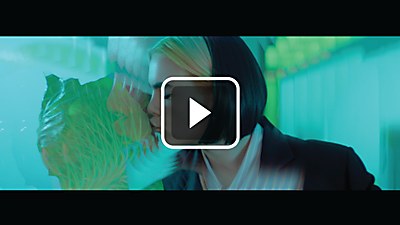