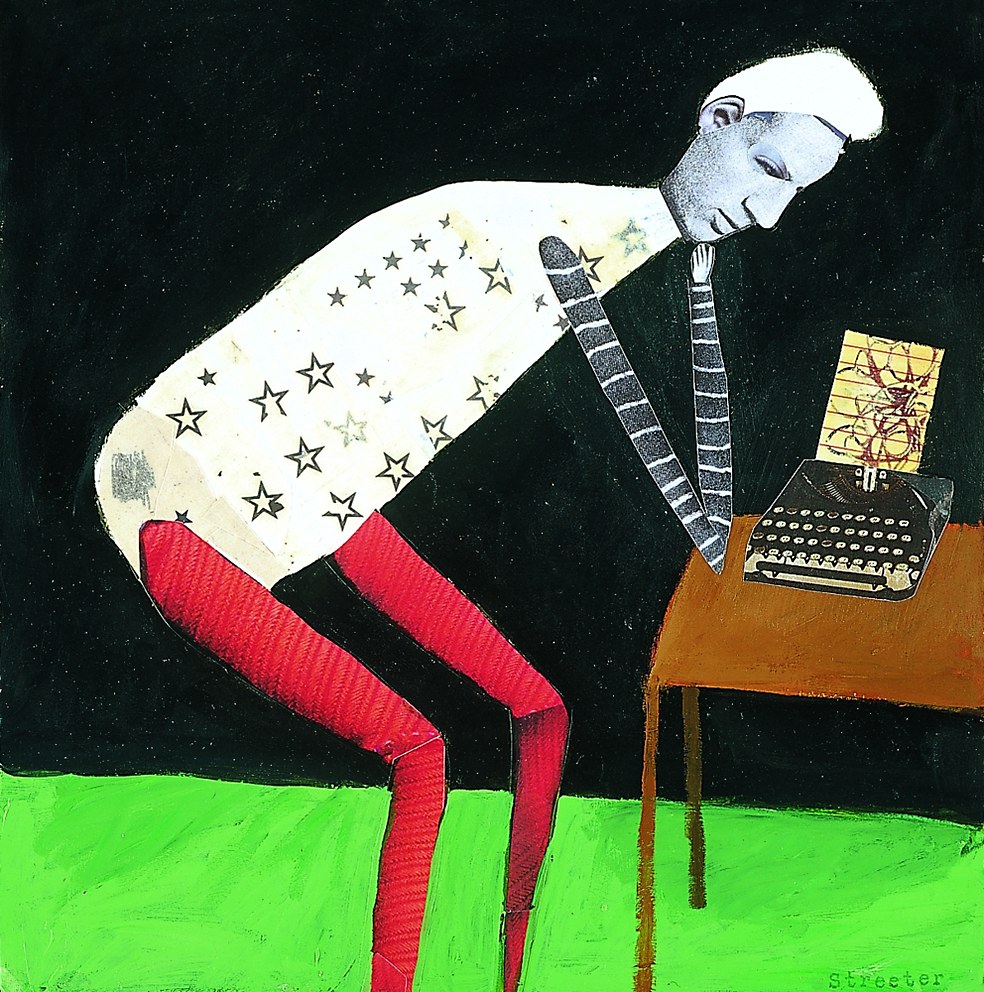 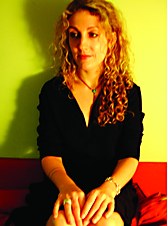 Streeter has been an illustrator for nearly ten years, working with a range of editorial, advertising, book and music clients, including Harper Collins, the New York Times, Bloomberg, Shape, Forbes, Grolsch and Yupo Paper Company. Her work has been featured in American Illustration, Communication Arts and Print, among others.

The New York City-based illustrator always had a proclivity toward art. As a child, she'd get up at the crack of dawn to watch the Uncle Bob painting show and make the projects demonstrated. That eventually led to the Massachusetts College of Art and a formative semester at the Chelsea College of Art and Design in London, United Kingdom, in the early 1990s.

"I went to art school in Boston and stayed in the city for a few years, freelancing for small papers and magazines and interning with a few designers," she relates. "It was a slow start—I shopped my book around to the publishing companies and was often asked to donate samples of my work to decorate their office walls, but was told that my work was too dark or edgy for a lot of commercial book covers.

"I was doing a lot of experimenting before I narrowed my style, so I realized that inconsistency was a cue to do more personal projects and work out my own vision. I moved to San Francisco in those first years of freelancing. I had never been to California before. Once there, my work changed a lot. I was influenced by the environment: the colors, light and open-air quality of the West Coast.

"I showed my portfolio to local magazines and agencies while creating a lot of personal work, such as a series of fictional narratives about café culture that were intended for—and shown in—the coffee shops of the city." 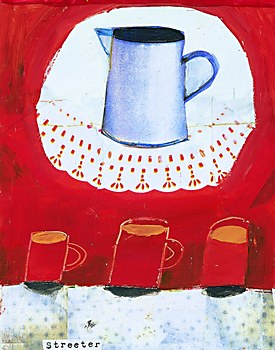 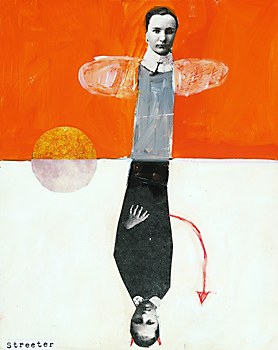 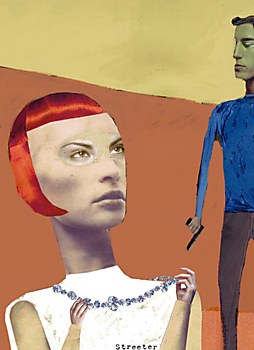 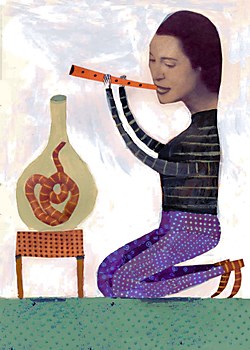 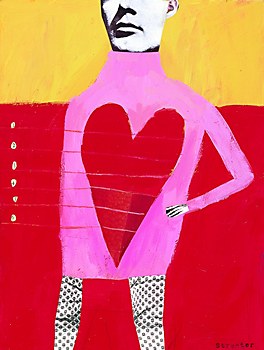 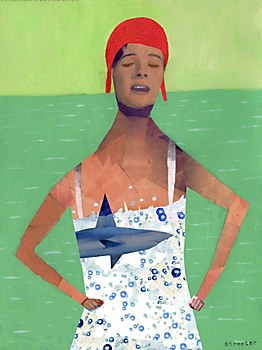 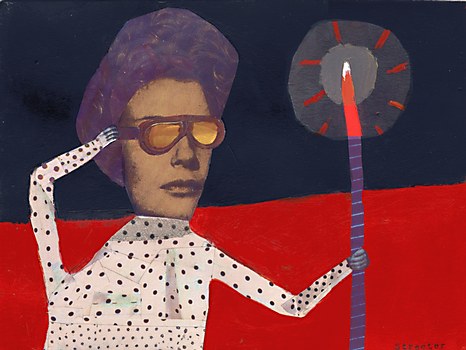 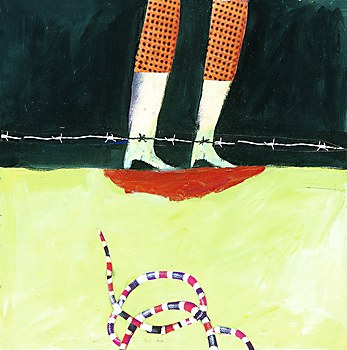 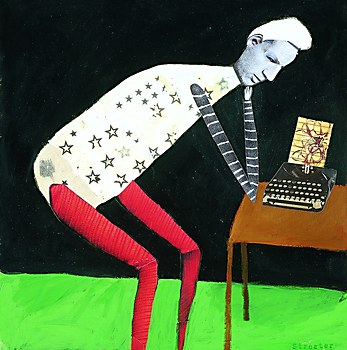 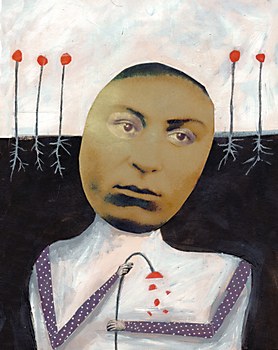 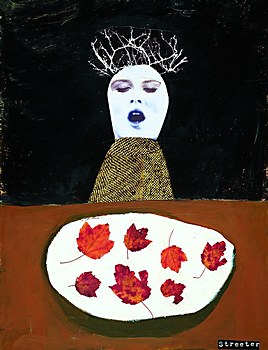 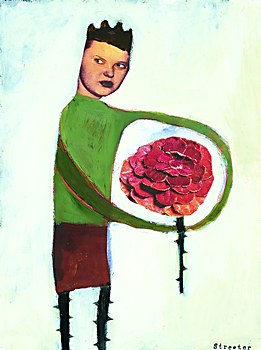 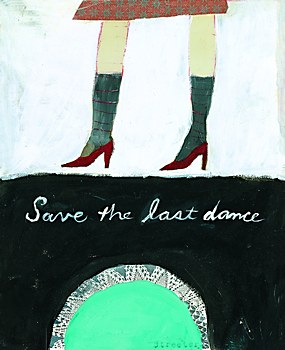 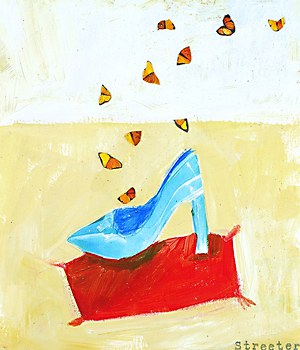 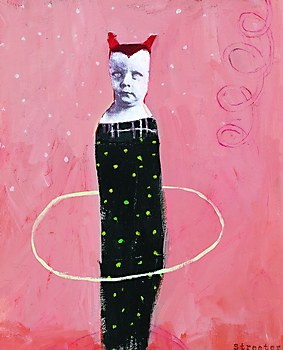 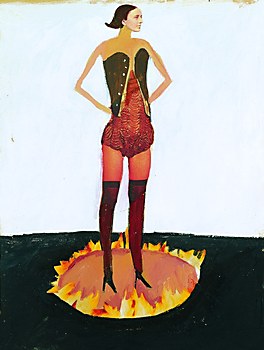 Meanwhile, she slowly built up a client list working mostly with national magazines as she began to branch out with self-promotion and industry recognition in annuals such as CA. But change was beckoning. "After five years I felt the itch to return to the East Coast, and felt like I was ready for New York," she says. "I had been visiting regularly, dropping off my book in high-rise office buildings while I explored the energy of the city. I realized that I wanted to be immersed in it.

"The industry seemed to be at a peak; there were a lot of jobs being given out and the dot-coms overflowed with opportunities that trickled down to freelancers," she recalls. On arrival in New York City, she joined a shared studio space with three other illustrators. She also started taking photographs of everything, because she found New York to be a city completely alive with change. "It inspired a lot of personal work as well, which bled into my illustration work.

"I had been doing some freelance work with the San Francisco-based online magazine salon.com, making illustrations to accompany the book reviews, travel stories and other editorial content on their Web site. Shortly after I made the move to New York City, they asked me to work for them as a staff illustrator (which lasted for a few years). I created one to three images for them daily, which was not only an amazing opportunity for work, but also one of the best challenges of my career. It forced me to juggle my workload, think and produce quickly, and organize my creativity, which is not so easy for me to do! That in itself changed my work a little bit. It forced me to simplify my messages. My collage images were getting less active and more direct."
I let my surroundings really influence me. Now that I've been on both coasts, I am torn between the clean, open-air quality of California and the gritty and intense energy of New York."


Her paintings often revolve around the mood evoked by a face. She feels her approach is perfectly suited to darker subject matter that needs a sensitive approach, although she is eager to state her interest in all types of assignments, not just those emotionally challenging projects.

She currently shares her small studio in a Lower East Side building full of artist studios. It is meticulously organized and immediately signals her interests, with its population of unusual dolls and doll parts. On one wall, a wood box frame holds three leaning yellow Peeps. An armless child mannequin stares benignly from in front of a window with a view towards a gray New York City sweep of buildings of varying shapes. Small doll heads limn the top of a frame. It's an efficient space with good light that is located within reasonable biking distance of her apartment in the East Village.

A collection of old Woman's Day, and other "housewife" magazines from the 1940s and '50s, is stacked against a wall. Sometimes Streeter scans from them, other times she cuts the image out and applies it to the surface of her paintings. "I tend to really be attracted to things from the past, and antiques," she says. "Things that have to do with memory or loss." She is fascinated by the stories behind portraits she finds at flea markets or tucked into a box at a thrift store. It's as if their stories are crying out to her to be interpreted. "There's so much behind the eyes," she says, describing the ineffable pull of a random photograph.

She has two distinct approaches to her art. "With preconceived ideas—illustrations—I definitely sketch things out; I start with an idea and then I go looking for the material to make that work," Streeter says.

"When I do my own work, it's the opposite way. I have boxes full of little scraps of images, little slivers of material that I've cut because of a great pattern or something. That's the unconscious stuff...My personal work is unconscious—the most pure," she claims. "I try to allow for all prior experiences to seep into my unconscious and influence my work."

Like many illustrators, Streeter tries to balance her career between commercial and personal projects. "I'm trying to incorporate two worlds into each other there," she explains. She recently exhibited at Galerie U Prstenu in Prague, Czech Republic, with colleagues David Goldin and David Miller. "If it comes up, I definitely go for the show; I've been in a number of group shows, but my focus is still illustration."

I tend to really be attracted to things from the past, and antiques. Things that have to do with memory or loss."


"Katherine Streeter is a refreshing visual presence in the editorial world," says Steven Guarnaccia, illustrator/designer and former editor of the New York Times Op-Ed pages. "Her work is at once elegant and unstudied. She arrives at her seemingly spontaneous torn paper compositions through a series of sketches, wonderfully drawn in their own right."

She frequently works with art director Patrick JB Flynn on various publishing projects. "He has been a great influence on a personal level because in nearly ten years of working with him, he has always given me so much artistic freedom." Flynn says, "Katherine Streeter is one of those rare illustrators who consistently brings an element of surprise to her art—and a pleasant surprise at that—extending the line of inquiry and the form of content in her illustration.

"Through her stark composition of shapes and figures, she enhances the application of color. She confounds scale and proportion, charming the viewer while piquing interest and pushing secret buttons of concern. Through her use of collage, Katherine appropriates printed ephemera and applies it through reinvented shapes and textures that serve to subvert and heighten the original reference. Her illustration takes the mundane and gives it meaning. Above all, her art speaks to the human condition. Whether the assignment concerns children on the run, lesbians in lust or a dog in a dream state, she brings compassion and understanding to the subject through her art. For an art director, this instills trust, a most valuable asset for collaboration."

"I try to let my work evolve organically," Streeter explains. "I let my surroundings really influence me. Now that I've been on both coasts, I am torn between the clean, open-air quality of California and the gritty and intense energy of New York.

"I don't know where I'll be geographically in five years, and I can't plan how my work will look, but it seems that I've been focusing more on series and groups of images surrounding a common theme, or idea. I've been thinking a lot about books...and also I'm making more three-dimensional work, finally trying to piece together various objects I've been collecting that are piling up around me." Katherine Streeter's career is an evolving work of art itself, unfolding from the elements surrounding it, like the layers of a collage. ca 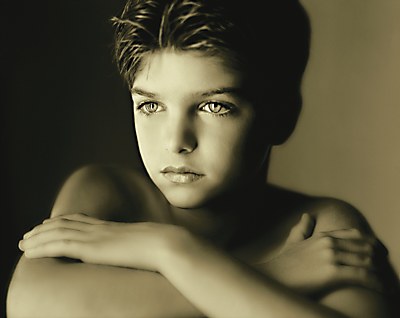 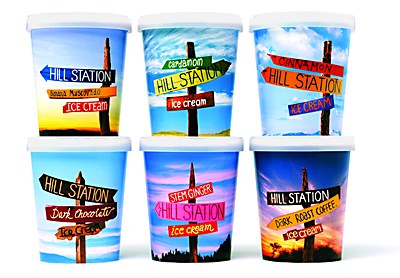