This Seattle-based photographer steers the narrative for Indigenous peoples into new waters.

It’s easy to say that Seattle-based photographer Kiliii Yuyan’s photos are beautiful and majestic, but his work is particularly distinguished by its visceral nature. His tableaux are holistic, bringing all visual elements into harmony; there is a sense not of looking at these panoramas, but experiencing them. I marveled at the texture coaxed from each flake of snow; sunlight streaming through the span of a vulture’s lofted wings as it feeds on a dead calf; the ear-popping clarity of a river winding through a gorge; Icelandic rock formations whose jagged peaks joust for the sky. But the breadth of Yuyan’s vision is not conscribed by remote, breathtaking landscapes; in fact, his work is about the proud Indigenous people and communities who make their lives there.

Frequent collaborator Nejma Belarbi knows this better than most. She is the codirector of Voices For Biodiversity, an environmentalist nonprofit. “His perspective and dedication to sharing the importance of the relationship between ecosystems, biodiversity, and Indigenous knowledge and practice is commendable,” she says.

When I hop into Yuyan’s compact truck, I’m struck by his affability and boyish appearance, both of which belie his 39 years. I quickly discover that we grew up in the same county, each raised by our respective fretful immigrant parents. Yuyan, the first of two brothers, was born in Annapolis, Maryland, to a Han Chinese father and a Nanai mother. Known as the Nanai in Siberia and the Hezhe across the Chinese border, they are Indigenous people whose traditional way of life is centered around fishing. His early years were spent shuttling back and forth between the United States and a village in what is now northeastern Manchuria. Yuyan’s parents were determined to make a life in their adopted country, but they struggled mightily in those early days. Long hours and frequent relocations meant the children would often be entrusted to the care of Yuyan’s maternal grandmother.

Photography was not Yuyan’s first love. He has always been inexplicably drawn to the water, to its wild, unknowable depths and to the vessels that brave its embrace. He remembers his grandmother’s stories of catching sturgeon with her father on the Amur River—giants too big to pull aboard their canoe. She kept picture books of a Nanai boy riding the back of an orca, and told stories of a hero who undertakes a river odyssey. No doubt all of that was part of why, when he stumbled on George Dyson’s Baidarka, a seminal work on the Aleut sea kayak, Yuyan was captivated. Two weeks later, he enrolled in a skin-on-frame kayak-building workshop. 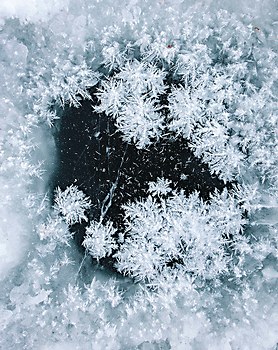 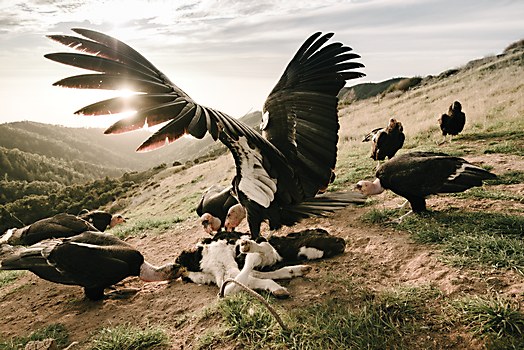 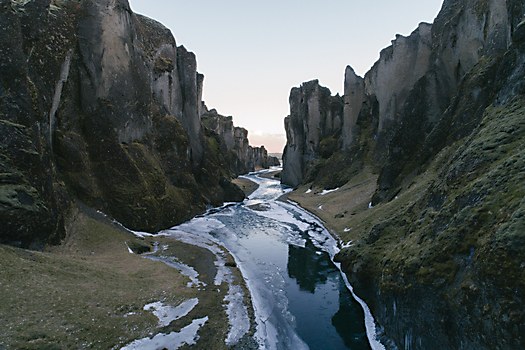 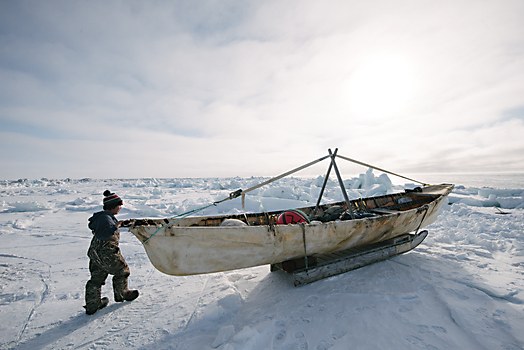 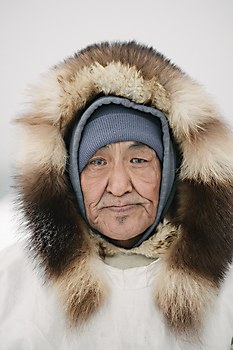 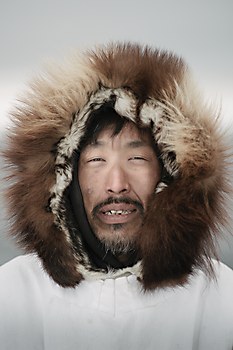 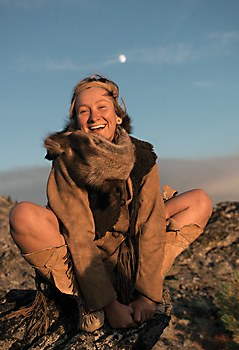 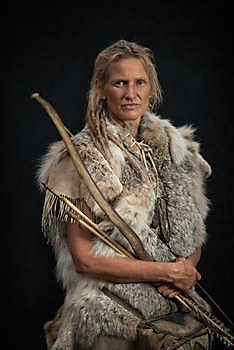 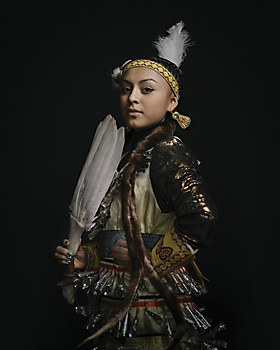 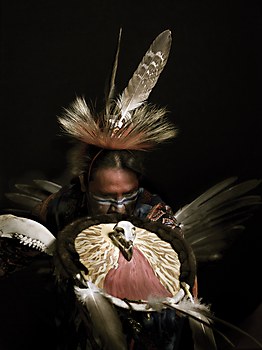 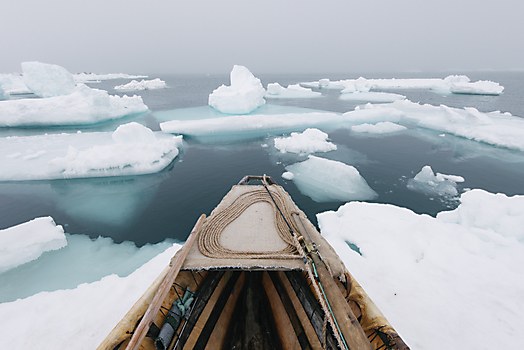 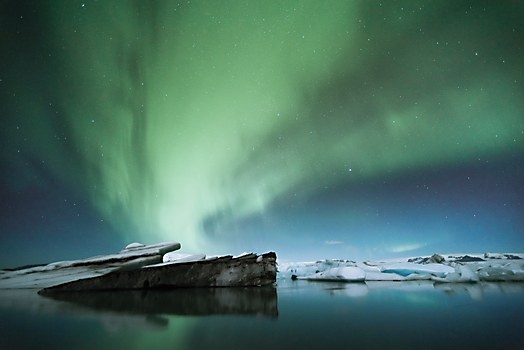 “If that happened now, I think I would feel weird about learning to build kayaks from a White guy who learned from a White guy,” Yuyan says, “but I also think about how awesome it was that it didn’t vanish, and how important it was that myself and other native people were able to bring it back [to our communities].”

Identity is a thorny issue for any first-generation immigrant, but for Yuyan, it was particularly fraught. Trying to be Chinese and American was hard enough, but his family had its own internal identity crisis that only fully became clear to Yuyan as an adult. In China, Nanai/Hezhe people are discriminated against and marginalized. That internalized racism and self-loathing was the unacknowledged dark cloud that hung over his childhood. Growing up, there was no discussion of their native heritage at all.

“One time, my brother and I were playing in the forest behind our house in Maryland, and we made a shelter out of sticks and leaves—probably something we had done playing in China,” Yuyan remembers. “And a bunch of bugs were crawling around in there, so I made a smudge bowl and started to smoke them out.”

Neighbors saw the smoke pouring from the backyard and called Yuyan’s parents, panicking. He vividly recalls his father’s blinding rage—how he cursed and called them “dirt people” in Mandarin. Only later would Yuyan realize it was not a literal admonishment for getting dirty playing in the woods, but a racial slur for Nanai people. He tells me this story in a booth at Seven Stars Pepper Szechuan Restaurant as we share fragrant plates of spicy wontons, numbing pork and dry-fried green beans. The food is legitimately delicious. Still, Yuyan’s demeanor shifts ever so slightly, his infectious enthusiasm dropping a beat as he reflects. It’s clear that even now, this is a difficult subject.

After Yuyan graduated from high school in Silver Spring, Maryland, he enrolled at Carnegie Mellon University in Pittsburgh. He studied cognitive psychology before switching to design, despite his parents’ insistence that his education be in service of pragmatic financial goals, not “art.” But Yuyan was determined, and after graduation, he and a few friends started a design boutique in Pittsburgh in 2000.

I had long thought I was in my ‘Indigenous shoes,’ but in order to do photography that is meaningful and deep, you have to really, really own it.”

“I really wanted to work for nonprofits, so we were barely scraping by, and anytime we needed assets, I would go out to shoot stuff. It was really bad, though,” Yuyan says with a laugh.

The design work also helped Yuyan get his kayaking business off the ground. It was eight years ago, when he moved the kayaking business to Seattle, that Yuyan’s relationship with photography changed. He got interested in more-advanced lighting techniques, gleaned from off-camera lighting blog Strobist, and eventually started assisting Seattle-based photographer David Clugston, which led to assisting Damon Parrish at REI, which snowballed into a position shooting for REI.

As much as Yuyan enjoyed commercial photography, it started to feel limiting. At first, he thought he was burned out. He spoke to career consultants, and one, Monica Suder, told him he wasn’t burned out—he was uninspired. Suder told Yuyan that he needed to do something that mattered to him.

“I had long thought I was in my ‘Indigenous shoes,’ but in order to do photography that is meaningful and deep, you have to really, really own it. And to do that, I needed to reach out to the North American Indigenous community,” Yuyan says. So, when representatives from the website Digital Photography Review reached out with an assignment and asked him where he was interested in shooting, Yuyan didn’t hesitate.

He traveled to Utqiaġviq on Alaska’s North Slope, where the Native Iñupiaq people still hand sew skin-on-frame boats—in this case, the umiaq, a bigger version of the baidarkas that Yuyan had fallen in love with a decade before. That short assignment morphed into a three-year mission, altering the trajectory of Yuyan’s personal and professional life. The result was People of the Whale, a powerful, intimate portrait of the Iñupiaq and their struggle to maintain their way of life in the face of climate change and the pressures of modernity.

Out on the ice, there is no room for impartial observers. Yuyan is welcome on Iñupiaq expeditions because he has two hands and works hard, not because he works for National Geographic. As beautiful and esoteric as the landscape is, this is one of the harshest places on Earth, and constant vigilance is required.

Every minute sound, every movement, you are aware of it all, and you know what everything is. It’s a feeling everyone feels, where you might have eight guys watching the water for three hours and nobody says a word.”

“At night, there is always one person on watch for polar bears and breaking ice. And you just sit there, and there isn’t much stimulus, and your mind kind of lets go; where, cliché or not, you are totally in tune. Every minute sound, every movement, you are aware of it all, and you know what everything is. It’s a feeling everyone feels, where you might have eight guys watching the water for three hours and nobody says a word,” Yuyan says.

He is quick to point out that in many ways, the Iñupiaq are distant relatives of the Nanai; they just live on the other side of Siberia. For a variety of reasons, it is very difficult for Americans to travel to Russia’s Far East, and Yuyan has not yet managed to visit the region as an adult, to see his birthright for himself. The experience of being among the Iñupiaq was unique for him in all his travels around the world because he felt comfortable—so “at home”—in a way he never had before.

“I feel like part of the community. That project is done, but if I don’t go whaling up there come springtime, I am going to feel really weird. It was the first time my work life really crossed that line where”—he pauses, searching for something before stating firmly—“I could never not go back.”

Working with Indigenous communities and not just as an agency’s hired gun certainly has its rewards, but it also means that Yuyan is responsible to a lot of people, not just himself and his editors. He tells me about his time in Gambell, Alaska, on St. Lawrence Island, a spit of land in the Bering Sea. Gambell has one of the highest suicide rates in the world, and Yuyan was determined not to do the sort of flyby, exploitative journalism he had seen so many times. He went to the high school and offered his skills in the form of an art therapy program focused on suicide prevention. It was a challenging and ultimately powerful experience for Yuyan, and one that required careful negotiations with the Indigenous community in Gambell—negotiations that often had to be renegotiated anytime someone in the community voiced a new concern. “In a situation like that, I am still an artist, but so much happens before that shutter clicks,” he says.

I ask him if he is still doing commercial work, and he nods in assent. For Yuyan, it is all about context.

“I’ve mostly worked with socially responsible agencies that have been open to a dialogue on how to best approach advertising or other work with Indigenous themes,” he says before we part ways. “I will probably always be a documentary photographer first and foremost, but I recognize that doing commercial work is a powerful way to engage the world and a powerful lever to change the narrative for Indigenous peoples.” ca 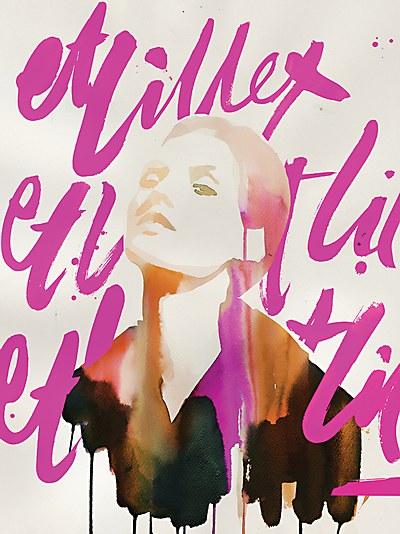 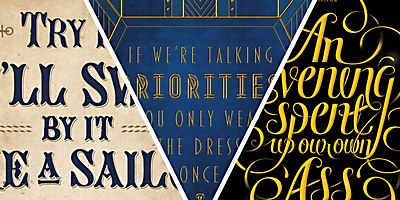 Features / Advertising
Austin Creatives
In a Texas haven for creativity and business, three indie agencies are making music of their own.