This multi-disciplinary firm nurtures its culture as much as its creativity. 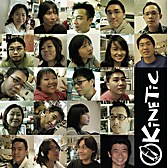 To the outsider, Singapore seems both exotic and familiar. Gleaming skyscrapers tower over colonial architecture. Traditional Chinese and Hindu temples and Islamic mosques are scattered throughout a city dominated by shopping malls and spotless public housing. Chinese, Malays, Indians, as well as ex-pats from around the world, coexist in a predominantly English-speaking society. It’s a unique mix of old and new, East and West, democratic and authoritarian.

Author William Gibson called it “Disneyland with the death penalty.” It’s also been called “the world’s only shopping mall with a seat in the United Nations.” There’s no denying, however, its economic prosperity exemplified by the world’s busiest seaport and the fourth largest foreign exchange trading center. Singaporeans enjoy one of the highest standards of living in Asia and the country’s students regularly score the highest when competing in international science and mathematics competitions.

Despite the rigorous educational environment, the principals of Kinetic Singapore didn’t quite fit the academic mold. “All four of us were definitely not your typical straight-A students,” said co-founder and interactive lead Sean Lam. “One was even deemed ‘useless’ in society—courtesy of a rather unkind school principal. The rest have either school-hopped or have had to repeat a year in school because of bad grades. All of this was before we found ourselves in communication and design courses. Three of us eventually graduated with a design diploma, and one with a communication degree. We all topped our graduating classes.” 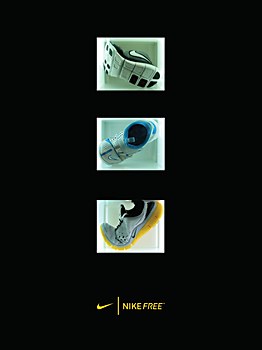 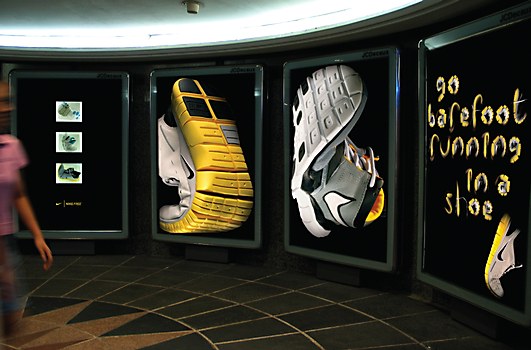 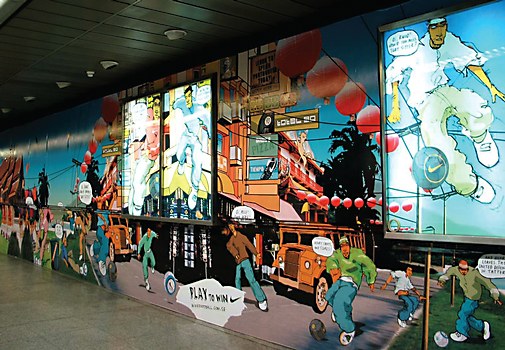 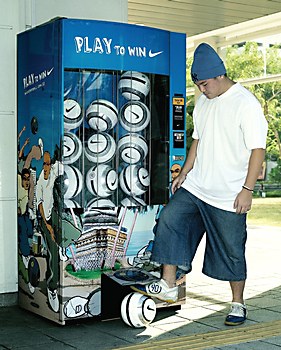 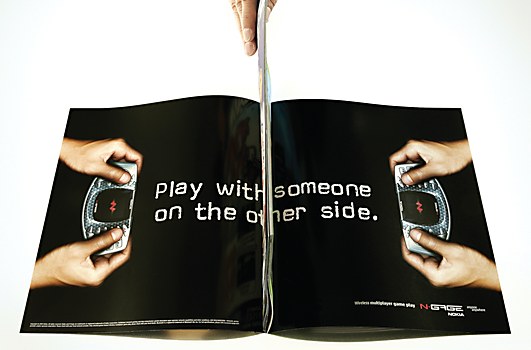 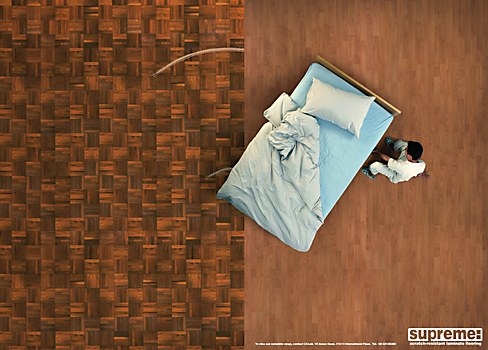 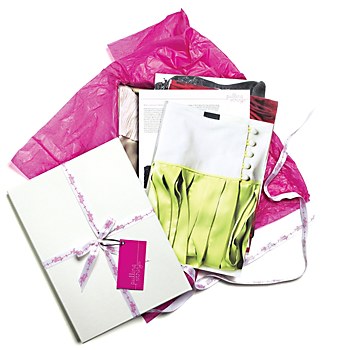 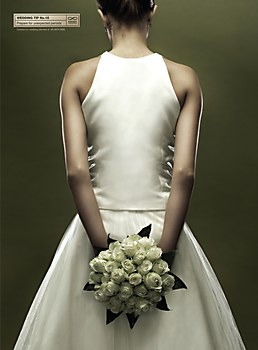 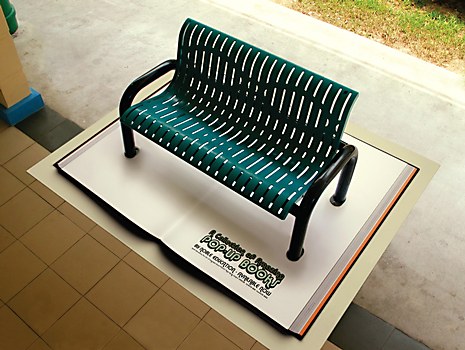 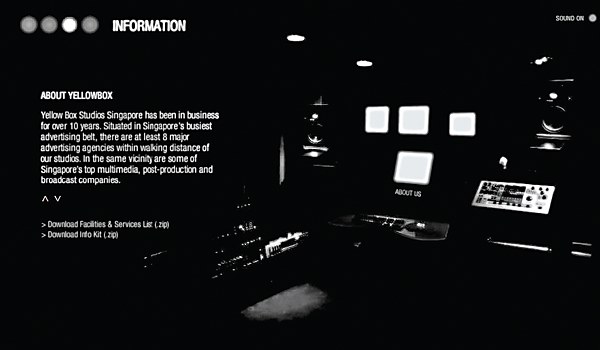 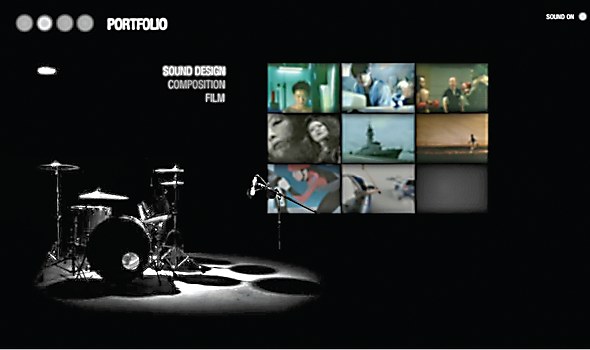 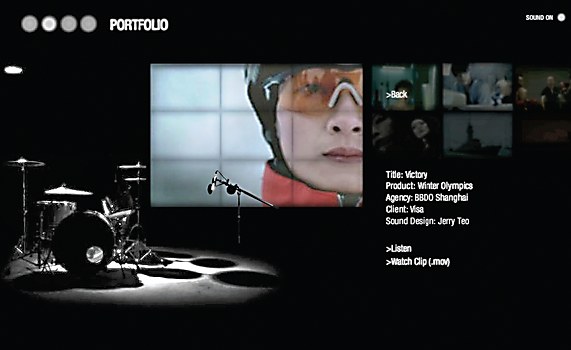 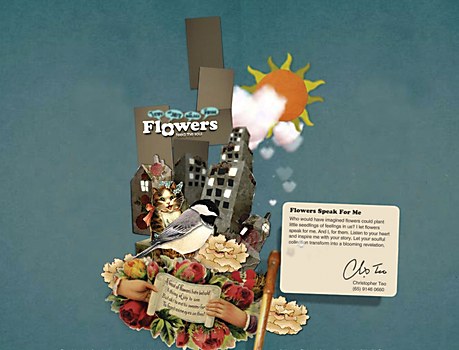 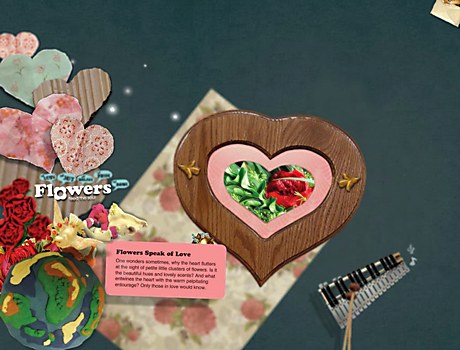 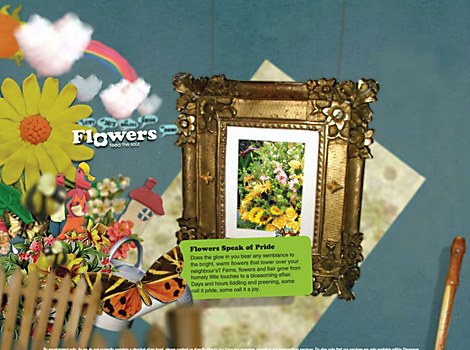 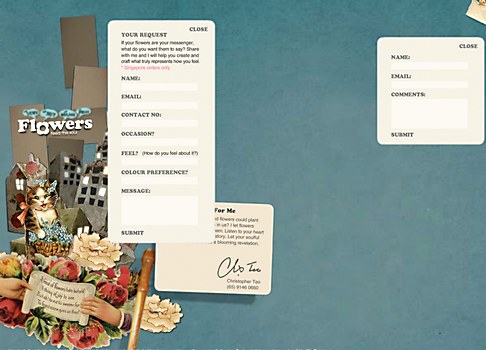 Restlessness may not have been the cause of their early academic difficulties, but it’s certainly been a factor in their professional success and the reason the firm came into existence. “Kinetic was born out of the sheer boredom we experienced doing corporate work in a multi-national agency,” Lam said. “We were only in our mid-twenties when we started Kinetic. Tainted by cynicism? Not quite yet. Worried about job security because of our kids? We weren’t even thinking of any yet. With tenacity, intelligence, creativity, a lot of hard work and maybe a little luck, we were sure we would make it.”

Kinetic Interactive was founded in 1999 as an interactive-only agency by Lam and account director Carolyn Teo with the support of Adrian Tan and his company Ad Planet, which provides financial, administrative and media support for Kinetic and five other autonomous creative boutiques. “He believed in our passion even though we had just a few years of working experience in the industry,” Teo said. “For a Chinese businessman, this is indeed rare, as most worry largely about profits and loss. Adrian just had one goal—to make it happen for us.”

Armed with a lot of “what we can do” portfolio pieces and Teo’s prior client relationships, Kinetic Interactive took off. Soon clients began asking for traditional creative services as well as new media, and Kinetic responded by launching Kinetic Design and Advertising in January 2001 with Pann Lim and Roy Poh as creative directors and partners.

“With more clients developing a greater sense of confidence in us and our brand, it was a natural process of expansion,” said Poh. “Our design and advertising arm enables a Web campaign to be extended into the other platforms of traditional advertising and marketing and vice versa.”
It’s time more independent shops get recognized on the international creative scene and start winning awards for their countries.” —Sean Lam


“We’re here to break the barriers that hinder communication and to explore the creative and conceptual limits of our projects,” added Lim. “After all, we started out questioning why the majority of communication materials out there couldn’t have been designed differently, with a bit of thought, with a bit of flair. Why above all, shouldn’t design involve greater interactivity to give consumers greater meaning? Kinetic is driven by the passionate belief that creativity can be transformed into arresting visuals that will stop people in their tracks—without losing sight of the key messages and the brand image. At the end of the day we do take our work and our clients’ welfare very seriously. And while we champion creativity, we’ve always ensured that our work functions well for our clients.”

While the partners can sound very serious about their work, it’s not hard to find playfulness in their portfolio or their offices. Located on the third floor of a former biscuit factory and surrounded by blocks of ubiquitous public housing (home to 90% of Singapore’s population), Kinetic is only about 10 minutes from the city center by car or mass transit. The predominantly-white work space is defined by exposed wood sections, utilitarian tables from IKEA and raw light bulbs hanging from the ceiling. Instead of the usual “awards” wall, the reception area is dominated by a gallery displaying a belly-button duster, old cigarette boxes, an antique camera, plush dolls, designer toys and a tennis racket. In addition to a library, kitchen and meeting room that sits 30, their offices also include ping-pong and Foosball tables. “We chose the name Kinetic mainly because the name ‘Energy’ didn’t sound quite as nice and ‘Kin’ represents our family-like culture,” said Lam. “We treat all our colleagues at work like close friends and family. We consciously cultivate a work culture and environment that is fair, friendly, transparent and as far removed as possible from your typical conceptualization of a work place. Now, this may sound as if it’s lifted from some human resource development manual, but it’s not. It means the occasional late-night counseling of a love-sick colleague, taking time off to attend the birthday of a workmate’s baby or organizing a surprise barbecue session. You spend anywhere from nine to fifteen hours on average in the office everyday. It’s sad if you’re detached and disengaged from it all. Above all, being good friends also means that we always give and take.”

That give and take comes in handy during the ideation process when everyone (fourteen creatives, six account managers and one administrator) is required to sit down and help brainstorm. “Whichever idea that comes out tops is used, regardless of who comes up with it,” said Poh. For most jobs, the interactive and design/advertising divisions function independently, but on jobs that require integration, the division becomes invisible. “It doesn’t matter what medium is used. It’s really about whose idea works and that department takes the lead if their idea is chosen,” Lim added. “There’s no ego shit here, so that helps.”
We’re here to break the barriers that hinder communication and to explore the creative and conceptual limits of our projects."— Pann Lim


Singapore has been described as one of the most business-friendly economies in the world and its creative industry has expanded rapidly in response to the influx of multi-national corporations opening regional offices. Has this growth translated into clients being more open to new ideas?

“Ironically, it’s not true, but it’s changing,” Teo said. “Creativity and innovation are strategies used to stand out from competitors, and Singapore is a very competitive country. However, the bottom line is still results. It’s what they are always looking for, whether these quantifiers are instant or not. Like anywhere around the world, clients that are willing to take more risk and champion great work are still hard to come by.”

Far from feeling isolated from the rest of the creative world, the principals of Kinetic find plenty of creative inspiration in their own backyard. “Today, the youth of Singapore are driven by technology,” Poh said. “The rapid development of new media has opened up access roads to a diverse universe of cultures and subcultures. This has allowed the younger generation from all over the world to learn from, and influence each other. Parents are no longer their mentors, and neither are teachers. Instead, they tend to learn from their peers through the miracle of technology. New styles or creations are always at their fingertips; they’re no longer ‘backdated’ or a few seasons late. So many people in a limited space accounts for colliding, coalescing trends that morph or evolve quickly, and that makes this market an epicenter for design inspiration.”

After only eight years in business, Kinetic’s reputation has expanded far beyond their regional client base. This is primarily due to their participation in local and international award competitions. “We pitch ourselves against the very best so that we can always get the very best out of ourselves,” Lam said. “We hope that Kinetic will be a source of inspiration for the younger generation to venture into our industry. It’s time more independent shops get recognized on the international creative scene and start winning awards for their countries.”

Could this international recognition be the catalyst for expansion? “We don’t know because Kinetic was never based on plans,” Teo said. “We just let our passion take us as far as it can. Kinetic is a story of local people having the passion to dream the impossible. It is recognition that a small country like Singapore is capable of producing global talent that can take on the world. As for where tomorrow will bring us, we’ll let the creative impulse be our guide.” ca 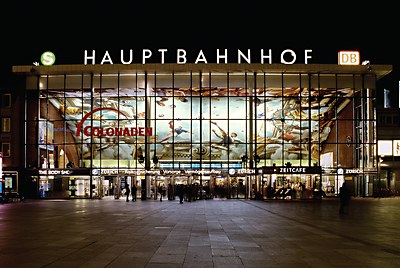 Features / Advertising
Unconventional Advertising
It's all about the buzz—an overview of clever, original and effective ad campaigns. 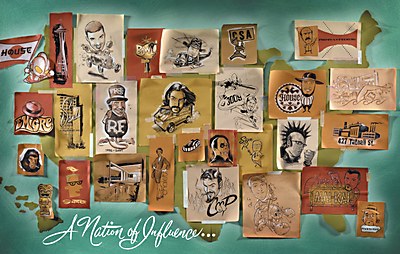 Features / Typography
House Industries
A Delaware-based independent type foundry that literally marches to the beat of its own drum. 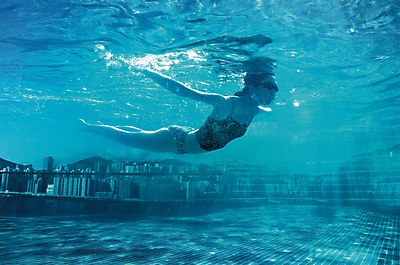