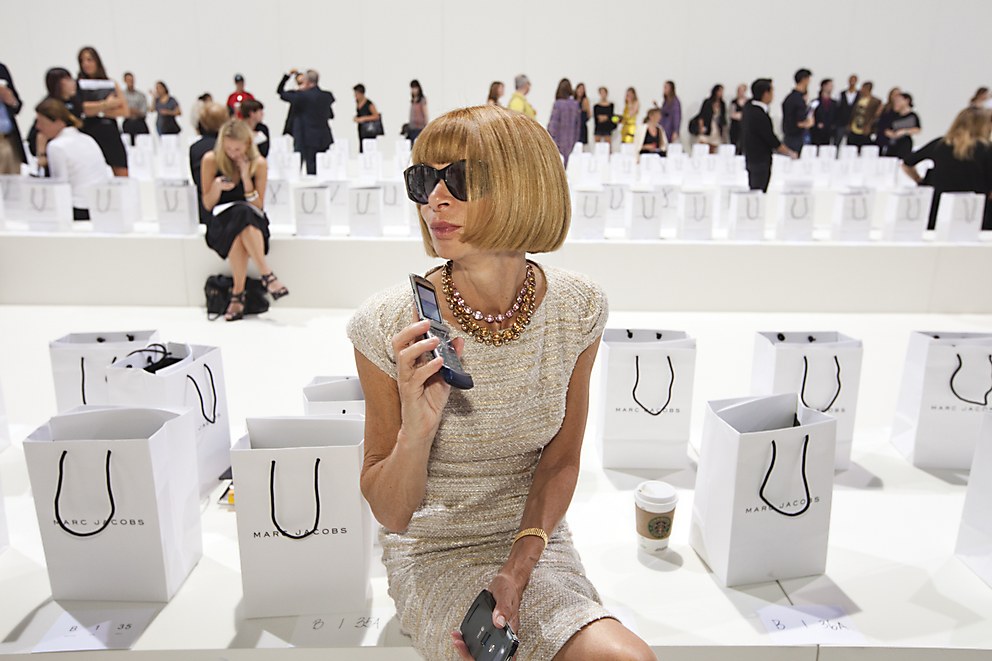 The deeper one delves, the easier it is to feel admiration for the single-minded dedication and perseverance that has molded Lauren Greenfield’s stellar body of work. 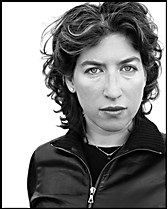 The deeper one delves, the more admiration one feels for the single-minded dedication and perseverance that has molded Lauren Greenfield’s body of work. And quite a stellar body of work it is: She has been named by American Photo as one of the 25 most influential working photographers, her work is in many museum collections, including the Getty and the Los Angeles County Museum of Art, and she is regularly published in the pages of the New York Times Magazine, GQ, Time and many other magazines.

The 44-year-old is petite, with penetrating blue eyes and curly hair that frames an intelligent, open face. She is soft spoken, and radiates confidence. When she speaks to people she focuses intently on them, with a direct gaze and open curiosity. 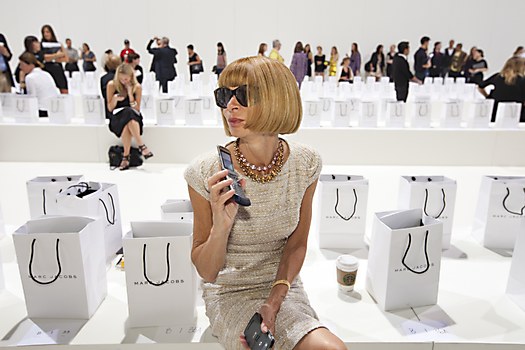 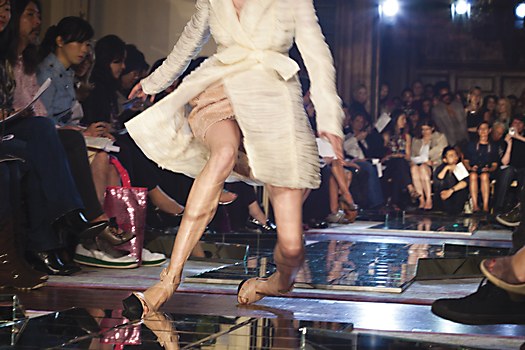 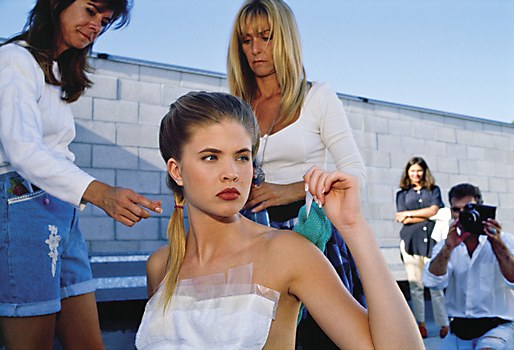 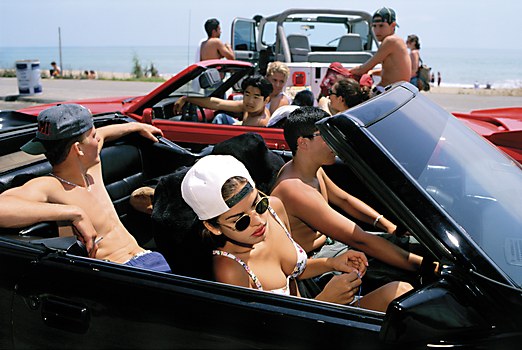 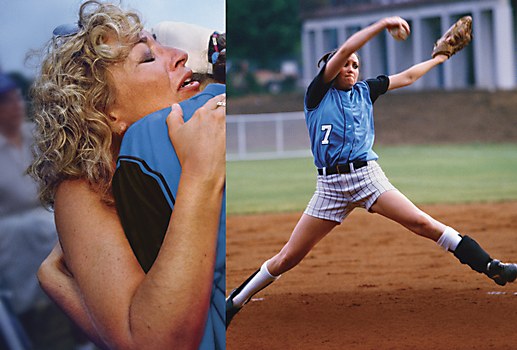 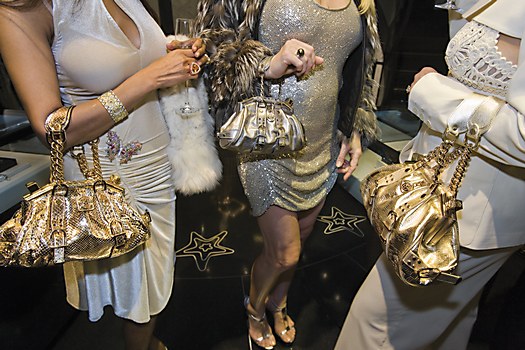 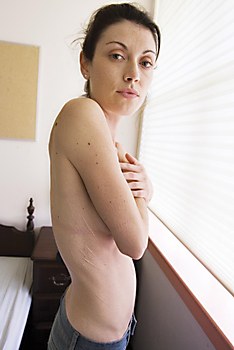 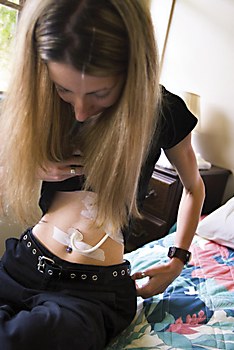 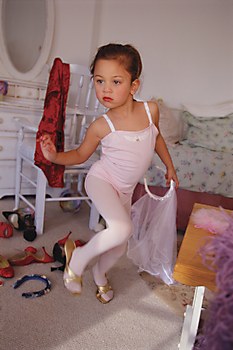 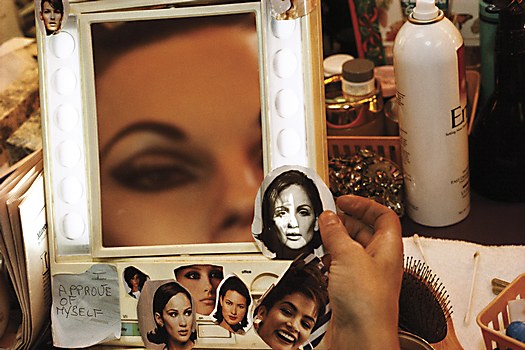 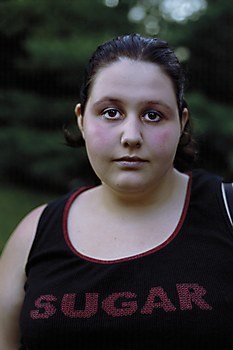 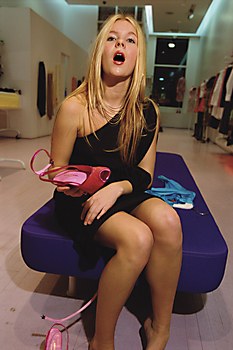 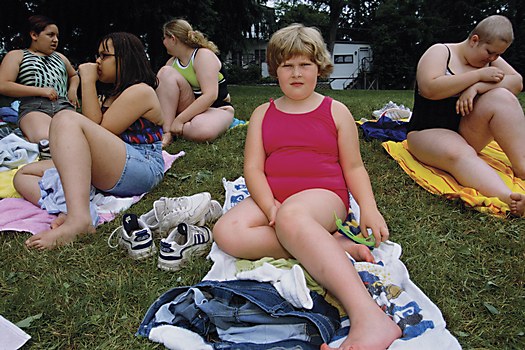 All of her work is shot on location, and she almost never works in a studio. “It’s real people, real places, real journalistic stories,” Greenfield says. She began photographing in elementary school. Her first self-assignment in high school was photographing the hands of old Jewish women—mainly those of concentration camp survivors—who gathered on the beach in Santa Monica, where she grew up. For this work, she won the Jewish Historical Award, which gave her a first boost of confidence in her photography.

Greenfield worked on the Harvard Crimson newspaper while attending the university, and had the opportunity to spend a year traveling around the world with several of her professors, a study of visual anthropology that combined the theoretical with her interest in photojournalism. “That was a real life-changing experience where I realized that my calling was documenting culture. I didn’t know if it would be photography or filmmaking, but I [knew I] wanted to document culture.” Greenfield graduated from Harvard in 1987 and began her career as an intern at National Geographic.

Her empathy and clear-eyed non-judgmental nature have allowed her access to diverse social and cultural worlds from East Los Angeles gangs, to the ultra wealthy of Los Angeles and women suffering from debilitating eating disorders among many other subjects. She allows her subjects to speak for themselves, through their response to her unflinching gaze—camera in hand.

She lives in Venice, California, with her husband (and manager) Frank Evers, CEO of Institute For Artist Management, and their two sons, Noah, ten, and Gabriel, four. Within their modern two-story home, a museum-worthy collection of black-and-white photographs by Garry Winogrand, Lee Friedlander, Diane Arbus and Helen Levitt line the white walls. Evidence of young children is seen in the downstairs bathroom, but the primary decorations are the iconic images that inspire this couple who have made the world of photography their own. Her studio is located at the back of the property, above a Zen-like garden with ample seating and a bubbling fountain. She has two full-time staff members, one part-time, and depending on workload, two to three other assistants. It’s clear when Greenfield walks through the studio that she is the boss—in the best sense of the word. She has a vision, a plan and a team to help implement the products of her intense focus: photographs, books of photographs and documentary films.

Greenfield has a deft touch as a director, eliciting natural responses from her subjects and editing her powerful images into compelling stories told in emotional moments, touching the hearts of viewers and opening up dialogue about difficult and complex subjects.
The kids are the truth-tellers for their communities. They call it as it is and they reveal as much about the adult culture as they do about themselves.”


Drawn to cultural extremes, she has photographed prostitutes at Nevada’s Bunny Ranch, the wives of white collar criminals, participants at rock ’n’ roll fantasy camps, runway models, lipstick lesbians and nearly every cultural trend of the last two decades, with insight and intelligence. “I often use the extreme in my work to speak to the mainstream of the culture,” Greenfield claims.

Her mother, a psychology professor at UCLA, did extensive research on the Maya and Greenfield spent two summers when she was three- and four-years-old in a remote Zinacantecan village that she returned to 21 years later to document. Because she had a relationship with a family there, she was granted unprecedented access to chronicle their daily lives and heretofore undocumented rituals. This is one of many examples of her work being influenced by her life and coming full circle into a creative product.

“My first book project [Fast Forward, published in 1997, subtitled Growing Up in the Shadow of Hollywood] was somewhat autobiographical, about growing up in Los Angeles and the effects of money and culture on youth. It was more about what hadn’t changed,” Greenfield says. “A lot of social pressure, a lot of materialism, it was a place where a lot of kids had money and the kids with money set the tone. And now it happens not just from peers, but also from images on television, like Keeping Up With the Kardashians. In my high school there was also an influential Hollywood presence, and my high school experience influenced my documentation of the cult of celebrity and the importance of image in our culture.

“But when I went back to LA to photograph Fast Forward from 1992–1995, there was a new phenomena: MTV and hip-hop had blown up and rich kids were looking to emulate inner-city culture; on the other side, inner-city kids and hip hop artists were focused on bling and riches.” Flash Foward showed the homogenization of youth culture and the concomitant serious implications about our values and kids’ early loss of innocence. She allows that since then, media saturation, exacerbated by social networking, has become even more “turbocharged to the point where we have to unplug.” Greenfield also believes that media literacy is a critical skill for young people today and to that end has created educational curriculi to accompany her documentaries, which have been used extensively by educators from middle school to university level.

Fast Forward, was followed by the equally critically acclaimed Girl Culture, a five-year exploration of girls and women and how the body has become a central expression of identity for them. Ironically, Greenfield points out that while we might think that in Victorian times women were more constrained by their clothing and social mores, today's young women must work harder and are under more constraints because the body is more exposed
than ever.

“In Girl Culture I tried to look at the whole continuum of body projects from the ones we take for granted that are so commonplace like makeup, fashion and grooming—and how they are, perhaps, a time drain, brain drain or an economic drain—to the most self-destructive like eating disorders, cutting and promiscuity, and when you take it to that point it can then become a matter of life and death. I tried to show that continuum in a way so you see how serious the little things are that we take for granted. When you start deconstructing these messages, it actually does take us all down this path as a culture that can be dangerous and collectively problematic,” she says.
I often use the extreme in my work to speak to the mainstream of the culture."


“Frank has always helped me organize a multiplatform approach in my work both creatively and in terms of distribution. With Girl Culture it was a book, a magazine article, a traveling museum exhibition, an educational curriculum, and then with film that just expanded it even more. We wanted to get away from a strictly photojournalistic model to expand the audience and create greater social impact with the work,” she explains.

The statistics that inform her first feature-length film, THIN, and its accompanying photography book (published by Chronicle Books in 2006) are as daunting as the haunting images of young women whose self images are so distorted that they are literally starving themselves to death. The film opens with the following two lines, “The statistics are staggering: Eating disorders affect an estimated 5 million people in the United Sates,” and “As many as 1 in 7 women with anorexia will die from the illness.” Her unflinching look at the day-to-day struggle of four women at Florida’s Renfrew Center is wrenching to watch as it challenges our perceptions of beauty, and body image. Commissioned by HBO, THIN premiered at the Sundance Film Festival and went on to garner the John Grierson Award for Best Documentary at the London International Film Festival, and an Emmy nomination for Best Directing.

Kids + Money (also broadcast by HBO), her hard-hitting 2008 film, is a fluid conversation with Los Angeles youths from throughout the City of Angels and their relationship with money—and by extension the pervasive grasp of advertising on today’s youth, and their collective sense of entitlement. Greenfield says of her subjects, “The kids are the truth-tellers for their communities. They call it as it is and they reveal as much about the adult culture as they do about themselves.” The documentary short also screened at the Sundance Film Festival (where she is now on the Alumni Advisory Board) and went on to win an impressive roster of awards including the Audience Award at the American Film Institute Festival, to the Michael Moore Award for Best Documentary Film at the Ann Arbor Film Festival, and Best Documentary Director at the California Next Gen Film Festival.

People relate to Greenfield’s work in a very personal way. The THIN and Girl Culture traveling exhibitions, curated by Trudy Wilner Stack, have been seen by more than half a million people in over 30 venues around the world, and many viewers have written personal notes, almost like diary entries at the venues where they were shown.

“I feel really blessed because for the most part when I do commercial work, I am asked to do what I do in my other work and am able to stay true to my own style and seeing,” she says. “On the other side, I’ve actually learned a lot from the commercial work, now commercial directing as well as print, because it’s more collaborative and you have a lot more resources.”

And finally, the woman who has single-handedly tackled nearly every subject of importance to women says, with a big smile, “My boys ask when are you going to do boy culture?” That may come eventually, but for now Greenfield is focused on a new body of photographic work and a feature-length documentary film about wealth and the economic crisis, scheduled for release in 2012. ca 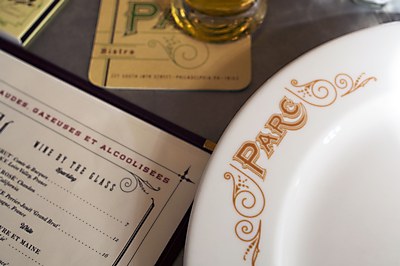 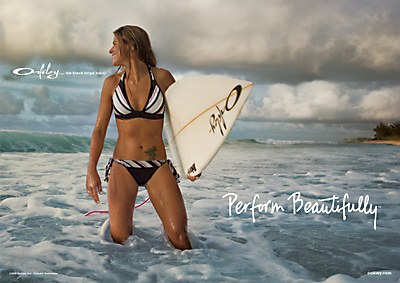 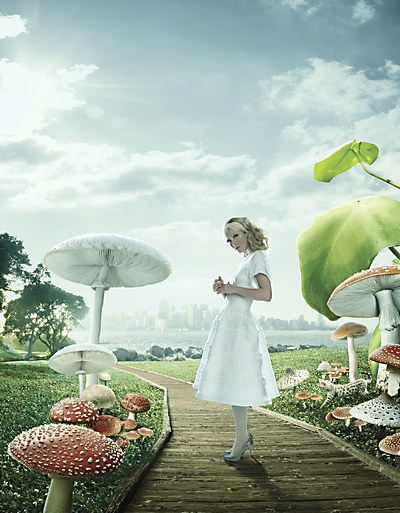